Standing water is becoming an issue in areas around the District as ongoing rain showers keep flood warnings in effect until at least 4 PM.

Flooding has already begun in some of the warning area, particularly Fairfax County. 1 to 2 inches of rain have already fallen around the region, with another 0.5 to 1 inches of rain anticipated today. That could cause additional flooding as the day progresses.

The affected areas include Montgomery and Prince Georges counties in Maryland as well as the cities of Arlington, Alexandria, Fairfax, Falls  Church, Manassas and Manassas Park in Northern Virginia. Fairfax, Loudoun and Prince William counties in Virginia are also under warning.

NBC Storm Team 4 Meteorologist Briana Bermensolo advises drivers throughout the DMV “watch for standing water on roads” as well as “washed out roadways to the north and west.”

The inclement weather pushed Howard University’s commencement ceremony indoors but has yet to seriously affect the Wells Fargo Championship in TPC Potomac. 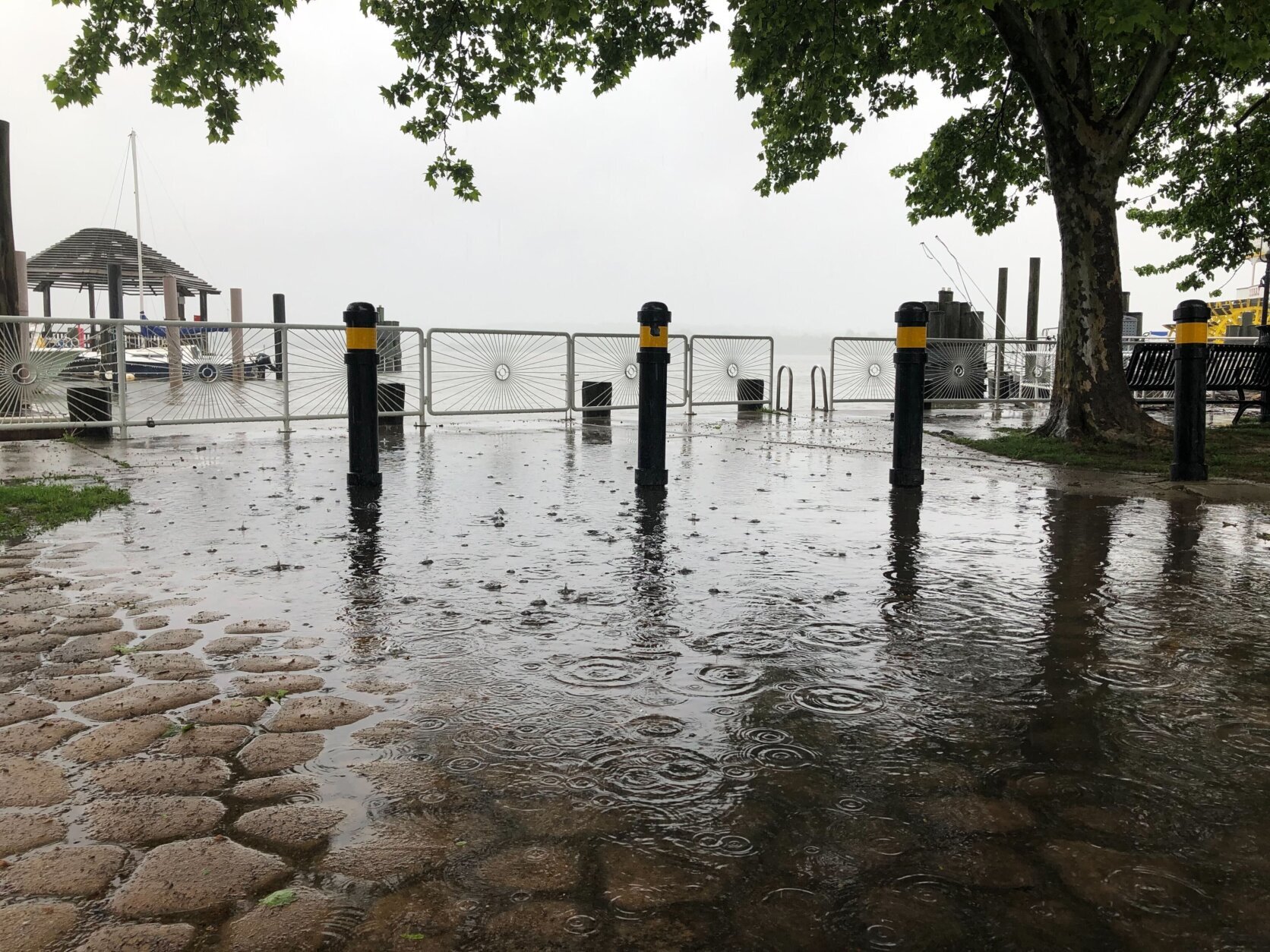 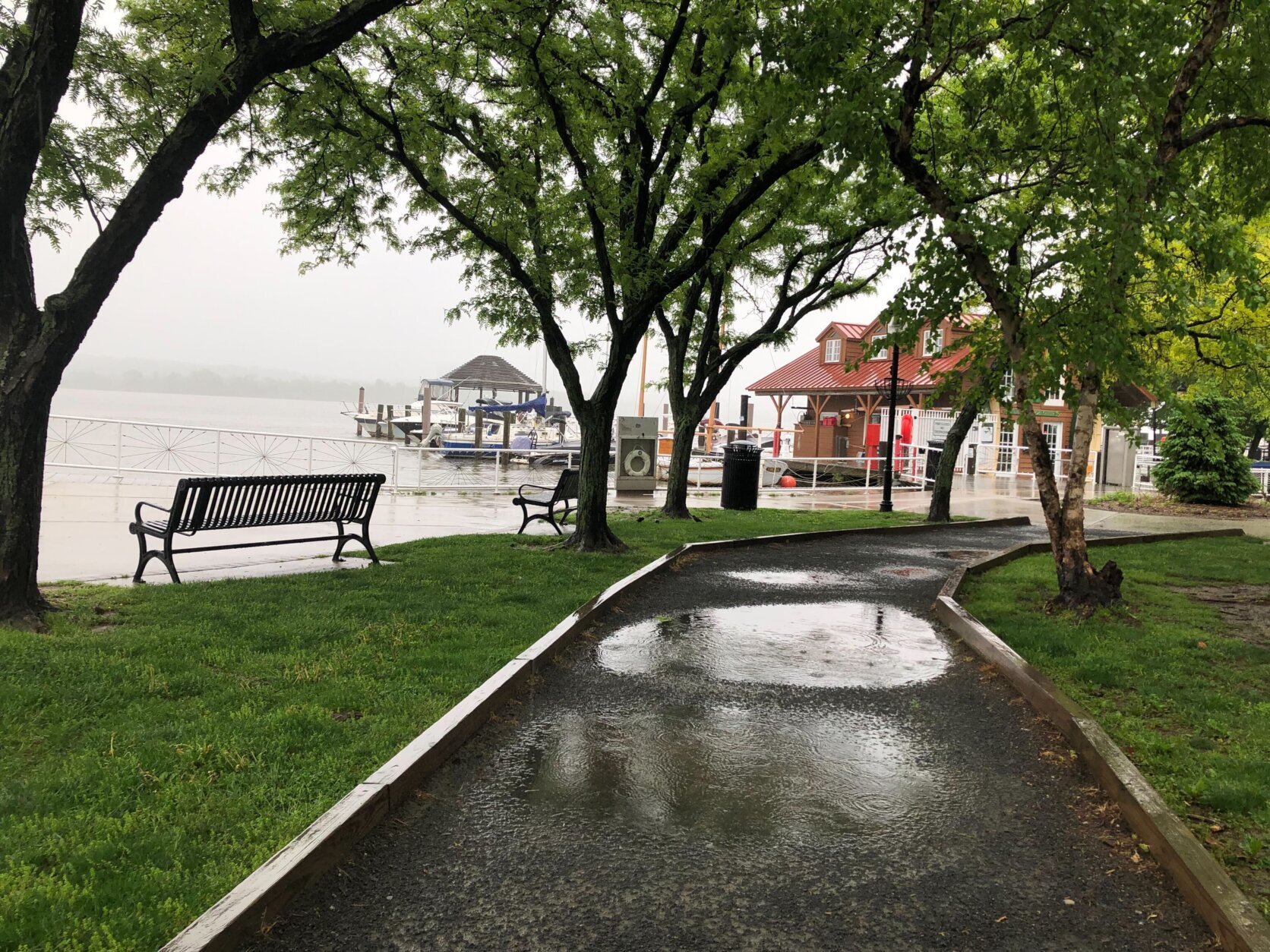 2/10
Standing water in Founders Park isn’t expected to go away any time soon, with flood warnings in effect until 4 PM this afternoon. 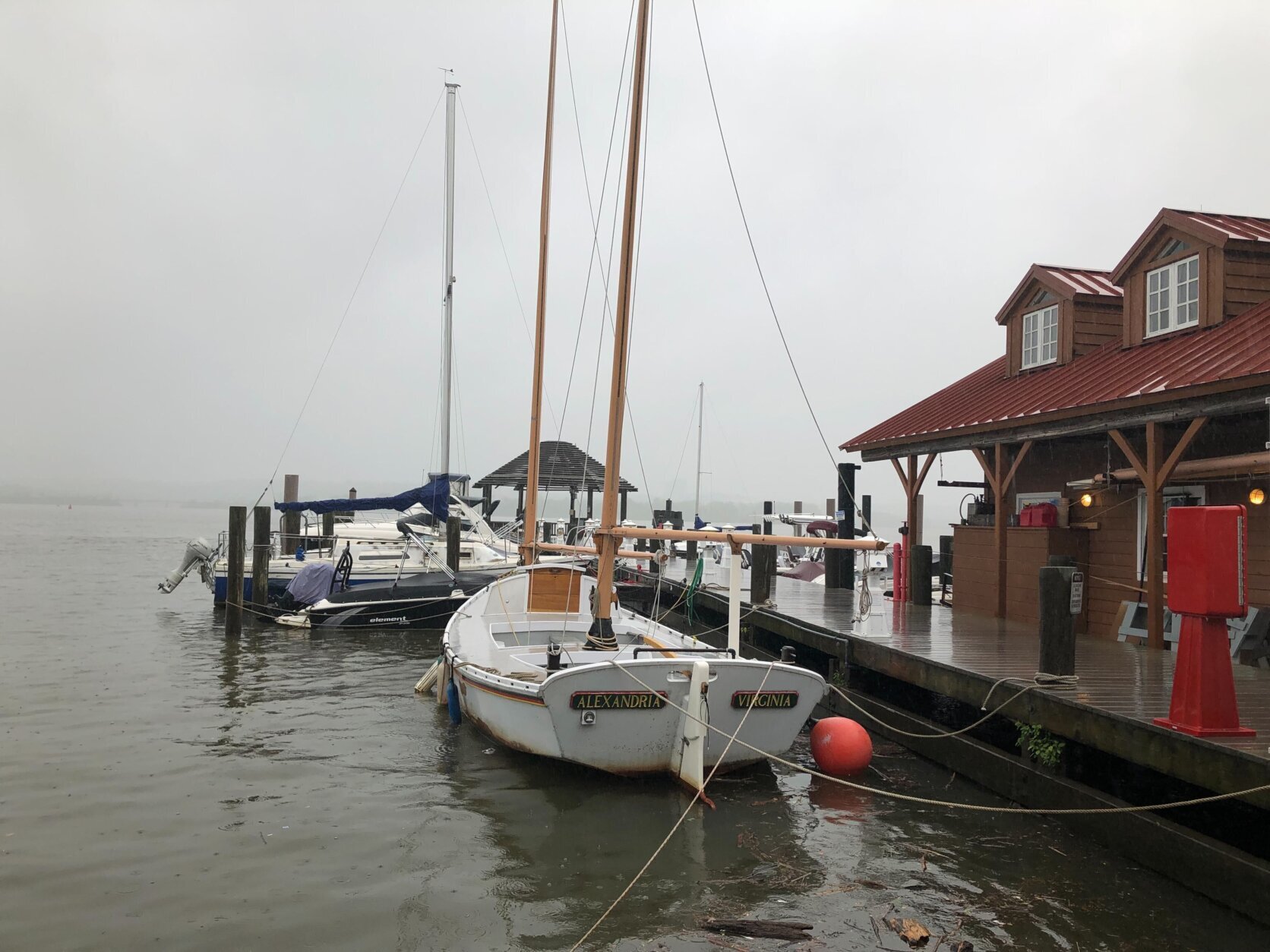 3/10
A rising tide lifts all boats… as will a few inches of rainfall in Old Town Alexandria.
(Valerie Bonk)
4/10

Much of the region saw about 1-2" of rainfall, locally higher. As such, many of the rivers/creeks/small streams will see waters continue to rise. Thus, a number of Flood Warnings remain in effect. Additional rain showers are possible today, coupled with cool temps & breezy winds. pic.twitter.com/tIpWKNoDE2

#DCsBravest responded at 5:16 AM for a large tree on a house in the 7700 block of 17th St NW. Home was searched & it was determined no entrapment or injuries. We secured utilities & requested @dcra & Urban Forestry. 2 residents were displaced. pic.twitter.com/LDDiOmmC8s 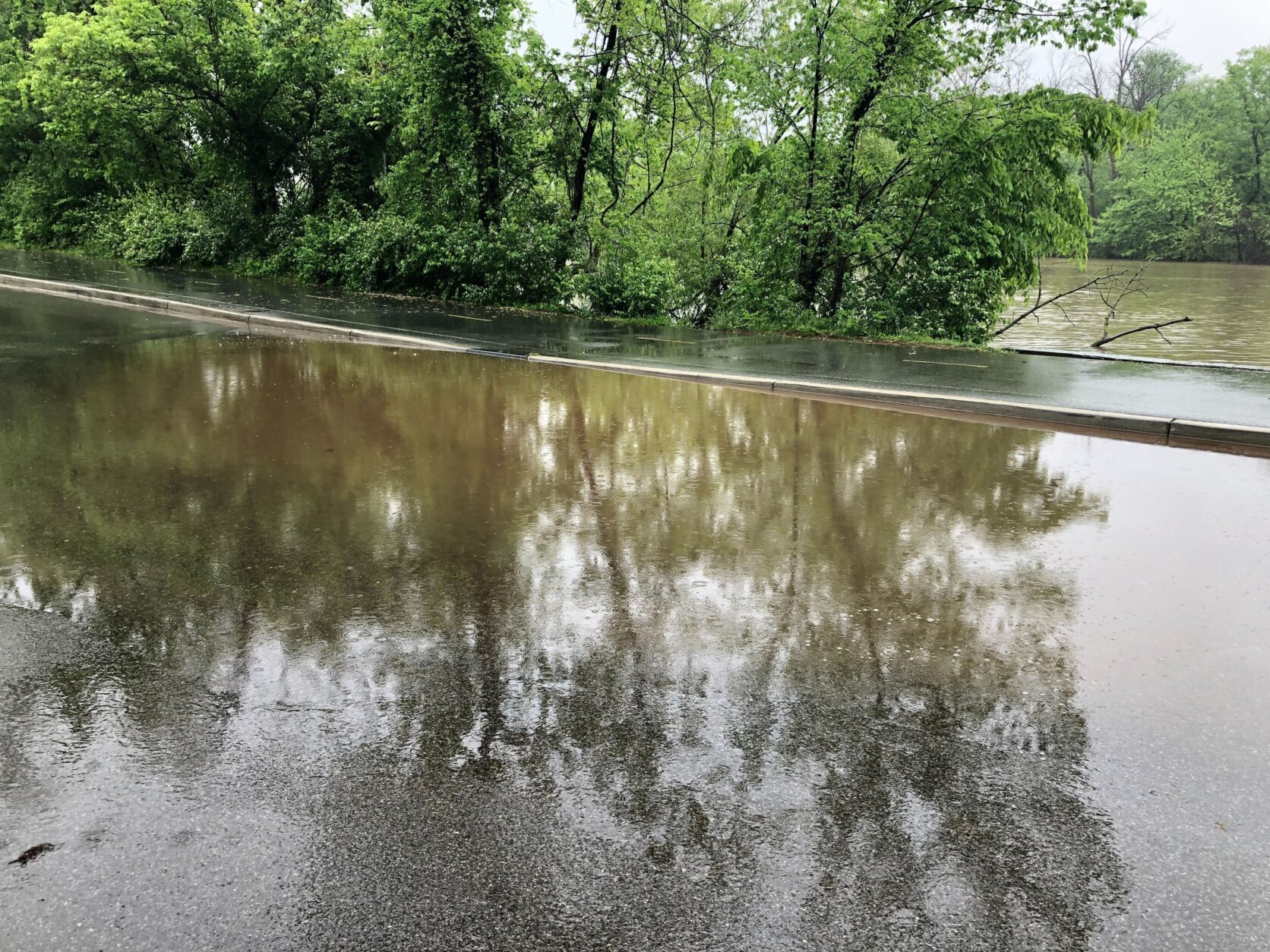 7/10
Drivers around the District should watch for standing water on roads, as seen in VA near the Potomac River. 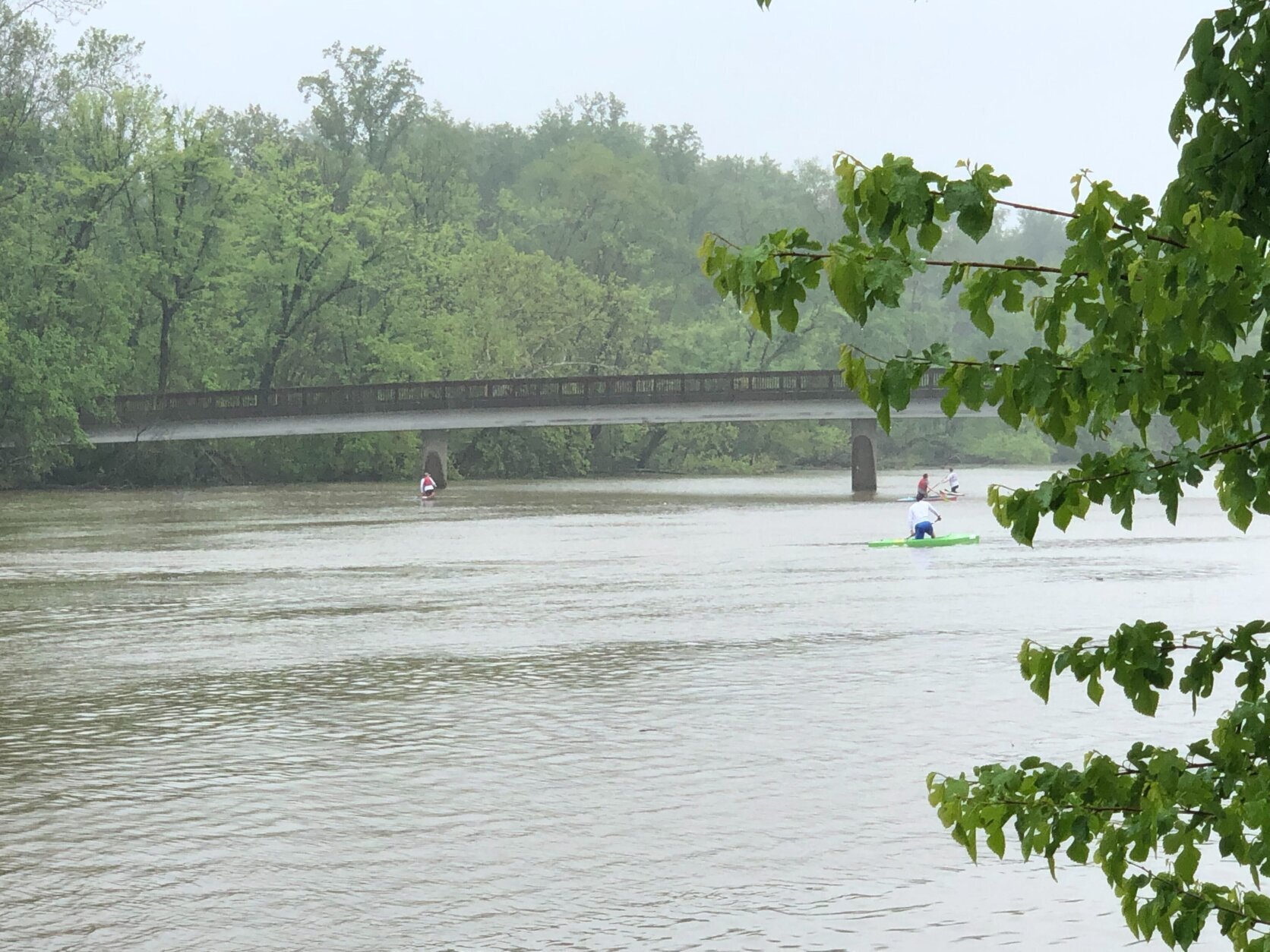 8/10
Inclement weather was of little concern to the intrepid boaters and kayakers on the Potomac River near Theodore Roosevelt Island. 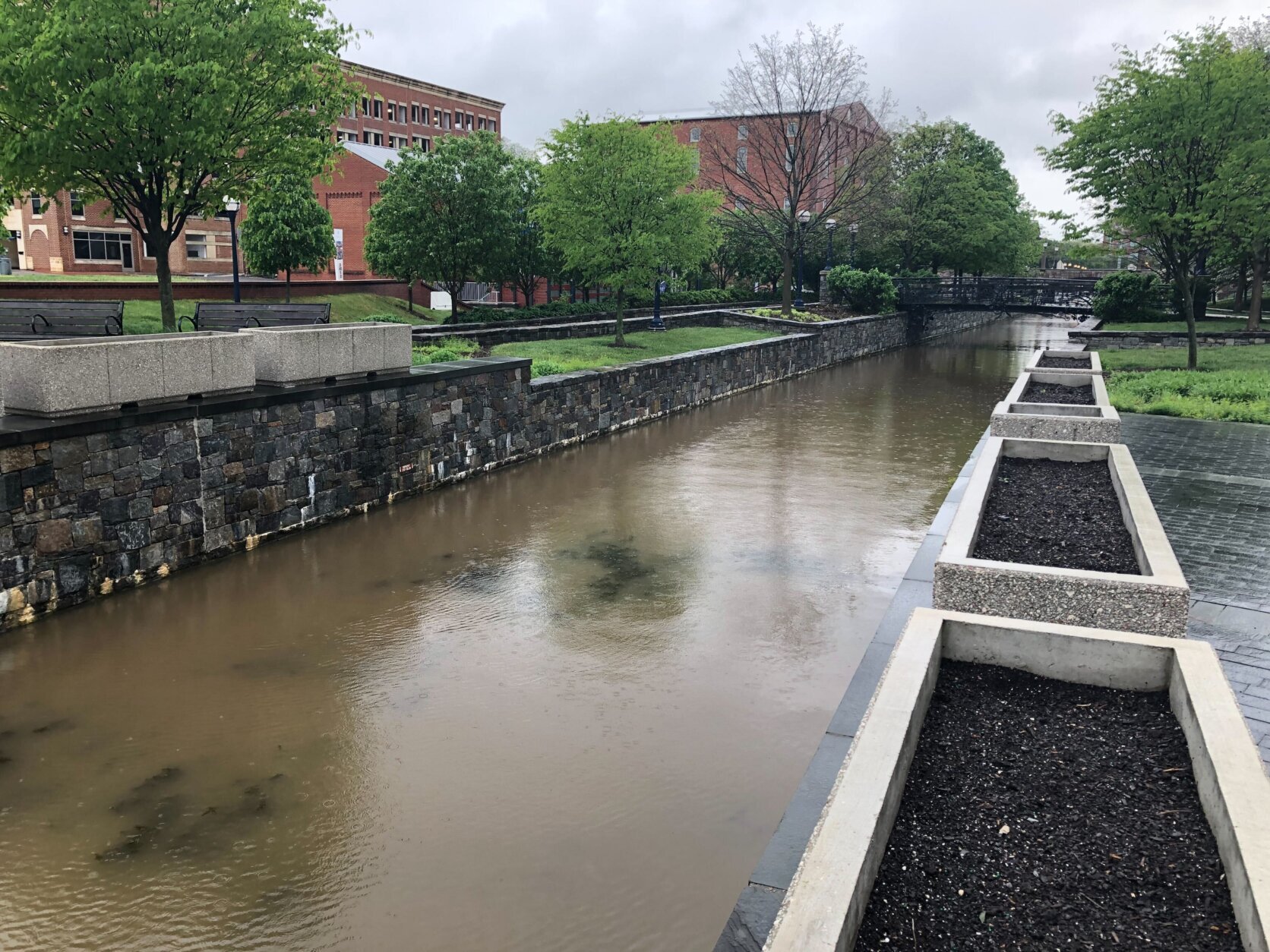 9/10
Per the National Weather Service, “Flooding of rivers, creeks, streams, and other low-lying and flood-prone locations is imminent” around the DMV today, including in Frederick, MD (seen above). 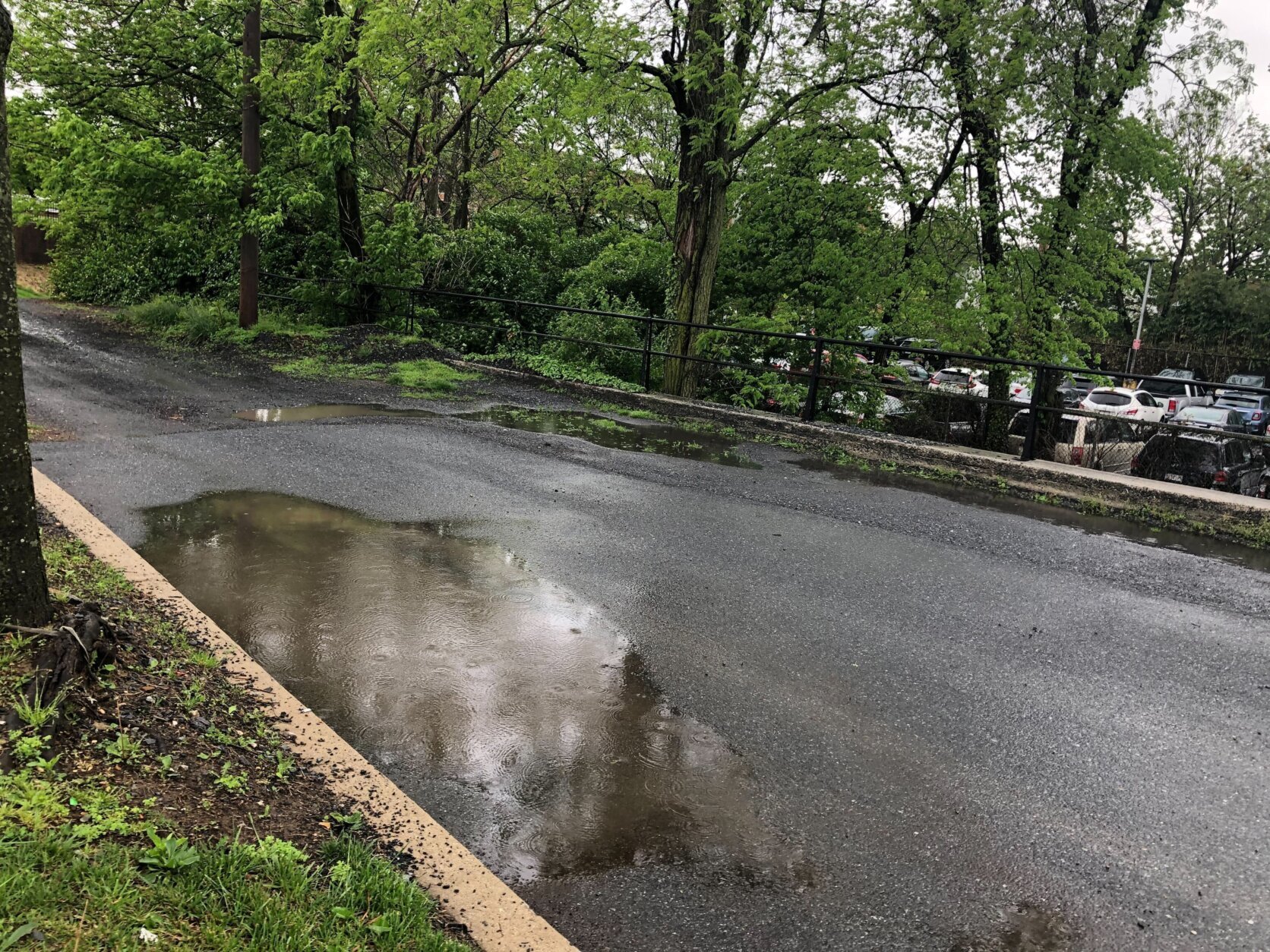 10/10
As in other areas around the DMV, standing water is a hazard for drivers in Frederick, MD, as well.