Report card: Draft grades for the Redskins’ Class of 2020

The Redskins added eight young players in new coach Ron Rivera’s first draft, including a high profile first-rounder with local ties. But did they make their team better?

As is the case with every team in every draft, that question can’t be definitively answered until at least three years from now — which is why I absolutely hate the exercise of grading a team’s draft before any of these players have the chance to take the field for practice, let alone a game.

But hey, what’s the harm in a fun little exercise to pass the time in quarantine?

I’ll go pick-by-pick and grade each one, then sum it all up and give the Redskins an overall grade. Considering how wrong I was about Terry McLaurin last year, we may look back on this and laugh (or cry) some day. Much like last year’s selection of Dwayne Haskins, this pick is both obvious and excellent in terms of value. Young is a local kid with big time college pedigree acquired without having to trade up — the perfect confluence for a franchise desperate for players who make a difference on the field and at the box office. The jury is still out on Haskins but Young has to be the early favorite for Defensive Rookie of the Year. Grade: A 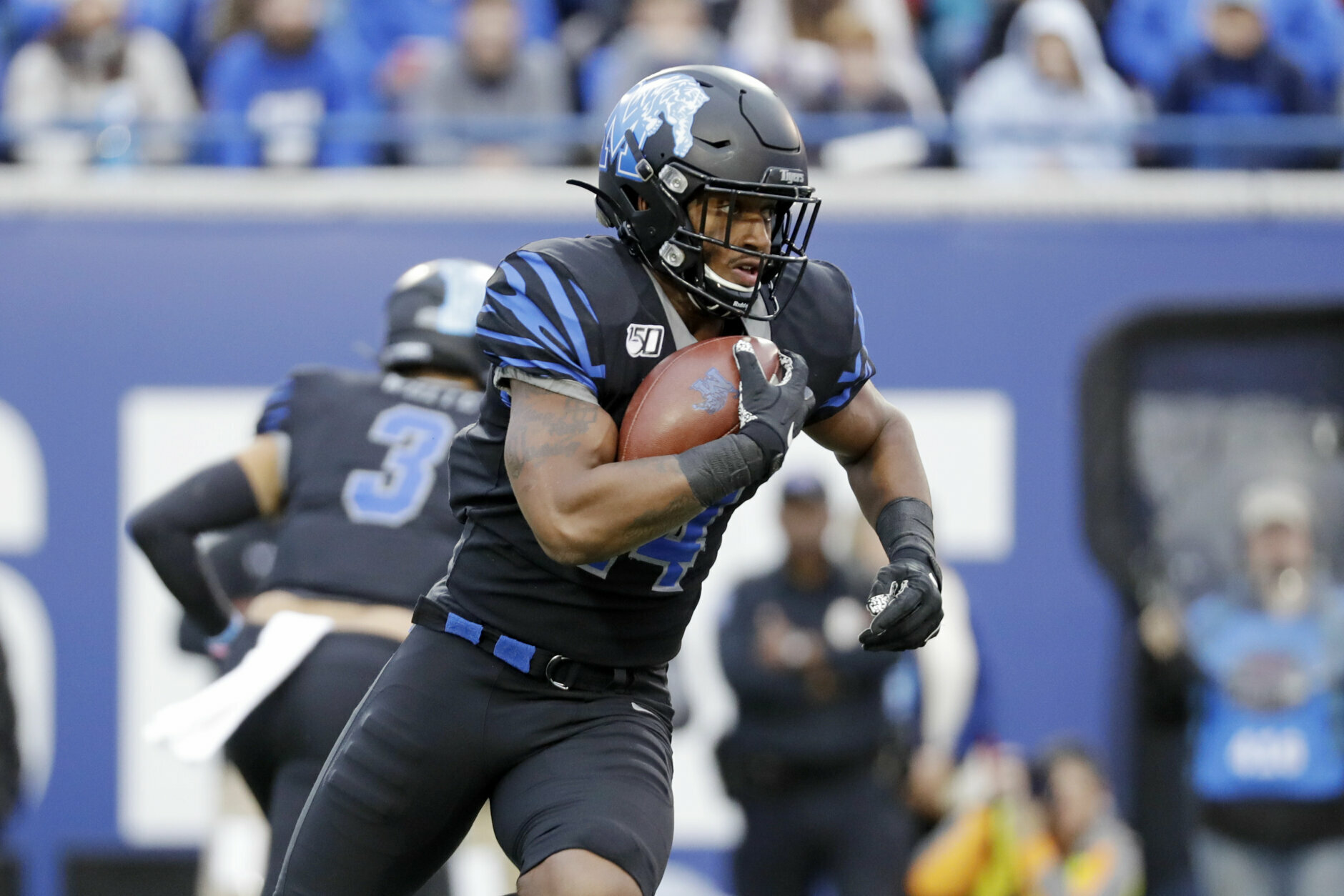 This pick initially stunned me because of the Redskins’ depth at running back but upon further review, this is the first of several selections that indicate what Rivera values most: Versatility.

Gibson has been widely compared to Christian McCaffrey, who was the best all-around back in the league last season under now-Redskins OC Scott Turner. Like CMC, Gibson is a big, fast player who can run, catch and return kicks — and the ‘Skins are in need of all three roles. Gibson’s impact may not be immediate but in this offense, it feels inevitable. Grade: A 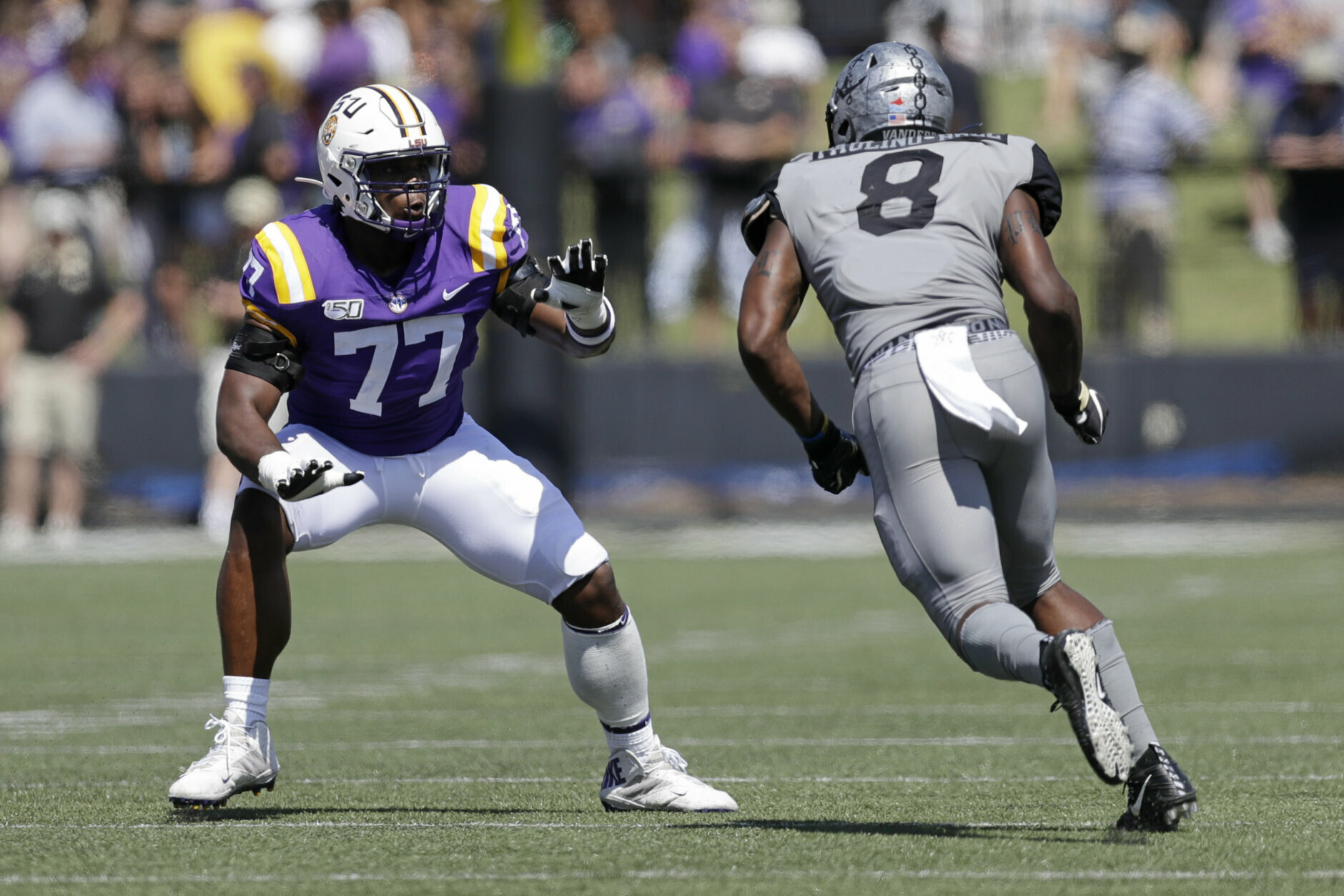 I’m not sure I buy the narrative that Charles is a replacement for Trent Williams. He’s probably a better guard than tackle, and last season’s six-game suspension for violating team rules is a bit of a red flag. But he’s talented and playing for a coach that tends to get the most out of players like Charles, so it’s going to be a couple years before we get a sense of whether this pick is a home run or a groundout. Grade: C 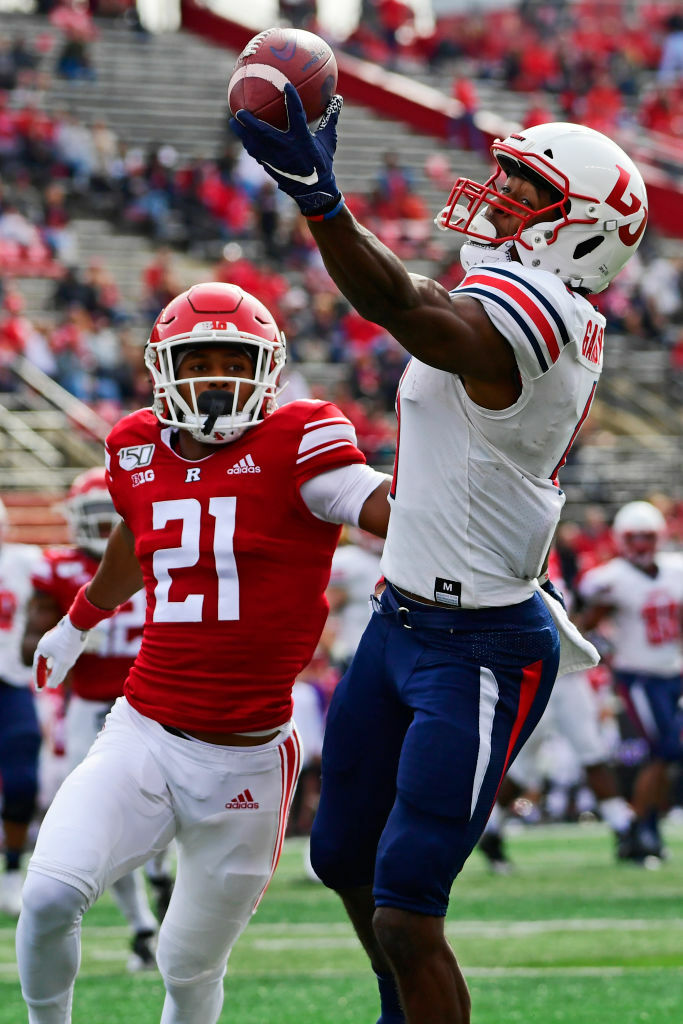 The Redskins need a big personality on the team as much as they need a big-bodied receiver in the red zone. His 20 touchdowns the last two seasons certainly indicate the latter, and while Gandy-Golden isn’t exactly The Most Interesting Man in the World, the multifaceted 22-year-old is pretty damn interesting. Part of the franchise’s effort to win back fans has to include marketing likable players and Gandy-Golden seems like a potential fan favorite. Call it residual excitement over how well Terry McLaurin worked out, but this feels like a good pick everyone will love. Grade: A- 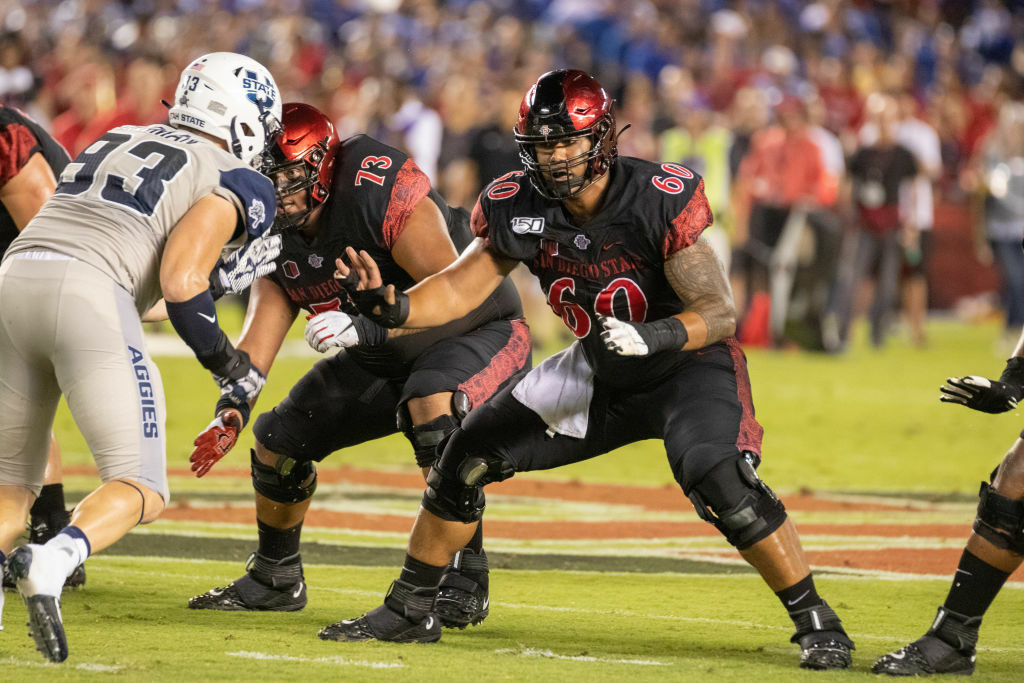 Last season was the first in awhile the interior offensive line wasn’t a huge problem. But Ereck Flowers took his talents to South Beach in free agency, and Chase Roullier and Brandon Scherff are free agents after this season. Ismael can play center and both guard spots, increasing the possibility he could get a chance to start in the near future. If his success in college is any indication of what he can do in the pros, this could be one of the best value picks the Skins get in this draft. Grade: A- 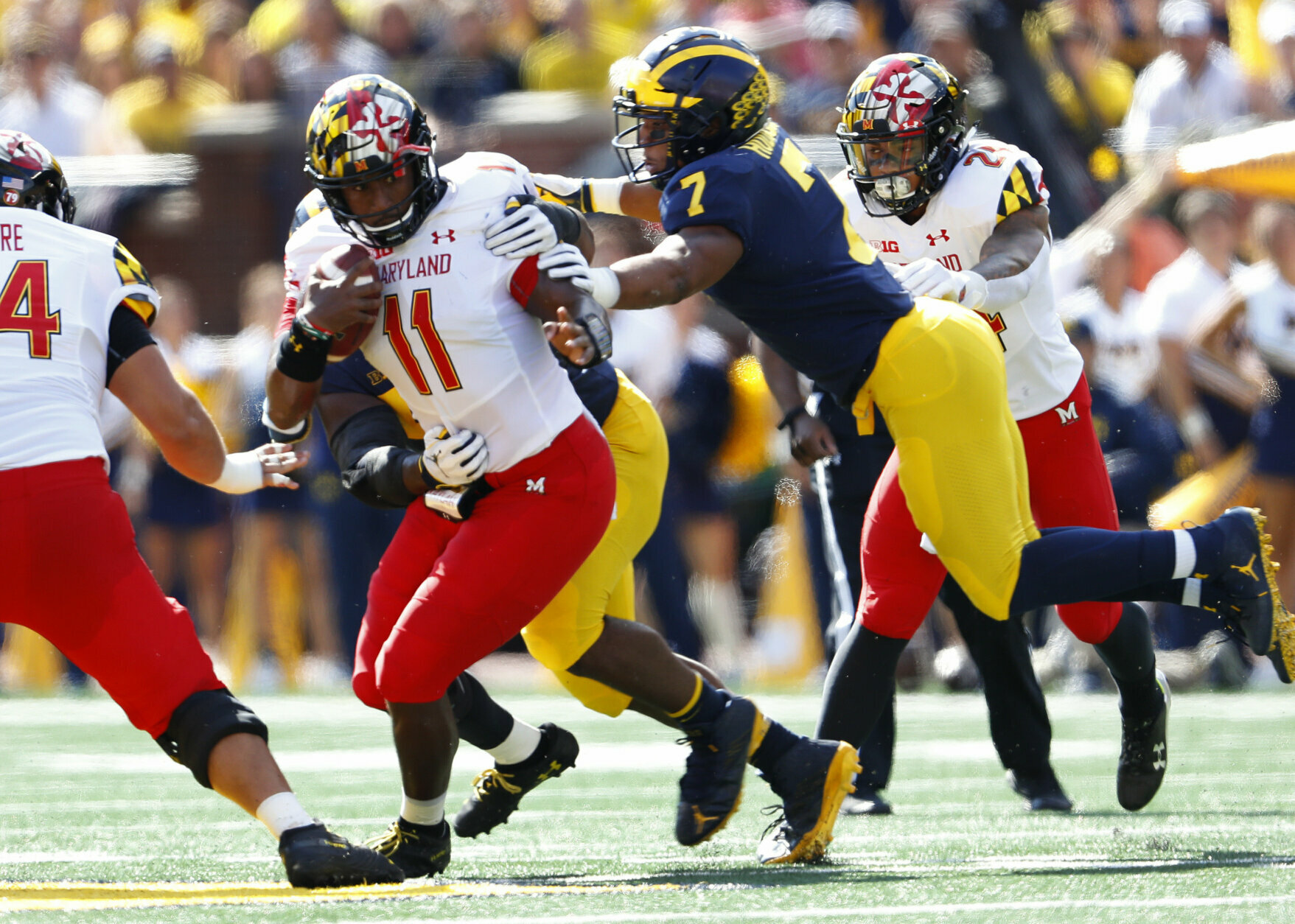 I had the Skins taking a tweener in this round, but it wasn’t the one I thought. Hudson is reminiscent of Thomas Davis: a hybrid safety/linebacker for Rivera in Carolina. Hudson should at least fare well as a special teamer and in defensive subpackages, which is good value for a late fifth rounder. Grade: B 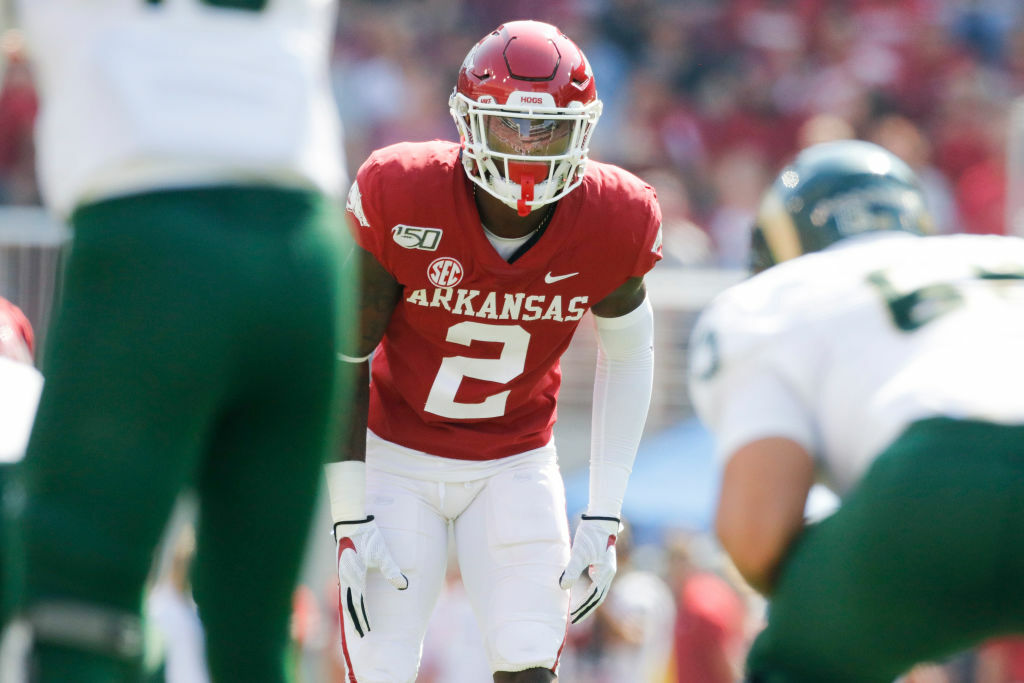 This pick was made because of Curl’s versatility and intangibles, and neither is easy to predict how it translates to the next level. Just making the roster and having a regular role on special teams makes this a solid pick, as far as seventh rounders go. Grade: C 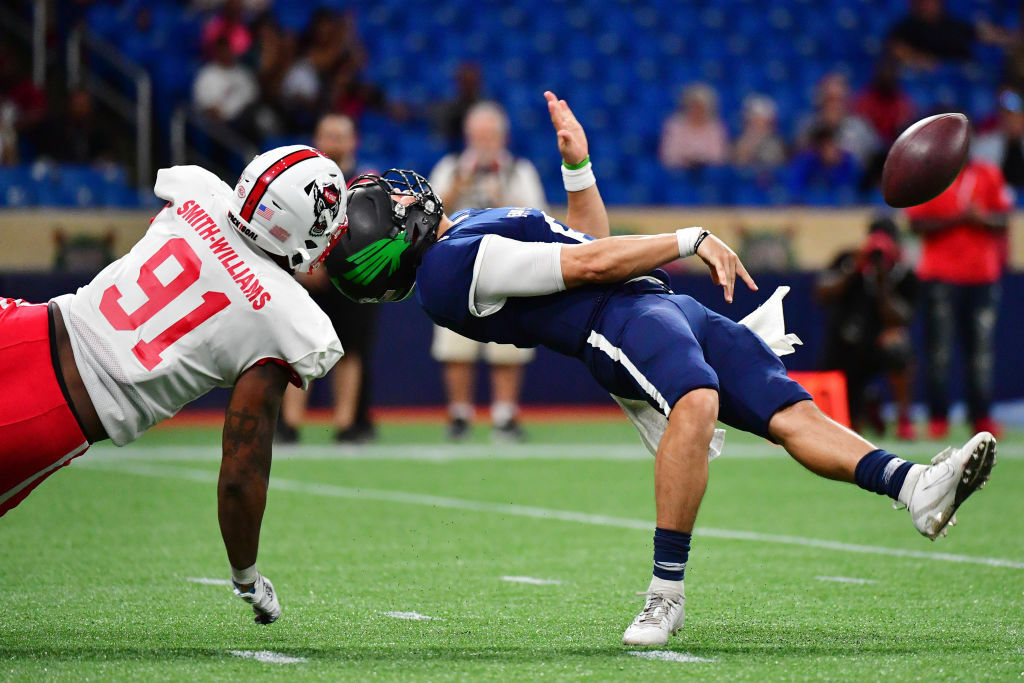 This pick was odd to me consider this new regime is less likely to take chances on players red flagged for injury problems than their predecessors. Smith-Williams struggled to stay on the field in college, playing more than six games in a season only once. It just feels like rolling the dice on someone like Navy’s Malcolm Perry or Mr. Irrelevant Tae Crowder would have more upside. Grade: D 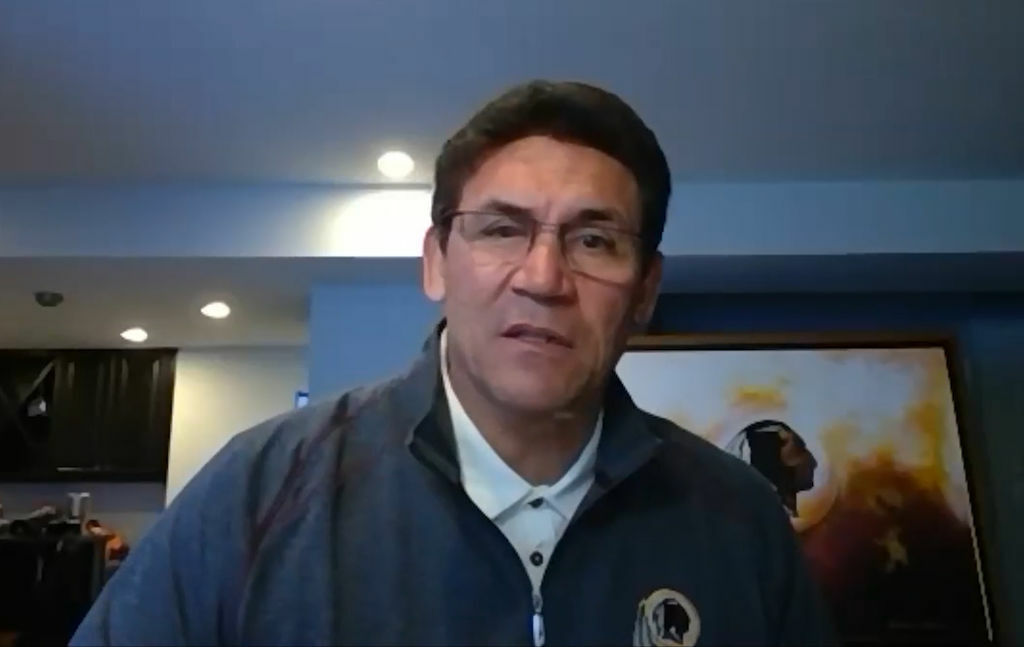 9/9
(Photo by Getty Images/Getty Images)
Overall grade: B+
Best pick: Young
Worst pick: Smith-Williams
Take-away: Rivera resisted the temptation to trade back and used his first pick on a player with strong potential to be the face of the franchise for years to come. Then he drafted players who remind him of his crew in Carolina, which was usually much better than the Redskins most of the last decade. Regardless of how you feel about how much (or how little) they got back in return for Trent Williams and Quinton Dunbar, the ‘Skins subtracted two disgruntled players and gained a solid young O-line prospect and potential replacement for the 38-year-old Thomas Davis, along with a third-round pick next year. The Skins stuck to their draft board and didn’t force the issue on positions of need like tight end (although, I probably would have taken Thaddeus Moss with the last seventh-round pick in order to keep him under contract an extra season).
Time will tell if this draft is a springboard to better days in Washington, but at a minimum, the Skins drafted at least two or three players they can be confident will be able to help out right away, and moved out the last dark cloud from the previous regime. That’s a good start for a new era.