Want to stick with your 2020 fitness resolutions? Join a team to keep from slacking

We’re in the second half of January. How are you doing with your New Year’s fitness resolutions?

If you’re already struggling with sore muscles and finding time to get to the gym or go for a lunchtime walk, you’re not alone.

The fitness tracking app Strava has data to show that most fitness resolutions start to fade in mid-January.

While fitness fanatics dread the coming of New Year’s resolvers to their gyms in January, most know that the hordes will thin by the end of the month. And they’re right.

According to a well-cited study by the University of Scranton, about 80% of those who had a fitness resolution in year one failed to maintain the habit by year three.

So what can you do to stick with the goals you thought of, perhaps after one too many glasses of Champagne, on New Year’s Eve? Here’s one answer: find a community, or join a team.

Many fitness studies show that people push themselves harder or longer if they’re trying to keep up with a group, or even just a partner. 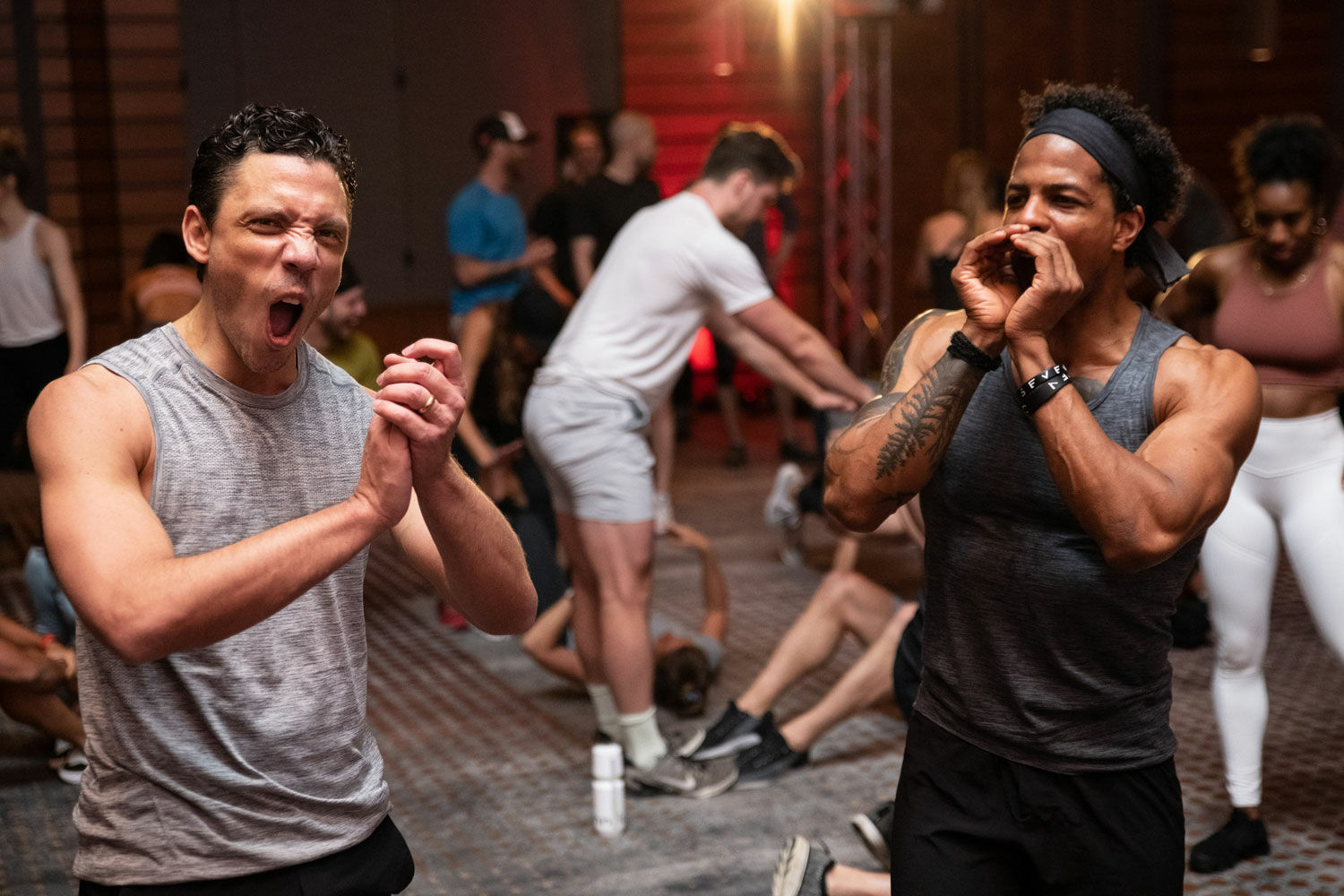 In talking with a number of coaches, fitness enthusiasts and athletes in the D.C. area, working with others or being a part of a team seems to help them both stay accountable and accomplish more than they could on their own.

Chris Perrin, who founded the District’s Cut Seven, a team-oriented bootcamp-style workout near Logan Circle, said he has always been able to work harder for the good of a team, even on the days he didn’t feel motivated to exercise on his own.

“You show up for other people more than yourself,” Perrin said. “So part of our workout is we’ve built in that you’re working with other people. You have to interact and be collaborative.”

For example, if there are 20 people in a class, the group will be divided into five teams. At one workout station, one teammate might hold a plank for as long as their teammate takes to complete 10 push-ups. Watching someone “suffer” with burning abdominal muscles can motivate the teammate to finish 10 push-ups just a little faster.

Perrin said sometimes it takes a while for new members to feel comfortable getting cheers for doing push-ups or high-fived for running sprints in a gym class, but after four or five sessions, they come around and start to enjoy it. People who are Cut Seven regulars have even found ways to interact with each other outside of the class, helping “teammates” with business plans, attending weddings and organizing social events together.

“This bond is something we all rely on and need in our lives, and don’t get enough of,” Perrin said. 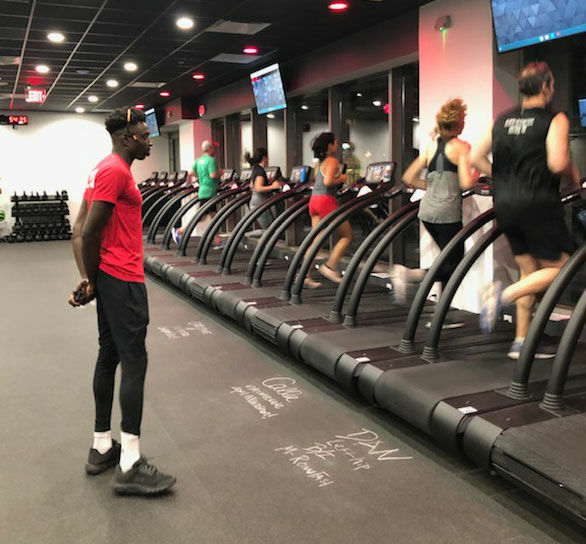 2/5
Alex Amankwah, a member of the Ghanaian Olympic Team, is a coach at Formula Running Center in Arlington.

Some trendy gym classes that take place in dark rooms with loud music, with exercisers rushing in during a lunch break, taking a quick shower, getting dressed and heading back to work, don’t engender a sense of community.

That’s what inspired another fitness entrepreneur to work on making his facility in Arlington something akin to a clubhouse for local runners.

His facility, which focuses on training runners using the top-of-the-line Woodway treadmills, TRX suspension trainers, free weights and more, also offers members the ability to drop in midway through an outdoor run, perhaps for a cup of coffee, an energy gel or a bathroom break.

“We’re still in the building process,” he said, “but we’re working to create that community feel. Whether it’s through member appreciation or education, we’re looking for ways we can get our community together.”

One way Hoffman thinks his gym can help running resolvers stick with their goals, and experienced runners keep getting better, is by offering a deep menu of recovery options, along with his workouts.

Hoffman said preventive work, like stretching, foam rolling, soaking in cold tubs and compression sleeve therapy can help runners stay healthy and reach their goals. Formula Running Center offers all of those things in one place.

He wants to help the entire athlete, and make it efficient, too. Instead of going to five different places each week for classes, a runner can go to one place and make it part of his or her routine.

At some workout venues, like Flywheel, an indoor cycling facility, those who attend can use a screen name on the class scoreboard. So even if people have attended dozens of classes together, they may not know each other’s names.

But Formula Running Center asks its clients to use a piece of chalk to write their names, running experience, call attention to any injuries and note their goals on the floor behind their treadmills so that the class coach, and their classmates, can learn more about them. 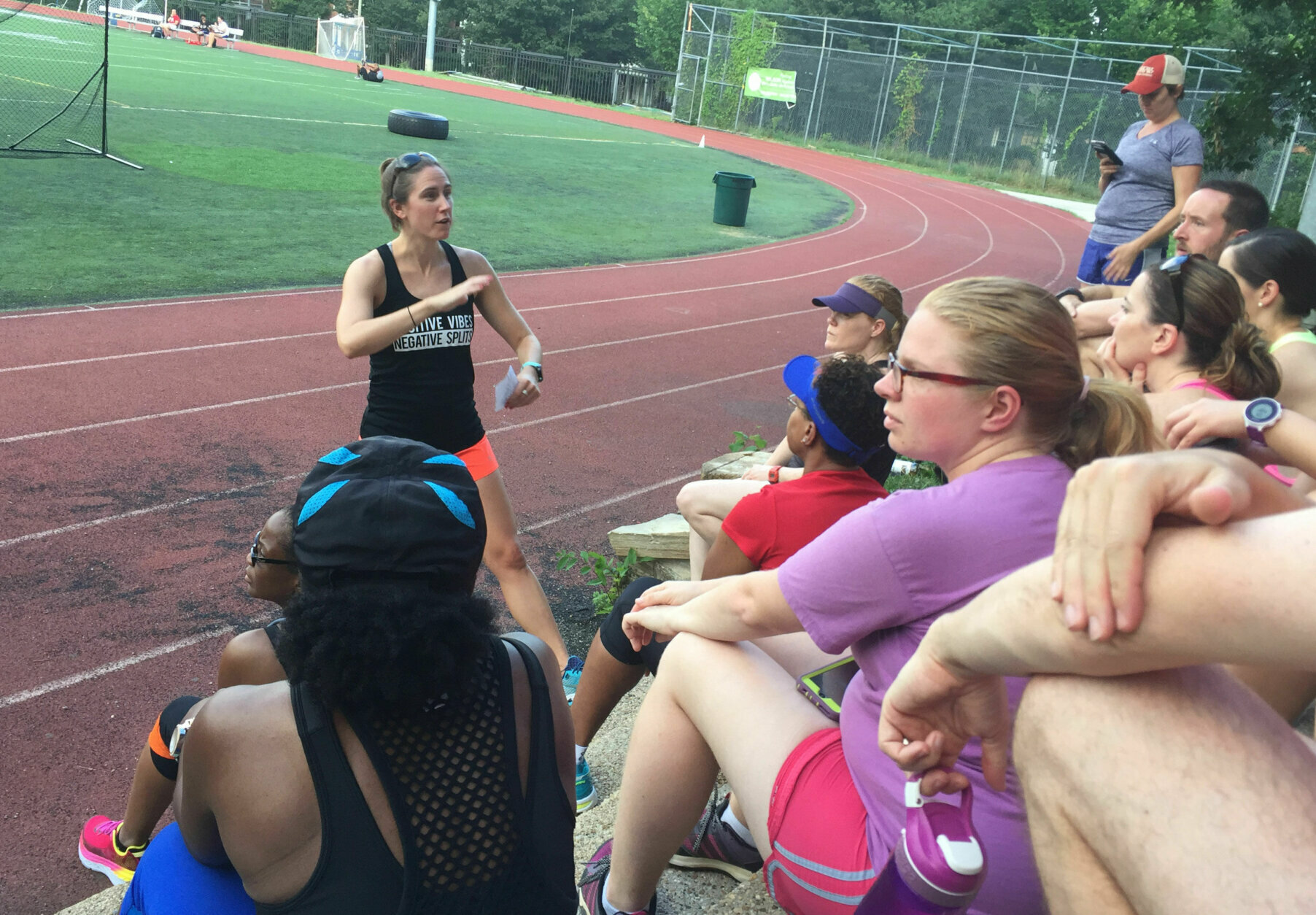 3/5
Even though Tammy Whyte is an established running coach and trainer, she needs group runs, too. She often goes out with District Running Collective.

There are other ways to become a part of a community, too. You can join a running group, like one led by running coach Tammy Whyte, whose TW Training and Wellness aims to help new runners complete their first 5K or 10-miler.

Whyte also runs on her own time with District Running Collective, a group that engages runners of all levels during runs throughout the week. DRC asks runners to introduce themselves to two new people each time they come out.

“With DRC, the community is so awesome, and I’ve met so many people. There’s a lot of diversity, which I like,” Whyte said. 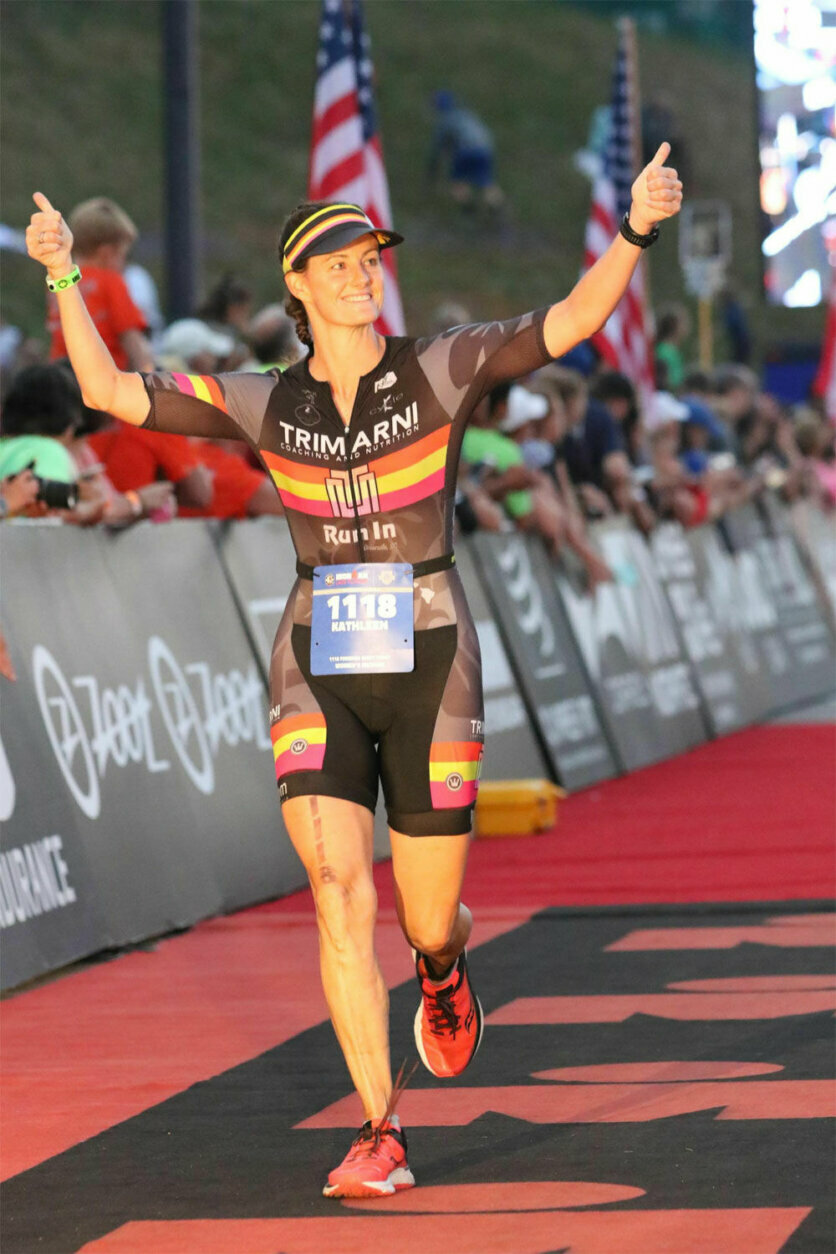 4/5
Kathleen Bergin had trouble staying in shape after she left the structure of competitive swimming. She started coaching Girls on the Run and enjoys being a role model. Now she regularly runs Ironman races.

Even for established athletes, like those who played sports in college, it’s not always easy to find that community once they move into the D.C. area and start their careers.

Take, for example, Kathleen Bergin, a former college swimmer, who “got lazy in my 20s, and when I tried to run a mile, I couldn’t finish.”

She is an elementary school teacher who also coaches a Girls on the Run team.

Bergin said she was inspired to coach a team, made up of elementary school-aged girls, who learn persistence and endurance, and also social skills, as a part of a program that leads up to a 5K run at the end of the season. Bergin, however, wanted to be sure she herself could run that distance before she took the reins of a team.

“I ran a 5K, and then did a sprint triathlon,” Bergin said, recalling how she started the program at Murch Elementary in 2010.

“I thought, if these kids can motivate themselves, I can push myself to do more than a 5K. I did my first half-marathon that spring, and my first full marathon that fall. I wanted to run Marine Corps, and now I’ve done five. I’ve done more than 10 half-Ironmans, and two full Ironmans.” And, Bergin said, it all started with that first 5K a decade ago.

She said being accountable to the girls she coaches helps her stick with her workouts, which sometimes can add up to 15 hours a week. “There are days when I would have sat on the couch, but I have more energy, and I’m more motivated to do my own workout after having coached Girls on the Run for an hour.”

While Bergin is now an established endurance athlete, she had some tips for those who are now in the same position she was in 10 years ago: Give yourself small rewards each time you workout (add a new song to your running playlist, for example), and be sure to workout with a goal in mind.

“If it’s the offseason, and I don’t have anything I’m signed up for, I’m more likely to skip a workout. If I have a race, I’m more motivated to get things done.”

Carly Abarbanel, 30, is a moderately competitive rower with Potomac Boat Club in Georgetown. In her case, her teammates in an eight-seat boat won’t be able to get out on the water if she oversleeps for a practice that starts before dawn.

That obligation to the team also keeps her waking up in the dark winter months of January and February.

“I feel lucky to be on a team that takes winter attendance very seriously,” Abarbanel said of her team’s winter workouts that often take place on a rowing machine. “But on the water, I don’t ever let myself snooze. It’s a different sense of urgency and responsibility for sure.”

Abarbanel said that when she graduated from Wellesley College near Boston, where she rowed for two seasons, she tried to take up running but found it hard to motivate herself without a team. It wasn’t until she started training with other people, or even comparing her progress with her brother who lives out of town, that it started to click.

“I need some sort of team if I want to feel fit and feel strong,” she said. “I need people around me to help me do that.”

Now, Abarbanel has no problem shifting her day so she can get to bed around 9 p.m. and wake up at 4:45 a.m. to go rowing.

“People are often shocked when I tell them that, but the way I explain it and justify it to myself is that a lot of people have their fun after work, with kickball leagues or whatever people do. I just happen to have mine before work at crazy hours in the morning. It’s something really unique and special.”