In Memoriam: Celebrities we lost in 2019

Another year has come to an end, bidding farewell to famous faces along the way.

Here’s a look at some of the most influential celebrities we lost in 2019: 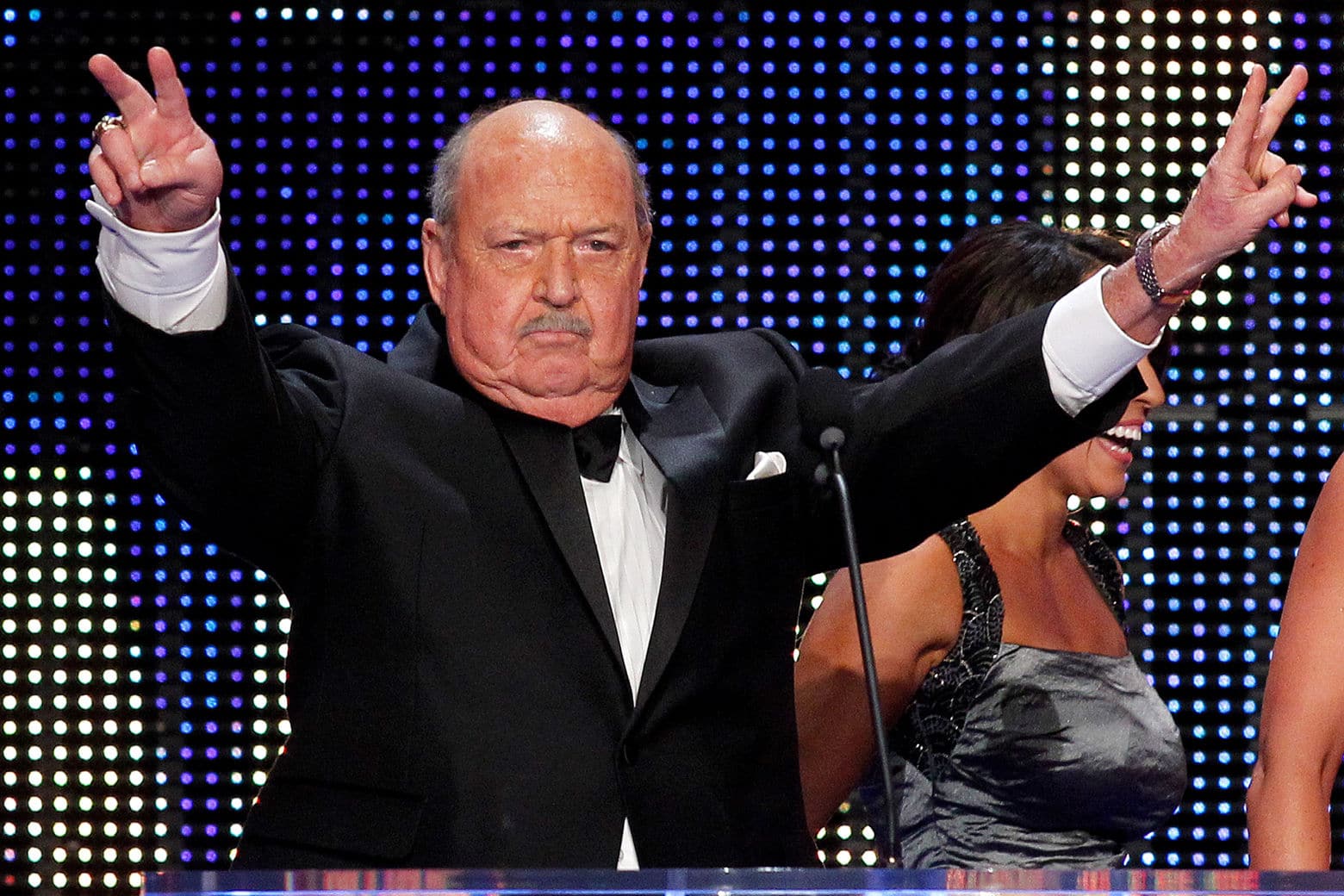 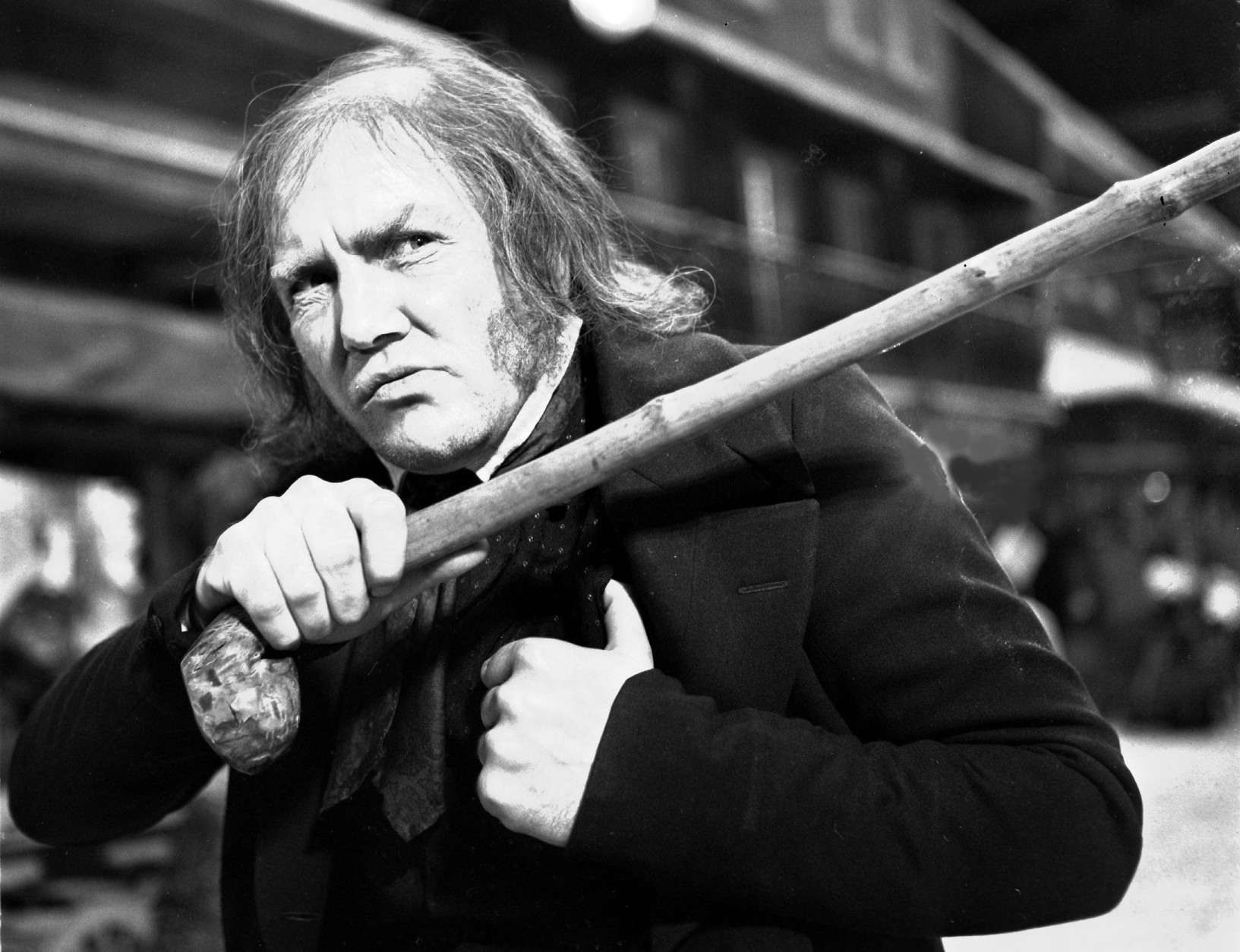 3/22
This Jan. 15, 1970 file photo shows British actor Albert Finney, as he waves his cane while playing the title role in the film “Scrooge”, at Shepperton Studios, near London. The film is a musical based on the Charles Dickens book “A Christmas Carol”. (AP Photo/Bob Dear, FILE) 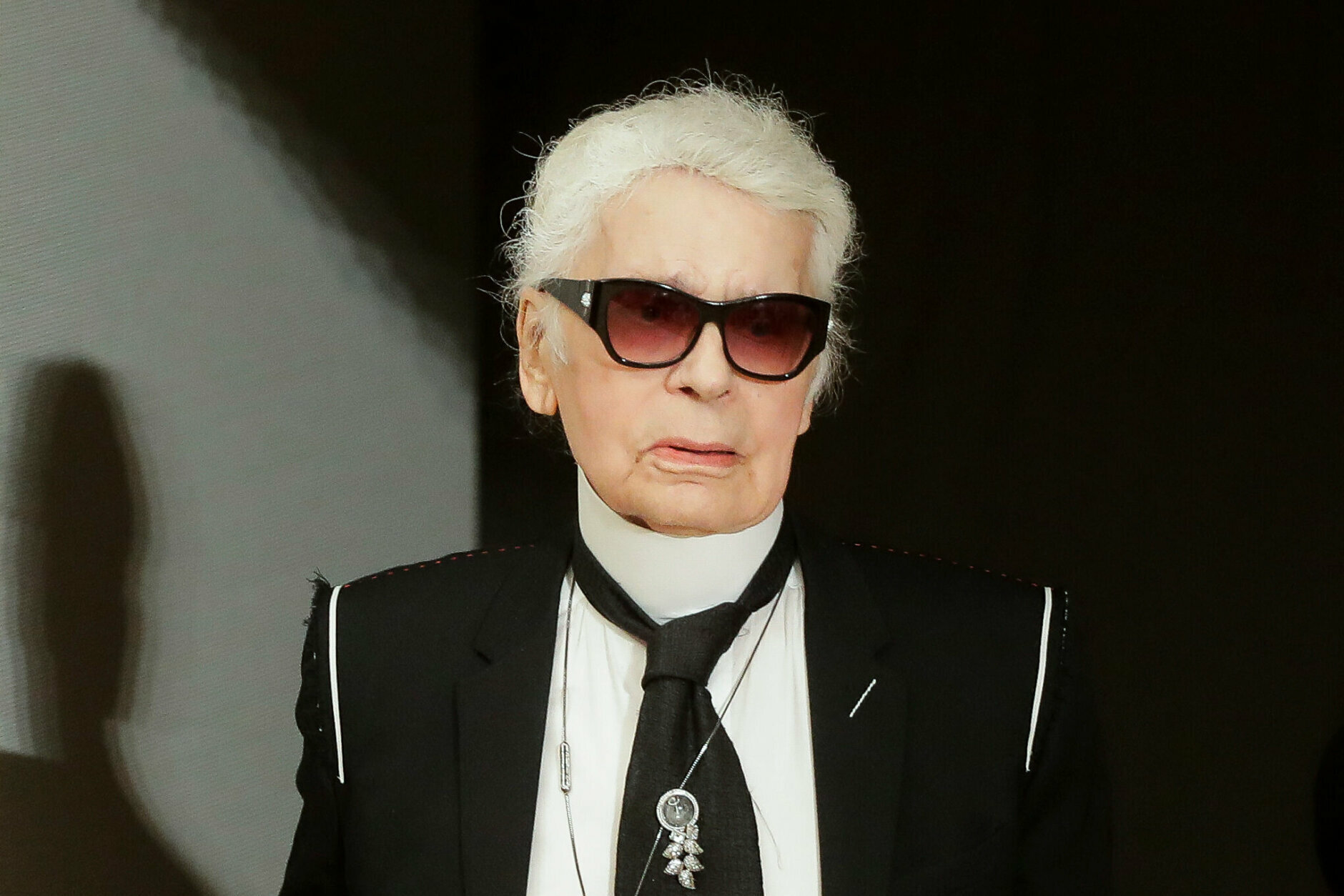 4/22
In this Dec. 6, 2017 file photo, fashion designer Karl Lagerfeld walks over the stage at Chanel’s pre-fall Metiers d’Art fashion show in the new Elbphilharmonie concert house in Hamburg, northern Germany. The oft-outspoken designer drew the ire of the Model Alliance on Tuesday, April 17, 2018, over published remarks on a French fashion site referring to models as “stupid,” “toxic” and “sordid creatures.” Sara Ziff, founder of the New York-based organization to protect the rights of models, said the recent comments published by Numero.com were not surprising coming from Lagerfeld but the sentiment, thanks to the #MeToo and Time’s Up movements, “carry the day no longer.” (AP Photo/Markus Schreiber, File) 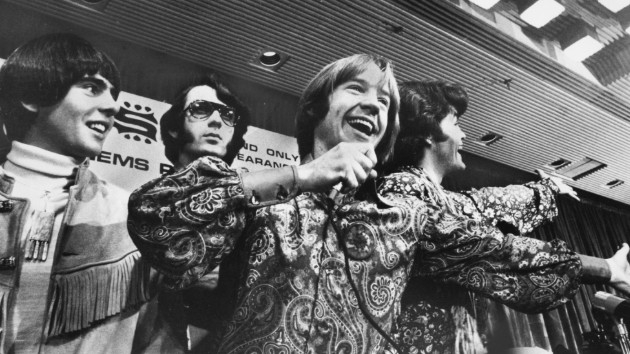 6/22
In this March 23, 1998 file photo, director Stanley Donen kisses the Oscar he received for Lifetime Achievement backstage at the 70th Academy Awards at the Shrine Auditorium in Los Angeles. Donen, whose “Singin’ in the Rain” provided some of the most unforgettable moments in movie history, has died, on Thursday, Feb. 21, 2019 in New York. (AP Photo/Reed Saxon, File) 7/22
In this Aug. 6, 2018, file photo, Luke Perry poses for a portrait during the 2018 Television Critics Association Summer Press Tour in Beverly Hills, Calif. A publicist for Perry says the “Riverdale” and “Beverly Hills, 90210” star has died. He was 52. Publicist Arnold Robinson said Perry died Monday, March 4, 2019, after suffering a massive stroke. (Photo by Chris Pizzello/Invision/AP, File) 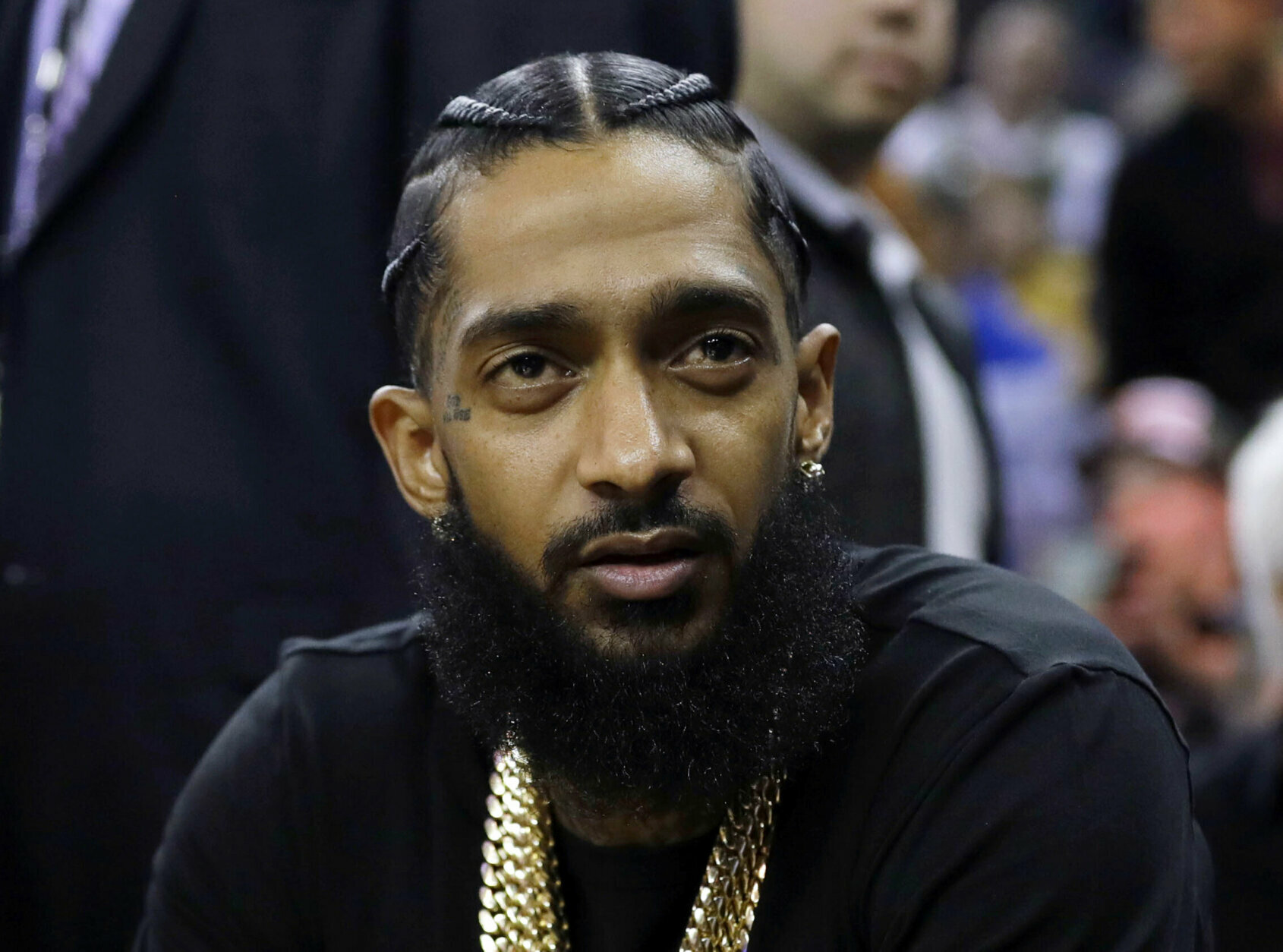 8/22
This March 29, 2018 file photo shows rapper Nipsey Hussle at an NBA basketball game between the Golden State Warriors and the Milwaukee Bucks in Oakland, Calif. Following a “Celebration of Life” at the same 21,000-seat arena where pop superstar Michael Jackson was memorialized 10 years ago, Hussle’s body on Thursday, April 11, 2019, will be taken on a 25-mile funeral procession through many of the mean streets where he was raised and that he was trying to uplift when he was shot to death outside his Marathon Clothing store last month. (AP Photo/Marcio Jose Sanchez, File) 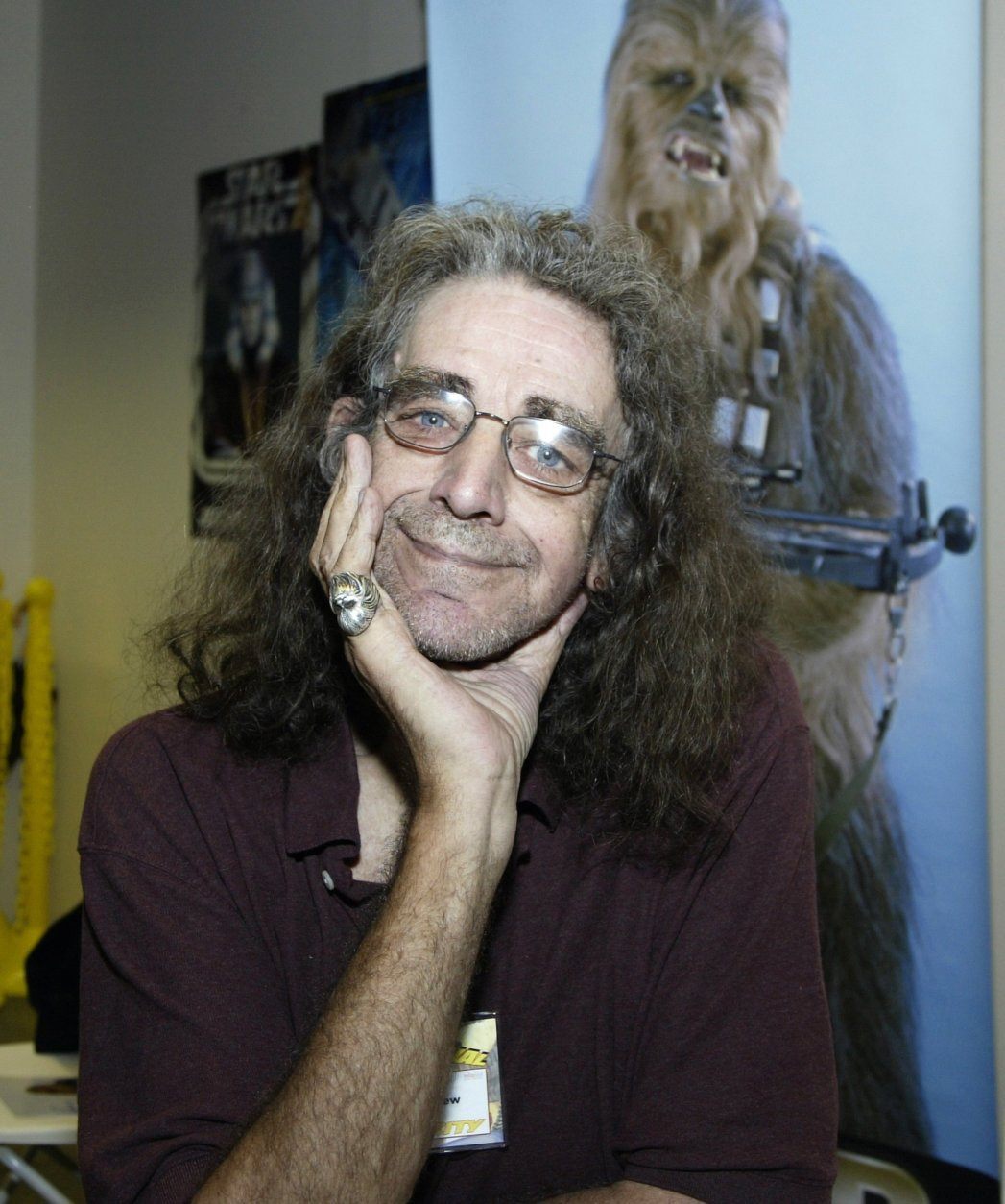 9/22
Peter Mayhew, the original Chewbacca, has died, according to his agent. (Curtis Means/NBC Newswire/Getty Images) 10/22
This March 4, 2018 file photo shows John Singleton at the Oscars in Los Angeles. Oscar-nominated filmmaker John Singleton has died at 51, according to statement from his family, Monday, April 29, 2019. He died Monday after suffering a stroke almost two weeks ago. (Photo by Richard Shotwell/Invision/AP, File) 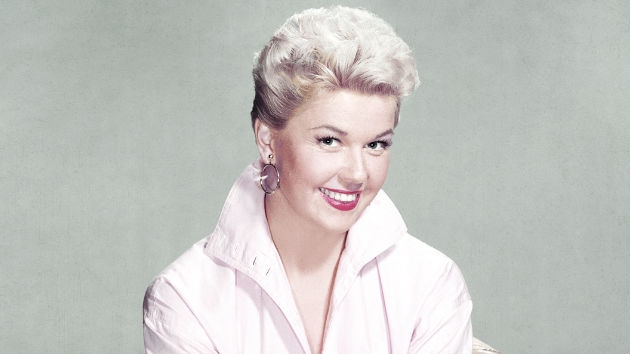 11/22
After having contracted pneumonia, American actress and singer, Doris Day past away on May 13th, 2019. Her death was announced by her charity, the Doris Day Animal Foundation. 12/22
A Feb. 15, 1983 file photo shows comedian Tim Conway. Conway, the stellar second banana to Carol Burnett who won four Emmy Awards on her TV variety show, died Tuesday, May 14, 2019, after a long illness in Los Angeles, according to his publicist. He was 85. (AP Photo/WF, File)

13/22
In this Feb. 11, 2009 photo, U.S. actor Rip Torn poses during a photo call for the competition movie “Happy Tears,” at the Berlinale in Berlin. Award-winning television, film and theater actor Torn has died at the age of 88, his publicist announced Tuesday, July 9, 2019. (AP Photo/Markus Schreiber, File) 14/22
In this Nov. 25, 2005 file photo, author Toni Morrison listens to Mexicos Carlos Monsivais during the Julio Cortazar professorship conference at the Guadalajara’s University in Guadalajara City, Mexico. After Morrison died this week at 88, people around the world, particularly black women, mourned the loss of the Nobel laureate and Pulitzer Prize-winner and praised her for opening a literary door into their world _ and reflecting their pains and triumphs in her work. (AP Photo/Guillermo Arias, File) 15/22
In this Jan. 1987 file photo, Actress Valerie Harper laughs during an interview in New York. Valerie Harper, who scored guffaws and stole hearts as Rhoda Morgenstern on back-to-back hit sitcoms in the 1970s, has died, Friday, Aug. 30, 2019. She was 80. (AP Photo/Ron Frehm, File) 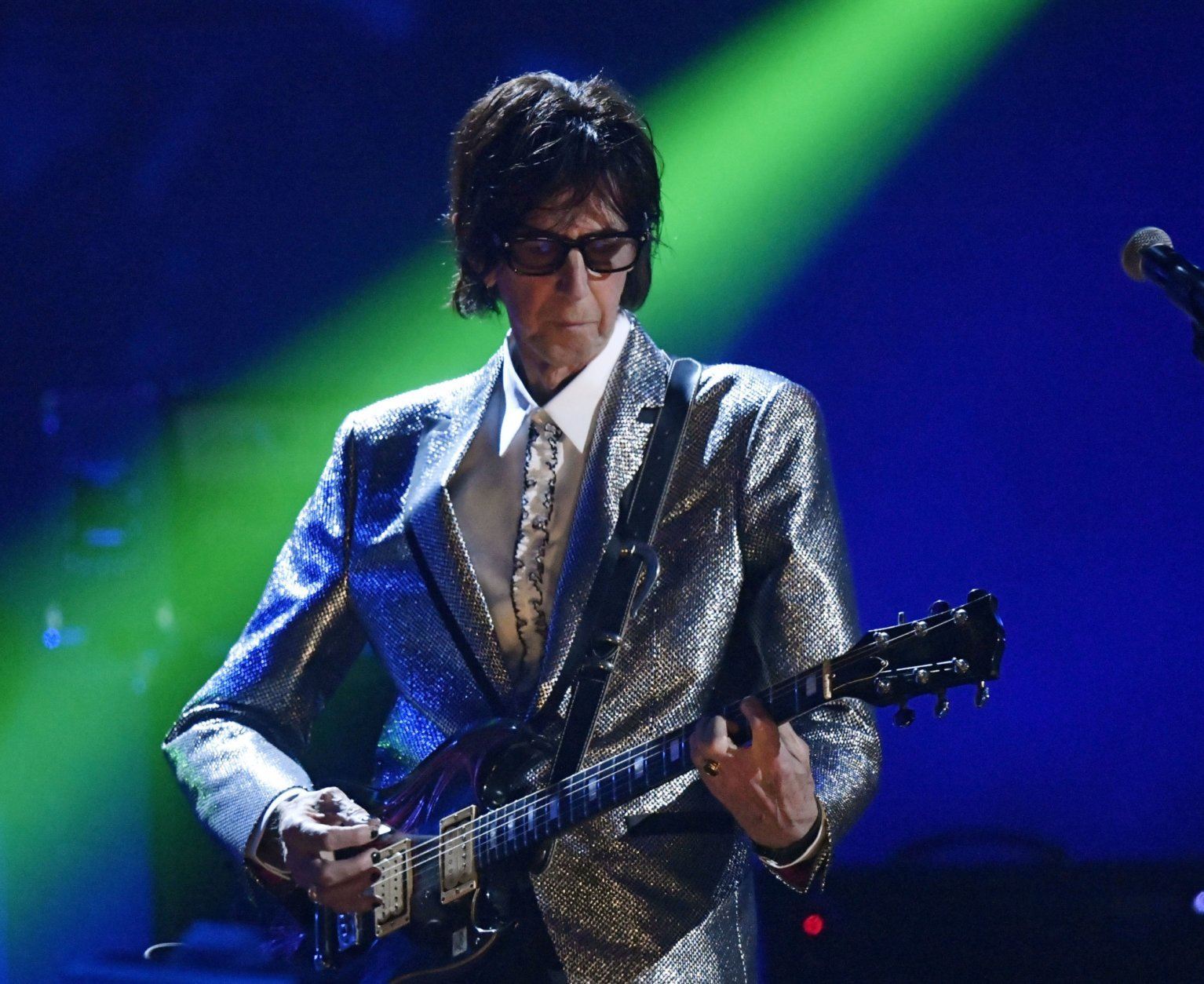 16/22
In this April 14, 2018, file photo, Ric Ocasek, from the Cars, performs during the Rock and Roll Hall of Fame Induction ceremony in Cleveland. Ocasek, famed frontman for The Cars rock band, has been found dead in a New York City apartment. The New York City police department said officers responding to a 911 call found the 75-year-old Ocasek on Sunday, Sept. 15, 2019. (AP Photo/David Richard, File) 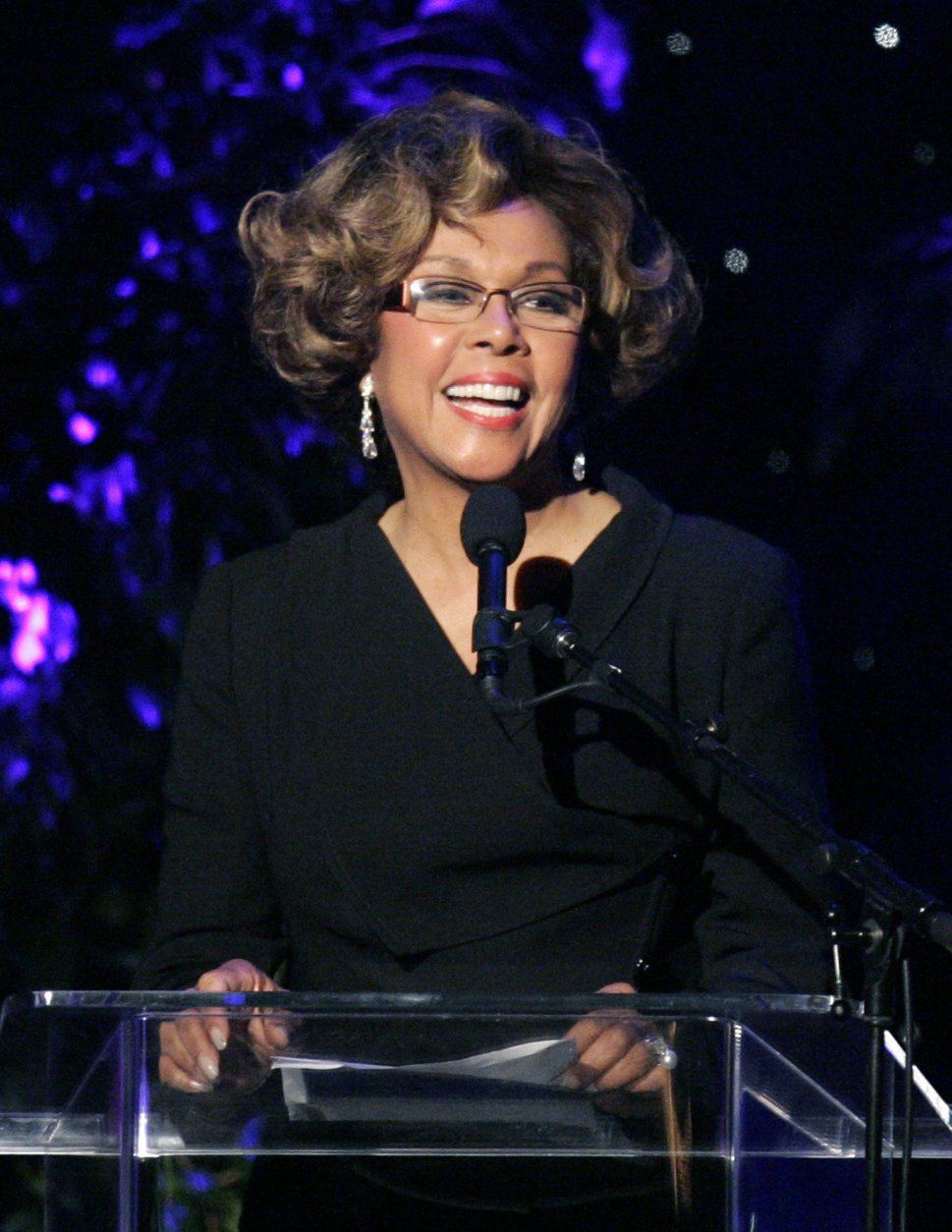 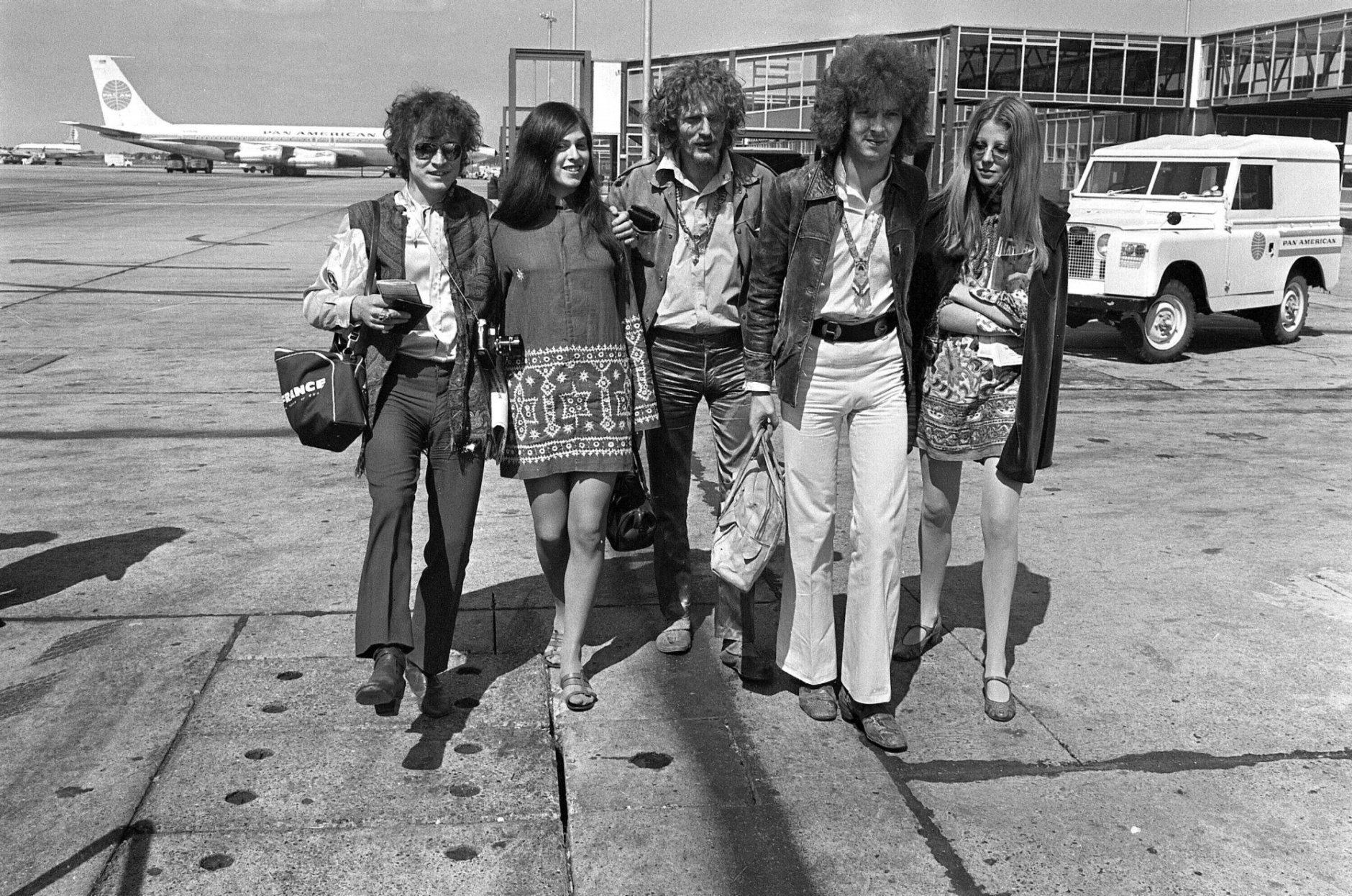 18/22
In this Aug. 20, 1967 file photo, members of the rock group Cream depart from Heathrow Airport in London, for their American tour. The trio, walking with unidentified female companions, from left are, base guitarist Jack Bruce, drummer Ginger Baker, and lead guitarist Eric Clapton. Baker, the volatile and propulsive British musician who was best known for his time with the power trio Cream, died Sunday, Oct. 6, 2019, at age 80, his family said. (AP Photo/Peter Kemp, File) 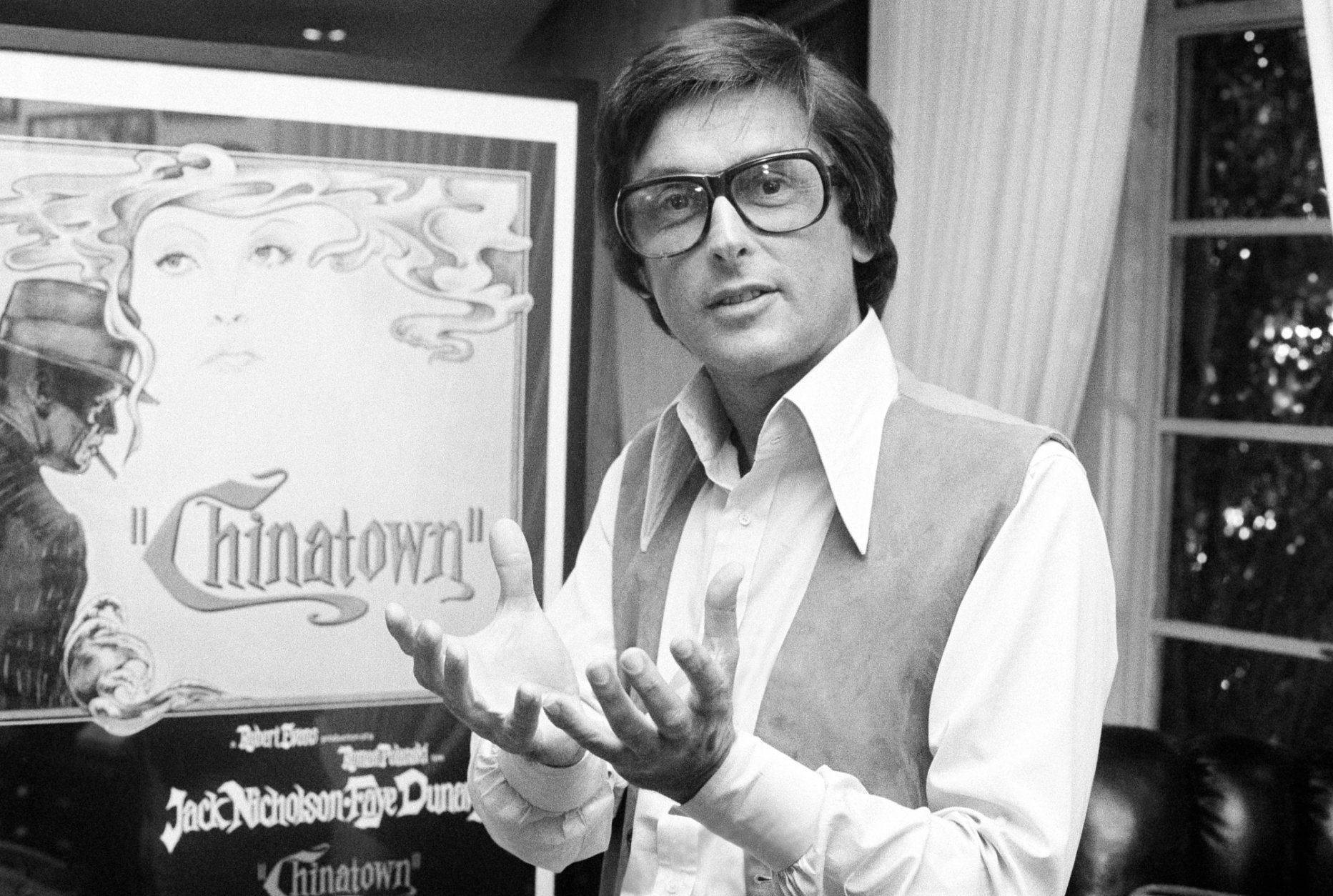 19/22
This 1974 file photo shows Paramount Pictures production chief Robert Evans talking about his film “Chinatown” in his office in Beverly Hills, Calif. A representative for Evans, the producer of “The Godfather” and “Chinatown,” confirmed that Evans passed away Saturday, Oct. 26, 2019. He was 89. No other details were immediately available. (AP Photo/Jeff Robbins) 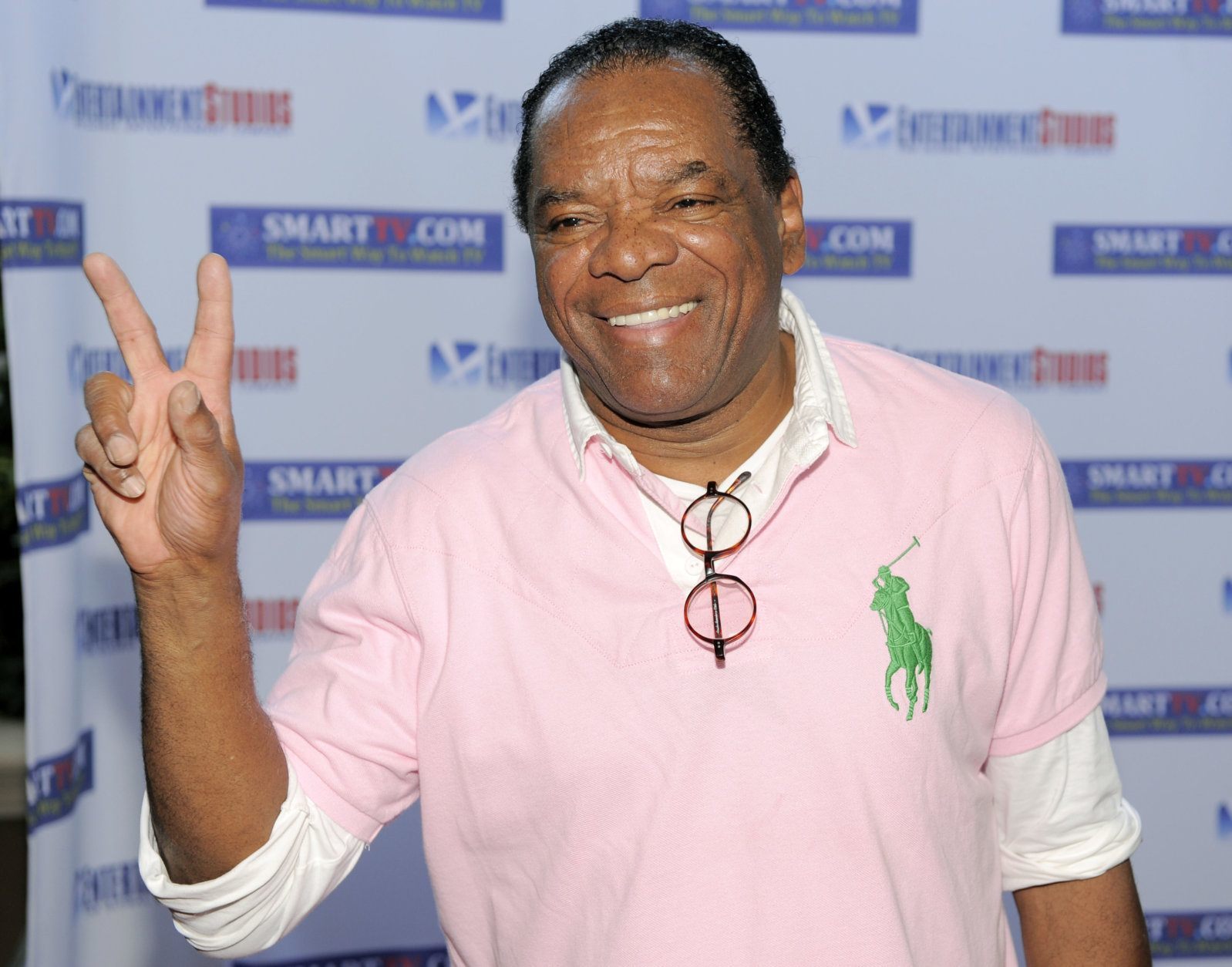 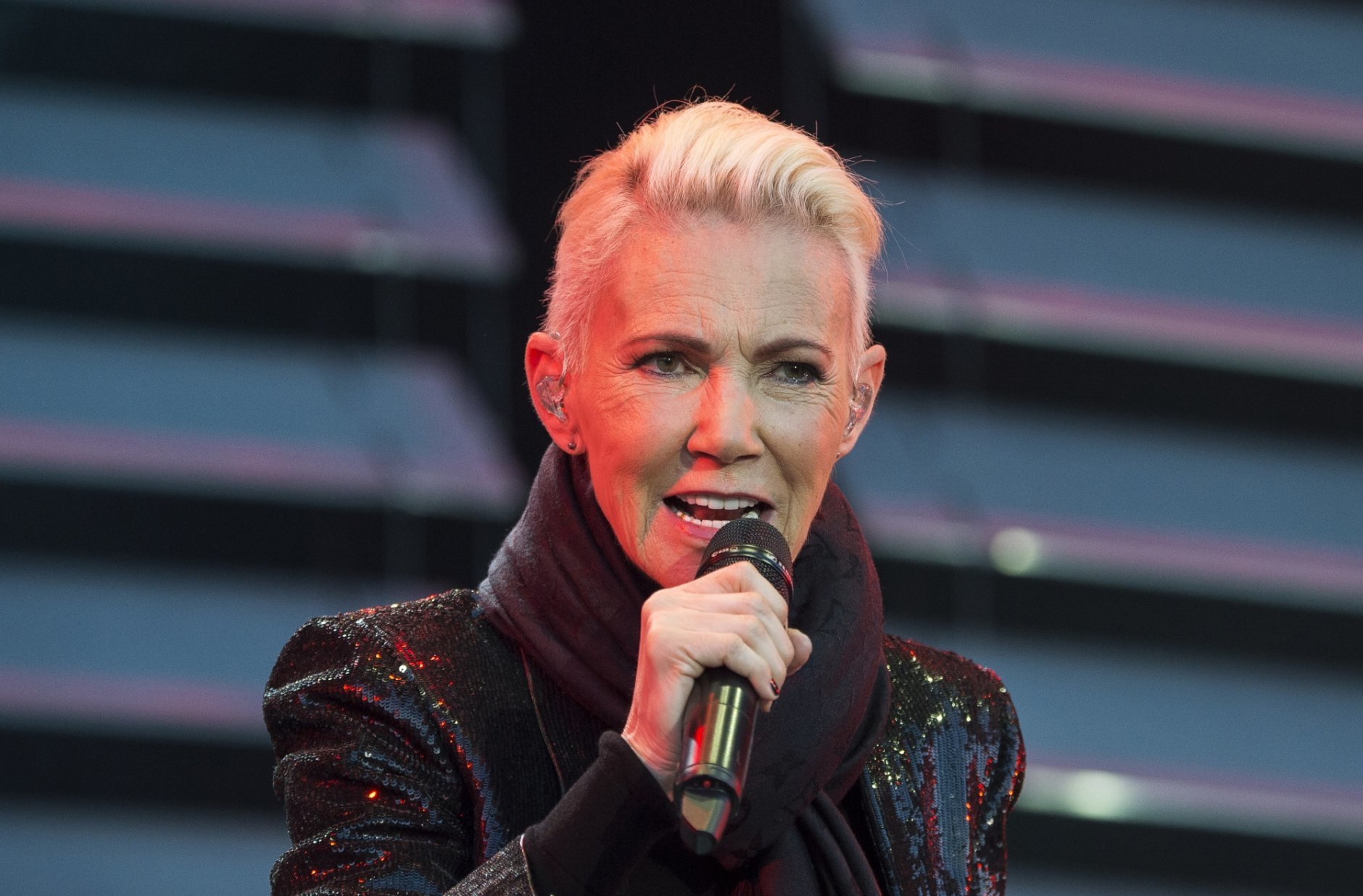 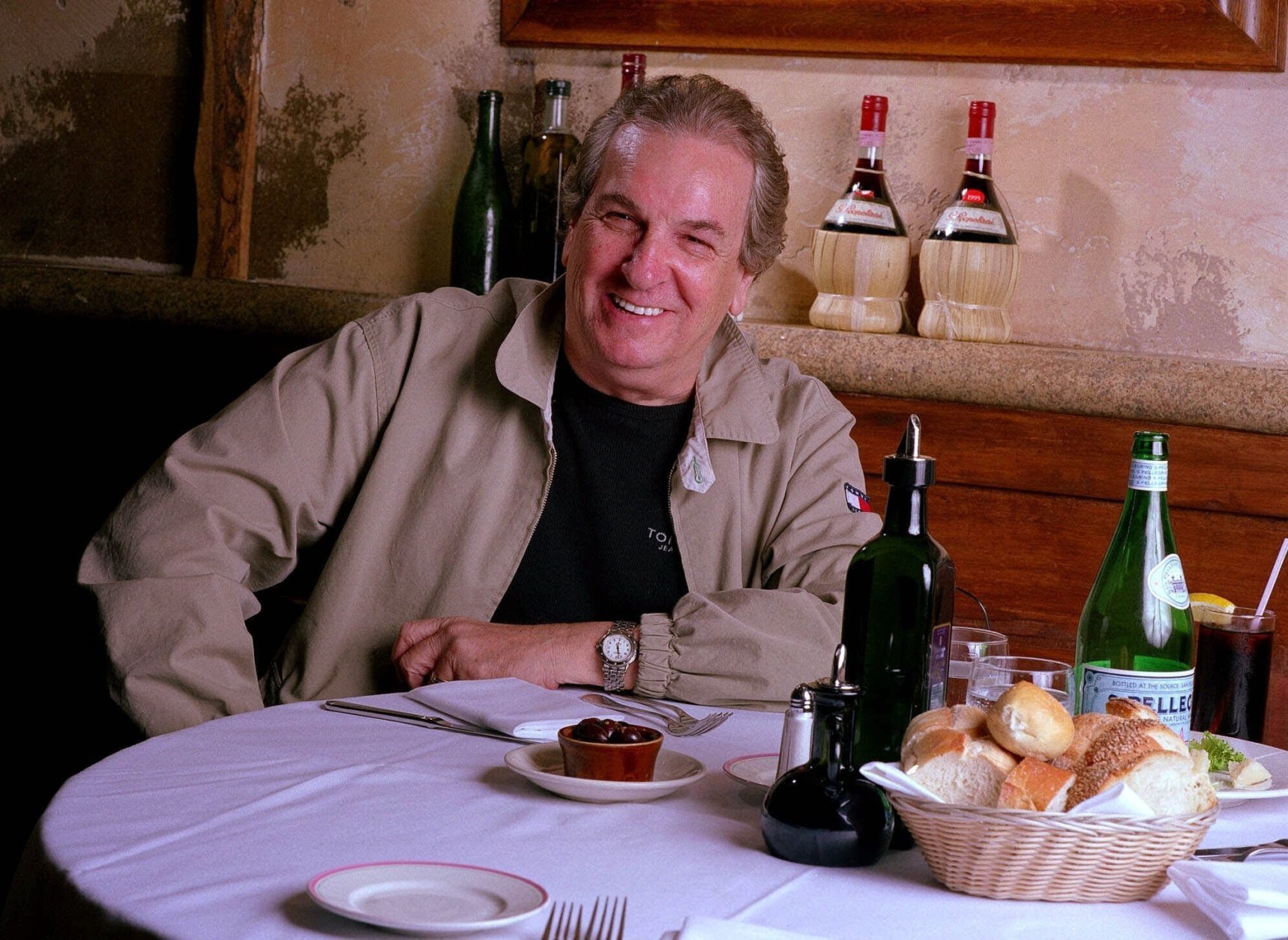 22/22
In this July 28, 2001 file photo, Danny Aiello poses for a photo at Gigino restaurant in New York. Aiello, the blue-collar character actor whose long career playing tough guys included roles in “Fort Apache, the Bronx,” “The Godfather, Part II,” “Once Upon a Time in America” and his Oscar-nominated performance as a pizza man in Spike Lee’s “Do the Right Thing,” has died. He was 86. Aiello died Thursday, Dec. 12, 2019 after a brief illness, said his publicist, Tracey Miller. (AP Photo/Jim Cooper, File)