The deputy who shot and killed an armed suspect in a Thurmont, Maryland robbery attempt earlier this week is Sgt. Kevin Riffle, the Frederick County Sheriff’s Office announced Thursday.

Riffle, a 13-year veteran of the police force, remains on administrative leave stemming from the shooting of 26-year-old Abraham Arellano of Thurmont, who was seen early Monday morning with a gun breaking into a home through a back window on Sandy Spring Lane near North Church Street in Thurmont.

The sheriff’s office said when law enforcement officials arrived, they saw a man who matched the description in the backyard.

Arellano was given commands, and he then told officials he had a gun. As he was walking outside, officers saw him holding a handgun, the sheriff’s office said.

Arellano was told to put the gun down, but he ignored the commands and continued to walk toward the home. Riffle opened fire with his patrol rifle and struck the man once.

The sheriff’s office previously said investigators found that Arellano was actually the caller who made the report. He had just moved from the home because of ongoing domestic issues. The current resident had applied for a protective order against Arellano, the sheriff’s office said. 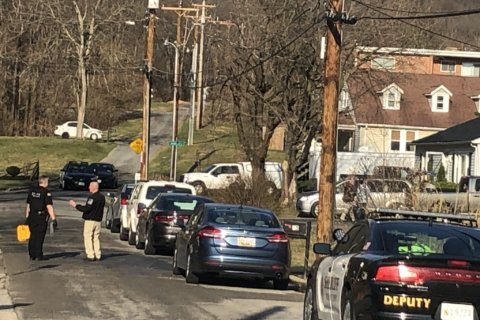