Holidays: 'Enchant' shines with millions of lights in Nats Park | Where to see holiday lights | Send in photos of decorations | How to give greener this season
Home » Food & Restaurant News » Plant-based pancakes? Vegan diner…

Diner menus are often filled with crispy bacon, fluffy eggs and buttery stacks of pancakes. But a new restaurant is out to prove that diner food can be vegan.
Listen now to WTOP News WTOP.com | Alexa | Google Home | WTOP App | 103.5 FM
(1/11) 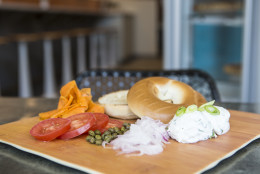 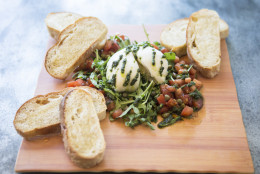 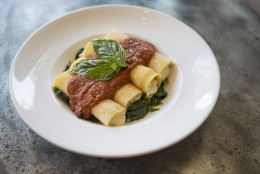 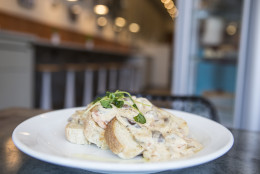 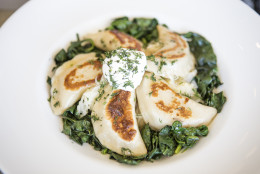 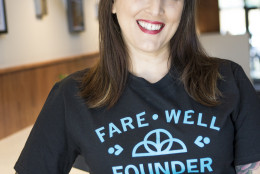 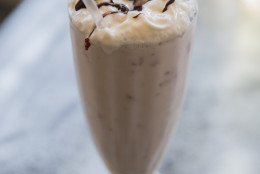 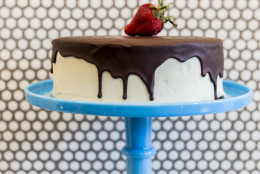 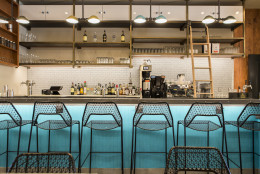 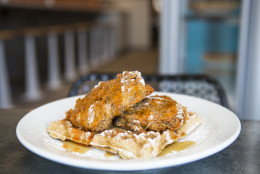 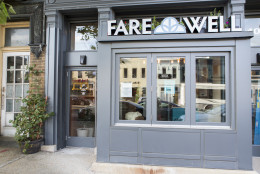 WASHINGTON — If you’re looking to scale down the amount of animal products in your diet and increase your veggie intake, it’s time to say “hello” to Fare Well — D.C.’s newest diner.

Similar to other diners in the city, the H Street restaurant cranks out classics, such as omelets, pancakes, knishes and burgers. The difference: the food at Fare Well is plant-based and free of meat, dairy and eggs. Owner Doron Petersan doesn’t like to give it a label, but if you must, “vegan” is accurate.

“If you think about it, vegetarians and vegans are a very small part of the population, so I am not here for only one population, or else I won’t stay around for very long,” said Petersan, a former champion on Food Network’s “Cupcake Wars: All-Stars” and the owner of the Columbia Heights bakery Sticky Fingers Sweets & Eats.

The New York native says the menu at Fare Well was inspired less by greasy spoon joints and more by the diners she grew up frequenting — where gravy means red sauce, not a topping for biscuits. It’s packed with Italian, Greek and Eastern European dishes, including an eggplant parm melt, moussaka and pierogies.

“The goal is to show everyone that this is accessible, delicious and that great food can be made when you’re focusing only on vegetables, just as you can when you’re also focusing on meat-based products,” Petersan said.

The French toast casserole is made with baked challah and a vanilla coconut whipped cream, and Southern fried seitan tops waffles for a play on chicken and waffles. There’s even a house-made cashew and almond burrata, served with kale pesto, balsamic marinated tomatoes, arugula, capers and toasted baguette.

“You will quickly see that there are items that don’t have any animal products in them … and people don’t always realize that. Things can be made without dairy or eggs,” Petersan said.

A perfect example is pasta. Petersan says not all recipes call for eggs. In fact, the one she uses at Fare Well to make fresh fettuccine, cannelloni, ravioli and cavatelli, hails directly from her Italian grandmother.

“It’s veggie-centric and plant-based and it has to be delicious for everyone,” she said.

In true diner fashion, Fare Well is open from breakfast through dinner. Full service starts at 11 a.m. Before that, customers can choose from sweet and savory options at the grab-and-go pastry counter and coffee bar. The restaurant’s bar program, headed by Matt Halligan, keeps it open until midnight (and 2 a.m. on the weekends).

There are classic cocktails — “We’re looking to really build the bourbon and rye and scotch,” Petersan said — as well as signature drinks, like the Tiber Creek, made of mescal, passion fruit juice, ginger liqueur, lemon grass syrup and grapefruit bitters.

The beer and wine is all on-tap — a feature Petersan was passionate about implementing.

“Environmentally, kegs can be reused but bottles can’t, so it makes more sense, and also we don’t have to deal with any trash or recycling in that aspect,” she said.

In the last decade, vegan food has become more mainstream. A number of dedicated restaurants have opened in the District, and more chefs have added vegan-friendly options to their menus.

But Petersan doesn’t want Fare Well to be seen as a fair-weather eatery contributing to the trend. She has more lasting plans for her Northeast outpost.

“Diners don’t go out of business ever; they’re not allowed to. Once you have a diner establishment in your neighborhood, it has to be there for at least 110 years,” she said.