Time to get baking: Marijuana makes a splash in the food industry 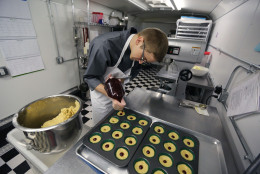 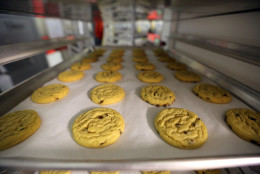 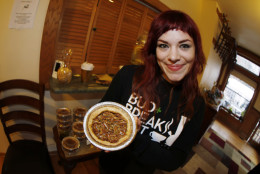 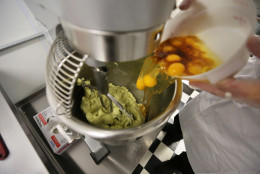 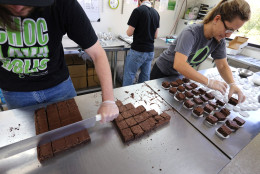 WASHINGTON — Move over, kale. There’s a new leafy green rising to fame in the food world — but you won’t be able to find it at your local grocery store. You’ll need to know a guy.

Around the country, more chefs and home cooks are incorporating cannabis into their cooking — and we’re not just talking about brownies.

The New York Times reports that “cooking with cannabis is emerging as a legitimate and very lucrative culinary pursuit.” Skilled cooks are leaving jobs at respected restaurants to experiment with innovative ways to infuse marijuana into dishes that one might expect from a five-star restaurant, and major publishing houses are exploring cookbook projects.

The trend is hitting the nation’s capital, too. Al Goldberg, founder of the D.C.-based food incubator Mess Hall, is gearing up to host the city’s first pot-inspired food festival, called Blazed and Glazed. It’s an event that’s poised to be the highlight of the season.

“With Initiative 71 and the new legalization of home use of marijuana, now is the right time. There’s been a lot of interest and a lot of questions. People are very curious about different ways that they can ingest marijuana,” Goldberg said.

And demonstrations from the experts will teach just that.

Throughout the day, East Coast Grow co-creator Matthew Doherty will lead classes on how to make cannabutter and THC tinctures, which can be used in cocktails and icings.

“There are a lot of different extraction techniques and that’s something we’re going to cover. It’s a far cry from just crushing up bud and putting it into Duncan Hines brownie mix,” Goldberg says.

Some of D.C.’s best chefs, including Tarver King from The Restaurant at Patowmack Farm and Mathew Ramsey of PornBurger fame, will be on-hand to whip up dishes sure to satisfy even the fiercest case of the munchies.

Ramsey is not green when it comes to cooking with cannabis. He uses the drug to make everything from grilled cheese, to a THC-infused smoked olive oil and even charcuterie. He recently featured his Munchbox burger — a double-patty concoction that utilizes marijuana-infused beef fat — on his website.

“It’s fun because it’s not just brownies any more. Don’t get me wrong, I have nothing against brownies, but you’re seeing savory applications,” he said. “Basically, where there’s a will, there’s a way.”

The plant’s strong, earthy taste pairs well with more foods than one might think, Ramsey said.

Ramsey will demo his Munchbox burger at Blazed and Glazed, but will leave out the marijuana. In fact, all of the food available at the festival will be weed-free, including bites from Astro Doughnuts & Fried Chicken, Sloppy Mama’s Barbeque and The Fry Brothers. However, beer, music and Saturday morning cartoons will be aplenty.

“I think the idea about this event is knowing that now that marijuana is becoming mainstream, we wanted to give a nod to it being mainstream,” he said.

“We said no tie-dye, no really bad reggae covers, and it’s because we didn’t want to do the stereotypical stoner-hippie sort of event … We wanted to say, ‘Look, this is a sophisticated event that’s bringing people together who want to focus on food that also appreciate using marijuana.’”