There Goes Our Hero: 9:30’s Hurwitz opens The Anthem with Foo Fighters 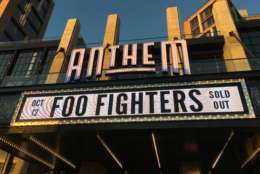 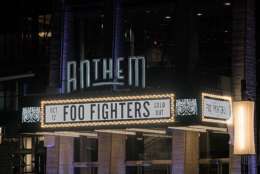 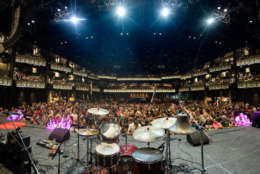 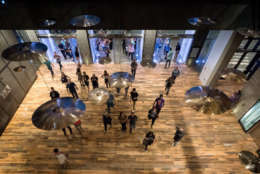 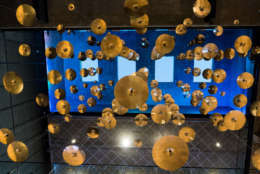 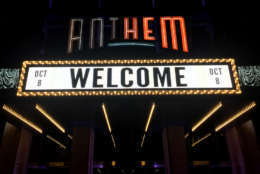 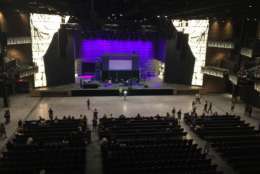 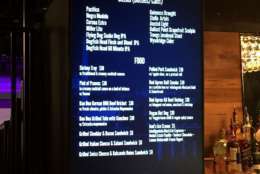 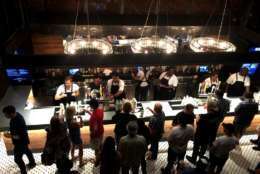 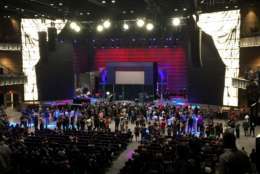 WASHINGTON — He’s the brains behind some of our area’s most beloved live music venues, from the 9:30 Club and Lincoln Theatre in D.C. to Merriweather Post Pavilion in Maryland.

“We want to make it the best venue in the world,” Hurwitz told WTOP. “It will take some tweaking, but we’re gonna get there. Our goal is to make it truly the best experience for both the bands and the audience. … It’s going to be spectacular. We don’t think of Washington as being out on the water; but if you’ve ever been out on a boat, it really is. It’s really amazing.”

“He was the obvious choice,” Hurwitz said. “He’s from here, he knows everybody, he’s kind of like the neighborhood guy. So I texted him a photo and said, ‘Who else should open this?’ He said, ‘Nobody.’ It was really that easy. ‘Who else should open it? The Foo Fighters.’ It was obvious … There was no plan B actually. … We never even thought about a second choice.”

After landing the Foo Fighters and opening act The Struts for Thursday night’s big kickoff, the floodgates opened for other acts begging to play the hot new venue in the nation’s capital.

“Once we told everyone about the venue, everyone was like, ‘Oh, I want this act to play! I want my band to play!’ Everyone started lining up. It was crazy. Dave actually said, ‘You know, everyone is going to want to play here.’ I was like, ‘Well, it usually takes time; the word has to get out.’ He was like, ‘No, you don’t understand. It’s going to be instant, it’s going to be crazy, you’re not even going to have enough dates. … Everyone is gonna wanna play this place!”

“The funny thing about Lorde, she’s doing an arena tour, [which] bring their own stage usually,” Hurwitz said. “The night before tickets went on sale, they realized the stage they’re carrying doesn’t fit. We said, ‘Oh, we hadn’t thought of that.’ They said, ‘This is going to be a problem for you on every arena tour, because they tend to bring their own stages.'”

So, Hurwitz did what he always does: he problem-solved.

“I called Monty Hoffman, who’s building the whole Southwest Waterfront. I said, ‘Monty, have we built the stage yet?’ He said, ‘No.’ I said, ‘Don’t. It’ll be better if we have a stage we can take in and out instead of building a permanent stage, because apparently a lot of these acts bring their own stage. So we called Lorde back and said, ‘Alright, you can bring your stage!'”

It’s just one of many collaborations between Hurwitz and Hoffman, who’s developing the Wharf with $2.5 billion of condos, apartments, restaurants, piers, boardwalk and The Anthem.

“He’s been integral in designing this venue and working with us every step of the way,” Hurwitz said. “People build these venues and they’re rectangle shaped and you just accept the idea that you sit in this [balcony] and look to your left or right to the stage. Monty, who’s not a concert guy — sometimes it takes a fresh set of eyes from someone outside the business — he comes in and innocently says, ‘Why wouldn’t you face the seats toward the stage?'”

So, the Anthem designers crunched the numbers and found the perfect mathematical formula to angle each balcony box just enough so that each looks directly at the stage.

“Every seat is a great view,” Hurwitz said. “There’s 500 seats in the first rows of the balconies. These are reserved, first-class seats. We’ve given the opportunity for people if they want to spend a little more, $20-$25 more, [to have] the best seats. … I wanted to make sure these were available to the public. … The people that buy them have to be the ones that show up.”

Ticket holders must bring identification. As a result, you won’t find seats on resale sites.

“I’m really anti-scalping,” Hurwitz said. “You don’t see my concerts on those StubHub sites. I just don’t believe in it. … We’re able to make these available to you and not scalpers. That’s the only way to do it. Otherwise, the scalpers would somehow get them with the bots or whatever.”

Behind the balcony seats, Hurwitz has included a row of “standing room” general admission, in addition to the G.A. pit below like 9:30 Club.

When you’re not watching the show, you can grab drinks and concessions at the bars.

“Down on the Wharf, there’s all these incredible restaurants; we don’t want to compete,” Hurwitz said. “I’d want to go early and have a great meal at one of these restaurants. … But we do have food. … The kitchen will be better in a few months [but] when we open, it’ll be mostly walkaround stuff. … It’s the same people who do our backstage catering at Merriweather.”

As far as concessions go, Hurwitz is most excited for his signature dessert.

“The 9:30 [Club] is famous for the 9:30 Cupcakes; and the Lincoln [Theatre] I came up with Lincoln Logs, which are kind of Ho Hos,” Hurwitz said. “We have a new signature dessert item. It’s at the Wharf, right? [So we have] ‘Wharfles,’ fresh-made waffles like in Belgium. … I tried the first version of them the other day. Man, were they good! Wait’ll you taste these things!”

Before or after the show, check out the riverfront view from the balcony above the marquee.

“Everyone likes to stand behind the Hollywood Sign in Los Angeles, so I wanted to have that experience,” Hurwitz said. “When we were designing the marquee, we had these ‘ANTHEM’ letters. I wanted them big enough that people could actually stand behind them and that would be a thing; you go up and take a picture. … I was actually out on it last night at sunset. Wow! People just have no idea how great this is gonna be — but they’re gonna find out.”

Even in the lobby, you can look up at the ceiling and see the turquoise bottom of an active swimming pool, which belongs to the apartment complex that surrounds The Anthem.

But beyond any of the amenities, the most important element is the same great I.M.P. staff.

“You can build whatever venue you want, you can open whatever restaurant you want, but those are just walls,” Hurwitz said. “It’s how you run it that makes the difference. You can build the most beautiful venue in the world, but if you treat everyone poorly, it’s not gonna matter. Our thing is to be nice and treat people right. Everyone likes to be treated nicely, right?”

Click here for the full calendar. Listen to our full chat with The Anthem founder Seth Hurwitz below: