The D.C. region could be suffocated by even more traffic if major improvements to the region’s bus system do not come soon, a draft report obtained by WTOP finds.

Even so, making those changes in a way that avoids negative impacts could be extremely challenging.

The Washington Area Bus Transformation Project draft strategy’s executive summary, labeled “not for circulation,” paints a dire picture of what happens if bus-only lanes, totally revamped bus routes and other changes are not implemented: “Without transforming the bus system, the region’s competitiveness and livability are at risk.”

The report groups more than two dozen recommendations into six broad areas. Some are clearly meant to directly make taking the bus quicker and easier; others focus on cost savings and shifting responsibility for routes between local bus systems and Metro.

“Without intervention, bus runs the risk of becoming the mode of last resort, or worse, the mobility option reserved only for those who have no other choice,” said the report, labeled “Prosperity in Peril.”

Long-term reliability concerns have helped drive down Metrorail ridership in recent years, too, with people buying cars after deciding they cannot rely on Metro outside of rush hour due to major track work repairs. An estimated 55 percent of Metrobus users today do not have a car at home.

Over the next few years, If the project is implemented as planned, buses across the region could change from something often perceived as a “last resort” to something that is “appealing and desirable,” becoming a mode of transport that could begin “reshaping travel choices over time, with significant impacts on where people choose to live and work,” the report said.

Northern Virginia has been taking a number of steps recently aimed at making the bus more attractive, including free rides to avoid the worst of Interstate 66 toll lane construction.

In the District, bus lanes are planned to begin this summer on H and I streets in Northwest, and there are longer-term plans to build a dedicated transit way on K Street in Northwest.

As traffic has increased across the region, bus speeds have dropped though over the last decade, which slows commutes, increases operating costs and pushes more people who have the option to drive alone. In the worst spots today, buses can be no faster than walking.

Commuter buses such as PRTC OmniRide and Maryland’s MTA buses in the region could eventually fold the study’s recommendations into their long-range plans, too.

Some of the recommendations have been slowly in the works for several years; others, like free transfers between bus and rail services, come from advocates, while still other recommendations are meant to address perceptions about why some people choose to sit in traffic alone rather than taking transit.

Any focus on cutting costs has raised concerns from some of the people involved in the study that even if a bus overhaul in the region increases ridership, some people could be left behind.

Houston totally reworked its bus system in 2015; Baltimore and Richmond have overhauled their systems more recently to increase ridership.

In Baltimore, the route overhaul included more than 5 miles of new bus-only lanes downtown, which the MTA found has sped up buses on most of the blocks without any significant additional traffic jams for people in cars.

Though the changes have boosted ridership in many cases, they have also raised concerns about who benefits, with groups in Richmond lodging complaints about decreased service in some lower-income areas.

The draft strategy in Washington emphasizes the need to be inclusive, but also calls for consolidation of back-office functions that could make the region’s buses run “more ‘like a business.'”

“Recognize that one size does not fit all, and service decisions must be guided by demand drivers, critical success factors and coordinate performance targets,” the strategy recommends.

The region could also consider nontraditional bus service, such as the new microtransit test planned for Montgomery County this summer.

“The region’s agencies must pilot new technologies and techniques — that don’t require extensive political will or funding streams for individual projects,” the report recommends.

Pilot programs could focus on better bus trips for riders, or on back-end technology such as standardized data systems across the region when current contracts expire.

The D.C. region’s draft strategy is due to be formally presented at open houses in Arlington on May 20, the District on May 21, and in Silver Spring on May 23.

After the strategy is finalized this summer, more concrete one-, three-, five- and 10-year action plans are due to be laid out this fall. Work on the most straightforward adjustments could begin by the end of the year, with the first significant changes starting in 2020.

‘Buses are the key’

Getting more people on the bus, with service that is frequent and reliable and goes where people need it to, is critical to the region’s economic future and people’s quality of life, the draft strategies argue.

“Growing congestion results in poor access to jobs, higher costs of living and decreased economic growth, which is degrading the region’s competitiveness,” the study said. “Buses are the key to our region’s mobility and prosperity, but they are currently not being used to their potential.”

To change that, the region needs more intuitive bus information, maps and fares, and buses that get priority on the region’s roads.

Metrobus responsibilities could be pared back to only high-frequency routes on major roads, with other routes shifted to local governments.

That would be a particularly significant change in Prince George’s County, where TheBus is relatively bare-bones and there is no guarantee that state money that currently supports Metrobus would be shifted to support local routes. It could also create significant changes in the District, where the DC Circulator is only a supplement to Metrobus service today.

Today, Metrobus carries about 80 percent of the region’s daily bus trips. Bus ridership stretches throughout the day, including one-third of trips taken in the middle of the day — more than the share during the afternoon rush.

The idea of the changes would be to focus spending on the busiest and most needed routes at all times.

Costs could drop dramatically if bus-only lanes and other improvements to speed up trips are implemented, since the same service could be run with fewer buses while attracting more riders.
Bus lanes are even more critical as increased use of companies such as Uber and Lyft add to traffic troubles, the study said.

Such lanes — and any associated parking restrictions or other rules — would need to be enforced through cameras, police or some combination of the two.

Here’s the full list of draft recommendations in the copy of the report obtained by WTOP:

2 — Prioritizing buses on major roads is the fiscally responsible way to move the most people quickly and reliably
A — Obtain commitments from each local and state jurisdiction to prioritize bus on major corridors within their boundaries
B — Adopt consistent priority guidelines for corridors across the region
C — Develop enforcement programs that maximize the effectiveness of bus priority efforts
D — Offer incentives to jurisdictions to encourage implementation of the regional priority guidelines
E — Coordinate with regional congestion mitigation efforts, including congestion pricing, curb access management, and parking limitations to move more people more efficiently

3 — Frequent and convenient bus service is fundamental to accessing opportunity, building an equitable region, and ensuring high quality of life
A — Develop a regional bus network plan that realigns routes to create the most efficient and customer focused bus system
B — Adopt consistent guidelines across the region to provide customers with the right amount of bus service by location and time of day
C — Provide flexible, on-demand transit services to markets where customers are not well served by conventional bus service

6 — Customers in a region with multiple bus providers need a regional steward to transform the bus system
A — Form a regional task force responsible for Bus Transformation Project execution; after a three-year period, transfer responsibilities to a formal Coalition of jurisdictional representatives with authority for implementation
B — Hold transportation and transit agencies accountable for prioritizing bus as a primary mode of transportation within their organizations
C — Publish an annual Bus Transformation and bus performance score card to drive accountability for results 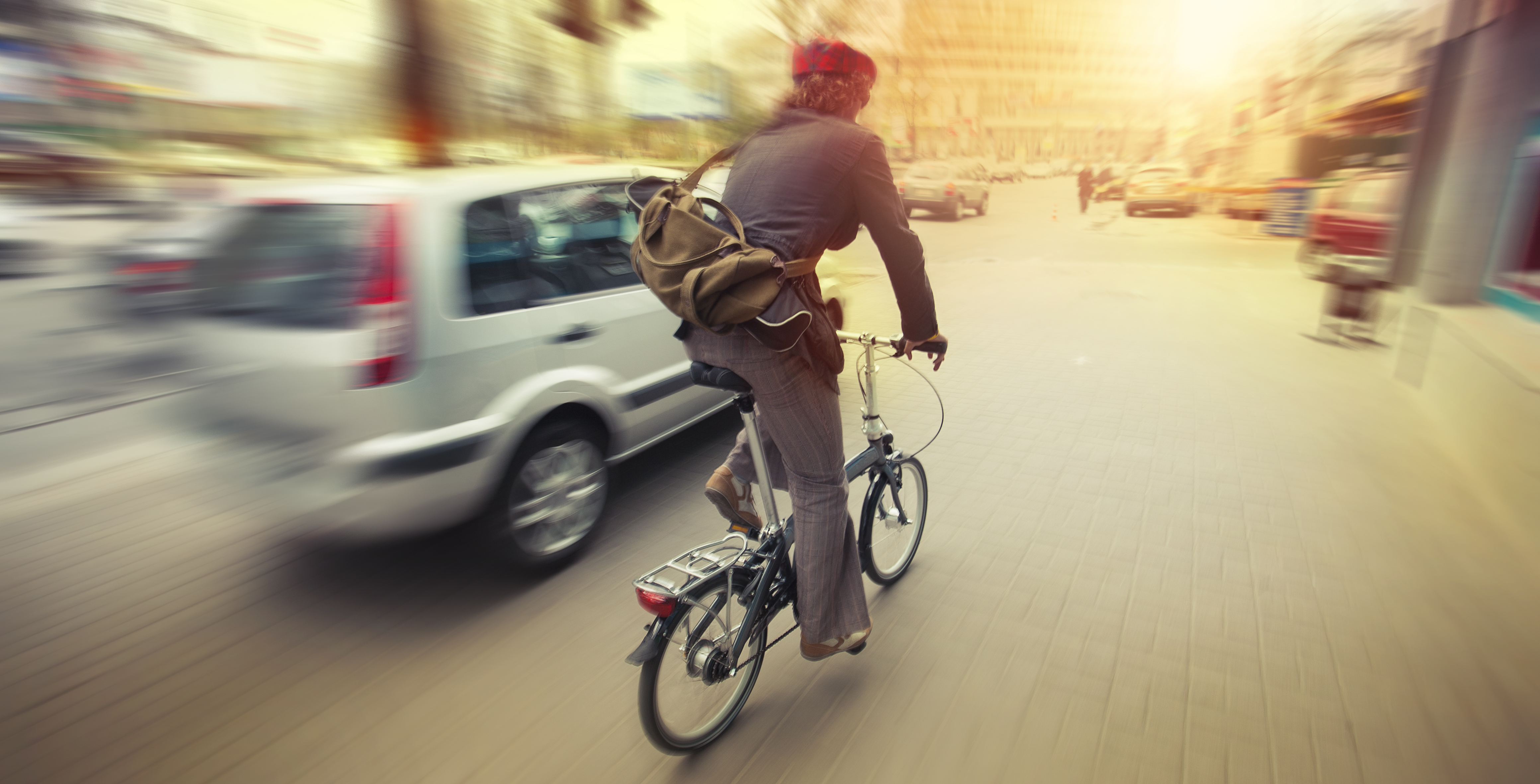