Adoption of the $291 billion plan came only after narrow votes against additional language aimed at boosting the odds of avoiding widening of I-495 and I-270.
Listen now to WTOP News WTOP.com | Alexa | Google Home | WTOP App | 103.5 FM

WASHINGTON — A fight over Maryland Gov. Larry Hogan administration’s plans to add toll lanes to an expanded Capital Beltway and Interstate 270 spilled over Wednesday into what is often a staid regional vote to adopt a long-range transportation plan describing how we will get around over the next 25 years.

The Metropolitan Washington Council of Governments’ Transportation Planning Board adopted the “Visualize 2045” plan covering $291 billion to maintain the existing system and build some significant additions. The adoption of the plan came only after narrow votes against additional language aimed at boosting the odds of avoiding widening of I-495 and I-270.

More than 600 projects that include highway and transit components are included in the plan. The plan covers transportation projects in the greater D.C. area.

Of the projected funding, 68 percent comes from state and local budgets; 16 percent from fares or tolls; 13 percent from the federal government; and 4 percent from other sources.

About $40 billion — 14 percent of the funding — is planned to be used for highway expansion, while 8 percent, or $24 billion would go toward transit expansion.

By 2045, the region is projected to grow from 5.7 million residents to nearly 7 million residents, with the largest raw population growth in Fairfax County and the District, and the fastest rate of growth expected in Charles County, making it even harder to find affordable housing unless changes are made. The number of jobs is expected to grow from 3.3 million to 4.3 million.

Some of the more than $60 billion in transportation expansion projects include:

D.C. Streetcar extensions also remain in the plans, along with improved bus service in Montgomery County and along Route 1 in Virginia and some additional MARC and VRE service.

The board has typically compiled the plan based on planned projects submitted by local, state and regional transportation agencies, but took steps during this process to also outline some aspirational goals that could make a more significant difference to how people get around in the region.

The aspirational goals include more efforts to bring jobs and housing closer together, expanding bus lanes to help move more people, moving more people on Metrorail, increasing telecommuting and other options, expanding toll lanes across the region that are free to buses or carpools, making it easier to walk or bike to transit, and completing a trail network connecting key parts of the region.

“I think it made what’s in front of us today better,” TPB Chairman and D.C. Council Member Charles Allen said. “Is it perfect? Of course not. Does it have room for improvement? Absolutely. Is it something we want to look toward, the next cycle, how we can think bigger and bolder? Without question.”

In some of the first steps for standing behind those goals, the board separately voted Wednesday to send a strongly worded letter to members of the Maryland commission responsible for the Nice Bridge replacement on U.S. 301 between Maryland and Virginia urging them not to put bikes in a lane with traffic where the speed limit is 50 mph. The proposal is under consideration as a way to cut costs after the Hogan administration sped up the construction plans while cutting tolls that were meant to pay for it.

Prince George’s County, Montgomery County and cities within them, such as Greenbelt and College Park, voted in favor of changes to the plan’s descriptions of the toll lanes planned for part of I-270 and the entire Maryland portion of the Capital Beltway.

In two votes, those proposed amendments to the Visualize 2045 plans fell just short.

The local governments said they’re concerned the plan for two new toll lanes each way on each highway is essentially a predetermined outcome of an ongoing environmental review. Those representatives said including the initial plan for four additional lanes on each road in the region’s long-range plan makes that option even more likely to be selected, whether or not it is the best option for travelers, the communities involved and the environment.

Rockville Mayor Bridget Newton said the change simply asked for more intense consideration of the impacts on people who live around I-495 and I-270 and a better effort to include transit options in the plans that could move more people more efficiently and with less impact.

“It is understood by [Deputy Maryland Transportation Secretary Earl] Mr. Lewis that the proposal will not go outside the right of way, unfortunately we’re hearing different things. It hasn’t been put in writing,” Newton said.

Hogan has said there are no plans to take any homes using eminent domain as part of the toll lane project.

The Maryland Department of Transportation sharply disputes any notion that the initial plan is getting favorable treatment in the federally required environmental review.

That review is now considering about 15 options in all, Lewis said.

“It’s very important that roads like 295, 495 and I-270 in this case have the capacity to handle current and long-term growth,” Lewis said.

Lewis pushed back on the efforts to add language requiring a proper environmental review only to the toll lanes plan and not to other yet-to-be-finalized projects compiled in the long-range plan, since such a review with public comment is already required by federal law.

“There is 100 percent commitment to work with the communities involved and along the right of way,” Lewis said.

Beltway right up to the backs of homes.

Greenbelt City Councilman Rodney Roberts was among members of the Transportation Planning Board who said the toll lanes are such a large-scale project that it is different from others in the plan, and he said the state has done little to reassure him neighbors will avoid major impacts.

At the city’s Labor Day parade, Roberts said Lt. Gov. Boyd Rutherford even told him “if you don’t like it, don’t ride on it.”`

“They want their highway, and unless we say no, they’re gonna have it,” Roberts said.

College Park City Council Member Fazlul Kabir said people living next to the Beltway there have similar serious concerns about their homes, traffic, noise and pollution.

“The math does not work to solve all of our transportation issues and congestion by just building transit,” Lewis responded.

Newton said she may support “Express Lanes,” but does not want the road to be widened for them since that would simply lead to more traffic long-term.

The draft plan also included language suggesting Maryland’s toll lanes would not be free to buses or drivers meeting HOV requirements, making the lanes more like the toll lanes north of Baltimore than the ones in Virginia that they would connect to.

While that language was removed, the details of the toll lanes must still be worked out as the project advances.

The Visualize 2045 plan can and will be revised in coming years as projects like this one move into final planning and construction.

Concerns about other parts of the long-range plan included whether enough is planned to bridge the divide between the wealthier western half of the region and more economically challenged eastern half; whether there is a sufficient focus on getting people out of cars, and whether there is enough of an understanding of what technological developments such as electric or more autonomous vehicles could change.

Falls Church Vice Mayor Dave Snyder, who has served on the regional board for years, said the plan takes significant steps in the right direction with the newly outlined regional goals.

“What’s important is what we do from here on out. This is an excellent plan, but we’ve got to work more effectively to include the aspirational aspects,” Snyder said. 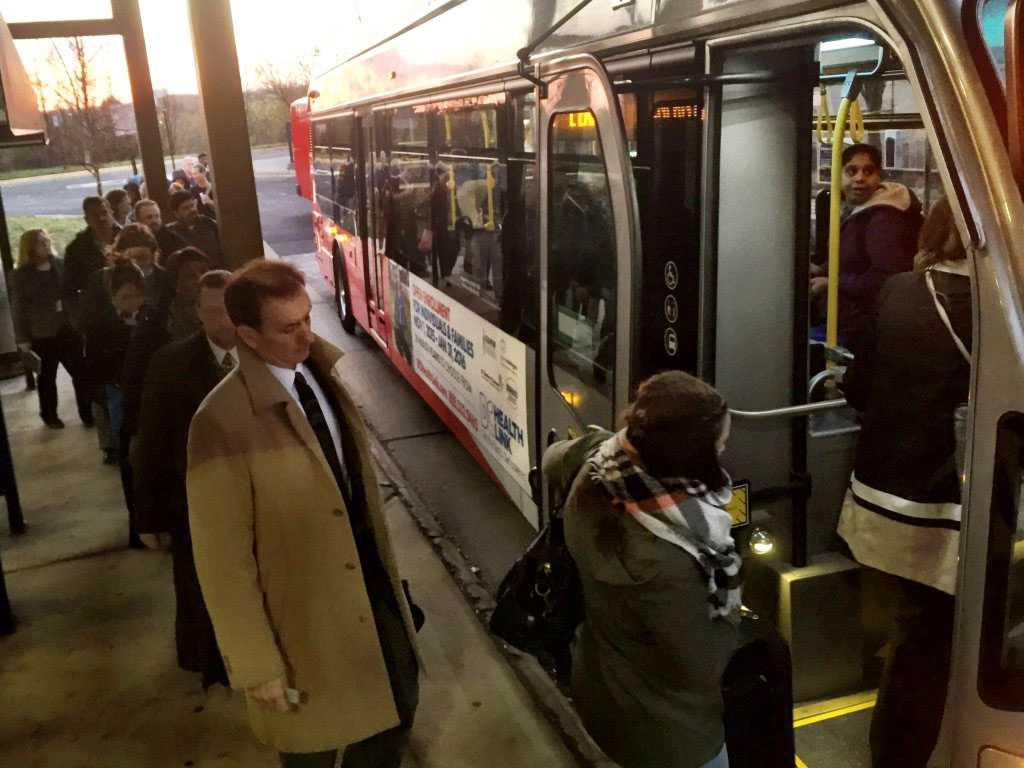 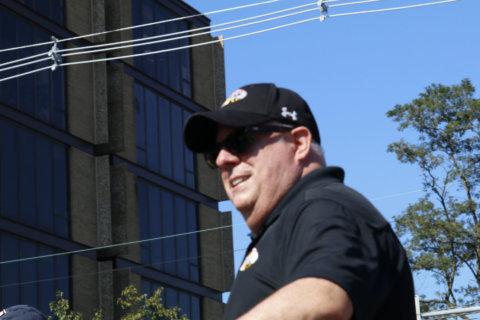