Getting to the Metro or a grocery store could be as easy as a tap on a cellphone, without the added costs of taking a cab or a potential wait for a bus in parts of Montgomery County starting this summer.
Listen now to WTOP News WTOP.com | Alexa | Google Home | WTOP App | 103.5 FM

Getting to the Metro or a grocery store could be as easy as a tap on a cellphone, without the added costs of taking a cab or a potential wait for a bus in parts of Montgomery County, Maryland, starting this summer.

Rather than running a scheduled, fixed bus route through neighborhoods near the Rockville, Wheaton and Glenmont Metro stations, Montgomery County plans to test an app-based system that will allow riders to request a ride through the Via app on an 11-passenger shuttle.

Via operates by directing users to a nearby stop that avoids taking the driver too far out of his or her way.

The services will be available in specific areas at specific times of day. Outlines provided ahead of a public hearing April 25 at Loiederman Middle School show one “microtransit zone” on the west side of Rockville Pike near the Rockville Metro that goes south to near Wooton Parkway and another larger area stretching from the Wheaton Mall north of Viers Mill Road along Georgia Ave. to Matthew Henson State Park. The western boundary of that zone would be Connecticut Ave.

The program is expected to launch in late June, but details are still being finalized.

Via is already involved in similar microtransit projects in other parts of the country, including Los Angeles, that are meant to extend the reach of rail or other mass transit service to areas that may be just a bit too far or too inconvenient to walk to or from at a lower cost than running full-sized buses on a regular schedule. As part of those programs, fares are frequently set at a flat rate.

That is different from Metro’s plan starting this summer to provide limited discounts on regular Uber, Lyft or cab fares to certain people with late-night work schedules due to the long-term cut in rail operating hours. 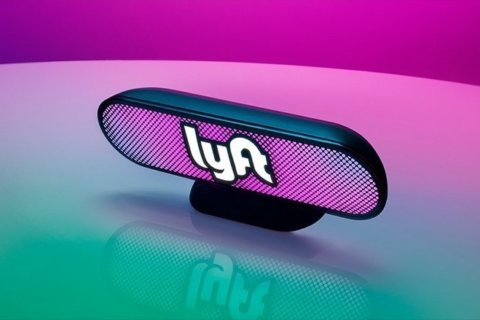 Metro to fund Uber, Lyft or cabs as substitute for late-night service