Data provided to WTOP by 10 local police agencies show that more than one pedestrian per week was killed in 2015 after being struck by a vehicle.
Listen now to WTOP News WTOP.com | Alexa | Google Home | WTOP App | 103.5 FM

WASHINGTON — Walking is becoming an increasingly dangerous activity, as the number of pedestrians killed in crashes in the Washington area continues to rise.

Data provided to WTOP by 10 of the top local police agencies show that 60 pedestrians died in 2015 after being struck by a vehicle.

In other words, more than one pedestrian now dies every week somewhere near the nation’s capital.

The preliminary local figures mirror national trends. The Governors Highway Safety Association says  pedestrian deaths across the country have increased 15 percent since 2009, and that alcohol, speed and distractions are contributing to the surge in pedestrian accidents.

Victims range in age from a 2-year-old toddler struck in Capitol Heights in April to a 95-year-old woman killed on River Road in Bethesda in late October. Of the five dozen people who died locally last year, the average age was 48 years old. About half of those struck and killed were 50 years or older.

October was the deadliest month for pedestrians last year: Nine fatalities were reported across the metro area in that month alone.

In the District, 15 pedestrians were struck and killed by a moving vehicle in 2015. That’s five more than in 2014.

Late last year, District officials unveiled a plan to curb the increase in pedestrian deaths that drew some criticism. The public comment period was extended through the end of January.

Since 2010, about half of all pedestrian and bicycle deaths in the city occurred on high-speed arteries, the D.C. police say.

Among the 15 deaths in 2015 was Margaret “Peggy” Ruth Dickie, hit by a delivery truck near Wisconsin Avenue and Calvert Street. Earlier that same day, a pedestrian was fatally struck by a school bus in Montgomery County.

The Montgomery County police report that 12 pedestrians were killed last year, up from nine in 2014. Pedestrian Safety Coordinator Jeff Dunckel says that the pedestrian was found to be at fault in most of these crashes.

“These fatal collisions oftentimes involve higher speeds in mid-block sections of the roadway where drivers are not expecting to see pedestrians,” Dunckel says, adding that pedestrians can do their part by being more aware of their surroundings and by obeying the traffic signals.

Drivers share most of the blame for all pedestrian-related collisions, he says.

“It’s very important for drivers to understand that they need to stop for pedestrians in the roadway… Slow down and observe posted speed limits. Too often speeding results in more serious collisions and fatalities,” Dunckel says.

“And a lot of the locations where our pedestrians have been killed this last year have been road sections where people are driving very fast. The bottom line is that speed kills and when people drive too fast and they hit a pedestrian then they are going to seriously injure or kill that pedestrian.”

Although the number of fatal crashes has ticked up in Montgomery County over the last year, Dunckel is pleased to report that the number of serious collisions involving incapacitating injuries has fallen by 28 percent in the last five years.

A 13th fatality, on I-270 in Germantown, was investigated by the Maryland State Police.

In Fairfax County, 12 walkers were fatally struck last year, including 72-year-old Silvia Raquel Corella Erazo, of Reston, Virginia. Pedestrian deaths have been steadily increasing in the county since 2012, when four walkers were killed.

The Metropolitan Washington Airports Authority says that the 12th death of the year was that of Alan Douglas Cruickshank, who was struck and killed in December on the eastbound off-ramp from the Dulles Toll Road to Wiehle Avenue.

Fairfax County officials, along with many local agencies, are combating the rise in crash-related pedestrian deaths by improving engineering, education and enforcement — the “Three Es” of traffic safety. The county says they are committed to upgrading outdated infrastructure on busy roads to create safe refuges for pedestrians, while also zeroing in on illegal and distracted travelers.

Prince George’s County police investigated 16 pedestrian fatalities last year, down from the 21 killed in 2014. The county’s first fatality came in late January, when 53-year-old Adjoko Lassey was struck and killed on Landover Road. Police said she was not in a crosswalk at the time of the crash.

In late spring, a motorcycle driver in Hyattsville lost control, causing his bike to fly into a group of pedestrians on a nearby sidewalk, injuring several people and killing a 7-year-old boy.

A fatality on the Inner Loop of the Beltway and another on Route 301 in Brandywine were investigated by the Maryland State Police, bringing the total for the county up to 18 for the year.

The National Highway Traffic Safety Administration says that a pedestrian is killed every two hours and injured every seven minutes somewhere in the country.

The NHTSA defines a pedestrian fatality as any person on foot — walking, running, jogging, hiking, sitting or lying down — who is involved in a motor vehicle traffic crash. Bicycle accidents, or those involving trains, are not included. 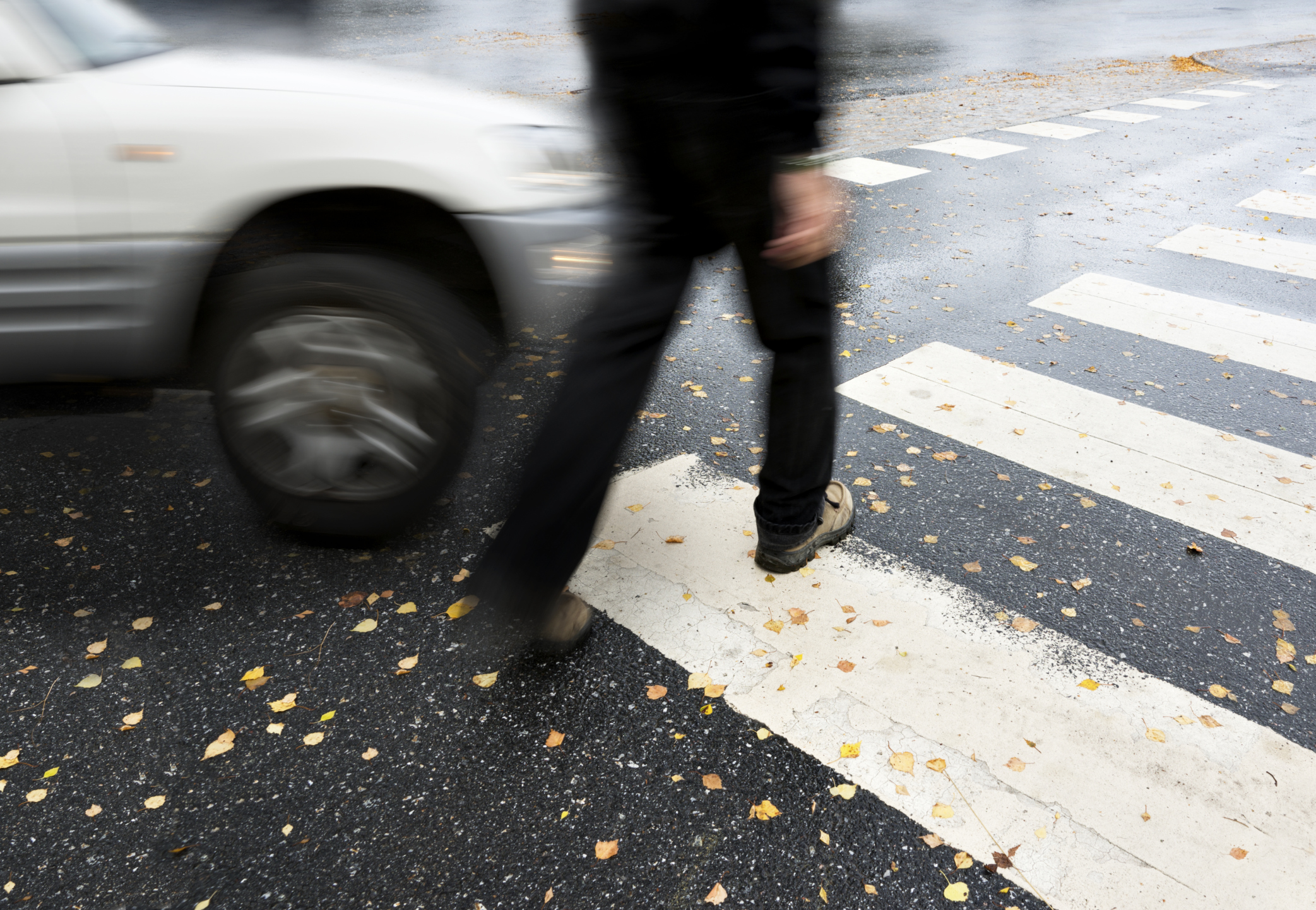