America as a country is growing older, and as more Americans get ready to put their life savings to work in retirement, more scam artists are trying to make sure there’s no savings left to live on.

Last year alone, Americans over the age of 60 were scammed out of almost $1.7 billion. It’s a problem that Patrick Wyman, a supervisory special agent with the FBI, said “is not necessarily a problem that we’re going to be able to prosecute our way out of.”

It’s leading the bureau to launch a new campaign. The Elder Justice Initiative is intended to raise awareness about the growing prevalence of scams, and to inform older Americans on ways to protect themselves. It’s also aimed at middle-aged Americans whose parents might be targeted.

“The frauds … are seeming to take different forms,” Wyman said. “They modify quickly, and the losses are so pervasive, and the numbers of victims are growing so great.”

The two most common types of scams right now are considered “romance scams” and “tech support scams.” In each case, the scammer tries to take advantage of someone’s vulnerability, either due to loneliness coming out of a pandemic, or due to a growing reliance on new forms of technology.

“One of the red flags is that an individual that has met you only online and continues to make up reasons why they’re not able to meet you in person. Maybe that they’re out of the country, they’ve had some sort of terrible family emergency or accident — these ongoing reasons for not being able to come see you in person should be a red flag. And, frankly, the profession of love too fast — again, it’s not really the norm.”

You should also be wary of any popup ad, text message or email claiming to spot a technical issue that’s bad news for your phone or computer. In fact, if someone pops up on your computer like that, Wyman said your best course of action is to immediately restart your computer, which will disconnect you from any bad actors.

“You’ll log back in and there will be no issue whatsoever,” said Wyman. “Beyond that, when a pop-up message pops up, don’t just call the phone number that’s provided. Do your own research to reach out to the entity purporting to call you.”

Whether it’s supposedly a tech company or your bank, “seek out your own information, call them separately to ask what’s going on and to inquire. Don’t just rely upon what’s showing up on your computer or phone screen.”

Being suspicious paid off for former FBI Director William Webster, a 98-year-old retired federal judge who also led the CIA once upon a time.

Back in 2014, he got a call claiming that he had won a foreign lottery, and that $50,000 was needed to collect his winnings. Over time, the scammer calling them got more belligerent and threatening. Now, that person is behind bars.

“Since we have become involved with this issue, we’ve heard sad stories of millions of dollars stolen, lives threatened, and even suicides,” Webster’s wife Lynda said in a statement. “My husband has been targeted for years. And when one scammer threatened our lives we knew we had to act.”

Other scams the FBI is seeing concern non-delivery/non-payment schemes, which take aim at e-commerce shoppers. The bureau says you should always shop online with a credit card because that way you can dispute the charges if something goes wrong.

Those who own a timeshare have also become prime targets. Any unsolicited contact from someone should be treated with caution, and never sign something where the terms and conditions might not be clear yet.

Also: If you’re asked to pay any money upfront before obtaining funds or property, you should beware. 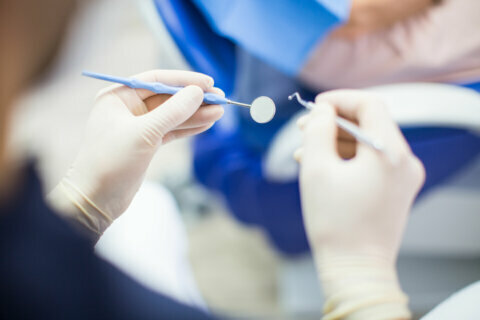