Unique Morris-Hughes, director of D.C.’s Department of Employment Services, said the city’s unemployment insurance benefits system “experienced a technical issue” that resulted in 39,000 residents being unable to receive their checks. But it has been fixed and people should get their money Tuesday or Wednesday.

D.C. Mayor Muriel Bowser said officials “terribly regret that this happened,” and that “we expect this week’s payment to be unaffected.” 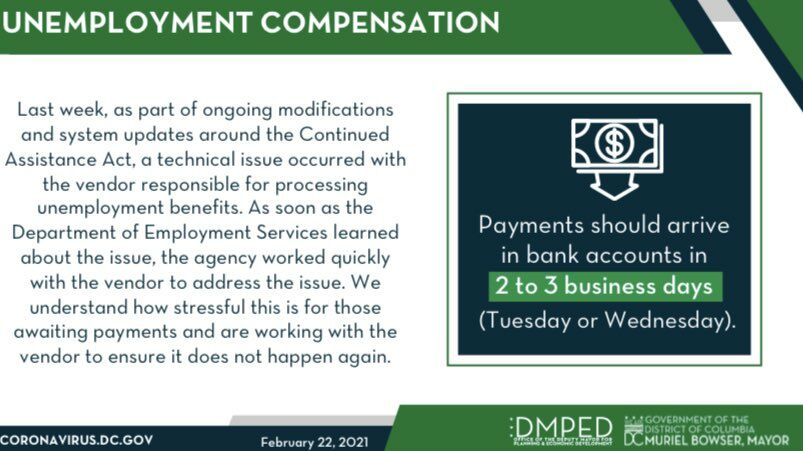 A second critical shipment to D.C. was also missed last week: COVID-19 vaccine doses. D.C. Health Director LaQuandra Nesbitt said brutal winter weather that has impacted most of the U.S. was to blame.

“In addition to that, a major distributor of the vaccine was also impacted, with essentially its employees being snowed in and unable to get to the facilities to be able to distribute vaccine to many jurisdictions,” Nesbitt said.

“The District of Columbia was impacted by that. It did cause some of our hospital and health care providers to have to cancel first-appointment clinics in the District of Columbia; we were able to prioritize continuing vaccination clinics that were scheduled through the centralized portal system. So, no individual who scheduled an appointment through vaccinate.dc.gov was impacted by our lack of receipt of vaccines as scheduled last week.”

The good news is that D.C. is scheduled to receive last week’s shipment early this week, as well as 17,590 additional doses.

But Bowser pointed to another downward trend: testing in the District, which she said officials are “not happy about.”

“So we want to make sure that if anyone is feeling symptomatic, or if they’ve been exposed, that they are going to get tested,” Bowser said. 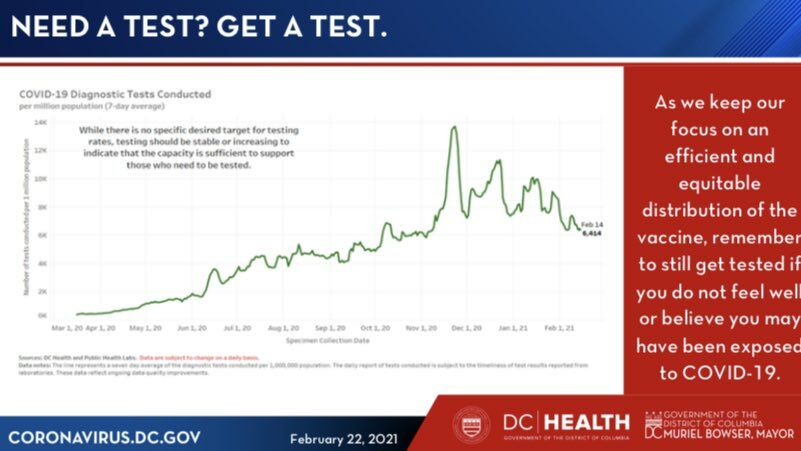 According to Nesbitt, last week, D.C.’s citywide testing numbers “were around 25,000, which is the lowest number of total tests citywide we’ve had since the last week of September, first week of October.”

Nesbitt warned that the decrease in testing is a concern because asymptomatic carriers can transmit the coronavirus throughout the community.

“And if we’re not picking up those asymptomatic cases, it can have a direct effect on the daily case rate,” Nesbitt said, adding that it was “possible” for the downtrend in testing to affect the reported daily case rate, but it’s “not an absolute.” 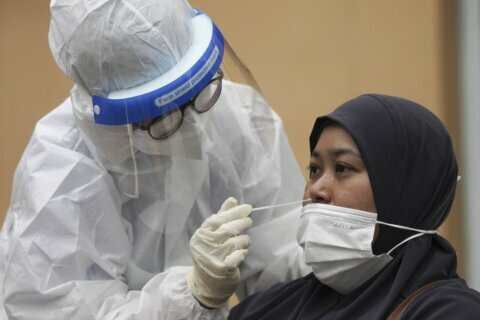