Maryland ended the month of May doubling the amount of coronavirus testing it performed in April while continuing to see a decline in positive results.
Listen now to WTOP News WTOP.com | Alexa | Google Home | WTOP App | 103.5 FM

Maryland ended the month of May doubling the amount of coronavirus testing it performed in April while continuing to see a decline in positive results.

Statewide, over 350,000 tests were administered last month with more than 5% of residents being tested, state officials said in a news release.

Overall, Maryland has seen a 117% increase in testing, finishing the month of May conducting over 228,305 tests. It completed a short-term goal of 10,000 tests per day before June.

Even with the number of tests being performed, the state’s positivity rate continues to drop. After reaching its peak in April at 26.9%, it has dropped down to 10.8%.

Prince George’s and Montgomery counties — two jurisdictions heavily affected during the pandemic — have seen large drops in their positivity rate as more residents get tested. More than 5% of residents in both counties have been tested.

Prince George’s County was averaging a 42% positivity rate in early May. It finished the month with its rate at 16.1%. Montgomery County is averaging 13.1% of positive results, down from a high of 32.6%.

The growing number of testing sites are encouraging residents to get tested, according to the news release. Currently, there are nearly 100 sites throughout the state that are administering tests.

One of the newer sites included is a drive-through location at the Six Flags America amusement park in Upper Marlboro where a doctor’s order is not required.

On Monday, Maryland announced enhanced testing at the amusement park will be ongoing on Wednesdays and Fridays after over 1,600 tests were conducted on May 29 alone.

Free tests will be provided each day from 10 a.m. to 2 p.m. and will not require a doctor’s referral.

Gov. Larry Hogan said this makes 100 testing sites available throughout Maryland. The state asks those who want a test but may not be able to get to the Six Flags site to look at its website for increased testing options in other locations.

Residents and staff at nursing homes were required to get tested, regardless of whether they showed symptoms, following a state order Gov. Larry Hogan signed April 30.

“Each day, we are conducting more tests and offering more places for Marylanders to get tested,” Hogan said last week.

REOPENING PLANS AROUND THE REGION 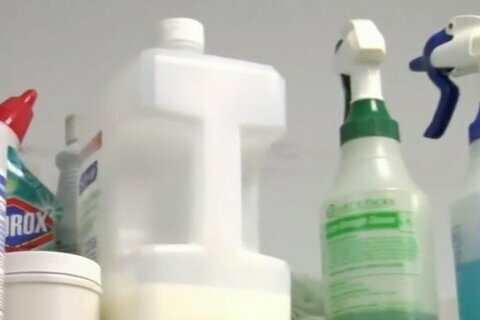