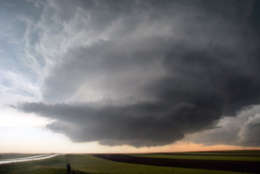 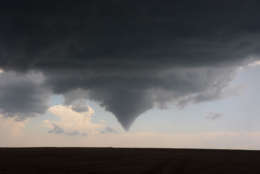 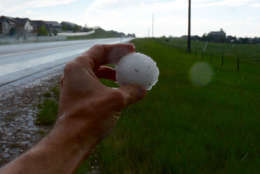 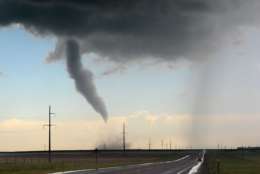 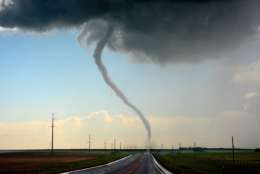 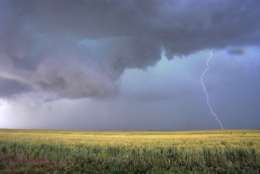 Editor’s note: WTOP reporter and photographer Dave Dildine snapped these photos and filed this report from Wyoming and Nebraska earlier this week. Dildine travels to the Front Range to take in the natural sights and sounds every year or so, and he said he always brings his camera along for the ride to capture the landscapes and stormscapes.

CHEYENNE, Wyo. — Dozens of tornadoes and hail the size of grapefruits pummeled parts of the Central Plains on Monday, leaving at least two people injured.

A severe thunderstorm formed just outside of Cheyenne by mid-afternoon, unleashing giant hail stones over 4 inches in diameter and several weak twisters. Another storm developed over the Laramie Range in Goshen County, spawning a powerful tornado that overturned tractors and damaged a home, according to the weather service.

A long-lived supercell thunderstorm moved off the Pawnee National Grassland and into Nebraska later in the afternoon. The storm produced a tornado that damaged two homesteads near Kimball, Nebraska. The storm later went on to produce additional twisters that caused power line damage and overturned trucks and a freight train along U.S. Highway 385.