The director of Virginia’s COVID-19 vaccination program said the introduction of the Johnson & Johnson vaccine into the mix this week creates “a very different scenario” for those working to get residents immunized against the coronavirus.

Dr. Danny Avula described the 69,000 doses of the Johnson & Johnson shot as “a bolus,” a medical term to describe a large volume of a drug given to speed up a response. While that will be followed by a couple of weeks without any more doses of the new vaccine, Avula said that vaccination numbers in Virginia would soon tick up dramatically.

“We were able to start ordering [the new vaccine] Monday,” Avula said, adding that supplies should be arriving Wednesday or Thursday at the latest. He said the doses would be used at mass vaccination events across the state probably starting Friday, and lasting until Monday or Tuesday. The state can place its next order of the Johnson & Johnson vaccine March 15, when production will have ramped up.

The new shot doesn’t need super-freezing, like previous vaccines from Pfizer and Moderna require — regular refrigeration will do. And it only needs one dose, rather than the two shots of the older vaccines.

“It won’t be until the last week of March that we see supplies tick back up,” Avula said, but then supplies of the new vaccine should reach about 100,000 doses a week, and continue to grow in April.

Asked whether that meant he thought President Joe Biden’s forecast of enough vaccine supplies for every adult who wants one by the end of May was realistic, Avula said, “Yeah; I do.”

He said Virginia should be able to get through everyone in Phase 1b by the end of this month, predicted a half-million vaccinations a week in early April, and “everyone across the board” by the end of May.

Phase 1b includes Virginians 65 and older.

“We’re going to see so much opportunity to get vaccinated” that soon it won’t be a matter of sufficient supply but “making sure we’re getting it all out,” Avula said. “We’re two to three weeks out from saturating our 65-and-up population.”

Avula said mass vaccination events were being held in Northern Virginia, and more were coming, including in Alexandria, Arlington, Loudoun and Prince William counties, as well as Inova Health events, in the coming week. He emphasized that such events are still only open to those who are on the state’s preregistration list and whose turn in line has come up.

He acknowledged that some people have perceived the Johnson & Johnson vaccine as inferior, with an efficacy rate of 72%. He emphasized that the numbers did not constitute an “apples-to-apples comparison” with the Moderna and Pfizer vaccines, and that the most important outcomes — protection against hospitalization and death — the new vaccine’s rate was “virtually 100%.”

That said, he added that anyone who wanted to forego the Johnson & Johnson vaccine and keep their place in line for a Moderna or Pfizer vaccine could do so.

About 8,500 doses of the Johnson & Johnson vaccine are being sent to Northern Virginia providers for mass vaccination events.

In Arlington County, about 1,500 doses of the new vaccine will be administered Saturday at the Lubber Run Community Center on North Park Drive — again, only for people who are on the state’s waiting list. They will be contacted to let them know they can get a shot there. 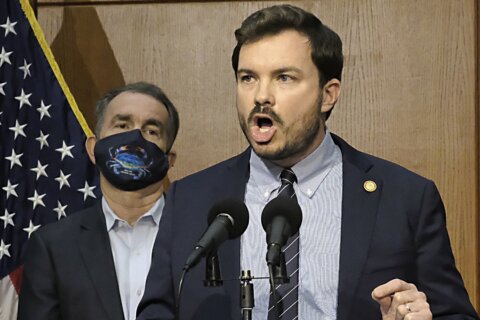 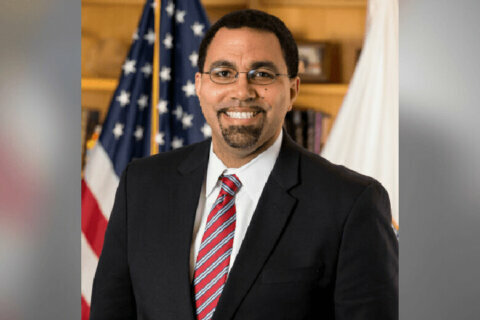