Work zones on Interstate 66 and Route 7 will begin to see some payoffs this weekend. In Maryland, it’s more resurfacing and Purple Line work. The District is addressing some much needed bridge work. Metro will have two shutdowns this weekend.
Listen now to WTOP News WTOP.com | Alexa | Google Home | WTOP App | 103.5 FM

Work zones on Interstate 66 and Route 7 will begin to see some payoffs this weekend. In Maryland, it’s more resurfacing and Purple Line work. The District is addressing some much needed bridge work. Metro will have two shutdowns this weekend.

Here’s what you need to know if you’re hitting the roads in the D.C. area this weekend.

There are a few things to look for this weekend as part of the Transforms 66 Outside the Beltway Project, but we’re going to start with a change to the ongoing Route 7/Battlefield Parkway interchange renovations. A section of Battlefield Parkway has been closed since last July.

This weekend’s work is in reference to a few work zones that will be in place for finishing touches and a scheduled reopening for Monday.

The Battlefield Parkway will be reopening to traffic between Russell Branch Parkway and the Marketplace at the Potomac Station shopping center entrance after an 11-month closure. Drivers are asked to be alert for nightly lane closures and new travel patterns this weekend.

There will be night closures along Route 7 to implement the upcoming changes. This work will take the traffic signal of Route 7 and Cardinal Park Drive out of service permanently.

The nightly lane closures this weekend to implement these changes can be expected as scheduled, per the Virginia Department of Transportation (VDOT):

During this work time, the posted speed limit along Route 7 between the Leesburg Bypass and River Creek Parkway has been reduced to 45 mph. Drivers are asked to use caution while traveling through any work zone.

Big changes are also taking place with the I-66 Transformation Project this weekend as the new bridge on Route 50 West over I-66 is scheduled to open Sunday.

There will be overnight work through the week in preparation for this shift and opening. After the opening and shift of westbound 50, the demolition of the current bridge will commence.

This change will be the first of two coming to the Route 50/I-66 interchange. On Route 50 heading westbound over I-66, during the overnight hours Saturday, traffic will be shifted to the near-permanent bridge, which is aligned slightly to the east of the existing bridge. The eastbound lanes will be shifting to a new bridge in the coming weeks. After this Saturday’s traffic shift, the bridge demolition and new ramp construction will begin prompting daytime closures when possible, and any work over I-66 continuing to have closures during the overnights.

Starting at around 11 p.m. Friday, the ramp from westbound Route 50 to I-66 West will be closed and detoured.

There will also be a multi-day ramp closure for Route 50 West to the Fair Oaks Mall associated with this work. Some time near 10 p.m. on Saturday, crews will close this ramp and detour drivers toward West Ox Road for the U-turn back to Route 50 East and a choice of two entrances into the Fair Oaks Mall from that side. This ramp will be closed through 5 a.m. Tuesday morning.

There will be other I-66 Transformation projects running into the weekend, as per usual, so be sure to stay tuned to the WTOP Traffic Center for the latest impacts. Here are a few things to watch out for that have been continuing this week:

All work is weather dependent.

Stay tuned to WTOP and traffic on the 8s for the latest and to be part of the process, call the Traffic Center 24/7 with information on changes at 866-304-WTOP.

In Howard County this weekend, the Maryland Department of Transportation State Highway Administration (MDOT SHA) will be striping US 29 Columbia Pike at the bridge over the Patuxent River. Beginning at about 8 p.m. on Friday, southbound motorists on US 29 will see the roadway reduced to a single lane, essentially between the overpasses for Old Columbia Road and Dustin Road, which are located between MD-32 and MD-198.

The crew here will be removing existing lines and roadway markers to install new switching from one lane to the other, with various lanes blocked. There will be electronic messaging with signs and cones in place to alert motorists ahead of the varied lane closures. This work is expected to be completed at some point on Sunday.

Also, in Howard County, Sunday through Friday, overnight resurfacing is taking place on US 1 Washington Boulevard just north of the county line. During work times, motorists will find a single lane open for travel on a two-and-a-half-mile stretch between Gorman Road to just past the Prince George’s County line on Columbia Street during off-peak times.

In Calvert County, there could also be slow downs on MD-2 during off-peak hours due to a new resurfacing project between the MD 2/4 intersection and St. Michaels Court, which is just south of Mount Harmony Church Road.

MDOT SHA is also continuing to resurface the four ramps of the MD-3/MD-32 interchange nightly Sundays through Thursdays through the month of June. With nightly lane and ramp closures with detours posted along the interchange, motorists are also guided by variable message boards to notify them of what is closed ahead.

The work is also continuing on MD-210 northbound to the I-495 Capital Beltway with full nightly closures and detours Sundays through Thursdays between 9 p.m. and 5 a.m. For northbound travelers to reach the Outer Loop, drivers are being rerouted to MD-414 Saint Barnabas Road. And from northbound MD 210 to go south on the Beltway’s Inner Loop. there will also be posted detours.

A couple of new work zones for the Purple Line Construction have gone into effect this week. In Silver Spring, it is gas main work overnights between 7 p.m. and 7 a.m. at the intersection of Georgia Avenue (US 29) and Bonifant Street.

This work is mostly planned during the week, but crews will be permitted to work on the weekends as needed.

Utility work has also begun on Wayne Avenue and Springvale Road, with temporary lane closures at the intersection as needed during the overnight hours.

In Riverdale, the work has also resumed nightly on Kenilworth Avenue (MD-201) between River Road and Riverdale Road, with various lanes closed for utility relocation between 7 p.m. and 7 a.m.

This week also saw new work pick up along 67th Avenue and 67th Place, with water relocation guided by flaggers during off-peak times.

In Silver Spring on Barron Street, there will continue to be flagging between Piney Branch Road and Gilbert Street as needed through July. Tree clearing also continues on the north side of the CSX tracks between 16th Street and Fenwick Lane between 7 a.m. and 5 p.m. daily and as needed on weekends.

In Prince George’s County, work continues nightly on the Capital Beltway I-95/I-495. With the bridge replacement projects ongoing in both directions, lanes continue to be closed nightly, 8 p.m. to 5 a.m., and Saturday, 6 p.m. to 11 a.m., anywhere between the Allentown Road/Joint Base Andrews exit and MD-4/Pennsylvania Avenue.

Travelers through Baltimore should be advised that the ongoing rehabilitation work on I-895 Harbor Tunnel Thruway continues between the tunnels and Holabird Avenue, with lane closures during off-peak travel times.

Motorists should be advised that the Suitland Parkway will be closed this weekend between Firth Sterling and South Capitol Street for the dismantling and removal of the old I-295 bridge over Suitland Parkway. This weather-dependent work is part of the ongoing Frederick Douglass Memorial Bridge Project.

Overnight Sunday, the District Department of Transportation (DDOT) will be conducting bridge repair along Kenilworth Avenue over Burroughs Avenue, NE. Motorists can expect lane closures guided by traffic-control signs between 6:30 p.m. through 5 a.m. Monday morning. Delays will be possible.

Of course, the summer shutdown on the Green and Yellow lines for the Platform Improvement Project continues to have the West Hyattsville, Prince George’s Plaza, College Park-U of Md and the Greenbelt stations closed. This means free shuttle service will continue. You can check out the shuttle schedules and alternative travel options, parking and bus relocations online.

The Metro service this weekend will have a normal schedule, which is Saturday from 7 a.m. to 11 p.m. and Sunday from 8 a.m. and 11 p.m. The trains will serve 86 of 91 stations and can provide normal service on the Red and Orange lines and service adjustments for the Blue, Silver, Green and Yellow lines. 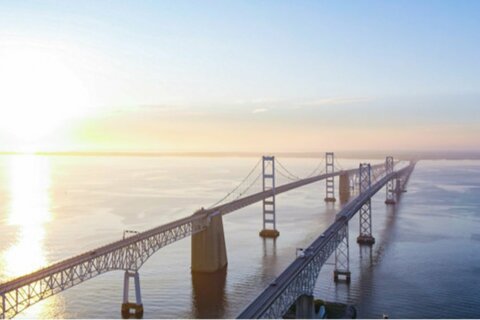 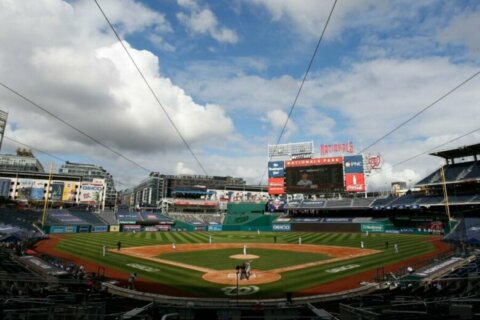