As the D.C. area takes measures to limit the spread of the coronavirus, the pandemic is having an impact on the region's traffic.
Listen now to WTOP News WTOP.com | Alexa | Google Home | WTOP App | 103.5 FM

As the D.C. area takes measures to limit the spread of the coronavirus, the pandemic is having a noticeable impact on the region’s traffic.

“There are still backups, but the extent and magnitude of those delays seem to fall short of what you’d expect for this time of year,” WTOP traffic reporter Dave Dildine said. The area typically sees higher volume in March and April, but that increase was not seen in the last couple of weeks.

As officials cancel schools and companies advise employees to work from home, traffic this week was slightly lighter overall.

On Interstate 95 between the Capital Beltway and Baltimore, it was a free flow during the afternoon rush hour on Wednesday and Thursday, which is “very rare,” Dildine said.

And at the American Legion Bridge on the Beltway on Thursday, it was barely slow on the Inner Loop.

“Normally, you would have a backup to Dulles Toll Road, if not worse,” he said.

What’s happening is reminiscent of a federal holiday or snow day, when schools are canceled but some people still go to work.

“You still have a couple of backups here and there, but it’s lighter overall,” Dildine said. He noted that since traffic is moving faster, there have been some impactful crashes that have led to traffic backups this week.

Another similar scenario observed happened during Pope Francis’ visit to D.C. in 2015, and everyone worked from home, as delays were predicted. Dildine said that across the region then, highway volumes fell about 2% and congestion fell by 27%.

Based on traffic patterns last week due to the area’s response to the COVID-19 pandemic, Dildine said rush hours could be different. 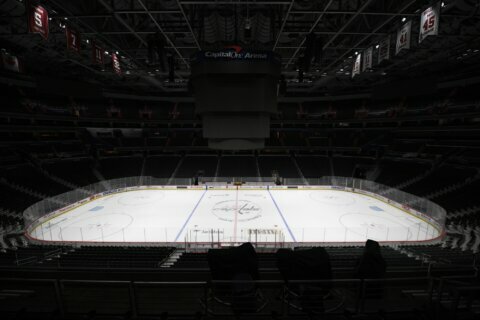 How coronavirus has affected sports 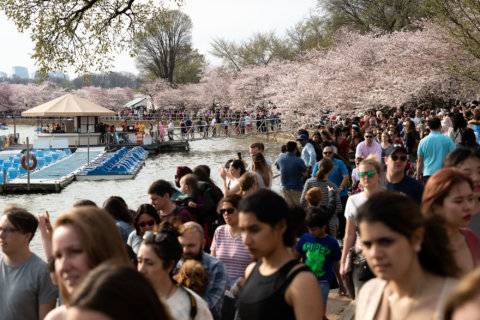