How coronavirus has affected sports

The Capital One Arena, home of the Washington Capitals NHL hockey club, sits empty Thursday, March 12, 2020, in Washington. The NHL is following the NBA’s lead and suspending its season amid the coronavirus outbreak, the league announced Thursday. (AP Photo/Nick Wass)

Concerns over the coronavirus have prompted sports leagues across the globe to take unprecedented measures. Here's the latest from each league.
Listen now to WTOP News WTOP.com | Alexa | Google Home | WTOP App | 103.5 FM

Concerns over the coronavirus have prompted sports leagues across the globe, professional and amateur, to take unprecedented measures to ensure the safety of fans and athletes alike.

Here are the announcements from each league to date.

Click the league names below for the full story.

The NHL announced it is halting play with 189 games left in the season, and uncertainty about how many more — if any — could be played before the playoffs.

A handful of European hockey leagues have already called off the remainder of their seasons.

Major League Baseball announced the cancellation of the rest of its spring training games, the indefinite postponement of World Baseball Classic qualifiers and has delayed the start of the season by at least two weeks.

Minor League Baseball followed suit shortly after and postponed the start of the 2020 season indefinitely.

The NCAA Tournament, for both men’s and women’s basketball, has been canceled along with all winter and spring championships. The announcement came after the Atlantic Coast Conference, Big Ten, Big 12, Pac-12 and Southeastern Conference all canceled their basketball tournaments Thursday. The Big East actually started play before canceling. The American Athletic Conference and the Mid-American Conference also halted play.

The College World Series baseball tournament was also scrapped over virus concerns. It is the first time since 1946 that the tournament will not be put on. The CWS represents the No. 2 money earner for the NCAA, bringing in an average of 300,000 spectators each year.

On Wednesday, the NBA suspended its season “until further notice” after Utah Jazz center Rudy Gobert tested positive for the coronavirus.

Even during its offseason, a handful of NFL teams — including the Washington Redskins — are curtailing or completely stopping scouting operations.

“Due to health and travel concerns surrounding COVID-19, we have informed all of our scouts and coaches that they must return to their home bases and travel will be suspended until further notice,” Redskins owner Daniel Snyder said in a statement. “The health and safety of our staff and players is our number one priority and we feel that these are the necessary precautions given the current circumstances.”

There has been little talk of postponing or canceling the draft in late April, though staging it in Las Vegas seems a long shot. The NFL said it is monitoring the situation.

The ATP called off all men’s professional tennis tournaments for six weeks, but a WTA spokeswoman told The Associated Press on Thursday that the women’s tour was not immediately prepared to do the same.

MLS is shutting down for 30 days and expects the full 34-match season to be played.

UEFA is nearing a decision to postpone the European Championship by a year to 2021.

Amid calls to scrap the season altogether, this weekend’s Bundesliga games in Germany are all to be played without fans.

The PGA Tour decided Thursday night to scrap the rest of The Players Championship and shut down its other tournaments for the next three weeks.

The International Skating Union, which called off next week’s worlds in Montreal on Wednesday, is considering staging them no sooner than October — right before the next season gets started.

The 124th Boston Marathon, originally scheduled for April 20, was postponed until September. 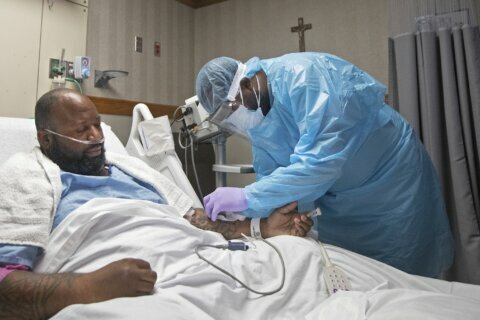 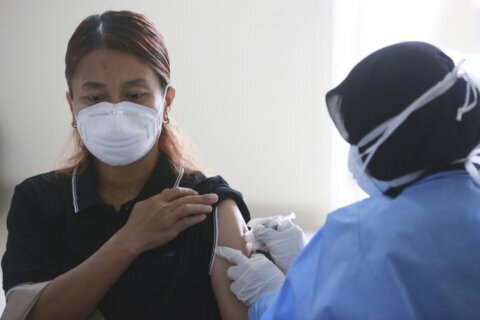