For the last dozen years, late at night after the restaurants close, employees of José Andrés's eateries have squared off in a soccer tournament that unites co-workers from all around the world.
Listen now to WTOP News WTOP.com | Alexa | Google Home | WTOP App | 103.5 FM
(1/5) 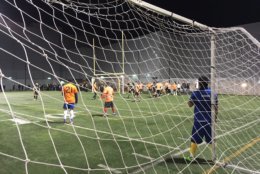 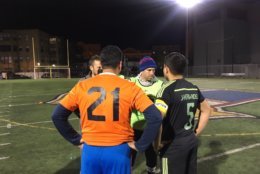 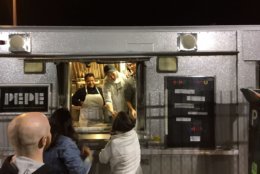 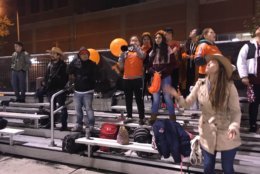 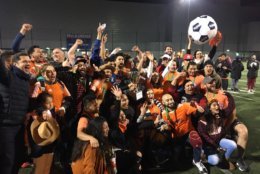 WASHINGTON — Cities often define their sports identity through their top level pro and college teams. Green Bay will always evoke the Packers, San Antonio the Spurs, Tuscaloosa the Crimson Tide football program. But much of what fuels a city’s sports soul derives from the games being played in every neighborhood, on the fields and blacktop by kids, teenagers, and even adults, expressing themselves through everyday competition.

Surely, then, it says something about Washington — home of top World Cup and English Premier League ratings — that such a thing as the ThinkFoodGroup Copa exists.

If you’re unfamiliar, ThinkFoodGroup (TFG) is the parent company for José Andrés’s collection of D.C. area restaurants. The organization has grown to more than 1,000 employees across 31 properties since 1993, as Andrés has risen to prominence among District chefs. For the past 12 years, workers in those restaurants have competed alongside their co-workers in a fiercely competitive soccer tournament for a year’s worth of bragging rights.

The restaurant industry has long offered opportunities to immigrants in America trying to plant their roots. TFG is emblematic of that dynamic, which is reflected through the employees taking part in Copa.

“Every country in South America is represented, but we also have Europeans, we have Middle Easterners,” said Eduardo Sanabia, TFG’s Chief People officer since 2011. “It’s very cool to see the different nationalities and how they have their own passion for the game.”

As you might imagine, especially if you have any background in the restaurant industry, employees regularly move between the various TFG properties. But ringers are expressly prohibited, and Copa loyalties are treated as seriously as professional soccer national team affiliations. José Ayala, for instance, was executive food chef for Jaleo D.C. when he was promoted to be head chef of Jaleo Maryland.

“But he already committed to Jaleo D.C., so he’s wearing very proudly the uniform of Jaleo D.C., but he doesn’t even work in that restaurant anymore,” said Sanabia. “Once you are part of a team, it doesn’t matter where you work anymore.”

Andrés was fundamental in getting the first Copa started, when it was a much less formal affair, as it was when Sanabia, originally from the Dominican Republic, arrived.

“Back when I started, it was still a very informal gathering of all the restaurants,” said Sanabia. “I thought it was very cool to have something that united everybody in one single activity. Everybody was very passionate about it.”

He knew he was walking a fine line — trying to harness the excitement and joy of an organic event without stamping it too hard with corporate involvement that it lost its luster. So his changes were small: official, neutral referees from District Sports USA, to avoid any conflicts of interest; a rented field, formerly in Arlington, but in Columbia Heights this year; and a set day of the week, precipitated by Minibar’s schedule — the Michelin-starred outpost is closed Mondays.

So the tradition began, with 10:30 p.m. kickoffs, starting after the other kitchens closed, playing late into the night.

This year, eight teams participated in Copa. They were split into two groups, through which they played World Cup-style, each team playing their fellow group members once. The top two from each — Jaleo D.C. and Oyamel from Group A, Jaleo Maryland and China Chilcano from Group B — advanced to the playoffs. Jaleo D.C. squeaked past China Chilcano in overtime, setting up what looked like it might be an all-Jaleo final.

Miguel Arias, sous chef at the Bethesda eatery, has been a part of Copa since day one, and has always been the captain of Jaleo Maryland. The Salvadoran native is considered something of the historian of this tradition, and his club has won the title four times, the most of any restaurant. As such, they take their status seriously.

“We train almost the whole year,” he said. “Every week, Monday or Tuesday.”

Arias recognizes the event is about more than just the soccer, though, especially as he’s watched it grow over the last dozen years, his squad a mix of Central and South Americans from Honduras, Guatemala, El Salvador, Mexico, Peru and more.

“It was a good idea to meet with all the employees of the company, to know each other,” he said.

This year, there would be no chance at a fifth title, as Oyamel came out strong, racing out to a 3-0 halftime lead and never leading by less than two goals the rest of the way in a 6-2 semifinal win. That set up a matchup between Jaleo D.C. and Oyamel in the final on Monday night.

Fresh off a plane from … Chicago? He’s pretty sure it’s Chicago — he travels so much these days, from Florida, to Puerto Rico, to North Carolina, for his various philanthropic purposes — Andrés arrives in time to catch most of the final game.

He ambles along the sideline to the midfield line, drinking a Mexican Coke and chomping on a sandwich from his food truck Pepe, on site to feed every employee on hand for the final. Almost immediately, he begins attracting a crowd, a human magnet with his own center of gravity, even with his back turned, watching the action.

Early on in the Copa’s existence, the now 49-year-old actually played. That was back when it was just five teams, loosely organized on whatever field could be found, on whatever day made sense. As he watches the teams compete in the final, though, it reminds him of another sport from his childhood.

Andrés, a Spanish immigrant himself, played basketball as a kid. He says his teams were nothing special, but he could see the talent level around the country that would lead to Spain’s rise to prominence on the international basketball stage over the next generation.

This is the point where I should mention — these teams are good. They would run circles around a lot of rec league sides, showing crafty footwork, good vision, and some incredible, long-distance finishes, even into the smaller, 7-on-7 goals used in the Copa.

Watching his restaurants’ teams, Andrés sees hope for the future of American soccer.

“It sounds crazy,” he says, “but if the restaurant team play is as good as this, I know America is going to win a World Cup someday.”

Jaleo D.C. comes out in flashy, professional-looking uniforms, black with highlighter green markings, matching shorts, socks, shoes (Andrés is wearing his own Jaleo D.C. jersey underneath his sweater, but he won’t reveal it until after the game). Meanwhile, though they sport the more informal get-up — just an orange logo T-shirt with whatever shorts, socks and shoes anyone had on hand — Oyamel enjoys an advantage in support and talent.

The final draws about 100 spectators under the lights, replete with air horns, vuvuzelas, color-coded signs and inflatable soccer balls. The Oyamel goal-scorers shine like they did in the semifinal, launching a free kick from about 35 yards out for the opening tally, again racing out to a 3-0 halftime lead. Jaleo D.C. gets on the board in the second half, but Oyamel runs away with a 7-1 victory for the title, the restaurant’s third overall, but first since 2013.

Only once has the same restaurant won back-to-back years, a trend that continues for another year. Alan Grublauskas, assistant GM at Oyamel, serves as one of the co-coaches and has been waiting since he arrived for this moment.

“I joined three Copas ago, so I’ve been missing the cup since we lost it,” he said.

Andrés drapes medals around the players’ necks and the orange clad staff chants “O-ya-mel! O-ya-mel!” as the smell of fried chicken sandwiches drifts into the brisk Washington night. 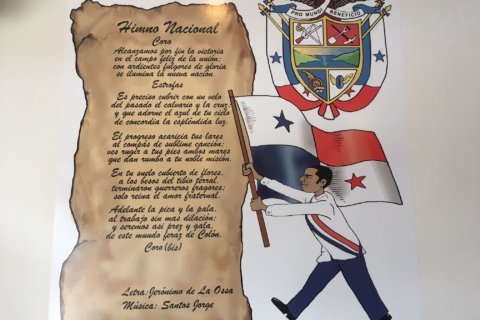 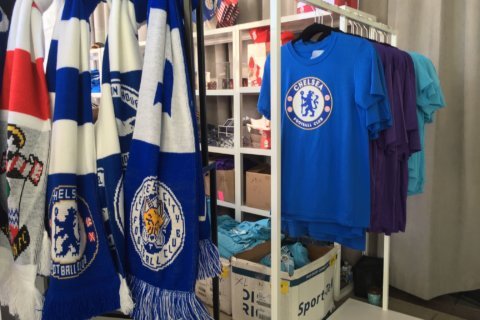 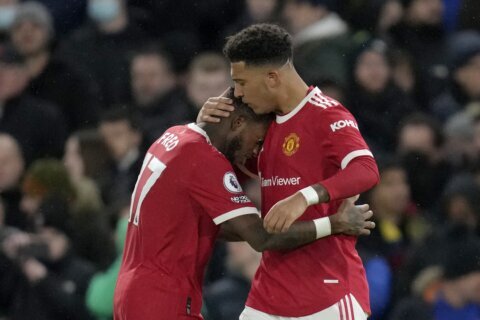