Jose Andres is one of the biggest names in the culinary industry. But these days, Andres is famous for more than just his food. He is known for his humanitarian efforts.
Listen now to WTOP News WTOP.com | Alexa | Google Home | WTOP App | 103.5 FM

WASHINGTON — When Jose Andres opened his Spanish restaurant, Jaleo, on 7th Street NW 25 years ago, tapas weren’t the only thing on the young chef’s mind.

The building across the street from his downtown dining room often held his attention.

“I’m talking to you across the street from where Clara Barton began her impossible endeavor of taking care of the troops, which gave birth to the Red Cross,” Andres said from the bar inside Jaleo on a recent Monday afternoon.

“When I was 23, that inspired me a lot. You see, it doesn’t require a lot to make a difference. Sometimes it’s just willingness and the effort you put into it.”

Andres, 49, is one of the biggest names in the culinary industry. He has more than a dozen restaurant concepts throughout the U.S. and in Mexico City, and, over the years, has collected countless awards, including a James Beard Award for Outstanding Chef in 2011.

But these days, Andres is famous for more than just his food. He is known for his humanitarian efforts.

Shortly after the deadly 7.0-magnitude earthquake struck Haiti in 2010, Andres toured the Caribbean country and started a nonprofit, called World Central Kitchen, to tackle issues in hunger and poverty through food. The organization offers programs such as vocational and culinary training, and invests in businesses that provide revenue and food to schools.

Since the earthquake, Andres has made dozens of trips back to Haiti — but he has also been in Houston, California, Hawaii and most notably Puerto Rico, where he served more than 3 million meals after Hurricane Maria ravaged the island.

“Sometimes you bring light (to an issue) not by talking about it, but by being part of the solution, and in the process you say, ‘Hey. What’s going on here?’” Andres said.

“When you are going to be having hungry people for not only days, not only weeks, but months at a time, we have to have a better plan than just … food that technically should not even be called food.”

Providing immediate food relief wasn’t part of World Central Kitchen’s original mission, but Andres said the organization has grown to embrace the role. In Hawaii, his team is even handing out breathing masks, alongside hot meals.

“I think people just want a warm, non-fancy plate of food. And we saw that. Those hot meals we were serving while in Houston, especially in Puerto Rico, while in California in the Thomas fires, they really make a difference. They make a difference for the people who have been devastated by the hurricane or the volcano or the earthquake, but also it’s a big relief for men and women who are working providing aid — firemen, first responders, National Guard, the Army, the Navy,” Andres said.

“And a plate of food really, I think it’s the difference between feeling like you’re a thing, versus like you’re a human and fellow humans care for you. And that lifts up people’s spirits in ways I never imagined.”

Ongoing recovery efforts in Puerto Rico will be a major focus at this year’s June 6 Dine-n-Dash, an annual food and beverage event that brings together 36 of D.C.’s best restaurants to benefit World Central Kitchen. Attendees can visit the participating restaurants, which are concentrated in Penn Quarter and 14th Street, for unlimited food and drink from 6 to 10 p.m.

The evening will also feature a Puerto Rico House pop-up at the National Union Building, featuring food from Puerto Rican chefs Wilo Benet and Jose Enrique, plus live music and other cultural activations.

“I dreamed that World Central Kitchen would grow, not just in America, but worldwide, to be like food first responders. I will say that will happen eventually. It’s already happening,” Andres said.

“You see it doesn’t require a lot but the willingness to do it.” 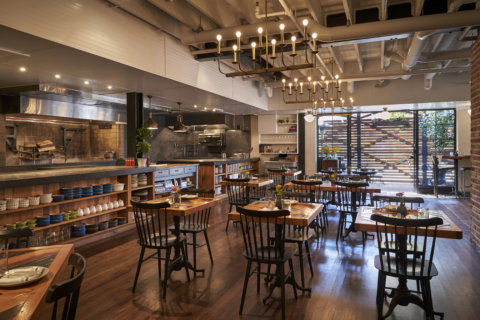 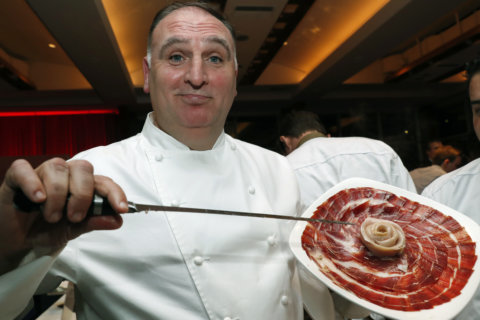