Legislators and criminal rights advocates in Virginia are pushing to create a public defender office in Prince William County, Manassas and Manassas Park.

The office would have 23 lawyers and 11 staff members and provide legal representation for people who can’t afford a lawyer to defend them in court. With initial funding included in the governor’s proposed budget for the two years starting July 1, advocates hope the office will be created in 2020.

Woodbridge, Virginia, resident Deshapreca Robinson, among residents advocating for the office, told InsideNoVa about the indifference she felt from her court-appointed attorney 20 years ago.

Robinson played for Woodbridge High School’s basketball team and was a member of Future Business Leaders of America. She attended church and worked after school at a grocery store.

After she was arrested for cashing bad checks, Robinson was convicted of a felony and sentenced to three years in prison.

She understands there should have been consequences for her crime. However, she believes her court-appointed attorney didn’t take the time to defend her fairly. Soon after meeting, she said her lawyer pressured her to take a plea deal without much explanation and dismissed her questions. In her view, he didn’t fight to defend her.

Since then, Robinson has met people who faced similar charges. But, with better representation, they received probation and community service or house arrest, she said.

“I feel like my life — I can’t really move forward,” Robinson said. “I can’t get a job or I have to fight a little harder to get it. I’m still embarrassed by my choices, but I feel like I’ve earned a second chance.”

In August 2016, Robinson started a nonprofit, Life After Convictions, to help people adjust after being released from incarceration. In prison, she received her GED and was determined to stay out of legal trouble, she said. To this day, she faces barriers for housing and job attainment as a felon.

Robinson is also a criminal justice reform leader with Virginians Organized for Interfaith Community Engagement, or VOICE, a nonprofit in Northern Virginia comprised of dozens of faith and civic organizations that aims to help middle- and low-income communities.

Robinson said she advocates for criminal justice reform because she knows there are other people like her who don’t know the system.

Another advocate, Rev. Keith Savage of the First Baptist Church in Manassas, said that in 2018, VOICE became more involved with criminal justice reform.

“We held hundreds of listening sessions with current inmates, recently released inmates and families of inmates and began asking the question: If you could change anything about the criminal justice system, if you had a magic wand, where would you start?” Savage said.

“Out of those hundreds, 90% said the same thing: They would start with the representation; that it was awful. Many of them were indigent defendants. They said they didn’t feel like their appointed attorney fought for them.”

Savage said he heard repeatedly from residents that getting legal services is important.

It would probably take up to two years to establish the public defender office in the county, if it is approved in 2020, Savage said.

Virginia state Sen. Scott Surovell, D-36th, whose district includes parts of eastern Prince William, introduced a bill that would create a public defender office for the county and both cities. Del. Lee Carter, a Democrat representing the Manassas area’s 50th District, is the bill’s House patron.

In his budget proposal, Gov. Ralph Northam included $2.7 million per year for fiscal years 2021 and 2022 to partly fund the creation of a public defender office in the county. Surovell said the county would be responsible for matching about 15%, or $405,000. That is expected to be the annual budget going forward, he said.

Currently, if a defendant cannot afford a lawyer, the court can appoint one, who receives a fee and may petition for limited additional money. Surovell said a public defender office would provide fairer outcomes for defendants.

“Court-appointed lawyers in this commonwealth are undercompensated,” Surovell said. “It’s significantly less than you get in private practice, so lawyers are not incentivized to work court-appointed cases very hard.”

Public defenders receive specialized training when hired, he said, and they have other lawyers and support staff, such as investigators, mitigation specialists, paralegals and other resources, Johnson said.

Both public defenders and court-appointed attorneys have to stay in good standing with the commission to stay on the list of lawyers who represent clients who can’t afford a lawyer, Johnson said.

“There are great [court-appointed] lawyers doing good work; they’re just not getting compensated for what they deserve,” he said.

Johnson added that court-appointed lawyers are asked to work for $120 for a misdemeanor and $455 for most felonies, while public defenders would be salaried employees.

Outgoing Commonwealth’s Attorney Paul Ebert, who earned $253,170 a year, said last week that the court can pay only what state law requires, and he agreed that court-appointed attorneys are underpaid.

“Legislators can raise it,” he said.

Ebert, who did not seek reelection in 2019, is replaced Jan. 1 by Amy Ashworth, a Democrat elected in November who also supports the creation of a public defender office in the county. 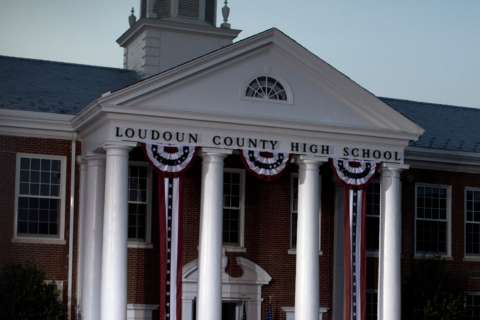 Loudoun County wants to lead the pack in teacher pay