“It took until this past January for white men to not have a supermajority in terms of membership in the House of Delegates,” said Roem, a former journalist.
(1/4) 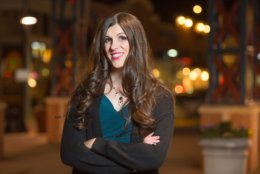 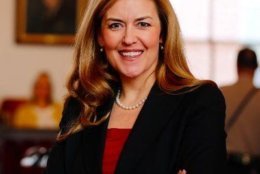 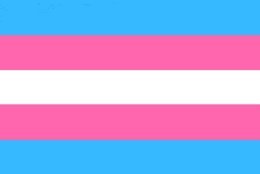 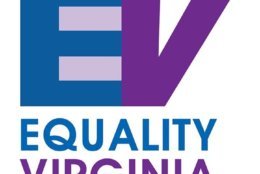 RICHMOND, Va. – Del. Danica Roem’s first session in the Virginia General Assembly shows the progress that has been made to achieve transgender representation in public office, advocates say.

While Roem, D-Prince William, acknowledges that significance, she also notes that her experience is among many firsts in 2018. Dawn Adams, D-Richmond, was the first openly lesbian woman elected into Virginia’s House of Delegates; Elizabeth Guzmán and Hala Ayala, D-Prince William, were the state’s first Latina delegates; and Kathy Tran, D-Fairfax, was the first Asian-American.

“It took until this past January for white men to not have a supermajority in terms of membership in the House of Delegates,” said Roem, a former journalist. “The fact of the matter is, if it’s taken 399 years to get to that point, that means that there have been systemic barriers in place that have inhibited different minorities and communities from representation.”

Earlier legislators in other states have faced discrimination and controversy for being transgender, which means believing that one’s gender identity does not correspond with the gender they were assigned at birth:

Roem emphasized issues important to her Northern Virginia constituents, including congested roads and transportation, and won the election in a blue wave that nearly reversed the Republican House majority.

Looking back on her first legislative session, Roem said she was impressed, and touched on a personal level, by the level of engagement shown by her district’s residents.

“We had six bills in a row that came up at one point in which our constituents came down to testify for them,” Roem said. “That means that they drove an hour and a half to two hours so they could testify for only three minutes at a time.”

Roem said she has worked to make sure residents understand that her district office is inclusive.

“No matter what you look like, where you come from, how you worship or who you love,” Roem said, “we respect you and we welcome you to be a part of the legislative process when you are a constituent of the 13th District.”

Liz Coston, a professor in Virginia Commonwealth University’s Department of Sociology and an activist who focuses on LGBTQ issues, said Roem’s service in the legislature is an important sign of progress for transgender people.

“Her election also comes at a time when transgender rights are being openly debated in our country – from bathroom bills to military service – which makes having transgender people represented in politics even more important,” Coston said.

Cases such as that of Gavin Grimm, a transgender teenager who sued his school district in Gloucester after he was prohibited from using the bathroom of his choice, have spurred debate nationwide.

James Parrish, executive director of Equality Virginia, which advocates for laws and policies to protect the LGBTQ community, said that transgender individuals have seen an increase in visibility over time – similar to the gains made by gays and lesbians before the U.S. Supreme Court ruled in 2015 that same-sex marriage was constitutional.

“When we were losing marriage amendment battles in the early 2000s, polls would show that most people didn’t know somebody who was gay or lesbian,” Parrish said. “By the time we had marriage equality here in Virginia, national polls were showing that more than 80 percent of people knew someone who was gay or lesbian.”

“The flipside of that poll,” Parrish said, was “that 87 percent of people didn’t know somebody who was transgender.”

Noonie Norwood, a transgender woman from Richmond, was shot to death in 2016 several days after her 30th birthday, according to the Richmond Times-Dispatch. No arrests have been made in Norwood’s killing, according to Richmond police.

Ebony Morgan, whose legal name was Phineas Rufus Neville, was a transgender woman shot and killed in Lynchburg last year. Neville’s death marked the 15th known homicide of a transgender person in the U.S. that year, according to the Human Rights Campaign. Her murderer, Kenneth Allen Kelley Jr., was sentenced to 20 years in prison.

“Transgender people routinely face prejudice, discrimination, hostility and even outright violence because of their identities,” Coston said. “So while society is slowly becoming more accepting, and more trans people are living openly, we are far from seeing complete acceptance.”

Additionally, 54 percent of Americans do not see transgender identities as valid, saying that gender is determined by the sex they were assigned at birth, according to the Pew Research Center.

Coston said bills that offer protections for transgender individuals would send a message that Virginia does not tolerate discrimination and would provide legal recourse for those victimized.

But under Republican control, Virginia’s General Assembly has been reluctant to adopt such legislation.

Bills such as SB 423, which would have added gender identity and sexual orientation to Virginia’s Fair Housing statute; SB 202, which called for prohibiting public employment discrimination on the basis of gender identity and sexual orientation; and HB 1466, which sought to ban discrimination against transgender individuals by health insurance companies, were all defeated in a subcommittee in the 2018 session. SB 423 and SB 202 passed the Senate before failing in House subcommittees.

Advocates, however, see some hope. Sen. Jennifer Wexton, D-Loudoun, said she first introduced a bill similar to SB 423 in 2015, when it was killed in a Senate committee. This year’s 29-10 approval represented the legislation’s highest number of favorable votes.

“Each year, we get more and more support for it,” Wexton said. “Every year, the drumbeat is getting stronger.”

Parrish said other factors were also at play in the 2018 sessions. With party control of the House not decided until nearly the last minute because of challenges in close races, subcommittee appointments came later and hindered advocates in establishing ties with lawmakers. That also cut into the time for newer legislators to plan strategies, he added.

“We still have a House leadership that was stonewalling on all our priority issues,” Parrish said. “We are working hard to make sure that in the 2019 session, Speaker Cox doesn’t feel like he’s in a place where he can just stonewall against all of our issues.”

House Speaker Kirkland Cox, R-Colonial Heights, could not be reached for comment.

“We also have to recognize that legislating equality isn’t enough to fully achieve legal equality, and certainly can’t ensure social equality,” Coston said. “To use a parallel example, Brown v. Board of Education and other civil rights legislation hasn’t created full equality for racial minorities, and it certainly hasn’t ended racism in our country.”

More progress for transgender individuals, Parrish said, will ultimately come from lifting up the community and encouraging its members to take actions on their behalf.

Equality Virginia has promoted this since 2014 through its Transgender Information and Empowerment Summit, a yearly conference providing medical and mental health check-in centers, a legal clinic for name change and gender markers, and a full day of panels and workshops. The fall event is run with the help of such organizations such as Planned Parenthood, Health Brigade and the Transgender Health Alliance of Central Virginia.

“If they’re under-resourced and underemployed and in crisis, they’re not in a place where they can advocate for themselves,” Parrish said.

Parrish said that the more the transgender community is able to advocate for itself, the more likely it is that understanding and acceptance will be attained.

“We know when people meet transgender people and understand that they’re neighbors just like the rest of their neighbors, that the support level builds,” Parrish said, “and that fear of the unknown falls away.”