It’s been known for years as one of the D.C. region’s deadliest roads — so bad that reluctant lawmakers in Annapolis were convinced to allow for the placement of three speed cameras on Maryland Route 210.

Now, lawmakers in Prince George’s County are asking for more. A county council committee voted this week to support two bills that once again deal specifically with speed cameras on Route 210.

One would increase the number of cameras allowed on the highway from three to 10. The other would allow fines to escalate based on how fast you go, and how many times you’ve been caught speeding.

If the latter passes, the $40 flat fine currently in place, regardless of speed, would only apply to those going between 12 and 21 mph over the speed limit. The maximum fine would be up to $530 for violators caught going 52 mph over the limit or higher.

On Route 210, the posted limit is generally 55 mph, though safety advocates say cameras have caught people driving as fast as 161 mph on the highway.

During a committee hearing in which council members weighed in on proposed legislation that impacts Prince George’s County, he said Fort Washington residents “are looking for stiffer penalties in order to serve as a deterrent to the dangerous speed levels. I believe the goal of bills are to save lives.”

The proposed legislation would set out new fines for speeders:

The proposal also has the backing of Prince George’s County Executive Angela Alsobrooks.

While this bill only impacts Route 210, simply getting the legal authority to have any cameras at all took years to accomplish. Further changes that apply to just one road will likely be met with at least some level of skepticism in Annapolis. 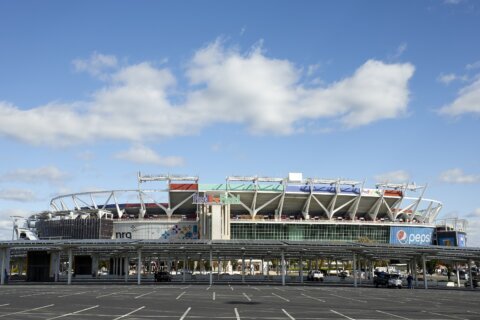