New speed cameras will be coming to the 13-mile stretch of Maryland Route 210/Indian Head Highway. It’s unclear exactly when they’ll go up, but a new law that takes effect starting Saturday allows the county to begin setting up the cameras in an effort to cut down on speed.
Listen now to WTOP News WTOP.com | Alexa | Google Home | WTOP App | 103.5 FM

It’s not the only law taking effect this weekend, but it’s one that safety advocates in southern Prince George’s County, Maryland have spent years fighting for.

New speed cameras will be coming to the 13-mile stretch of Maryland Route 210/Indian Head Highway. It’s unclear exactly when they’ll go up, but a new law that takes effect starting Saturday allows the county to begin setting up the cameras in an effort to cut down on speed.

Both Maryland State Police and Prince George’s County police have undertaken efforts over the years to improve safety on the road, and they’ll be going up at some point in the near future.

It took years of lobbying by public safety leaders and the public to convince lawmakers to pass the law and take the unprecedented step of allowing a county government to maintain speed cameras on a state-maintained highway.

“We pushed our government and the government joined us in working to help solve the death trap that we’ve had on 210,” said Ron Weiss of Fort Washington. Back in March Weiss told Maryland lawmakers the highway “was unfortunately known as ‘the highway of death’ and ‘the most dangerous road in the area.’”

Over the last decade the number of fatal crashes on Maryland Route 210 has numbered in the dozens — some involving pedestrians and some involving multiple vehicles. But he believes one crash in particular helped convince lawmakers that more needed to be done on the highway.

“Part of the reason we got where we are today is kids dying,” said Weiss. “It took three children dying and we’ve got a lot of government response to that.”

Weiss is referring to the December crash that killed 5-year-olds Alexander and Rosalie Mejia and their 1-year-old brother, Isaac Mejia. The case is set to go to trial this summer.

Weiss said even once the new cameras go up, it won’t be the cure-all needed to make the highway safer.

“It’s a step in the right direction,” said Weiss. “It’s not a panacea … It doesn’t stop drunk driving, it doesn’t stop distracted driving or sleepy driving.”

Weiss added that speed isn’t the only issue that needs to be addressed to improve safety conditions on the highway.

“There’s a whole host of issues we need to deal with. Basically, people need to understand that it’s serious business driving your car and you can seriously affect your life and those people around you on the road.” 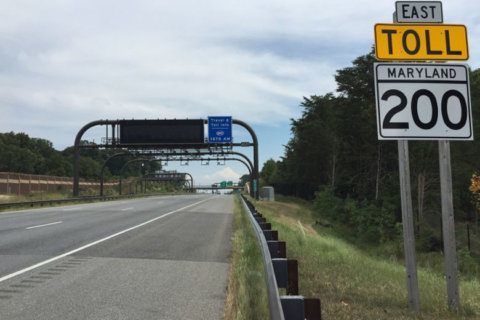