There are dozens of athletes from the D.C. area competing in the 2020 Tokyo Olympics, but did you know three of them are from one Maryland county?

On Friday, friends, family and community members gathered in College Park to wish them good luck with a pep rally. Leading the cheers of “Prince George’s proud” were Durant’s mother, Wanda, and one of Tiafoe’s coaches.

The Junior Tennis Champions Center, where Tiafoe still practices when he’s not playing on the world tour, hosted the event. Tiafoe recently surprised the tennis world with a Wimbledon win over Greece’s Stefanos Tsitsipas before being eliminated in the tournament’s third round.

His former coach, Oliver Akli, said the player’s goal was just to make sure world No. 1 Novak Djokovic does not win the gold medal.

Wanda Durant, whose son is competing in his third Olympics after helping the Brooklyn Nets to one of their most successful seasons in years, said places like the tennis center are important for kids in Prince George’s County.

“Sometimes it’s a place where they can just get away and be themselves,” she said.

Grant has played for a number of NBA teams, recently finishing the 2020-2021 campaign with the Detroit Pistons, for whom he scored 22 points per game.

More on the Tokyo Games 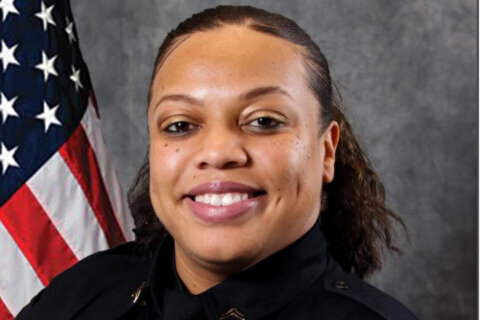