Police have arrested a suspect after an Uber driver and one of his passengers were found dead inside a car Tuesday night in Oxon Hill, Maryland.

Police have arrested a suspect after an Uber driver and one of his passengers were found dead inside a car Tuesday night in Oxon Hill, Maryland.

The men who were found shot and killed inside the car have been identified as Beaudouin Tchakounte, 46, of Frederick, and Casey Xavier Robinson, 32, of Accokeek.

Wilson and Robinson were both passengers of a shared Uber ride, driven by Tchakounte, and police said the two men had been picked up in separate locations.

Around 9:45 p.m., police said Tchakounte and Robinson were later found dead in the car with gunshot wounds in the area of Indian Head Highway and Bald Eagle Road.

Wilson told police that he had been picked up and was inside the vehicle.

Police said that there doesn’t appear to be a connection between Wilson and the two victims. He also told detectives that he was high on PCP at the time.

“The driver in this case is a father; he’s a father to four children. He was just doing his job,” Donelan said. “The passenger in the back seat was just getting a ride.”

Police Capt. Felipe Ordono added that Uber has been working with detectives and called the ride-hailing company “police-friendly.” He also mentioned that there were witnesses at the scene.

“We’re still 19 hours into this investigation so we have a lot of work to do,” Ordono said.

Donelan added that the shooting was an isolated incident but said, “We have not seen anything like this before, and we pray we never see anything like it again.”

She called the double shooting an “extremely disturbing case” and asked anyone who was in the area at the time to contact police with information they may have. They can call police at 301-772-4925, or call Crime Solvers anonymously at 1-866-411-TIPS (8477).

Below is the area where police said the men were found. 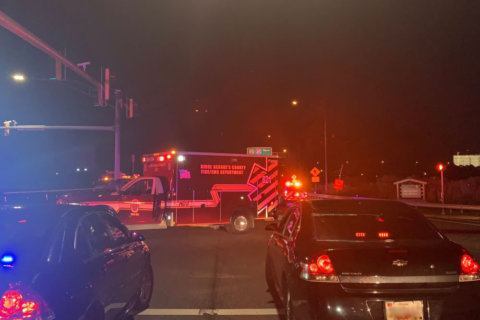 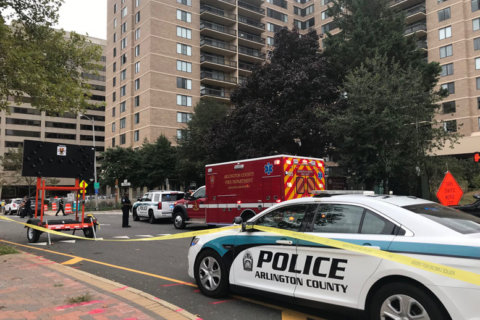