Hateful language and a swastika discovered on whiteboards at the University of Maryland, College Park, have prompted police to launch an investigation into "hate bias" at two halls on campus.
Listen now to WTOP News WTOP.com | Alexa | Google Home | WTOP App | 103.5 FM

WASHINGTON — Hateful language discovered on whiteboards at the University of Maryland, College Park, have prompted police to launch an investigation into “hate bias” at two halls on campus.

On Sept. 2, around 3:40 p.m., police at U.Md. responded to Queen Anne’s Hall for reports of a hate bias incident that occurred between August 30, and Sept. 1.

A student reported to police that anti-LGBTQ comments were found on a couple of whiteboards and verbal anti-LGBTQ statements were overheard the following night.

Later than night at 8:07 p.m. on Sept. 2, UMPD responded to La Plata Hall for a swastika that was drawn on a whiteboard. The incident occurred between 8 a.m. and 4 p.m. that day.

In both incidents, a detective was immediately assigned, witness canvasses were conducted and follow-up interviews were completed.

Video reviews of the cameras in the area of both locations are underway along with a review of the card swipe access system. Both cases are being actively investigated.

“As our investigations continue, we call on our community for their help. If you have any information, please contact us. We want to hear from you.”

Individuals wishing to remain anonymous may send an email through the campus police system. 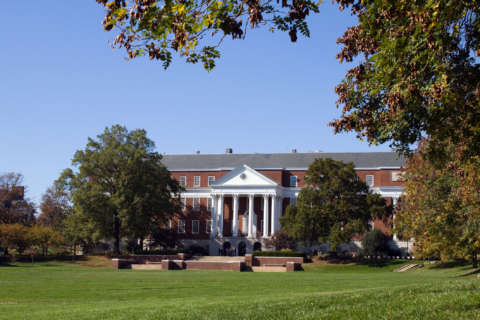 New protocol for reporting incidents of hate established at U.Md.