The lack of an offseason should give teams with continuity an advantage in 2020, so the notion of Philadelphia — the only NFC East team without a new coach — running away with the division isn’t ludicrous.

But history and injuries aren’t on the Eagles’ side. The NFC East hasn’t had a repeat champion since Philly’s fourth straight division title in 2004, and the Eagles enter the season ravaged by offensive line injuries. That has the potential to be catastrophic for an offense reliant on an injury-prone QB like Carson Wentz.

Perhaps that led to the puzzling selection of Jalen Hurts in the second round of the draft, which looks a lot more like revisionist history than helping the present-day roster.

But Philly added speed at receiver, signing Marquise Goodwin and drafting Jalen Reagor in the first round to go alongside the aging-but-still-effective DeSean Jackson.

The headline acquisition on defense was Darius Slay, who figures to bolster a secondary that has struggled in recent years and is now without Malcolm Jenkins, a longtime leader in the locker room.

Fletcher Cox and Brandon Graham should help fill that void, and the unit’s success depends on the line continuing to win at the point of attack. It would be a coup if the linebackers and secondary improved enough to make that defense stout.

So, assuming relative health, this is the Eagles’ division to lose.

The one thing the pandemic didn’t change? Dallas being overrated.

Boy, where do I start? The Mike McCarthy hiring is about as uninspiring as it gets; he’s basically Jason Garrett if he ever lucked into a Super Bowl win. Judging by the way the Cowboys are treating franchise (tagged) quarterback Dak Prescott, he’s Kirk Cousins with a better win-loss record.

At least he’ll have a new No. 88 to throw to — CeeDee Lamb is the big-name playmaker Jerry Jones craves more than anything (well, other than, you know) and the first-rounder is talented enough to gain the blessing of his predecessors. The Dallas offensive line isn’t as dominant as it has been in recent years, but it’s still solid, especially with the same offensive scheme in place to reduce the learning curve under a new coach.

On defense, the Cowboys surprisingly dusted off Aldon Smith, who returns after a five-year absence due to numerous off-field issues, to be a bookend pass rusher opposite Demarcus Lawrence. It’s a great addition if Smith is anything like he was early in his career, but at age 30, that’s a longshot.

Even still, Dallas has a good front seven thanks to a talented linebacking corps, but the already-shaky secondary could see a decline after Byron Jones took his talents to South Beach in free agency.

Dallas definitely has the talent to return to the top of the division, but leadership is questionable. If the Cowboys are getting the Mike McCarthy that coached an injury-depleted Packers team to an improbable Super Bowl title a decade ago, this could be a big step forward for Big D. But the more likely scenario is he’s the latest Super Bowl-winning coach to underachieve for a franchise synonymous with it.

Whew. What an offseason.

I don’t have the space (or energy) to rehash all of it, but let’s just say it’s been a helluva summer. New coach Ron Rivera initially (and prophetically) said it’s going to be hard turning things around in Washington but later expressed confidence in a quick turnaround.

There’s certainly precedent for becoming stout immediately after a string of losing seasons, and Rivera is uniquely qualified for the challenges of trying to play during the coronavirus pandemic. It also doesn’t hurt to add stud rookie and DeMatha-grad Chase Young to an already-talented D-line they think can “wreck the game,” which makes the turnaround talk not quite so laughable.

Though base defense alignment is largely overrated, Washington’s return to a 4-3 front after struggling in the 3-4 since 2010 is cause for confidence — especially when that D-line rotation includes five former first-round picks. But a lackluster linebacking corps and questions in the secondary, where a key offseason acquisition (Sean Davis) didn’t even make the team, will likely hold this unit back from its full long-term potential.

Speaking of long-term potential, Washington punted on reuniting Cam Newton with Rivera and went all-in on a slim, trim and confident Dwayne Haskins, who looks to justify the team’s investment in him. Without a receiving threat beyond Terry McLaurin and perhaps the worst tight end situation in the league, expect growing pains from an offense that has moved on from older, proven players (Adrian Peterson) in favor of developing young, versatile players (Antonio Gibson, Steven Sims).

OK, bottom line: Of the previous six coaches hired in the Dan Snyder era, none had a winning record in their first seasons and averaged 6.5 wins. I’ll take the under on Rivera’s maiden voyage but with the confidence that the culture change is on the right track (especially if Snyder somehow gets pushed out of the owner’s suite).

If Washington starts with defense, the Giants start with offense — specifically, Daniel Jones.

Jones supplanted Eli Manning last year, and while he showed flashes, Jones threw 12 picks and fumbled 18 times in his rookie campaign. For a team devoid of outstanding playmakers beyond Saquon Barkley, that won’t be easy to overcome if that happens again in Year 2.

New coach Joe Judge brings in longtime Cowboys coach Jason Garrett to lead the offense, which will again rely heavily on Barkley. This unit could outperform expectations if Will Hernandez takes a step up for the offensive line.

Big Blue’s defense will need a big performance from Blake Martinez, who was brought in to shore up one of the worst linebacking corps in the league in 2019. James Bradberry was signed to help the secondary, and the D-line is young but raw.

As respected as Judge is, Bill Belichick’s proteges tend not to pan out as head coaches, and John Mara has lost his touch. The Giants are middle-of-the-road at best, but more likely jockeying with Washington to avoid the NFC East basement. 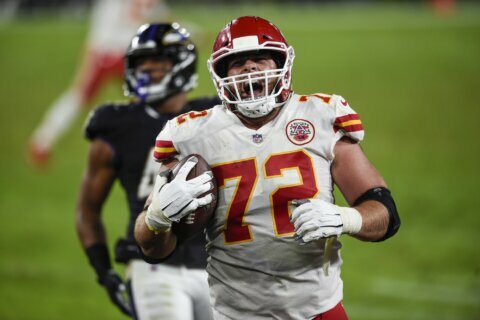