D.C. officials say they are voiding a ticket issued in error to a woman who used the Parkmobile app to reserve her spot.
Listen now to WTOP News WTOP.com | Alexa | Google Home | WTOP App | 103.5 FM
(1/2) 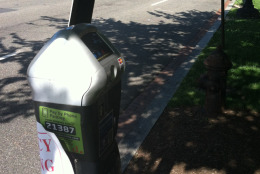 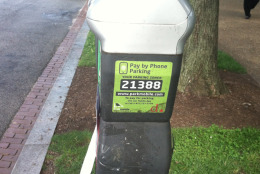 WASHINGTON – D.C. officials say they are voiding a ticket issued in error to a woman who used the Parkmobile app to reserve her spot.

Virginia resident Christen Eliason says she used the app to pay for two hours of parking on Independence Avenue in Southwest during a trip to a Smithsonian museum back in February.

Her allotted time would have expired just after 4 p.m., but a parking officer with the D.C. Department of Public Works issued her a ticket for an expired meter at 3:28 p.m.

“I was upset because I knew I had paid,” Eliason says.

Despite Eliason sending in a Parkmobile receipt to the D.C. Department of Motor Vehicles, a hearing examiner told her she hadn’t provided enough proof for her ticket to be overturned and needed to send a “Parkmobile transaction history showing payment was made for the meter during the specific date and time the ticket was issued.”

She also was told to send in the ticket payment along with a $10 appeal fee if she wished to challenge the decision.

After Eliason sent in her money, the DMV’s Adjudication Services then closed the case because she had paid the ticket.

“It’s very hard to know where to go when you get something that says, ‘It’s over,'” Eliason says.

After both WTOP and ABC 7 looked into Eliason’s case, officials said the ticket will be voided and Eliason will receive a refund.

“After researching the ticket issued by a DPW parking officer, DPW determined the ticket was written in error and we are going to void it,” DPW spokeswoman Linda Grant says. “The motorist will receive a refund within about six to eight weeks after the ticket is voided, which takes about three weeks.”

Part of the problem may stem from the fact that there are two Parkmobile zones just feet apart in the area where Eliason parked.

The D.C. Department of Transportation issued the Parkmobile zoning and signs and maintains the database for all D.C. ticket writers.

Department spokesman Reggie Sanders would not comment to WTOP about whether the agency would make any changes to the meters or signage in the area where Eliason received her erroneous ticket.

See the documents in Eliason’s case: