‘Do it for the people you care about’: Montgomery Co. leaders, kids on vaccines

Montgomery County’s county executive and health leaders were joined by some of the kids who won a recent video contest for students on the importance of COVID-19 vaccines.
Listen now to WTOP News WTOP.com | Alexa | Google Home | WTOP App | 103.5 FM

The weekly briefing by Montgomery County’s county executive and health leaders was dominated by the importance of getting the COVID-19 vaccine, a message amplified by some of the kids who won a recent video contest for students.

County Executive Marc Elrich began with the numbers: The county’s positivity rate for COVID-19 tests sits at .48%, while the number of cases per 100,000 people is 1.08. The county continues to lead the nation’s jurisdictions with more than 300,000 people with 80.6% of residents 12 and older fully vaccinated. Among people 65 and older, 92% are fully vaccinated, while 98% have had at least one dose.

He apologized for the county not having Fourth of July fireworks, but said, “There was no way of knowing by the Fourth of July that things would be as normal as they are.”

“If you want to understand what a difference a vaccine makes,” Elrich said, he pointed to The Washington Post’s report that all Marylanders who died of COVID-19 in June were unvaccinated. People can still get COVID-19, but “they’re alive at the end of this process.”

Earl Stoddard, the county’s director of homeland security and emergency management, pointed out that the new delta variant of the coronavirus is becoming more and more prevalent: “I think the delta variant will take over in the next several months. … We’re just hoping that our vaccination rate is so high by that point that the risk to our residents will be much lower.”

County Health Officer Dr. Travis Gayles said health officials are continuing to see if there are any significant changes of community transmission levels due to the impacts of variants that are being seen in other places.

Wednesday’s briefing also included appearances by the winners of a public-service announcement contest for students, who made videos on the importance of getting vaccinated.

Hailie Clarke, a junior at Northwood High School, explained her video, which won for the best technical execution, by saying, “If you get vaccinated, you have less chance of spreading it to someone else. … If you don’t want to do it for yourself, do it for the people you care about.”

Sophia Hall, of Holton Arms, was the high school winner. Second was Caleb Collins, and third was Christian Testa, both from Richard Montgomery High School.

The middle school winner was Allan Bernal and Christian Ramos Reyes, of Eastern Middle School (who also won an honorable mention for best Spanish-language video). Second was the team of Valerie Merkowitz and Naha Narayan, from A. Mario Loiederman Middle School; third was Hannah Clarke of William Farquhar Middle School.

The county said it would gradually upload the videos to its site.

Gayles said he recommended that masks be used for school and child care settings, especially because those under 12 are not yet eligible for coronavirus vaccinations.

The recommendations were in line with those from the American Academy of Pediatrics, Gayles said.

Maryland Gov. Larry Hogan last week tried to cut off federal extended unemployment benefits to Maryland, but a judge blocked the move. Elrich called Hogan’s decision “premature and not in the best interests of the people of the state of Maryland.”

“The jobs are not back,” Elrich said. “That’s not his fault; it’s not anybody’s fault.” Stores are still closed, he added, and many are shortening their hours and thus employing fewer people.

Elrich called Maryland’s maximum $434 weekly unemployment benefit, and average of $374, “completely inadequate.” Four of those checks per month wouldn’t add up to most rents in Montgomery County, Elrich said, adding that he hoped Hogan would tie any cut in benefits to a drop in the unemployment rate.

Told Hogan was confident he would succeed on appeal, Elrich said, “I hope his confidence is misplaced. He was confident the first time,” before being defeated in court.

Plans for a second vote on a controversial regional road project proposed by Hogan have one of the main opponents worried.

Elrich also traded blows with Hogan on the administration’s plans to add toll lanes and widen portions of Interstate 270 up to Gaithersburg, saying the governor has “threatened jurisdictions and [is] basically holding them hostage and telling everybody what projects he’s going to kill.”

At the June 16 meeting, the Transportation Planning Board, a part of the Washington Council of Governments’ regional planning authority, voted to pull the I-270 plan from a critical federal analysis, in effect stalling the multibillion dollar plan.

Deputy Secretary of Transportation Earl Lewis Jr. wrote to the TPB to say that the vote imperils other transportation projects, saying the I-270 public-private partnership would have made $6 billion available, and without it, other plans in the construction pipeline “will almost certainly need to be downgraded to studies or removed entirely” from the state’s plans.

Elrich said at the time that was the equivalent of “playing chicken” and said he was shocked Hogan was “taking this scorched earth approach.”

At the TPB’s next meeting, it’s expected the issue will be voted on again — with some key changes. Since the last meeting, state Sen. Nancy King has been appointed to the board. King, whose district includes Gaithersburg, has been a supporter of Hogan’s I-270 project.

Maryland Matters reported that other changes to membership could affect a new vote on the project.

Frederick County Council member Kai Hagen, who has sided with opponents of the I-270 project in the past, has been removed from the board, replaced with Frederick Mayor Jan Gardner.

Prince George’s County’s position on the project may also shift, according to Maryland Matters: Terry Bellamy, the county director of public works, has written to the panel urging members to reconsider their votes.

Supporters of Hogan’s project say it’s vital not only to Montgomery County’s efforts to ease gridlock, but also to regional traffic relief efforts.

Lewis said that other National Capital Region projects that are currently “modeled for construction will almost certainly need to be downgraded to studies or removed entirely to offset the loss of revenue for system preservation costs” for the bridge and the two highways. 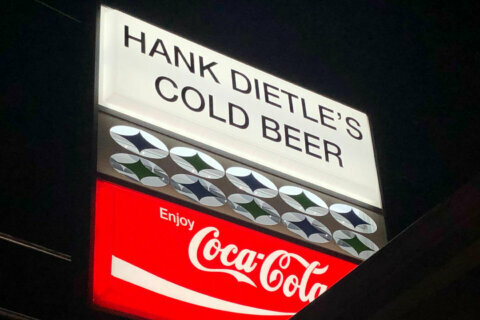