Montgomery County, Maryland, health officials say they are one step closer to a mass COVID-19 vaccination site opening at the Germantown campus of Montgomery College — but it likely won’t be until April, at the earliest, that the site gets up and running.

Dr. Earl Stoddard, director of the Office of Emergency Management and Homeland Security, said during a virtual county council meeting Tuesday that state health officials agreed to schedule a walk-through with the National Guard at the Germantown campus.

The National Guard has been a pivotal partner in the state’s efforts since the coronavirus outbreak began last spring.

“They are definitely interested in our proposed site in Montgomery College-Germantown, so much so that they are going to schedule a walk through with the National Guard to look at site logistics and planning,” Stoddard said.

Stoddard said the county is moving forward with a clinical partnership with Holy Cross Hospital to serve as one of its partners in developing the site.

“We will proceed forward with the planning,” Stoddard said.

Stoddard warned that even if the site is approved, it may not open until April, when the state expects to receive a higher volume of vaccines.

State officials said they are also committed to opening their next two sites, on the Eastern Shore and in Western Maryland, before they consider committing to additional sites, according to Stoddard.

“They haven’t said no, they just haven’t said yes either,” Stoddard said. “So we’re going to continue with planning efforts. Our goal is to do as many of the logistic things upfront as possible to make it as difficult for them to say no once the state has more vaccine available to add in a few weeks.”

County leaders have pressed the state for a mass vaccination site in Montgomery County, the state’s largest jurisdiction and one of the most diverse. A mass vaccination site opened in neighboring Prince George’s County last month, which has distributed a large volume of doses to Montgomery County residents. The state-run vaccine sites are open to all state residents.

Despite the county’s concerns they are receiving fewer vaccines per capita than other jurisdictions across the state, Council member Nancy Navarro, who represents District 4, said she is grateful the state has committed to the site visit.

“It’s a small step forward, but I think it’s great that the state will come to at least do a site visit,” Navarro said. “I am all about being proactive, and as the production starts to increase and more vaccines are available, it would be great for us to be ready for that moment.”

State health officials provided the following response to WTOP when asked about a potential walk through date:

“The state is currently reviewing proposals from a number of jurisdictions to determine if it is appropriate to stand up additional community or mass vaccination sites based on anticipated federal vaccine supply. If we determine that a particular site is in the best interest of the state, we will work with our vaccine partners in the appropriate jurisdictions to move forward.”

Overall, the county health department is receiving about 4,500 doses a week, and that’s not expected to change any time soon.

“I think the expectation is that this will be our allocation weekly for the foreseeable future,” said the county health officer, Dr. Travis Gayles.

Other sources, such as hospitals and retail pharmacies, are supplied by the state with vaccine doses.

County lawmakers have been pressing the state to increase the allocation of doses to the county’s health department.

“Why don’t we have the state making a full effort here in Montgomery County?” said at-large Council Member Hans Riemer. “And to both deny us a mass-vax site and not to increase our dose allocations is outrageous.”

While the county’s allocation of doses has held steady, the state’s supply of doses has increased from 72,000 last month to well north of 100,000 doses a week, Gayles said.

“The fact that … the state’s allocation is going up considerably, but our county allocation is not going up considerably, is very problematic,” Riemer said. “And it implies that the increase of doses are going only to the mass-vax sites, or perhaps to other counties, which leaves our residents scrambling to drive long distances, and figure out how to get there if they don’t drive.”

What to expect when kids return to classrooms?

Starting March 15, more students who attend Montgomery County Public Schools will be heading back to classrooms as part of the school system’s phased reopening plan.

Officials said about 20,000 of the county’s 25,000 teacher and school staff have already been sent invitations to schedule vaccine appointments.

Gayles, the health officer, was asked by county council members about the process for handling COVID-19 case reports as the reopening continues.

“Cases are going to happen. It’s not a matter of if but when,” Gayles said. But he added, “just because there is a case does not mean the whole school gets closed down, it really depends on the incident.”

Maryland law requires schools to notify the health department of any confirmed or suspected cases.

Stoddard, the head of the county’s emergency management office, said parents should understand the contact tracing process is not “instantaneous.”

Rather, he said it’s a “fact-finding process” and could take days to complete.

“The challenge that’s often faced is you have an investigation occurring and MCPS is trying to make some real-time operational decisions at the same time,” he said.

Gayles said he believes the biggest challenge schools are going to face is continuing to operate within the public health guidance, particularly around space. He knows the county will have to balance that with demand for increased capacity.

“The capacity is significantly impacted by the requirements to have 6 feet spacing, and distancing within those spaces,” Gayles said. “I think that is going to continue to be a challenge, as they bring more kids back into the classroom … how to operate and maximize capacity within those particular requirements.”

Council member Gabe Albornoz said health officials have learned a lot from independent schools, which allowed students to participate in some form of in-person learning since the fall.

“There are going to be positive test cases in our schools, we’ve all discussed that that’s inevitable,” Albornoz said. “But I think this is an instance in which we can look at what has transpired in our private schools, and the transition that they made in the fall, to have some lessons learned.”

He added, “They have put together a plan that is consistent with the plan that MCPS has put together, which has been really remarkable.” 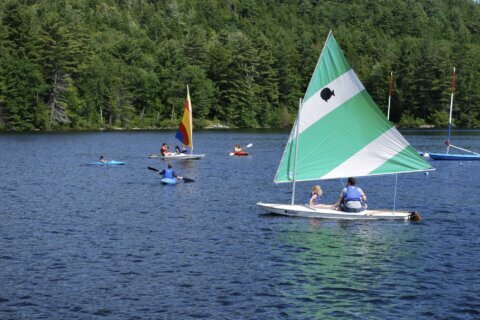 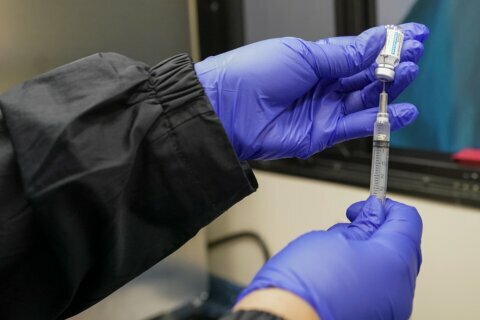