He also said the time has come for Maryland to legalize and tax marijuana.

He has been out of politics for seven years, serving as an attorney in private practice in Washington, D.C. One of his current clients, an international consortium of road-building companies, is suing the Maryland Department of Transportation.

Gansler said his loss in the 2014 primary was “really tough. I had never lost an election before. It was like getting a bucket of ice water poured over my head. It was a very humbling experience.”

The prep school and Yale-educated former prosecutor rubbed some people the wrong way early in his career. Many considered him too brash.

If elected, he will seek the legalization and taxation of recreational marijuana. He also said it’s important that the state expunge the records of people who’ve been convicted only of recreational use.

“Look, it’s time,” Gansler said. “It will allow us to regulate the product for safety [and] educate people on how to consume it responsibly.”

Gansler said that as Attorney General, his staff worked with every agency in the state, giving him a working knowledge of government that the numerous political newcomers in the field lack.

“People are thirsting for experience, somebody who has a progressive record of getting things done,” he said. “And I would argue that that’s unique to my candidacy in this race.”

Gansler entered the 2014 race having won back-to-back statewide races with 61% and 98% of the vote. But his campaign for governor was tripped up by multiple controversies, including one involving a photograph of him at a party that one of his underage sons attended in Dewey Beach, Del.

Political science professor Mileah Kromer said Gansler will have twin challenges — re-establishing his political persona and dealing with issues from his last race, like the “red Solo cup” flap.

“It’s not starting from scratch, in terms of name recognition,” the Goucher College of Maryland pollster said. “He’s not coming out of nowhere. But he’s going to have the same sort of uphill battle as everybody else to reintroduce himself to voters.”

Colin A. Curtis, a veteran campaign manager, will pilot Gansler’s gubernatorial bid — and he is getting advice from Len Foxwell. Foxwell served as chief of staff — and chief political strategist — to Franchot until he was ousted amid reports of an improper personal relationship. 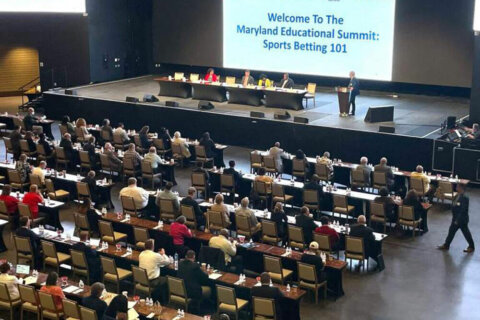 A first look at the future Purple Line’s railcars