Ballot drop-off boxes start arriving in Maryland: How safe is your vote?

The first wave of what will eventually be hundreds of large ballot drop-off boxes are being stationed across Maryland. What are they made of? Who's watching them? How safe will your ballot be?
Listen now to WTOP News WTOP.com | Alexa | Google Home | WTOP App | 103.5 FM
(1/5) 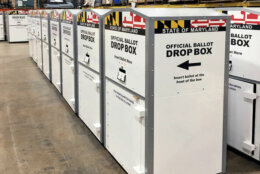 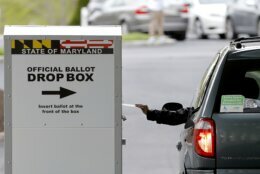 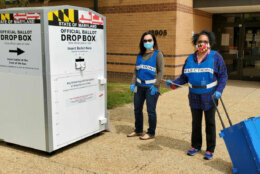 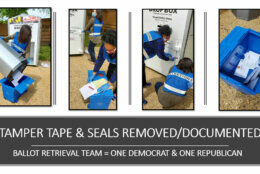 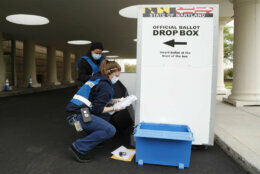 What’s in that big metal box? Soon, it could be your ballot.

Starting this week, the first wave of what will eventually be hundreds of large ballot drop-off boxes are being stationed across Maryland.

Last month, the State Board of Elections approved the first large-scale use of the ballot drop-off boxes for the election as an alternative to sending completed ballots through the mail. Amid the coronavirus pandemic, many regular polling places are shuttered; and election officials are urging voters to vote by mail, even as there are deep concerns about sluggish delivery times by the U.S. Postal Service.

Enter the ballot drop-off boxes: 400 pounds of weatherproof galvanized steel equipped with hardened steel padlocks and special 44-gallon “MegaBins” for holding what is expected to be a surge of ballots.

The wide use of the drop-off boxes is largely new ground for local election officials. Four years ago, there were no such boxes, and only a handful in most counties for this spring’s primary — although election officials credited them as a success.

During the June primary election, there were five drop boxes in Prince George’s County, and about 42,000 voters — 16% of all primary voters — dropped their ballots in them.

“We anticipate that will quadruple — at least,” said Alisha Alexander, elections administrator for Prince George’s County, during a County Council hearing last week. By Election Day, there are plans for the county to have 42 drop-off boxes.

The sheer number of boxes this go-round could present logistical challenges.

“These drop boxes are very expensive to maintain,” Alexander told the council. “They’re No. 1 expensive, as a whole, to manufacture. They’re expensive to transport … And in addition to that, we have to provide 24-hour physical security on each drop box.”

In addition, elections workers will be tasked with retrieving ballots from the boxes multiple times a day.

So far, though, things appear to be on track. Officials with the State Board of Elections, which acquired the boxes from a company that produces recycling bins, said last week the delivery of the first wave of drop-off boxes this week is happening right on schedule.

For their part, local elections officials are optimistic they can handle the challenges.

“Our goal is to secure those locations, empty out those bins,” said Gilberto Zelaya, community engagement and public information officer for the Montgomery County Board of Elections. Equally important, he said, is for voters to make a plan for how they plan to vote this year, given all the changes.

“If you do your part, we will do ours; and we will secure your vote,” Zelaya said.

Montgomery and Prince George’s counties will each see nearly two dozen boxes installed this week, in high schools, community centers and fire departments — many of which will also open as early voting locations next month.

You can view the full list of drop-off boxes in Montgomery County and Prince George’s County online.

By Election Day, 50 ballot drop-off boxes are expected to be in Montgomery County, the most of any in the state. (In the June primary, there were just seven in the county).

Some high-traffic boxes could be emptied even more frequently, he said.

As a safety precaution against COVID-19, all ballots will be stored at the board of elections for 24 hours before they’re sorted and scanned, Zelaya said.

When all the boxes are installed, and as Election Day creeps closer, the retrieval process likely means election workers will crisscross the county multiple times a day to hit every box.

Still, Zelaya said, the board of elections is used to orchestrating complex operations. In a normal year, the county would have to coordinate the running of 248 precincts, fully staffed with thousands of election judges and poll workers.

With the integrity of the election process at the top of everyone’s mind, local election boards are preparing a range of security measures to make sure ballots are protected.

The boxes are physically locked and election teams will seal the boxes with “tamper tape,” that would let election workers know if someone’s tried to snoop around them.

The county has procedures in place if election workers find evidence any of the boxes have been meddled with.

In addition, Zelaya said, all of the county’s drop-off boxes would be under 24-hour video surveillance.

“We will do our due diligence. Look, it could be that a 3-year-old walked up to the ballot box and wanted to peel off that tamper tape. … We will investigate.”

Still, Prince George’s County is going with even stronger security measures. Alexander, the county’s election administrator, told county lawmakers the board of elections plans to provide “24-hour physical security” for each of the county’s 42 drop boxes.

“So that means we will have someone present — either a deputy sheriff, park and planning police, University of Maryland police, City of Bowie police — we will have someone stationed at that drop box 24 hours to make sure that they’re not tampered with,” Alexander said. “This is the model that we followed during the primary election. It worked very well. But it is very expensive.”

Overall, the board of elections said all of the 2020 elections changes — including ballot drop-off box security — has caused the county to go $3.5 million over its planned budget.

‘Not just another bucket’

The ballot drop-off boxes in use across Maryland are being cranked out at a factory in North Carolina by RecyclingBin.com (tag line: “Not just another bucket”), which also manufactures recycling bins, clothing donation boxes and other types of collection cases.

The state board of elections bought 75 bins from the company for the June primary. For the upcoming presidential election, state election officials ordered another 200.

“They came back for quite a few more,” Scott Gardner, CEO and founder of RecyclingBin.com, told WTOP.

When the state reached out earlier this year for the first order of ballot drop-off boxes, Gardner said the company repurposed an existing design for its heavy-duty clothing-donation bins to create the tamper-proof and highly secure box Maryland officials were seeking.

“It’s made out of a heavy-gauge galvanized steel,” Gardner said, and comes with hardened-steel padlocks and weather-resistant exteriors. A large “bin-within-the-bin” will hold the drop-off ballot and is set up off the ground in case rainwater puddles around the bin, and a special hinged shield on the drop-off slot keeps rain from getting into the slot so the ballots stay nice and dry.

Beyond the weather, what about pranksters or even more nefarious events?

In Washington state last August, a man police described as being on a rampage plowed his SUV into a ballot drop-off box in the final days of a primary election there. The box, which was manufactured by a local Washington-based company, emerged practically unscathed with only some scratches and tire marks — and all the ballots were saved.

While simulating an SUV crash wasn’t part of the design phase, Gardner said his company’s ballot boxes could likely withstand a lot of abuse.

“The steel on this bin is thicker than the steel on a car,” he said, adding, “This is a staunch piece of steel.”

Gardner’s company produces collection bins used by the Salvation Army, Goodwill and the armed forces, among other customers. But this is the first year the company has produced ballot drop-off boxes, he said.

So far, business is booming.

In addition to Maryland, the company is also now supplying ballot drop-off boxes for D.C. and Fairfax County, Virginia, as well.

“We’re seeing a surge at this time of year,” Gardner said.

The company has staffed up to meet the demand and is hitting sped-up manufacturing deadlines.

“We’re right on schedule,” he added.

Maryland is far from alone in its pursuit of ballot drop boxes.

Some states have used drop boxes for years — in Colorado, for example, nearly 75% of all voters cast their ballots four years ago using a drop box, according to Stanford University law professor Nate Persily, one of the leading election law experts in the U.S.

This year, at least 35 states have already used or plan to use ballot drop boxes this year, “and their use in the upcoming election will likely be the largest of any election in American history,” Persily wrote in a memo provided to the National Conference of State Legislatures.

Because the ballot bins will only be exposed to the elements for a few weeks at a time, Gardner said, they will likely last the state for years. 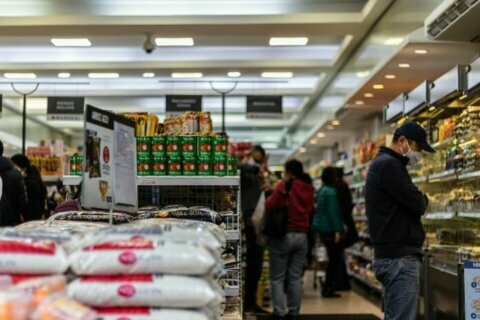 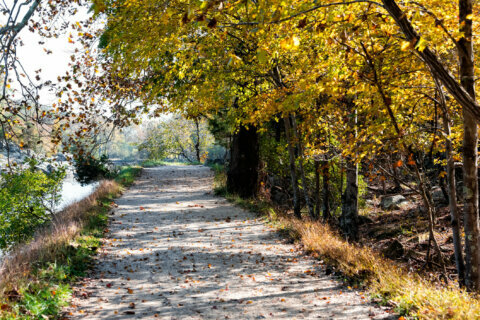 Fall colors are peaking in Md. — here are some great places to see them