Uncanny: Why 10-ounce cans of Budweiser are popular in parts of Maryland

Did you know Maryland is one of the few places in the U.S., besides New Orleans and Puerto Rico, where you can buy 10-ounce cans of Budweiser beer off the shelf?
Listen now to WTOP News WTOP.com | Alexa | Google Home | WTOP App | 103.5 FM
(1/10) 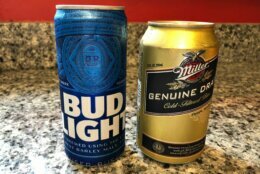 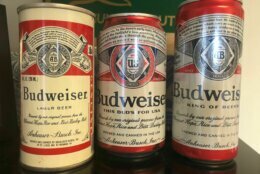 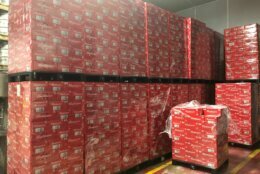 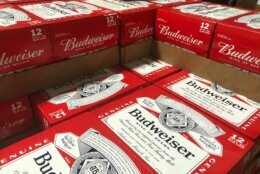 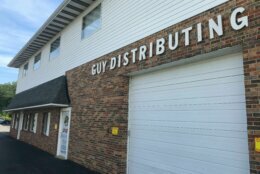 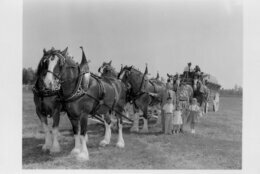 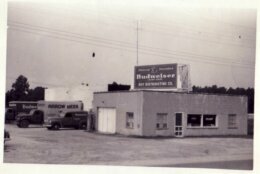 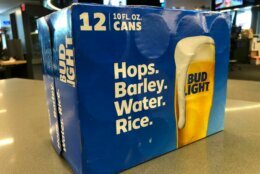 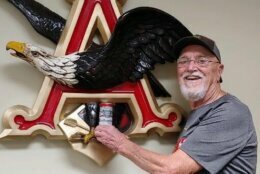 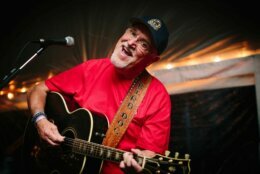 Did you know Maryland is one of the few places in the U.S., besides New Orleans and Puerto Rico, where you can buy 10-ounce cans of Budweiser beer off the shelf?

Many people in Southern Maryland and the Eastern Shore prefer the smaller cans of brew, especially Bud Light, over the standard 12-ounce.

Why choose a can with less of the good stuff inside? If you guessed because they’re counting calories … BZZZT! Sorry, you’re wrong.

To get the answer, let’s time travel back to the mid-1950s, when cans of Budweiser cost 5 to 10 cents more than popular Baltimore-brewed beers. That was a significant price difference in those days.

George Guy, who was the head of Guy Distributing in St. Mary’s County back then, got to meet Budweiser’s colorful head honcho August Busch Jr., when the brewing baron toured the country to meet with every distributor nationwide.

George Guy explained that he was having trouble selling Budweiser because he couldn’t compete with cheaper beer brewed in Baltimore. Busch Jr. assured him there must be something that can be done.

Not long after, Busch Jr. called George Guy from St. Louis to share the bright idea of a 10-ounce can. Busch Jr. also asked if there was anything else he could do to help. George Guy asked if the company could send its famous Clydesdale horses for an appearance at the local county fair, and Busch Jr. agreed.

The 1956 St. Mary’s County Fair turned out to be an epic one for the rural county. The Clydesdales drew crowds, and the 10-ounce cans of Budweiser made their big debut.

“It went over like gangbusters. It was amazing … nobody wanted anything else during the fair, and it just caught on from there,” said Glenn Guy, who is president of Guy Distributing and George Guy’s son.

Ten-ounce cans of Budweiser, Bud Light and Michelob Ultra are popular today in St. Mary’s and parts of Charles and Calvert counties.

Interestingly, their popularity crossed the Chesapeake Bay to certain parts of the Eastern Shore, too. They’re big in the mid-shore counties of Caroline, Dorchester, Kent, Queen Anne’s and Talbot, but not in places such as Salisbury and Ocean City.

“For some reason, it just has an appeal. Personally, I like them better. It’s just the way it feels in your hand, and it’s just the right size,” Glenn Guy said. “This one is close enough to 12, but it will stay cool longer, and it just works for the folks here.”

Glenn Guy said some people swear they can tell the difference in taste. Bird Dog Wheeler is one of them.

“It tastes better. Even though there’s one recipe for Budweiser or Bud Light, out of that can, it tastes better. Try it,” urged Wheeler, a consultant with Kelly Distributors in Easton.

Wheeler is also a musician, and his band Bird Dog and the Road Kings has a song called “Eastern Shore Redneck USA.”

It includes the lyrics, “I drink Budweiser beer in a 10-ounce can, us locals call it the ‘shore thing.'”

“It’s a status thing. It’s sort of a badge to have a 10-ounce can. We’ve been hanging our hat on that thing for a long time,” Wheeler said. “And it’s still growing.”