New Maryland House speaker remains an unknown quantity to many

Apart from the history-making optics, no one is really sure what an Adrienne Jones speakership will look like.
Listen now to WTOP News WTOP.com | Alexa | Google Home | WTOP App | 103.5 FM

When Del. Adrienne A. Jones (D-Baltimore County) left her home in Woodstock Wednesday morning to come to Annapolis, she never imagined that she’d wind up being elected speaker of the House later in the day.

Wednesday’s unprecedented and surprising turn of events — resulting in the election of the first woman and the first African-American to be a presiding officer of a legislative chamber in Maryland — caught many people off-guard.

The surprise also creates a mystery: Apart from the history-making optics, no one is really sure what a Jones speakership will look like.

“I see the symbolic value” in having an African-American woman leading the House, said Larry Stafford, executive director of Progressive Maryland, which had pressured the Democratic Caucus to unify behind a candidate for speaker rather than enter into an alliance with House Republicans. “We’ll see what the policy implications are.”

Jones remains an unknown quantity to many people in Annapolis because she only began expressing an interest in the speaker’s job a few weeks ago.

“She had never seemed to be personally ambitious, the way many of the senior House leadership are,” said a former colleague, speaking on the condition of anonymity.

That wasn’t the case for the two leading contenders to replace the late Speaker Michael E. Busch (D), who had been waging not-so-subtle campaigns and thinking about the job for years.

Del. Maggie L. McIntosh (D-Baltimore City) is a shrewd and seasoned political strategist who had outlined a full-throated progressive agenda for her colleagues to consider, and was a protégé of a political icon, former U.S. Sen. Barbara A. Mikulski (D).

Del. Dereck E. Davis (D), the other leading contender, is a proud son of Prince George’s County who has put an indelible stamp on innumerable pieces of legislation and has run the Economic Matters Committee as a pro-business centrist, much as Busch did.

As powerful committee chairmen, both Davis and McIntosh had teams around them — staffers, operatives, lobbyists and loyal colleagues.

Jones, 64, has served in the House since 1997 and has held two prime positions since 2003 — speaker pro tem and chair of the capital budget subcommittee — but she has kept a considerably lower profile than many of her colleagues and lacked an internal power base.

“She doesn’t have a crew,” said a State House lobbyist.

That increases the likelihood that she’ll keep a substantial portion of Busch’s team intact for the foreseeable future, current and former staffers predicted.

“It’s almost like a professional sports team that loses its coach and then hires the assistant for the rest of the season,” the lobbyist said.

And while a reliable liberal vote and stalwart member of the Legislative Black Caucus and the women’s caucus, Jones has rarely been a vocal advocate for causes or a publicity-seeking provocateur.

Asked during a news conference after the emotional floor vote and four intense hours of behind-the-scenes negotiations what her plans for the House were — Jones demurred.

“I just got elected,” she said.

And asked whether she anticipated making changes to the leadership team or top-level staff, Jones replied, “I’m going to be talking to all our members first.”

Listening and consensus-building are two of her trademarks, admirers say.

A lifetime of service

Jones is no stranger to policy or politics. She spent most of her adult life working for Baltimore County government, dealing with fair practices, community affairs and human resources. In her job, she spent a lot of time attending community meetings, but was never particularly politically active.

Yet following the death of Del. Joan Neverdon Parker (D) in 1997, the political team surrounding Jones’ boss, then-County Executive C.A. Dutch Ruppersberger (D), and other local Democratic leaders, promoted her for the vacancy. She has easily won reelection since.

“Adrienne is fairly well respected in the district as a mercurial strategist and player who can and will get things done,” one Baltimore County political activist who knows her well observed.

After arriving in Annapolis before the 1998 session, Jones was assigned to replace Parker on the Appropriations Committee, where she quickly befriended another relatively new member of the budget-writing panel, McIntosh. There, she was taken under the wing of the powerful and strategic committee leader, the late Howard P. Rawlings (D).

“We’re two of Howard ‘Pete’ Rawlings’ kids, and we grew up together on the Appropriations Committee,” McIntosh told colleagues on the House floor Wednesday.

Busch became her next important mentor — naming her speaker pro tem and capital budget chair as soon as he became speaker in 2003. Jones’ work on the capital budget subcommittee reveals a lot about the kind of speaker she’ll be, her former colleague surmises.

“That’s a detail-oriented job,” the ex-lawmaker said. “You have to get deep into the nitty-gritty. It means understanding the substance of the [budget] requests, and the politics of what’s going on.”

As speaker pro tem, Jones was part of Busch’s inner circle, and helped him deal with the mechanics of running the House, sources said, serving as an occasional gentle scold, prodding him to follow through on unpleasant but necessary tasks.

In that job, she would also occasionally preside over the House in Busch’s absence. But by her own admission, it wasn’t until she did so regularly in the final weeks of this year’s legislative session that Jones began thinking about becoming speaker in her own right.

“She rose to the occasion during the two weeks the speaker was out,” said Del. Benjamin Brooks (D-Baltimore County), who represents the same district as Jones and has known her since 1994. “That sort of said to colleagues what she can do.”

While Jones came to the conclusion less than a week ago that she couldn’t win the speaker’s gavel, the Baltimore County political activist suggested Jones probably envisioned the scenario that wound up playing out — that she could emerge as a compromise candidate.

“I’m pretty sure she knew there may be a possible need for an alternative and she was ready,” the activist said.

But is she ready for the multiple, year-round juggling required of a presiding officer of the Maryland General Assembly? There will be a learning curve, current and former colleagues concede — from figuring out how to maintain an auctioneer’s patter while running House floor sessions, to going toe-to-toe with Gov. Lawrence J. Hogan Jr. (R) and Senate President Thomas V. Mike Miller Jr. (D), to managing the internal politics of a fractious Democratic Caucus, to being the No. 1 cheerleader and fundraiser for House Democrats.

“She’s not a highly political creature,” her former colleague said. “She wasn’t a frequent special guest on the fundraising circuit.”

But colleagues believe she’s up for the challenge.

And then there will be this adjustment: When Jones arrived at the State House Wednesday morning, she was one of 140 House members. When she left in the afternoon, she was accompanied by a state trooper. 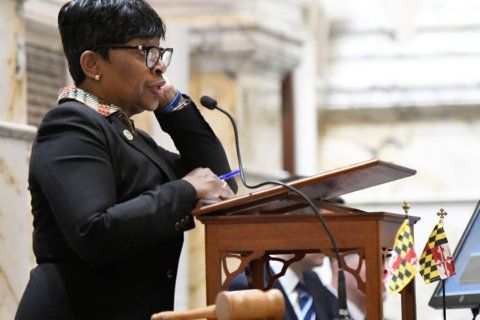 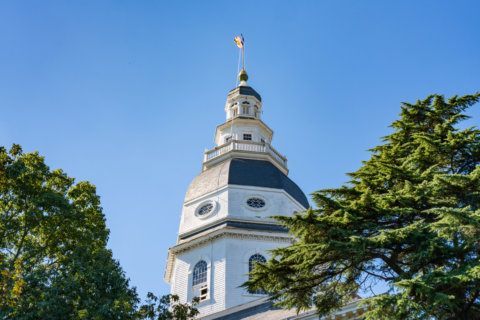 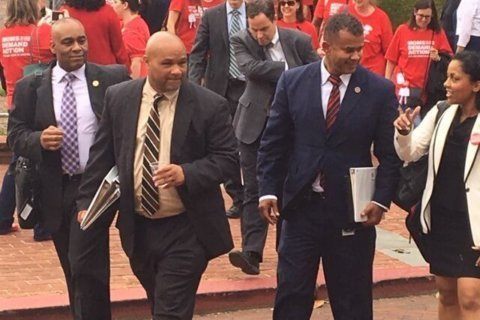 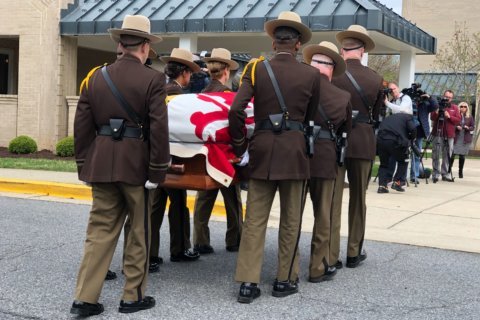