The Transportation Security Administration reported that nationwide, the number of firearms catches went up from 3,957 in 2017 to 4,239 in 2018. That nationwide figure has been increasing each year.
(1/2) 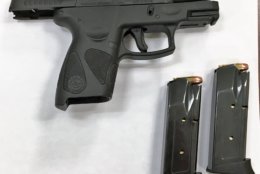 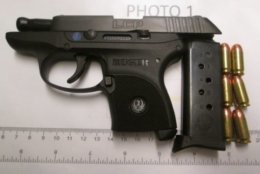 WASHINGTON — Even more firearms were detected in carry-on bags at U.S. airport checkpoints last year. Closer to home, it’s a study in contrasts.

The Transportation Security Administration reported Thursday that nationwide, the number of firearms catches went up from 3,957 in 2017 to 4,239 in 2018. Of those firearms detected, 86 percent were loaded, and nearly 34 percent had a bullet in the chamber.

That nationwide figure has been increasing each year. According to the TSA, there were only 926 catches back in 2008.

In Maryland, firearms catches were slightly down, with 23 catches in 2018 between BWI Marshall Airport (22) and Salisbury Municipal Airport (1). The year before, the state’s total was 26.

In Virginia, that number climbed from 71 in the commonwealth’s eight airports to 82 during the same period. Virginia’s airports outpaced the trend nationally. (It’s an increase of about 15.5 percent, compared with the increase of just over 7 percent nationwide.)

The local breakdown over the last few years:

Travelers face not only criminal but also civil charges if they bring guns to an airport checkpoint. However, owners with proper permits can travel legally with guns in checked bags if they follow some guidelines.

Gun-possession laws vary, and the TSA reminds gun-owning travelers that before they depart, they should be familiar with the laws at each place to which they’re traveling. They should also be aware of any additional requirements that their airline(s) might have.