Hotel or hangout? The Line caters to locals

WASHINGTON — There’s a new hangout in town that’s attracting artists, entertainers, community organizers, food lovers — even the Obamas. And while it’s technically a hotel, it’s safe to say The Line was built for Washingtonians — not just on-trend travelers.

Inside a renovated early 20th-century neoclassical church near the intersection of 18th Street and Columbia Road in D.C.’s Adams Morgan neighborhood, residents pop in with their pups for a latte, and creatives type away on their laptops at Brothers and Sisters — an all-day eatery from D.C.’s Erik Bruner-Yang.

Local business owners, musicians and activists cycle in and out of a glass studio — home to the hotel’s lobby-based radio station — and staff put finishing touches in the dining room of A Rake’s Progress, a new restaurant from James Beard Award winner Spike Gjerde. 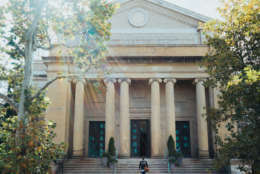 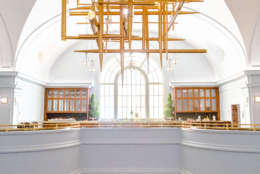 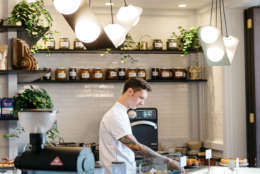 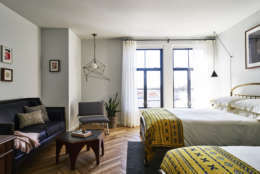 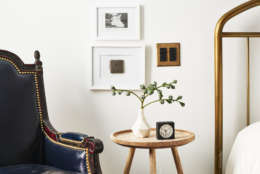 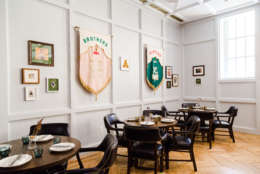 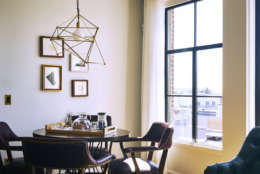 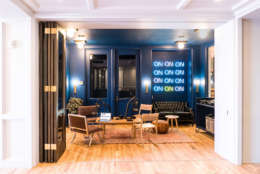 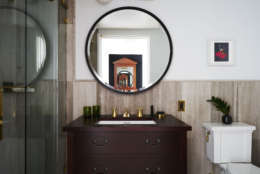 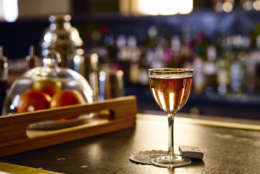 Area photographers decorate the walls with their art, and nearby Idle Times Books stocks the shelves of the library. Attached to it all is a 4,000-square-foot community center, built to service the residents and organizations of Ward 1.

“We discovered when working on this project that there are a number of organizations in Adams Morgan that needed community space and they didn’t have the where for all to rent it or buy it,” said Crawford Sherman, managing director of The Line DC, a property from the Sydell Group.

So The Line built a space for the community to use, free of charge. It even has its own entrance and its own staff.

“This is a unique hotel. I can say there’s nothing like it.”

Jack Inslee, former executive producer of the food-focused Heritage Radio Network, made the move from New York to D.C. last year. His new task at hand is to branch beyond food and curate a lineup of podcasts, hosted by movers and shakers in the city’s creative community.

“It didn’t necessarily make total sense in the beginning,” Inslee said about being asked to head up a hotel-based radio station.

But a tour of D.C., sans the typical monument and museum stops, sealed the deal.

“This platform exists for people to just come in and speak to the world and teach the world about their D.C. — not necessarily the D.C. that everybody knows,” Inslee said.

“You’d never dream of some of the things that are happening in this city.”

Informing out-of-town guests of these happenings is one goal of Full Service Radio. The 32 shows — which span categories of music, culture and food and are hosted by area entrepreneurs, chefs and industry influencers — are live streamed in the hotel’s 220 rooms.

Locals can listen online or at an iPad station outside the studio.

“My hope for this is that 20 years from now, this becomes sort of a digital library of oral histories and recordings and voices and ideas, so that we can look back and say, ‘This is what D.C. and Adams Morgan was saying in 2017, 2018,’ and hoping that just sort of lives forever and grows and grows and grows,” Inslee said.

A taste of DC

Both Brothers and Sisters and A Rake’s Progress are now open at The Line, with the former offering a multicultural take on American classics and the latter focusing on mid-Atlantic ingredients.

Excitement and early reviews of the dining establishments make it challenging to get a table, especially during prime weekend hours. However, Sherman said one of the best dining experiences at The Line doesn’t require a reservation — just a stop at the coffee shop.

“There’s nothing more magical than to get a cup of coffee and a croissant and take it out and sit on the steps of the church and just watch the theater of Adams Morgan go by in front of you.”