The case of Kwamena Ocran, who was shot and killed by the Gaithersburg, Maryland, police in January, is likely to be sent to a grand jury, his family's lawyer said.
Listen now to WTOP News WTOP.com | Alexa | Google Home | WTOP App | 103.5 FM

The case of Kwamena Ocran, who was shot and killed by the Gaithersburg, Maryland, police in January, is likely to be sent to a grand jury, his family’s lawyer said.

Brian McDaniel, the attorney representing Ocran’s mother, told WTOP that Christopher Sandmann, the Howard County assistant state’s attorney heading up the investigation, told him that the state prosecutor will likely send the grand jury the case, to let it decide whether to pursue criminal charges against the involved officers.

“My understanding is that the Howard County State’s Attorney’s Office is preparing to submit the information they have developed to a grand jury for consideration of criminal charges related to the officers who shot Kwamena earlier this year,” McDaniel said Saturday in an exclusive interview with WTOP.

McDaniel said he had the phone conversation with Sandmann three weeks ago.

Ocran, 24, was shot and killed by at least one member of the Gaithersburg Police Department, in Montgomery County, around 6 p.m. on Jan. 8, during a pursuit. Plainclothes police officers were tracking Ocran at the Chelsea Park Apartments, in downtown Gaithersburg, after an alleged illegal handgun purchase.

When asked about McDaniel’s comments, Howard County State’s Attorney spokeswoman Yolanda Vazquez said Monday, “We have never publicly commented on when we take cases to the grand jury,” adding, “We have no comment on whether the case will be going to the grand jury anytime soon.”

On Friday, when asked generally about the status of the case, Vazquez said there is no timeline for its conclusion.

“Our office believes in conducting a thorough investigation and therefore, there is no set date for the conclusion of this case,” Vazquez said in an email. “Ocran’s family will receive materials once the investigation is concluded.”

Under a long-standing agreement between Howard and Montgomery counties, all police shootings in one county are investigated by the state’s attorney’s office of the other.

Since the agreement has begun, Howard County has reviewed seven officer-involved cases from Montgomery County, and in each case the use of force “has been lawful,” Vazquez stated in an email.

Melody Cooper said she has been waiting for justice for her son’s death for a long time, and now she has a glimmer of hope.

Nearly eight months after her son’s death, she still hasn’t seen Ocran’s autopsy report, which would reveal the cause and manner of his death. Nor has she seen any of the investigative materials from her son’s case, including a police report or security camera footage — which could have captured the last minutes of Ocran’s life.

“My son died 225 days ago on Jan. 8, 2021, by the Gaithersburg Street Crime Unit officers. It’s been seven months. I should have received the autopsy report, as well as the police reports. There’s more than one,” Cooper said, referring to the Montgomery and Howard county investigations.

Bruce Goldfarb, a spokesman for the Maryland Office of the Chief Medical Examiner, said Ocran’s autopsy report was completed March 3, but the reports are not released when a case is under investigation.

Frustrated with the progress of the case in the weeks and months following her son’s death, Cooper did her own detective work at the Chelsea Park Apartments.

She knocked on doors and talked to potential witnesses. None of the people she interviewed — who claimed to have information about the night Ocran was shot — had been contacted by the Howard County State’s Attorney’s Office or the Montgomery County homicide division, Cooper said.

In late April, representing Cooper, McDaniel met with Sandmann and offered up the names of potential witnesses who said they had seen the shooting. Vazquez, from the Howard County’s State’s Attorney’s Office, confirmed their office was unfamiliar with the names Cooper advanced.

“Our office makes every effort to locate and interview any potential witnesses given to us by police or other people,” Vazquez said when asked whether their office had contacted the witnesses.

The night of Ocran’s death, Gaithersburg Police Chief Mark Sroka initially told reporters that plainclothes officers believed Ocran had a gun, and that, when police approached him, he ran across Md. Route 355 around 5:50 p.m.

Sroka said when police caught up with him at the Chelsea Park Apartments, he displayed a handgun, and one or more officers opened fire. Police said a handgun was found at the scene.

But days later, police would recant that account, saying Ocran never crossed over Route 355. Instead, they said, officers first encountered Ocran at the apartment complex.

“What we first reported was what we thought to have occurred,” Gaithersburg Police Spokesman Officer Dan Lane said in a March interview. “After further investigation, we found the incident to occur in the apartment complex.”

On Oct. 1, a law will take effect in Maryland directing all officer-involved death investigations to the Maryland attorney general for investigation. But any investigations related to cases from before Oct. 1 will stay with the original investigative body handling them. 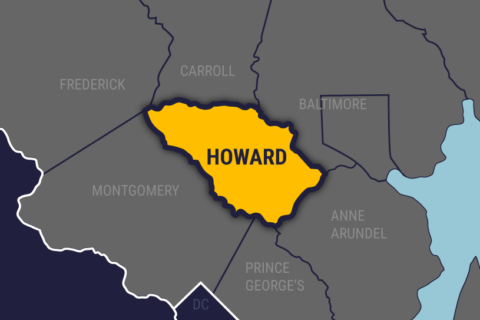 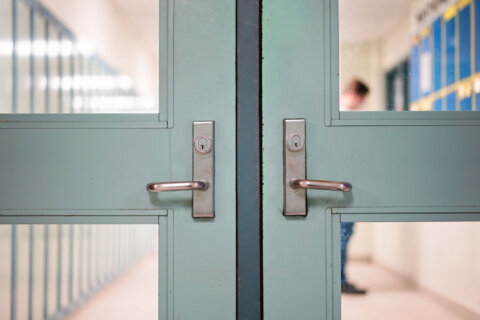