It’s one eye on the sky, the other on the streams in downtown Ellicott City, where potentially heavy rain remains in the forecast over the next few days.

WASHINGTON — It’s one eye on the sky, the other on the streams in downtown Ellicott City, where potentially heavy rain remains in the forecast over the next few days.

The worst of the storms came Thursday but did not bring any flash flooding. Tiber Creek could be seen flowing gently Friday morning.

But the potential for flooding still exists on Friday and Saturday, prompting county leaders to issue warnings and share what they’ve done to mitigate — though not eliminate — the chances for more flooding.

“We’re starting at the basics, which are the channels which is where all the receiving water goes to, to get out to the Patapsco River,” said Jim Irvin, the director of public works in Howard County.

“They were filled up with an incredible amount of debris … and we’ve concentrated focusing on pulling out the blocks and plugs along the downtown area,” Irvin said.

So far, that means about 100 truckloads of sand, mud, muck, trees and whatever else was washed out Sunday night has been hauled away already. At the same time, new temporary curbs and sandbags have been put in place to help guide water into the storm drains where curbs and gutters were washed away. But the storm drains and sewer pipes are also still a problem.

“A lot of the inlets are filled up with sand, bricks from the sidewalk and miscellaneous debris,” said Irvin. “We’re also trying to suck out the materials in the pipes themselves so we have as much capacity to process the stormwater.”

Tarps have been set up along one side of Hill Street, which suffered serious erosion last weekend. Irvin said the hope is that the tarps will keep any more of the “cliff”-like remnants from washing away, compromising the road itself as well as some of the nearby homes.

In the end, it’s not really the amount of rain over the next few days that’s going to have people worried, but how fast it comes down.

“If it’s spread out over a longer period of time, then we should be OK,” said Irvin. “If it comes down in a deluge, then we could potentially have flooding again.”

“If we get 3 inches or 5 inches of rain in one hour, you’re going to have flooding,” Irvin said. 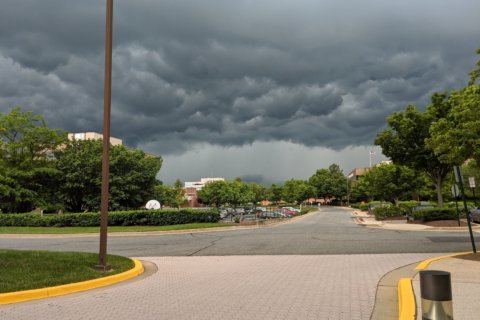 Some roadways slick, submerged after storms roll through DC area 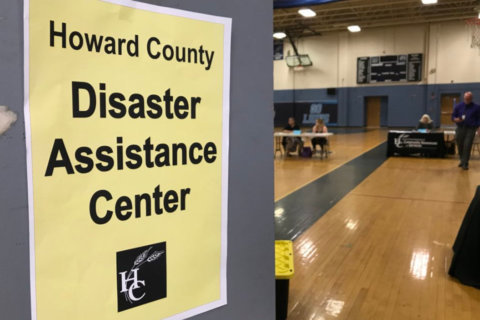 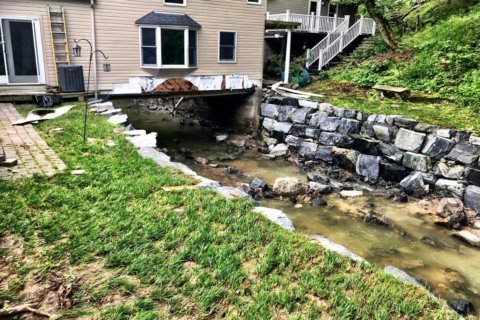