Senator Ben Cardin, D-Md., only had one request for the crowd of hundreds along Ellicott City’s Main Street on Saturday: “Open up your wallets and buy some things today.”
(1/5) 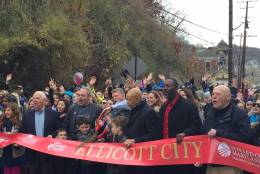 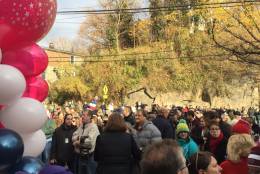 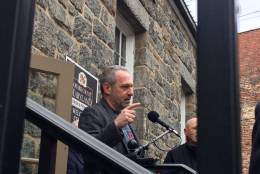 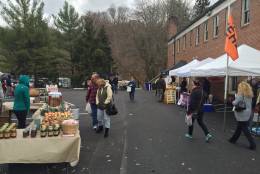 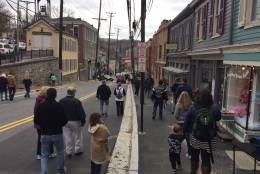 ELLICOTT CITY, Md. — Small Business Saturday marked the ceremonial reopening of Main Street in Ellicott City, where the businesses here are still recovering from a deadly flood back in July.

During a morning ceremony to kick off Small Business Saturday, Sen. Ben Cardin, D-Md., said he had only one request: “Open up your wallets and buy some things today.”

The crowd of hundreds who were on hand couldn’t help but cheer.

Kittleman said this was important time for business owners.

“This is the most important time for everyone here, so please from now and the end of the year, please shop in Ellicott City,” said Kittleman. “Help these business owners to get back on their feet and nothing is going to help them more than just coming here to shop.”

Shoppers were more than willing to oblige.

“We did bring some money, and we’re going to be excited to spend it,” said Ellicott City resident Walter Doss, shortly after walking out of a store on Main Street.

“Just kind of looking around and just seeing what’s all here,” he continued.

Paul Houser of Ellicott City strolled through shops that he said have been familiar to him for many years now. He was working on his Christmas list.

“Some stocking stuffers,” said Houser. “I have three girls and this is a great place for them. All the cute little shops and boutiques are fabulous places to buy Christmas presents for them.”

Houser said restaurants were what he and his family missed the most during the rebuilding process. So when he was asked how likely it was that he’d be spending more money today than he expected to, he quickly answered with a laugh, “guaranteed, already have.”

Police: No kidnapping happened with woman found in Maryland