Who actually needs a 2,000-calorie diet?

Glance at your morning yogurt or scan the back of your breakfast cereal box and you'll notice the familiar Nutrition Facts label printed on the back.
Listen now to WTOP News WTOP.com | Alexa | Google Home | WTOP App | 103.5 FM

Glance at your morning yogurt or scan the back of your breakfast cereal box and you’ll notice the familiar Nutrition Facts label printed on the back. You’ve likely skimmed over the fat or protein line items on this label and seen a percentage alongside them, indicating how much of the recommended daily intake of that nutrient a serving of your food contains. And there at the bottom of the label is an asterisk to put that percentage in context: it’s “based on a 2000-calorie diet.”

Given the ubiquity of the reference to 2,000 calories per day, one might assume that it has some sort of scientific basis. But one making such an assumption would be wrong. In fact, the mark of 2,000 calories was based on self-reported calorie intakes of Americans from surveys conducted by the USDA around the time of the 1990 Nutrition Labeling and Education Act, when the need for standardized intake references was recognized. Survey results found that males self-reported daily calorie intakes in the 2,000 to 3,000 range, and females reported intakes in the 1,600 to 2,200 range.

Based on these rather wide, and self-reported, ranges, some pretty loose rounding happened, and the number 2,000 was settled on for a standard. In other words, not only was the calorie standard not derived based on prevalent scientific equations that estimate energy needs based on age, height, weight and physical activity levels, but the levels were not even validated to ensure that the self-reported ranges were actually accurate.

Clearly, the U.S. Food and Drug Administration (FDA) intended the 2000-calorie diet to be an “average” reference of sorts to help the typical consumer put all these percentages into some context. But in America of 2016, this context is way out of context. In other words, the diet of 2,000 calories per day is more likely an exception to the norm, not the norm.

Consider this: The vast majority of American adults are overweight or obese — 68.6 percent at the last count. And the vast majority of overweight or obese adults require nowhere near 2,000 calories per day to help promote a healthy body weight. So given its unscientific origins and the reality of American health in 2016, why is it that 2,000 calories per day is still the standard by which we are measuring what appropriate dietary intake looks like?

Consider the following examples of the estimated calorie needs of a variety of people to illustrate this point.

— A normal weight 26-year-old woman who has a sedentary desk job but hits the gym three times a week for cardio or some yoga and is 5 feet 5 inches tall and 135 pounds probably maintains her healthy weight at about 1,800 calories per day.

— An overweight 35-year-old working mom with young kids at home and no time to exercise and is 5 foot 2 inches tall and 150 pounds is looking at just 1,200 calories per day to help shed some weight.

— A slightly overweight 55-year-old man who is 5 foot 9 inches tall and weighs 175 pounds, works in an office and hits the stationary bike for 30 minutes of cardio twice a week requires about 1,700 calories to lose those few extra pounds and maintain a healthier body weight.

— Even heavy patients — tall, large-framed men weighing 300 pounds or more — won’t lose weight without regular exercise unless they are eating less than 2,000 calories per day. A 45-year-old guy who’s 6 foot 4 inches and 325 pounds would probably have to eat about 1,900 calories per day to promote a desired level of weight loss.

— A healthy weight male or female teenager who plays organized sports and practices or competes several times per week (and may even still be growing on top of that).

— Healthy weight adults with very active jobs that involve lots of lifting, climbing stairs, walking and generally being on their feet and moving around during the day. Think delivery people, construction workers, fitness trainers, sanitation workers and landscapers.

— Fit, very active adult athletes of all ages, especially endurance athletes, and including many weekend warriors.

So sure, we can find plenty of examples of people among us who do indeed need to eat 2,000 calories per day or more. But in many cases, these people are the exception in our society, not the rule.

By taking this 2,000-calorie standard figure as gospel, we open ourselves up to the risk of significant self-deception and miscalculation. An entree from a fast-casual restaurant chain that is 1,000 or more calories may not seem so bad if you believe that a “normal” daily calorie intake is 2,000 calories, nor does a 340-calorie iced mocha latte from your local cafe seem like it will make a dent.

But what if you knew your budget was, say, closer to 1,400 calories per day? You might think twice about such choices. You might realize that if you are going to make it through an entire day while keeping to your budget, you’d better add a bunch of fiber-rich veggies and fruits to the daily rotation to help you feel full without maxing out your calories. You might reconsider that typical fast-casual restaurant entree, which will gobble up most, if not all, of your daily calorie budget in a single dish.

It can be hard for the average person to know what calorie level they should be consuming for optimal health — but that doesn’t mean defaulting to 2,000 is the best approach. One thing you can try is using an electronic food diary app, like MyFitnessPal, to track your daily calories for 14 days. Weigh yourself on day one, after seven days and on day 14 at a similar time of day and in light clothing. Take the average of your daily recorded calories at the end of the two weeks. If you’ve been maintaining your weight throughout the course of the experiment, your average daily calories are roughly what you need to maintain. Losing weight will require cutting about 300 to 500 calories per day. As you age or your physical activity level changes, these calorie guidelines will, too, so you may need to repeat the process periodically if you find yourself experiencing an unintended weight change.

8 Ways to Start an Urban Garden

Who Actually Needs a 2,000-Calorie Diet? originally appeared on usnews.com 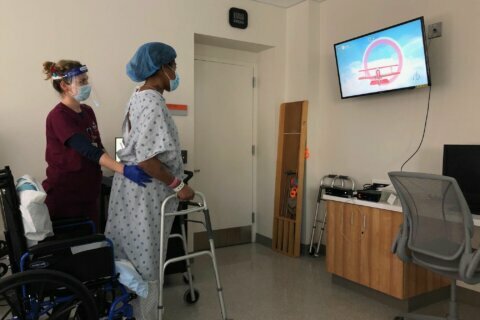 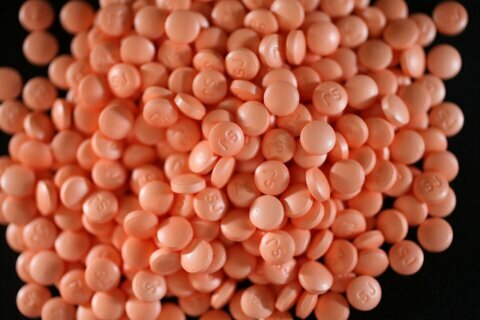