At first, you might mistake this 6-year-old's jack-o'-lantern for a Halloween pumpkin, but look closer and you’ll see this is not a spooky gourd meant to scare.
Listen now to WTOP News WTOP.com | Alexa | Google Home | WTOP App | 103.5 FM
(1/5) 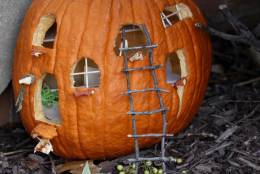 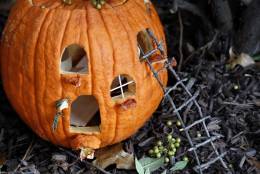 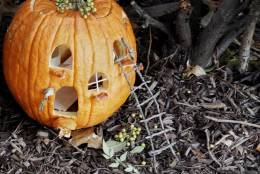 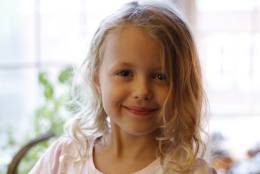 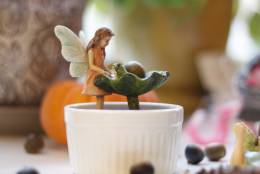 WASHINGTON — On a quiet street in Northwest D.C., there’s a very special pumpkin tucked away among the fallen leaves.

At first, you might mistake it for a Halloween pumpkin, but look closer and you’ll see that this is not a spooky jack-o’-lantern. Those are arched windows carved out along the sides of the pumpkin. The windows have miniature panes made of toothpicks. Small ledges protrude from the windows, and there is a teeny, tiny ladder made out of twigs leaning up against one of the windows. The top of the pumpkin is decorated with some wild berries that form a sort of a wreath around the dried stalk.

As it turns out, the pumpkin is the work of Scott Homolka and his 6-year-old daughter, Eloie. The little girl had been given a book on fairy gardens. She said she was especially intrigued by the notion of building a little house for the creatures and hoped to catch sight of one.

“So we started buying pumpkins and we made a fairy house out of one of them,” she said.

Eloie’s mother, Stephanie Lussier, said her daughter has been checking the pumpkin house every day to see if the fairies had visited. An excited Eloie said she came close to seeing one.

“When I was out there one day, “ Eloie said breathlessly, “We put water in a little acorn cap, and in the morning it was gone!” It was proof, she figured, that a thirsty fairy must have paid a visit.

Eloie said that there might be a lot of spooky, scary things about Halloween, but you don’t have to be afraid of fairies.

“They’re good,” she said. Look for them, Eloie said, among the falling leaves of autumn. 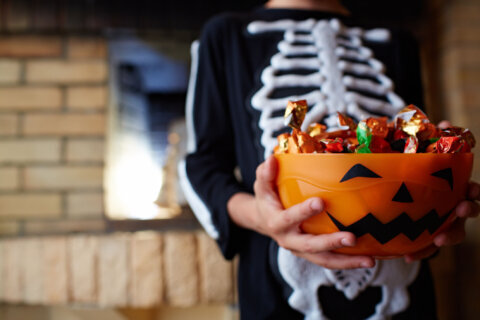 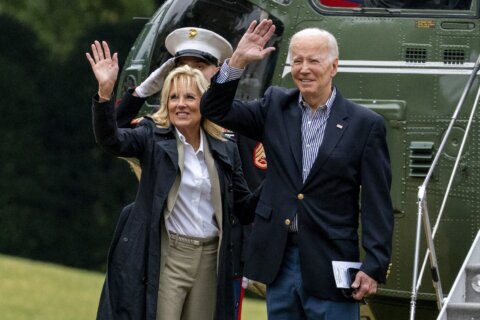 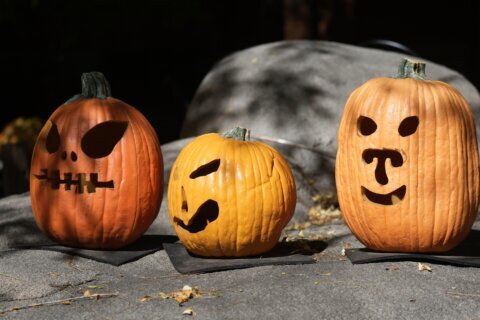