Every team that can make the College Football Playoff

The first College Football Playoff rankings were announced Tuesday night. While an entire November of key games has yet to be played, the initial rankings are at least instructive enough to tell which teams still have a shot of ending the season in the Top 4 and which have absolutely no chance.

The initial rankings were great news for the Big 10 and the SEC, which combined to occupy five of the top six spots. But with all the matchups still ahead, where a team sits in the initial rankings doesn’t necessarily guarantee a smoother path to the final four.

Before we get to which teams are still alive, and what they need to get in, let’s look at the teams that, despite their Top 25 CFP rankings: have no chance at playing for a national title. 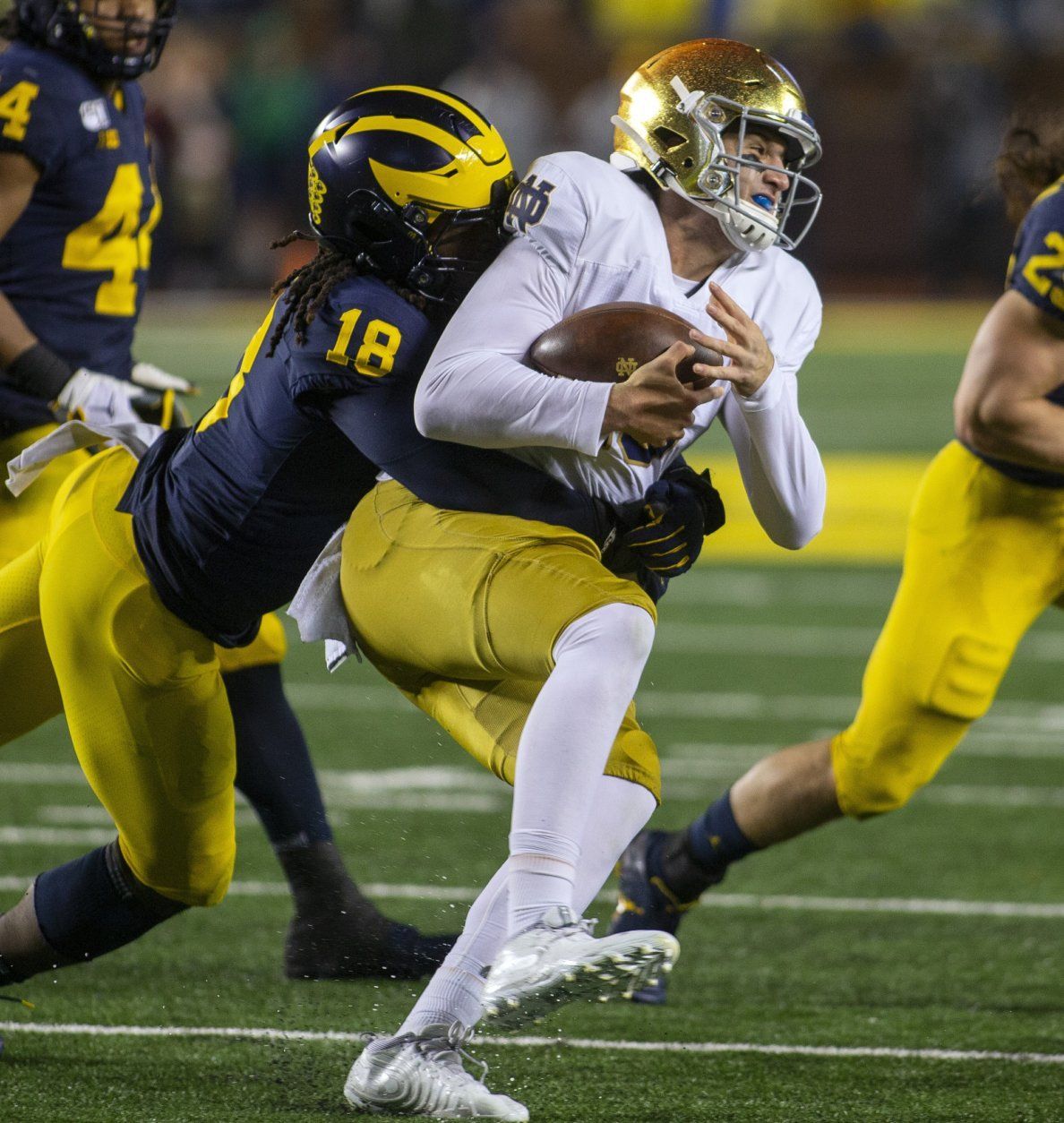 There are some good one- and two-loss teams in that lot above. There are teams that could play on New Year’s Day, teams that could shake up the CFP picture. But none have a viable path at actually making the final four. Auburn has the highest ranking, at 11, and two big home games left, but no real way into the SEC championship game. The hardest one to leave off is Notre Dame. But the combination of two losses — especially an absolute thumping by Michigan two weeks ago — no truly excellent remaining opponents, and no conference title game, just doesn’t leave the Irish a viable path. 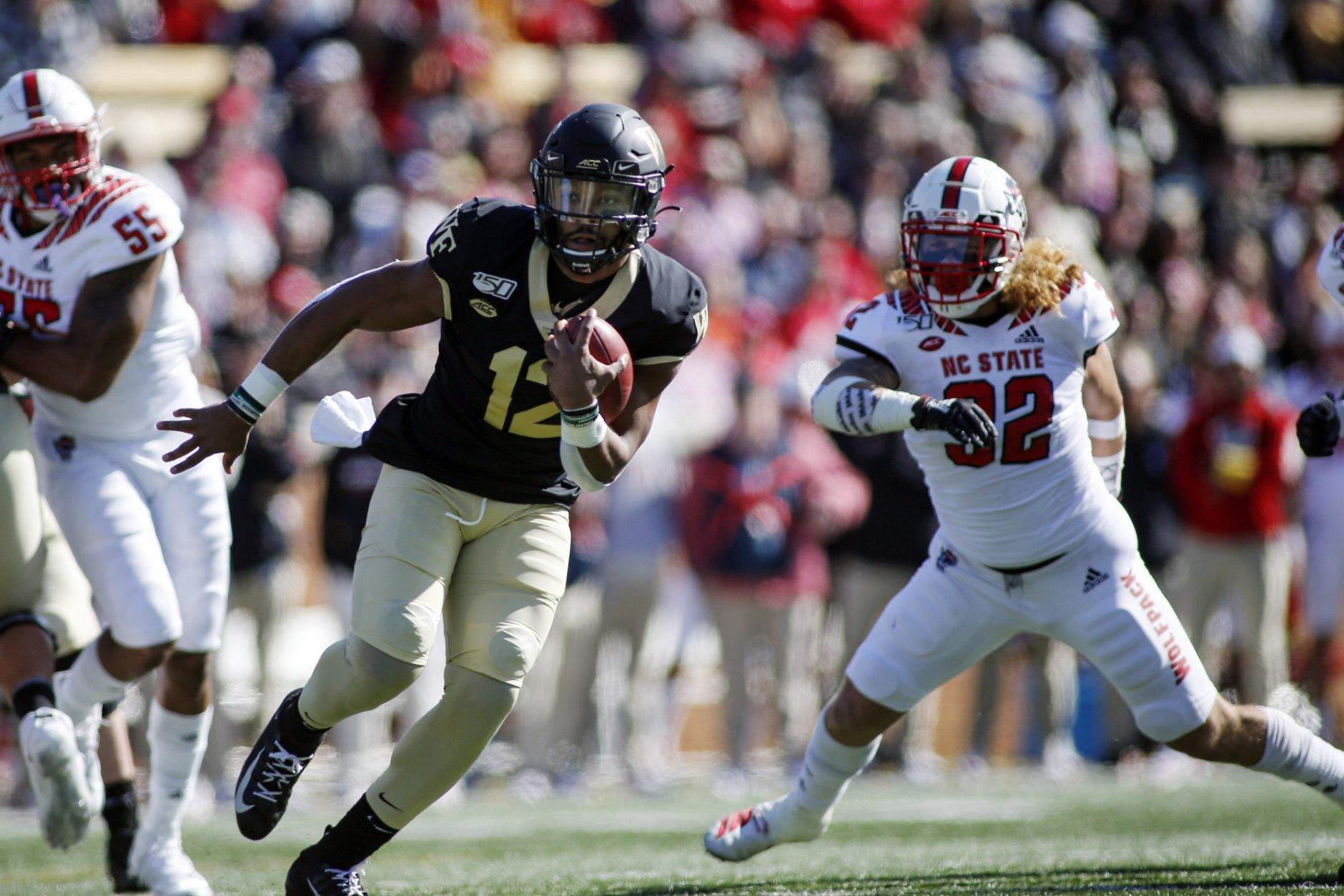 The ultimate outsider, Wake’s been hurt by a bad ACC that hasn’t afforded them many quality wins. Had Virginia Tech beaten Notre Dame last week, it would have lent a bit more juice to this weekend’s matchup. But it all comes down to a date at Clemson next week. Wake needs to win every game from here on out, and probably get an upset from one of the higher-rated conferences. But there’s still a path there. 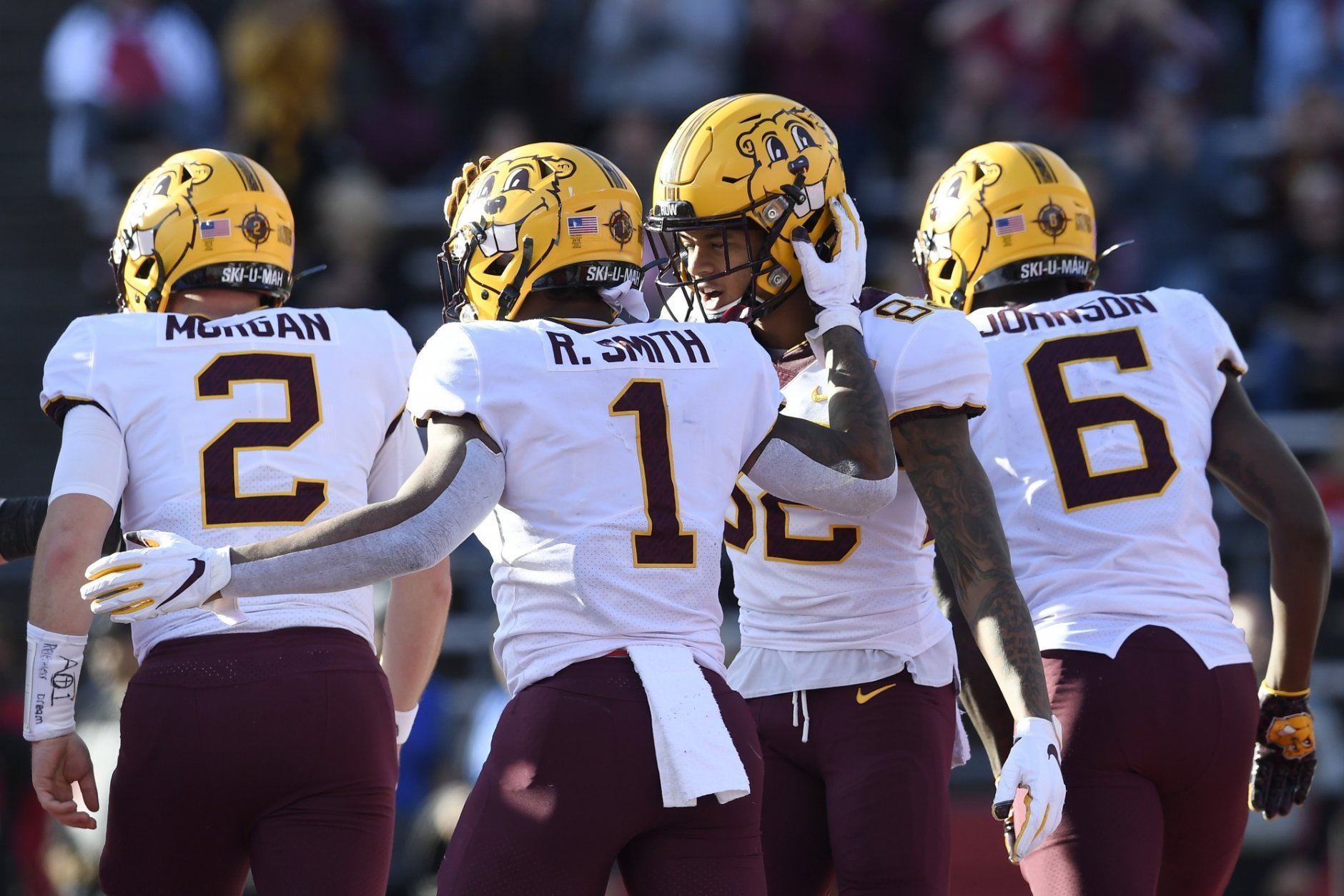 The lowest-ranked undefeated team remaining, the Gophers lack any true marquee wins. But they’ll certainly have the chance to change that, facing Penn State, Iowa and Wisconsin all this month. Win out, they’re in. Lose one of those games and they’ll still win the Big Ten West. Would that, plus a conference title be enough? 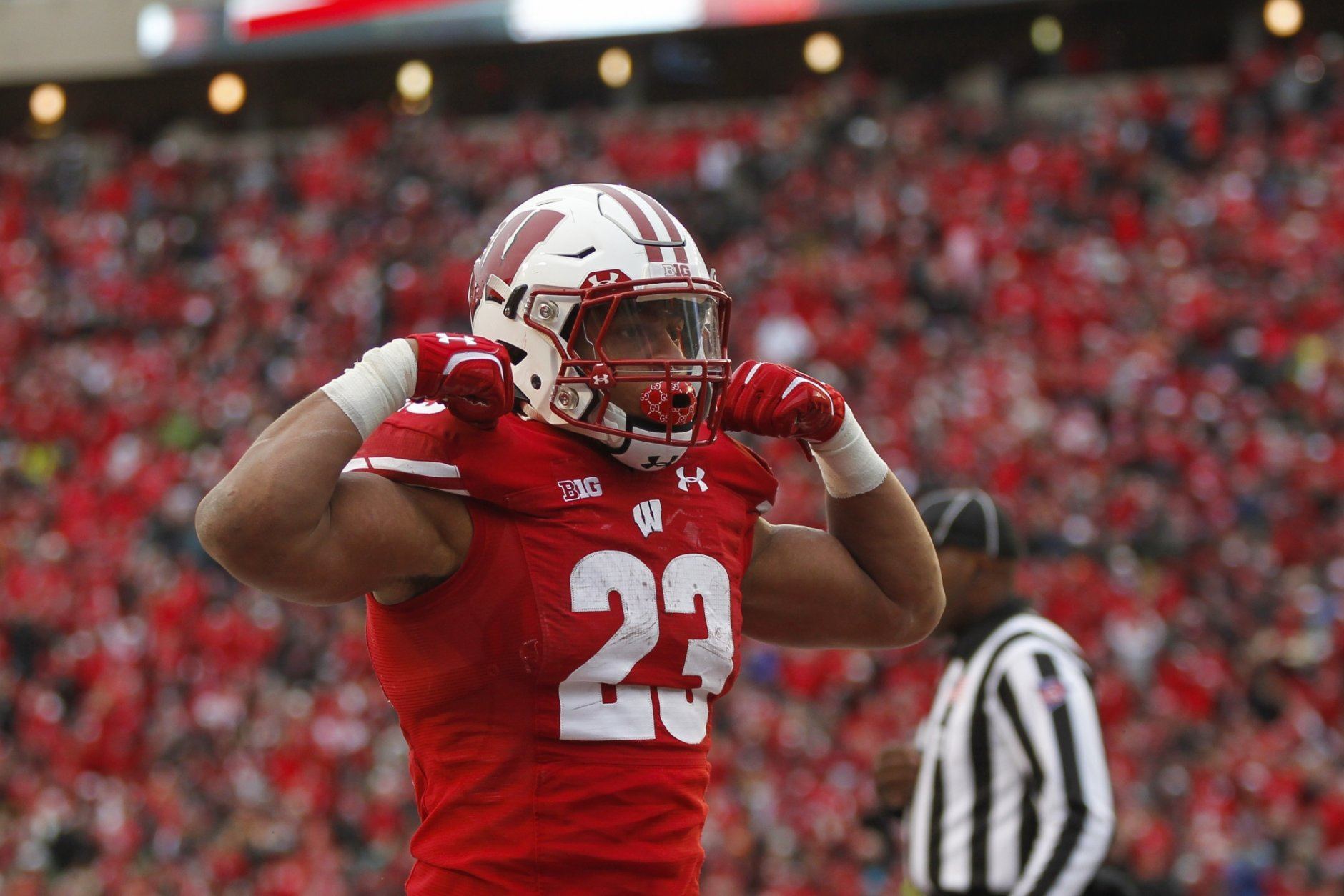 4/15
Wisconsin running back Jonathan Taylor celebrates a touchdown against Michigan State during the second half of an NCAA college football game Saturday, Oct. 12, 2019, in Madison, Wis. Wisconsin won 38-0. (AP/Andy Manis)

No. 13 Wisconsin (6-2): Win out, including vs. Iowa and at Minnesota, have Minnesota lose an additional game, win Big 10 title

Even if everything goes right for Wisconsin, coming off consecutive losses, there’s no guarantee this gets them in. But it’s at least possible. A rematch win over an undefeated Ohio State in the B1G title game would go a long way toward making voters forget about their 38-7 loss (not to mention the 24-23 face plant at Illinois). 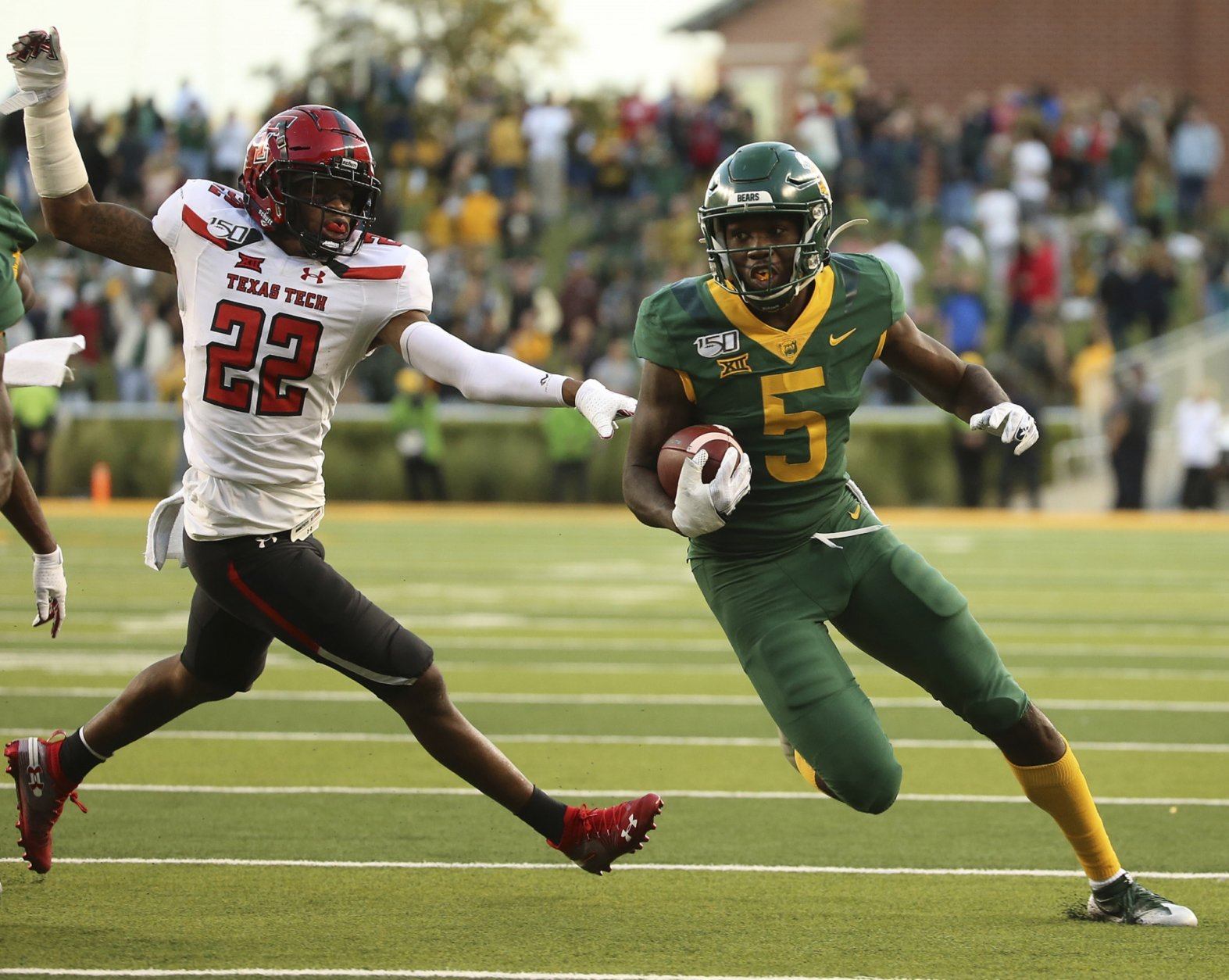 Greetings, Baylor, the first team on this list that needs no help to make the playoff. The undefeated Bears escaped a trap game pitfall against West Virginia, and now just need to avoid looking past a down-but-dangerous TCU squad before home dates with Oklahoma and Texas. They probably can’t afford any losses. If you squint hard enough, you can see a world where they lose a tight one to OU, then throttle them in the conference title game and snag a spot amid the wreckage. 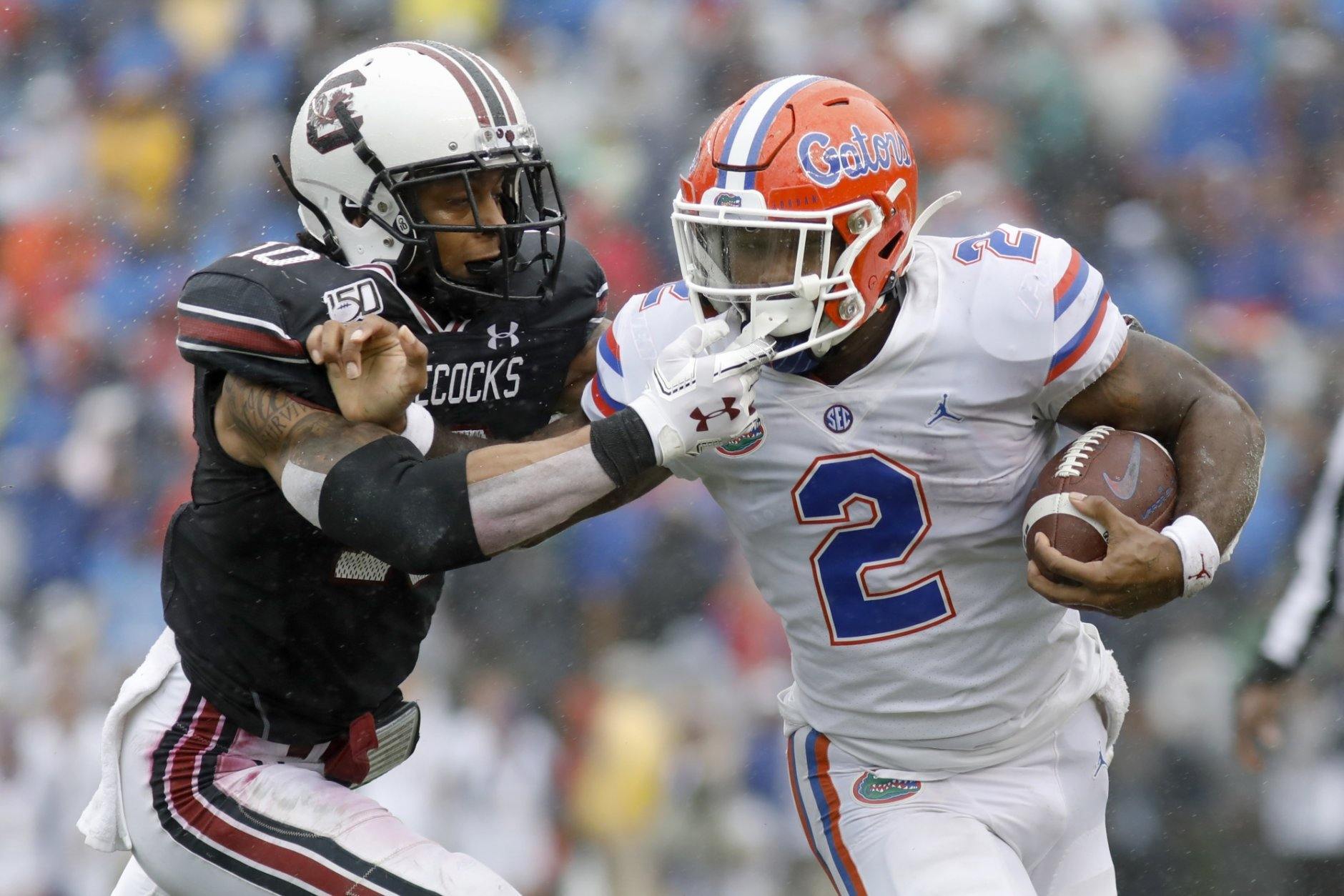 Florida’s chances became microscopic with its loss to Georgia last week. And while it’s tough to imagine the Bulldogs losing two of their final four games, doing so would keep the door ajar for the Gators. Run the table, then take down an undefeated Alabama or LSU in the title game? It’s not likely, but it’s possible. 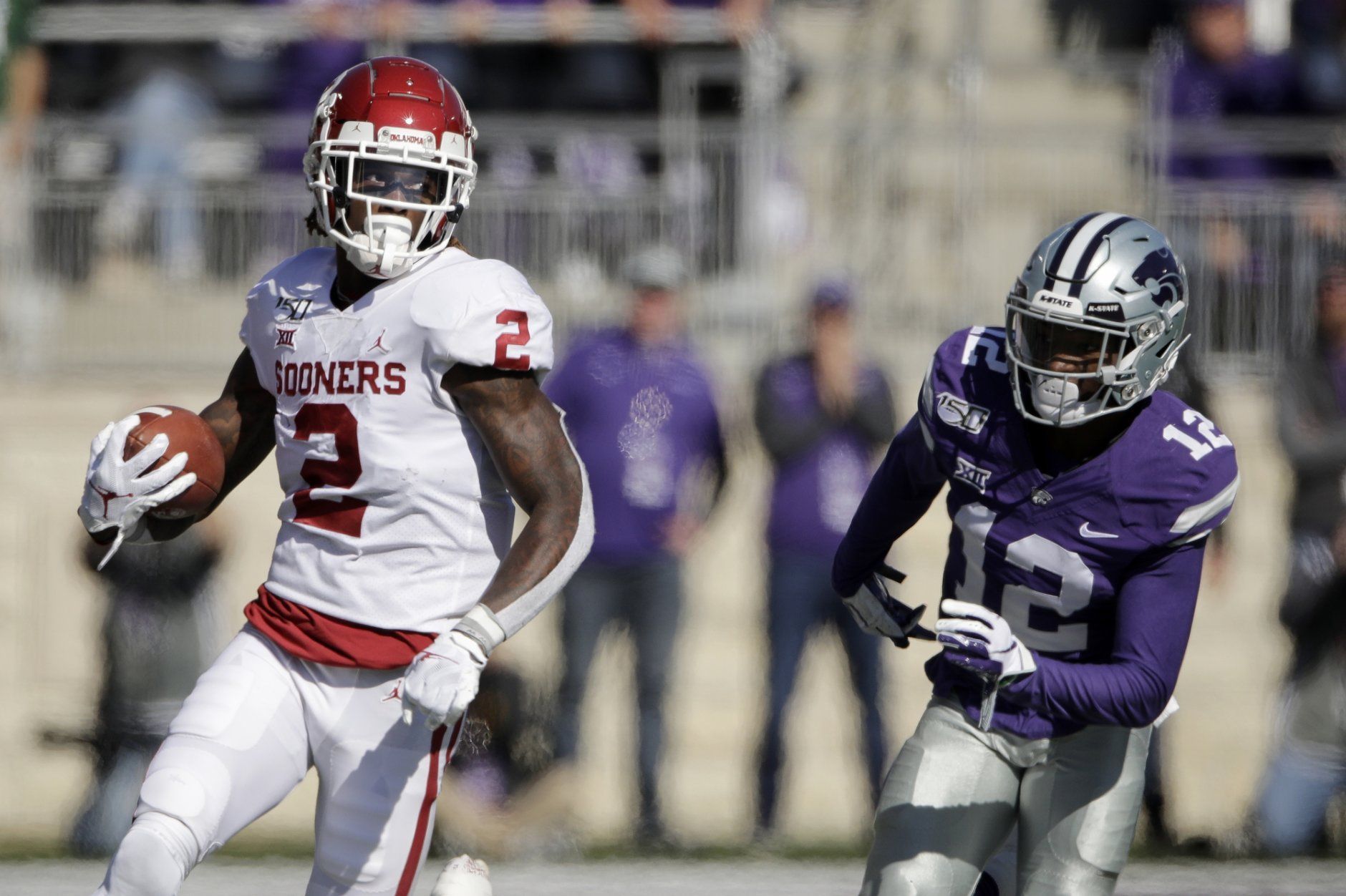 7/15
Oklahoma wide receiver CeeDee Lamb (2) gets past Kansas State defensive back AJ Parker (12) to run the ball during the first half of an NCAA college football game Saturday, Oct. 26, 2019, in Manhattan, Kan. (AP/Charlie Riedel)

OU was rolling until the stumble in Manhattan, Kansas, but the Sooners still control their own Big 12 destiny. They’ve got Baylor looming in Waco in two weeks and Bedlam in Stillwater to end the regular season. If they beat the Bears twice, they’ll be a popular one-loss conference champion pick. 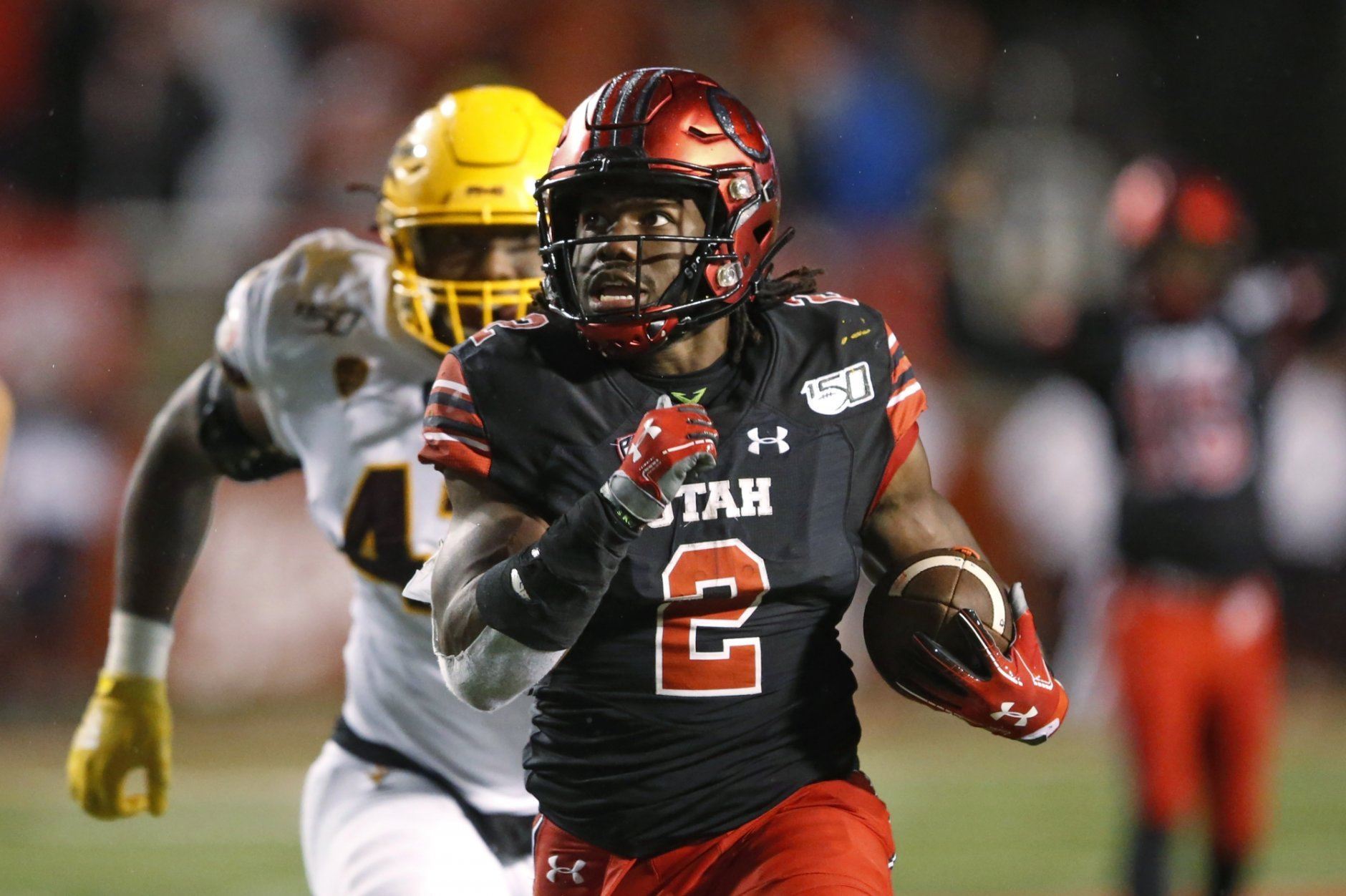 8/15
Utah running back Zack Moss (2) heads for a touchdown against Arizona State during the second half of an NCAA college football game Saturday, Oct. 19, 2019, in Salt Lake City. (AP/Rick Bowmer)

The Utes, and the Ducks just ahead of them, are in the same spot. There’s no margin for error, though, like Oregon, Utah has little meat left on its schedule. These two seem like they’re on a collision course for the conference title game. If they each get there with one loss, it’s hard to imagine the committee shutting out the conference once again. 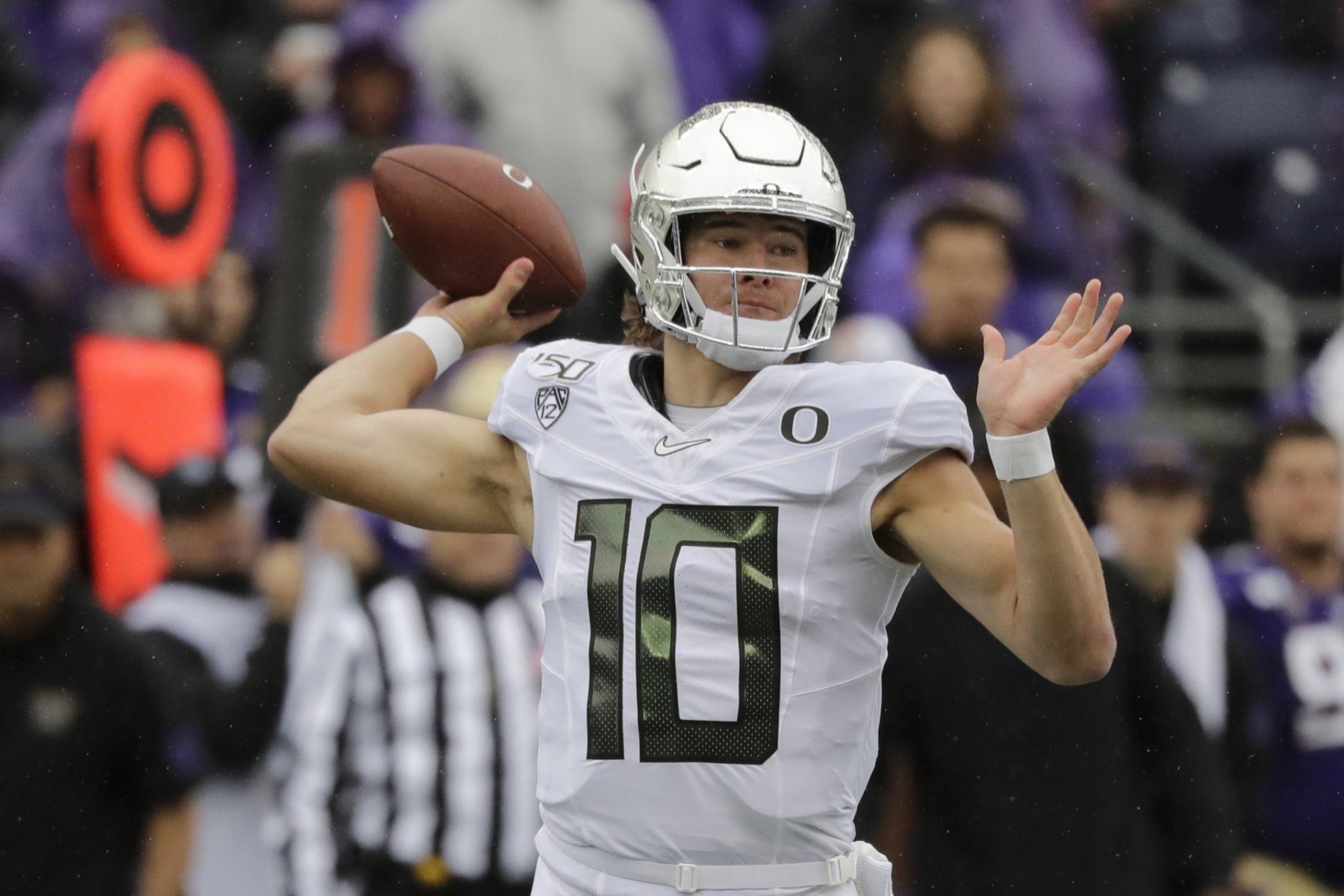 9/15
Oregon quarterback Justin Herbert passes against Washington in the first half of an NCAA college football game Saturday, Oct. 19, 2019, in Seattle. (AP/Elaine Thompson)

With the early loss to Auburn (in a game the Ducks should have won), there is no margin for error. A statement win at USC helps, but Oregon doesn’t play another ranked team until, they hope, a one-loss Utah in the conference championship game. Unless all that happens, they’ll need some help from above to make room in the final four. 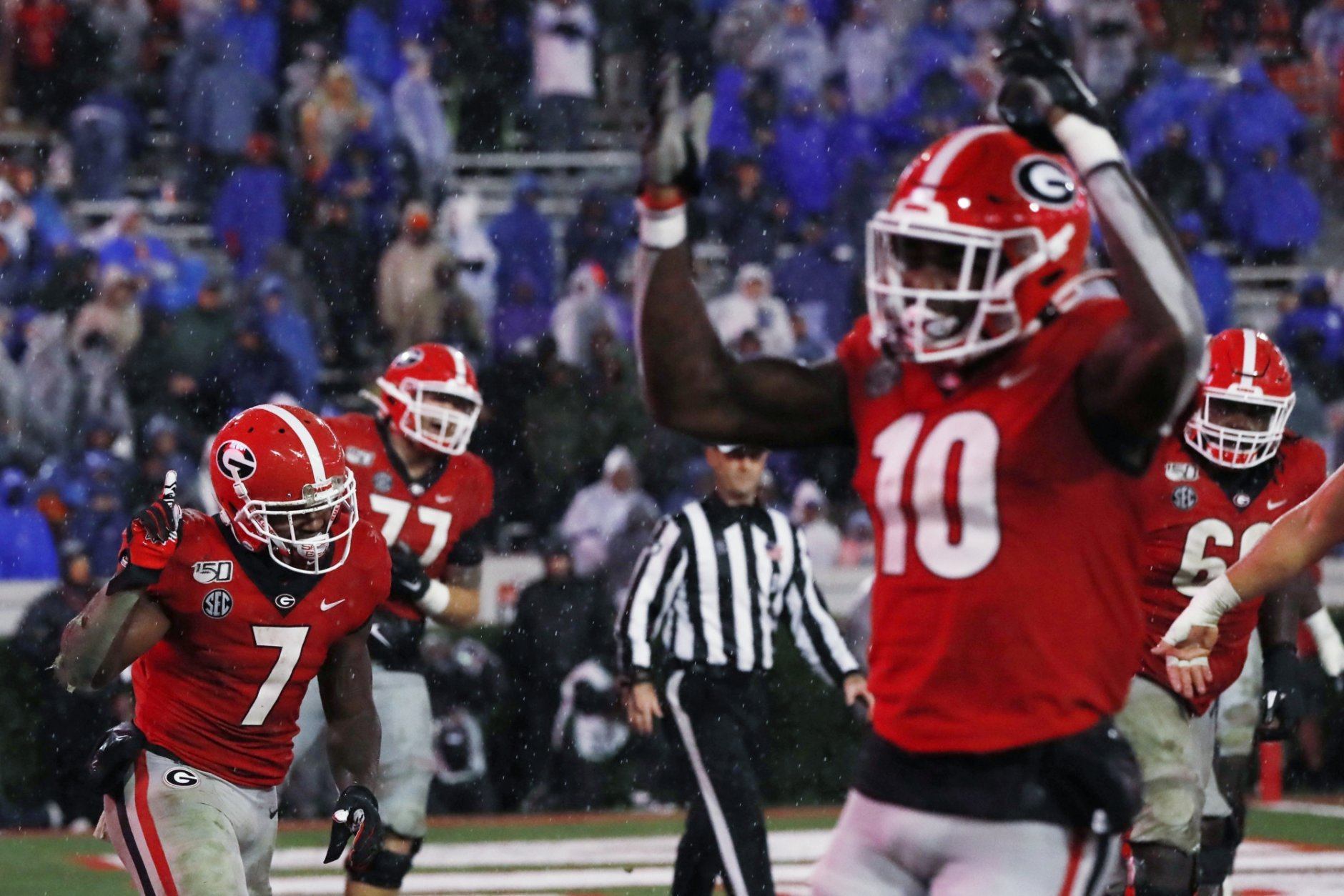 Everything is right in front of Georgia to make the playoff. Blessed with a schedule that avoided both Alabama and LSU in the regular season, even with the slip-up against South Carolina, the Bulldogs have a clear path in the SEC East. They’ll have one more shot at a potential Top 10 win at Auburn in two weeks, potentially putting them on a path to the conference championship. Knock off the SEC West champ, and they’re in. 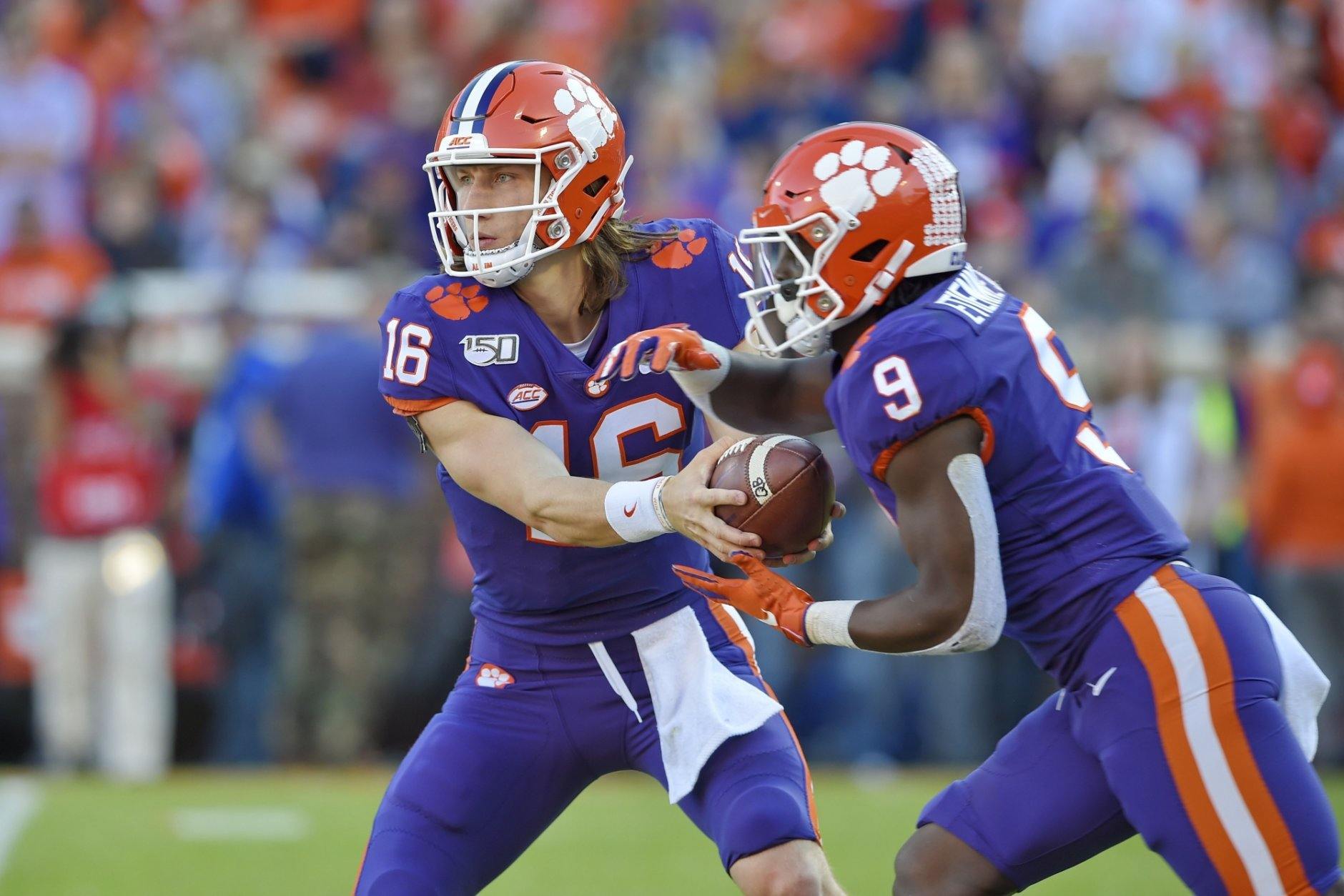 11/15
Clemson’s Trevor Lawrence, left, hands the ball off to Travis Etienne during the first half of an NCAA college football game against Wofford, Saturday, Nov. 2, 2019, in Clemson, S.C. (AP/Richard Shiro)

Who would have guessed that the Clemson-Wake Forest game might determine the playoff fate of the ACC? With no viable playoff challenger in the Coastal, the winner of that game won’t have a resume-boosting chance in the title game. Could Clemson get in despite a loss at NC State or South Carolina? Maybe, but their initial positioning makes that seem unlikely, unless they get some serious help. 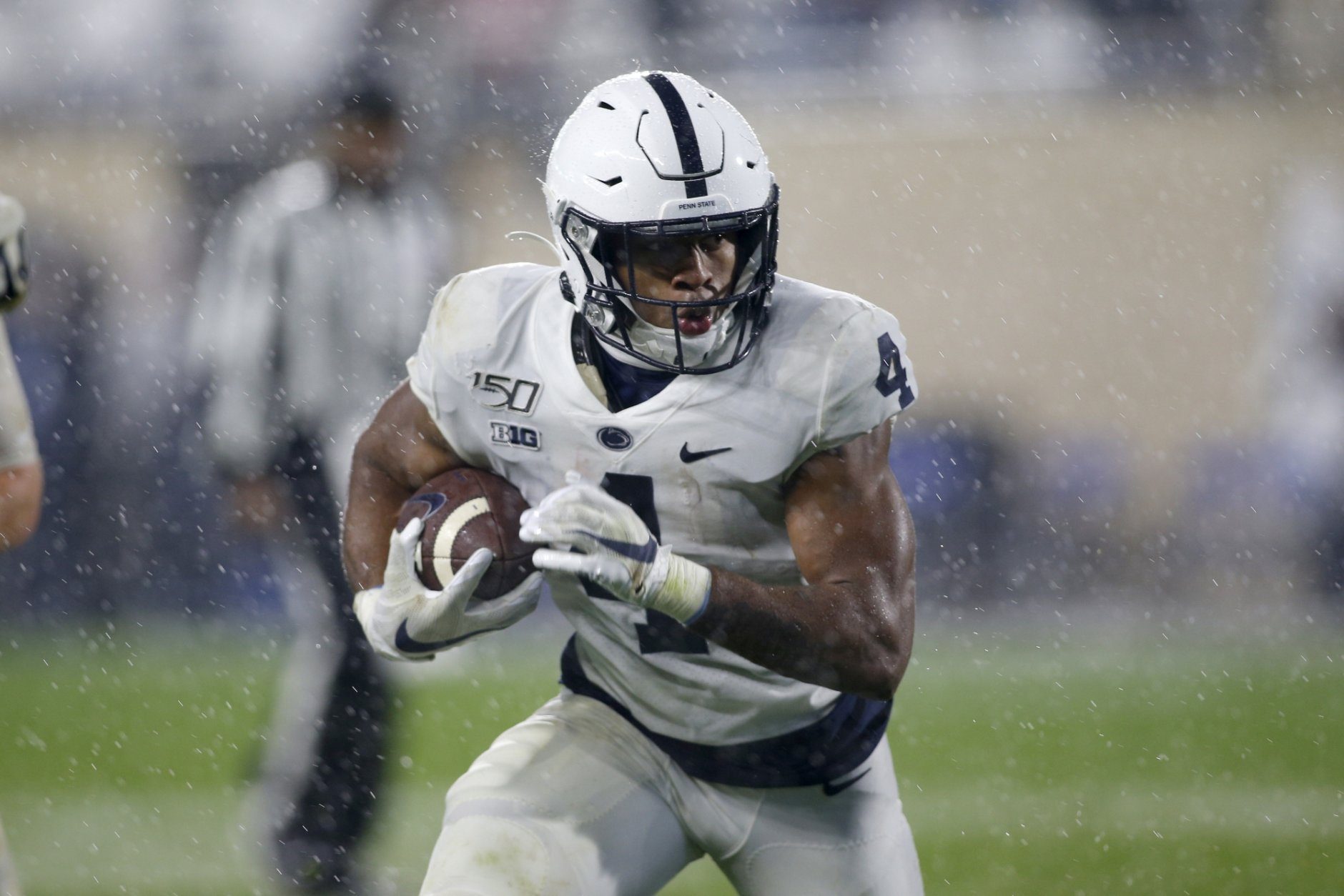 Penn State might actually be in the best shape of any team to be able to lose a game and still control its own destiny. Even if the Nittany Lions fall at Minnesota Saturday, they can still win the Big Ten East and earn a likely rematch with the Golden Gophers in the title game. If they do that, they’ll be a one-loss conference champ with wins over all the other top teams in the conference. If they beat Minnesota now, but lose in the title game, their road gets murkier. 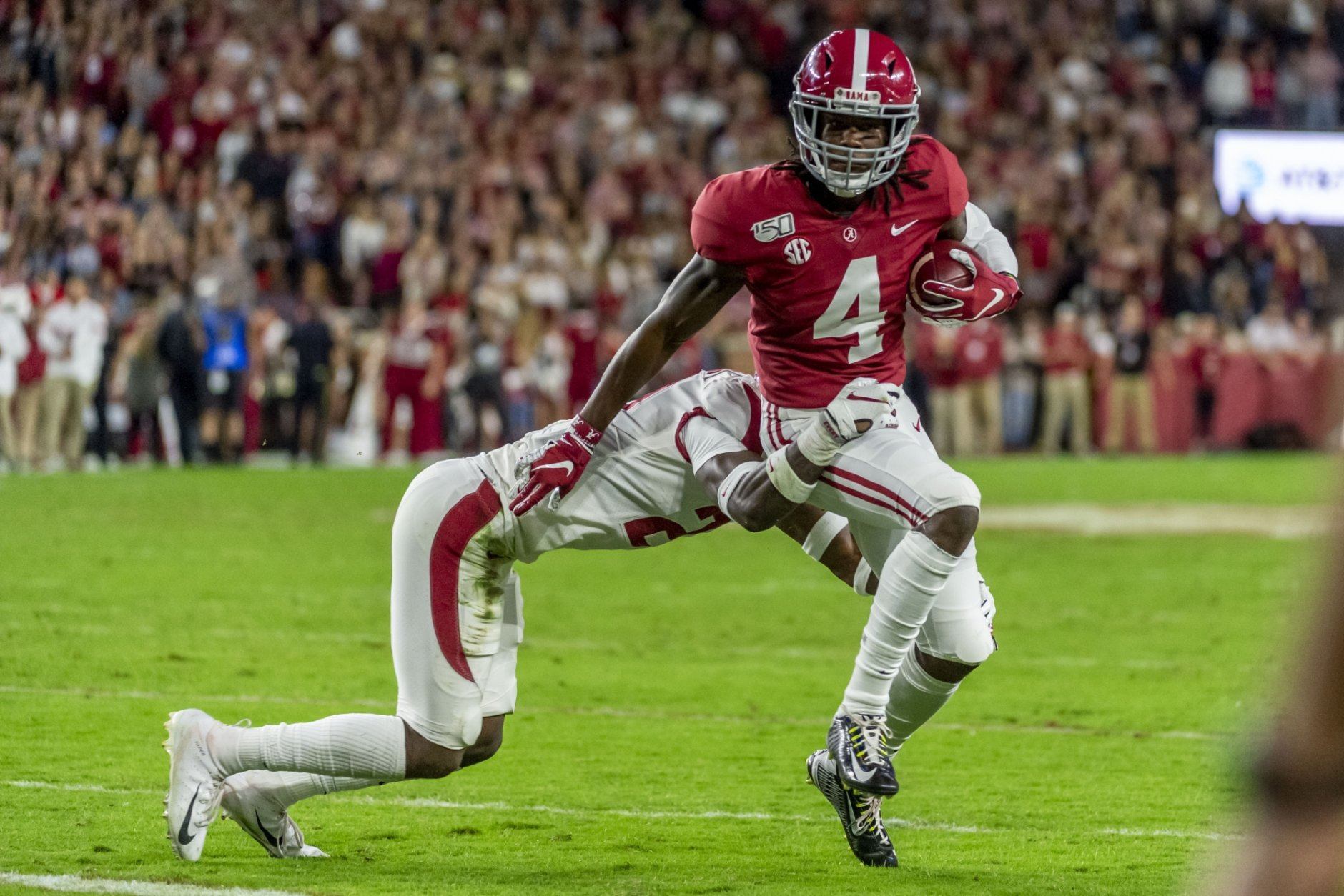 13/15
Alabama wide receiver Jerry Jeudy (4) eludes Arkansas defensive back Montaric Brown (21) to break free for a touchdown reception during the first half of an NCAA college football game, Saturday, Oct. 26, 2019, in Tuscaloosa, Ala. (AP/Vasha Hunt)

It doesn’t matter that the Crimson Tide are in third, instead of second, in the initial rankings. Alabama’s season ultimately comes down to this weekend’s home matchup with LSU. Lose that, and it’s hard to see how they get in. Win, and even an Iron Bowl loss wouldn’t be deadly. They could still take down Georgia or Florida big in the title game and get in with one loss. 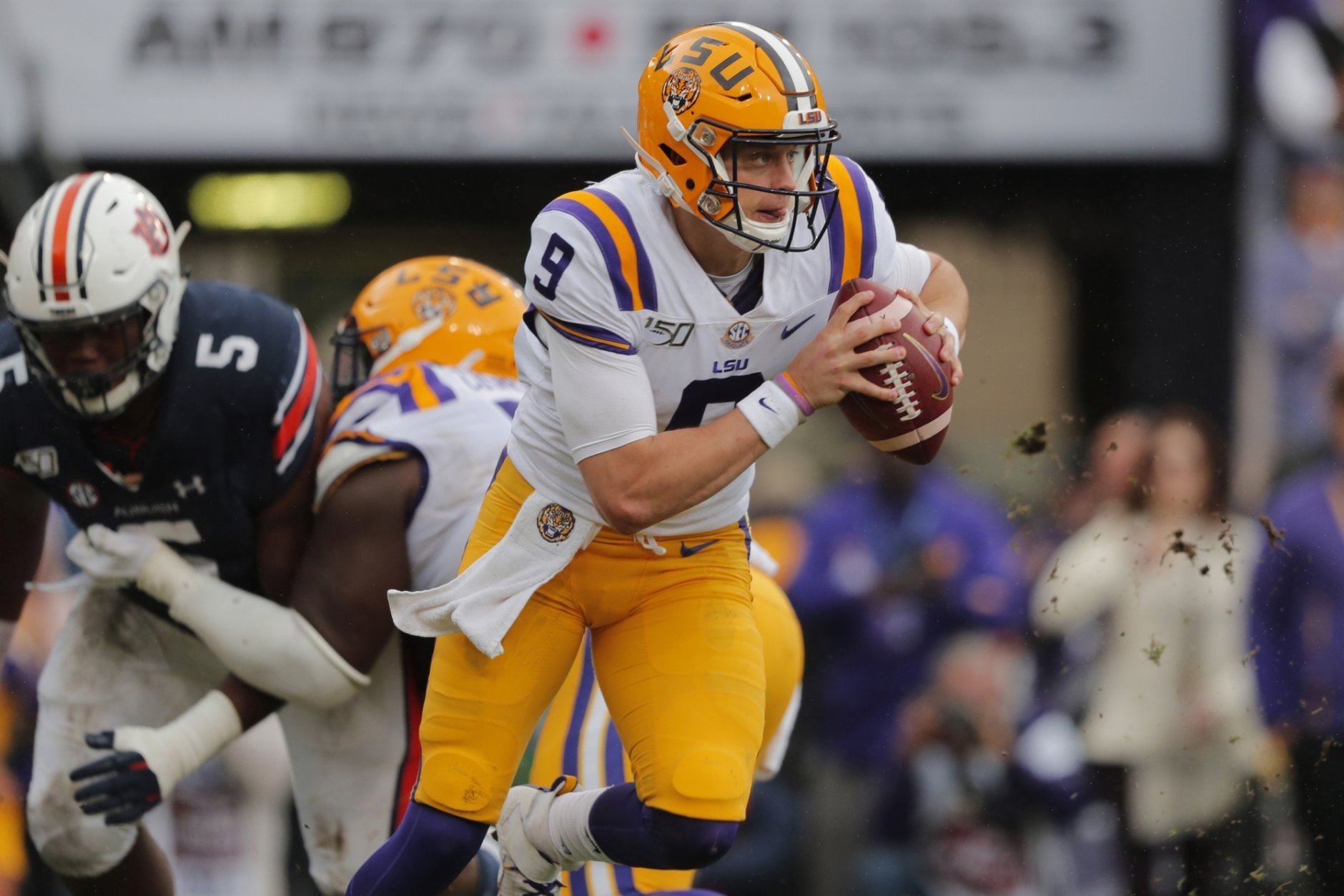 There’s a chance, like ‘Bama, that LSU could get away with losing Saturday’s matchup, but it would rest on a lot of other things going haywire. If the Tigers can beat the Crimson Tide, they’ll control the path to the SEC West title, even with an unlikely slip-up in the final three weeks. Either as an undefeated or one-loss SEC champ, they’re in. 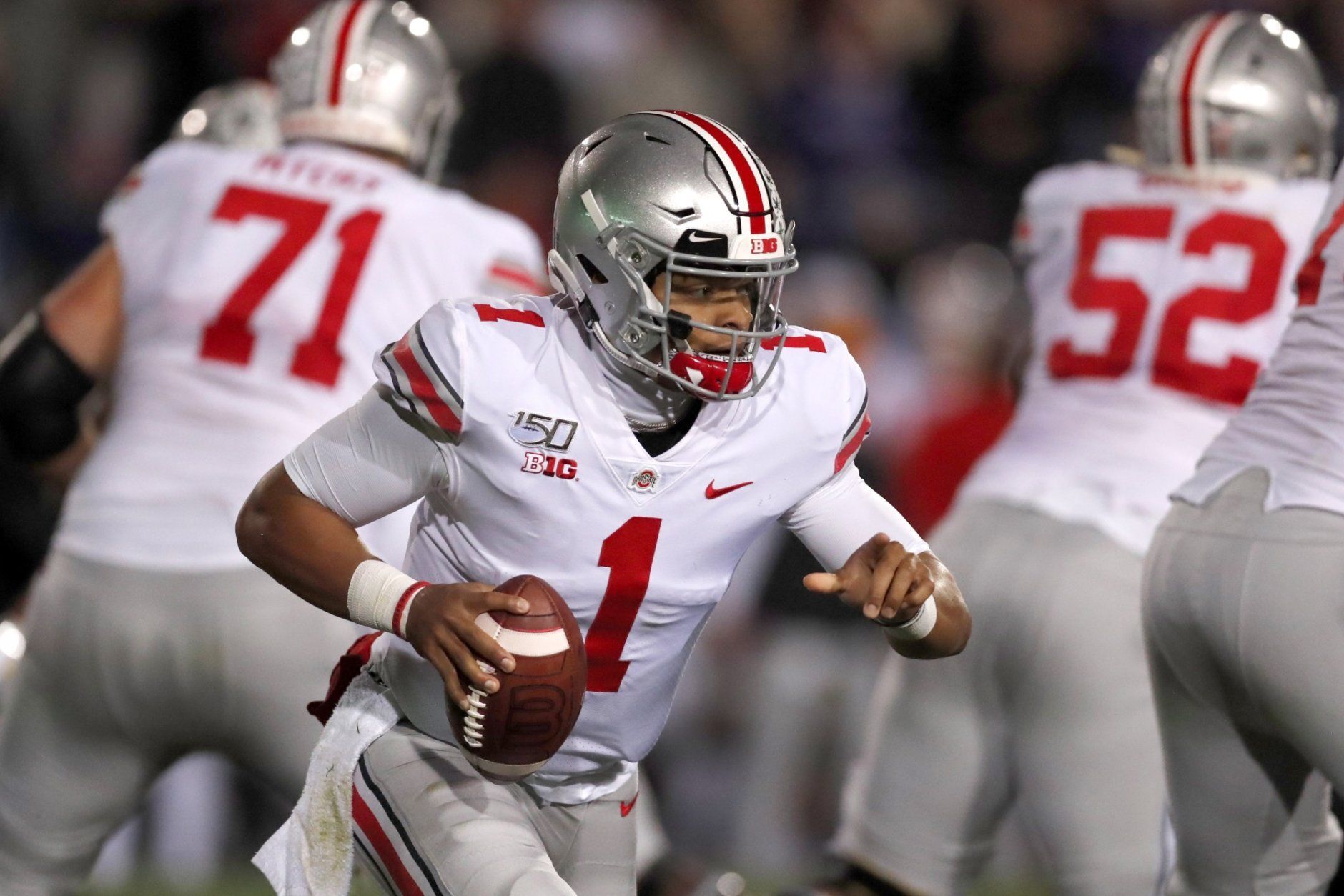 Even with a regular season-ending loss at the Big House, if Ohio State can beat Penn State the week before, they’ll control their own destiny. An undefeated Ohio State team that loses the conference championship game could still have a shot, though it would be hard to take them over, say, an undefeated (or even one-loss) B1G champ Minnesota. In that scenario, they might need chaos elsewhere.