What’s been dubbed “the world’s smallest car museum” is back on the National Mall, bringing a pair of vehicles to D.C. that are one-of-kind pieces of American history. 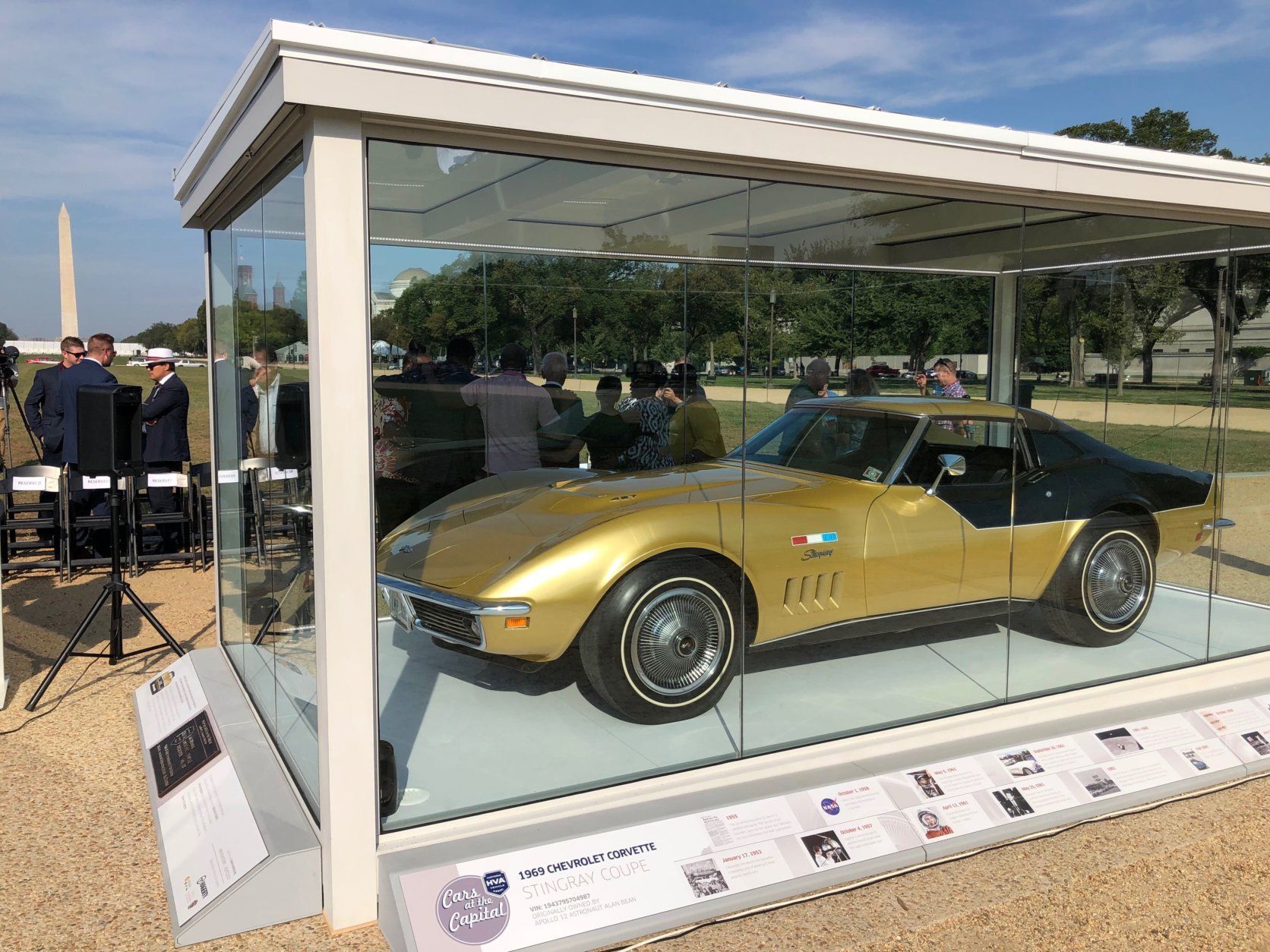 1/6
This Corvette Stingray was once driven by astronaut Alan Bean, the fourth person to walk on the moon.

On display in the glass enclosure between the National Gallery of Art and the National Air and Space Museum is a 1969 Chevrolet Corvette Stingray that was driven by Apollo 12 astronaut Alan Bean, the fourth human to walk on the moon. 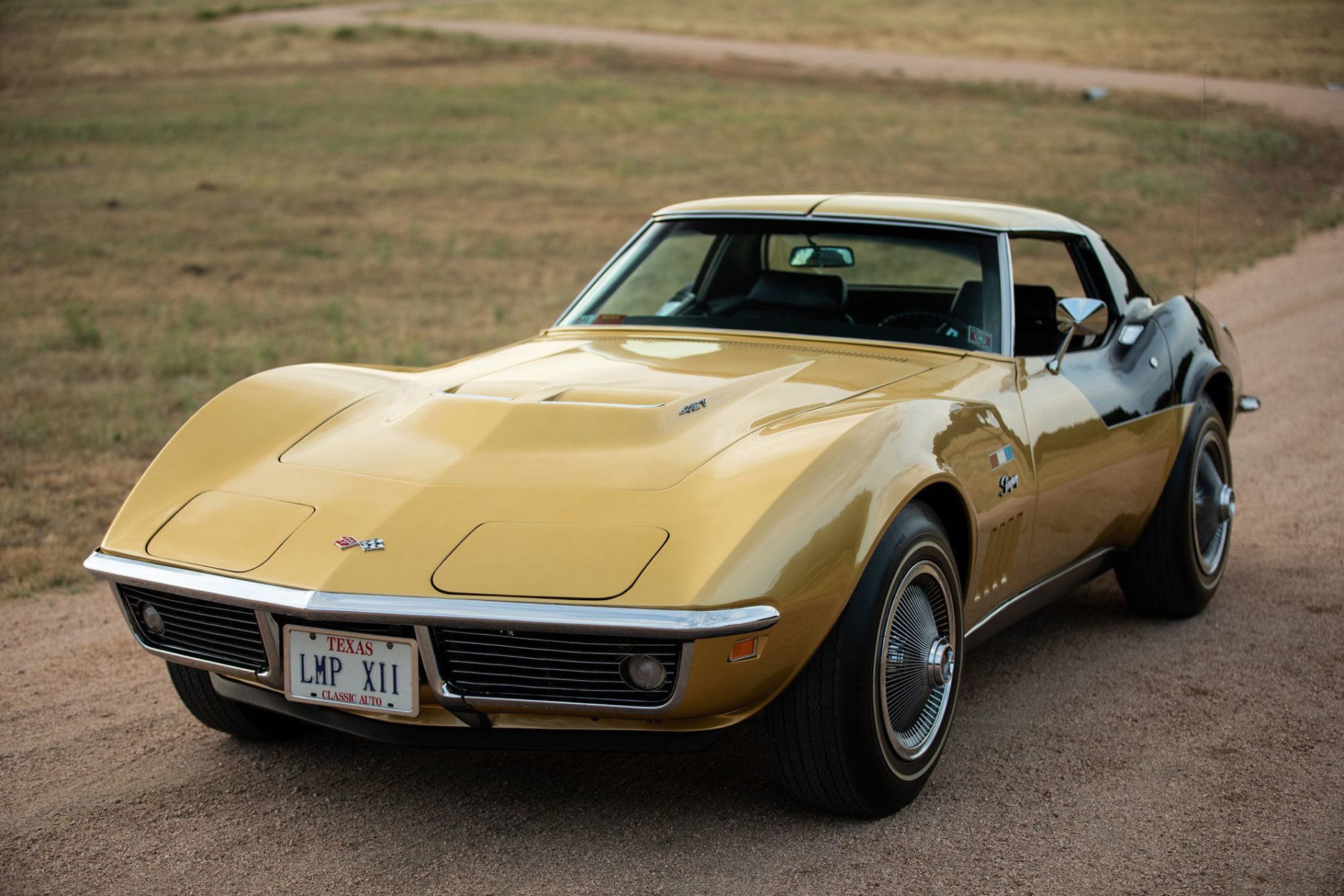 2/6
This sports car driven by astronaut Alan Bean will be on display at the National Mall.

“At the time GM had a program: for a dollar a year, any astronaut could lease any car,” said Diane Parker, with the Historic Vehicle Association. “Bean and his two comrades from Apollo 12 decided on the Corvette Stingray, and they actually decided on the paint scheme that you see here.” 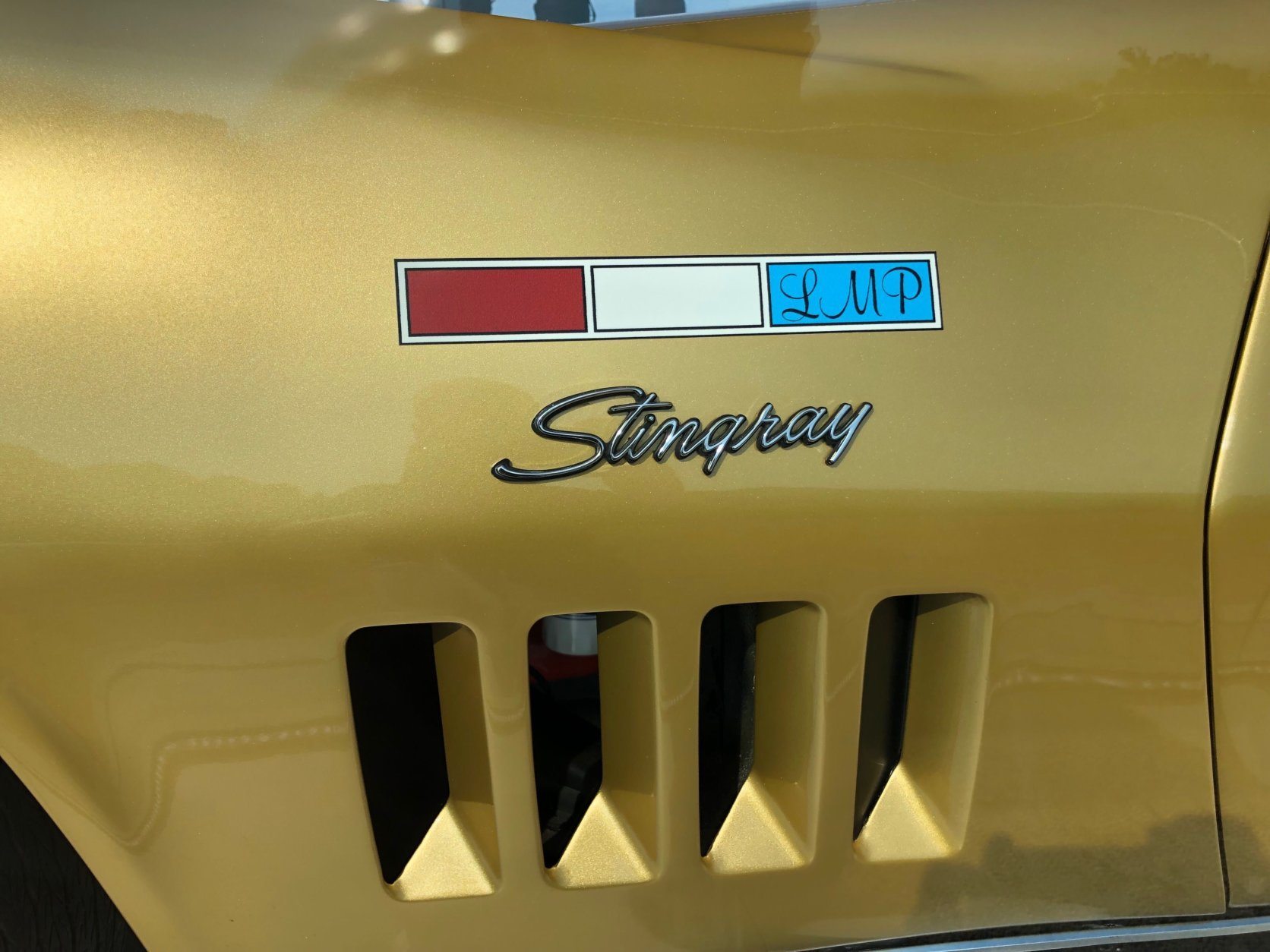 3/6
The paint scheme for this Corvette Stingray was chosen by its former owner Alan Bean, a U.S. astronaut. LMP stands for Lunar Module Pilot, which was Bean’s assignment on his moon mission.

That black-on-gold scheme includes red, white and blue emblems on the front fenders.

The car on display is believed to be the only one still in existence. Its current owner Danny Reed, estimates it to be worth “seven figures.” (He bought the car in 1971, after finding it on a used car lot in Austin, Texas, for $3230.)

The Corvette will be on display through Sept. 19. 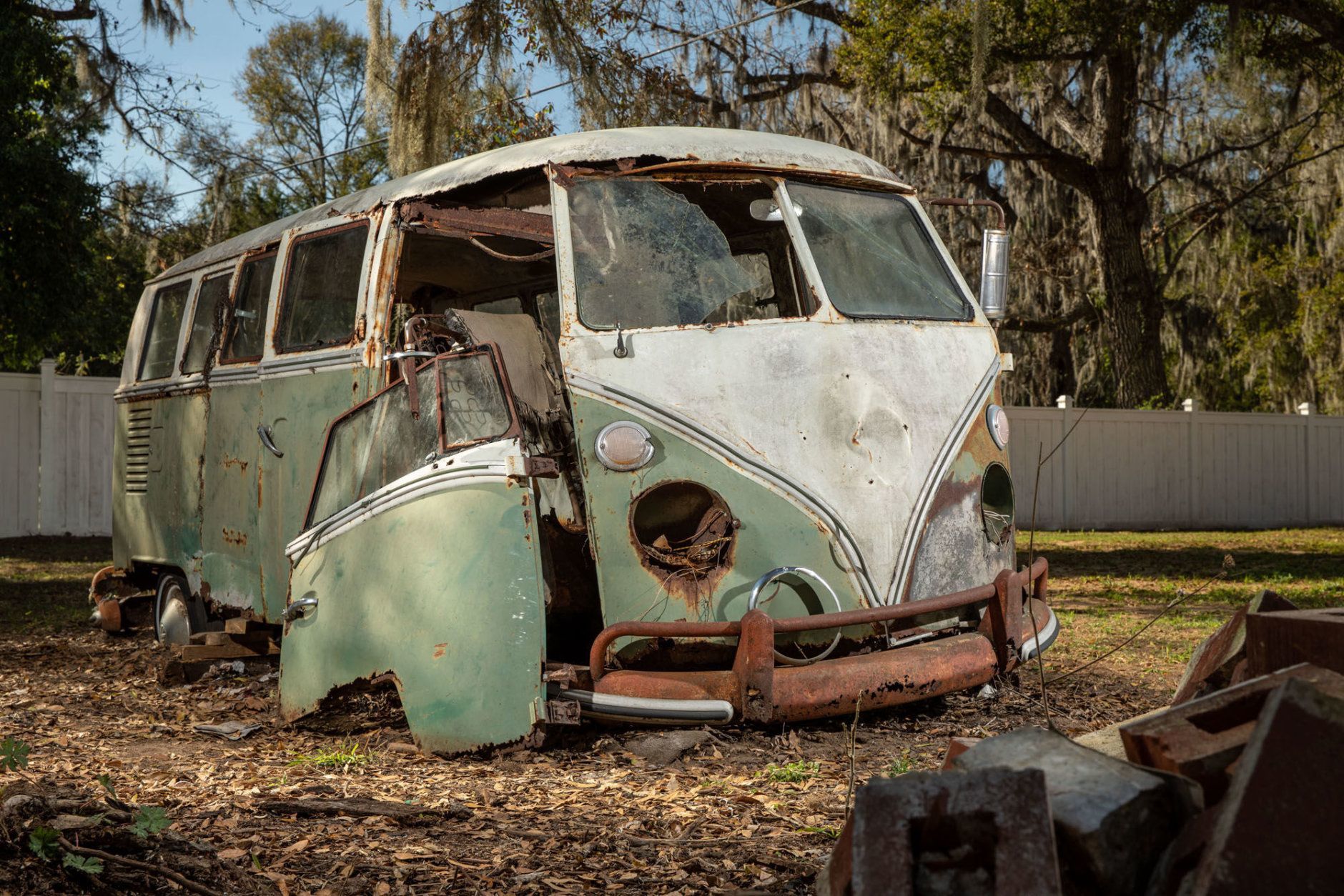 4/6
This Volkswagen Microbus was owned by Civil Rights figures Esau and Janie B. Jenkins.

A 1966 Volkswagen Microbus owned by Civil Rights figures Esau and Janie B. Jenkins will be on display in the enclosure from Sept. 20 to Sept. 27. 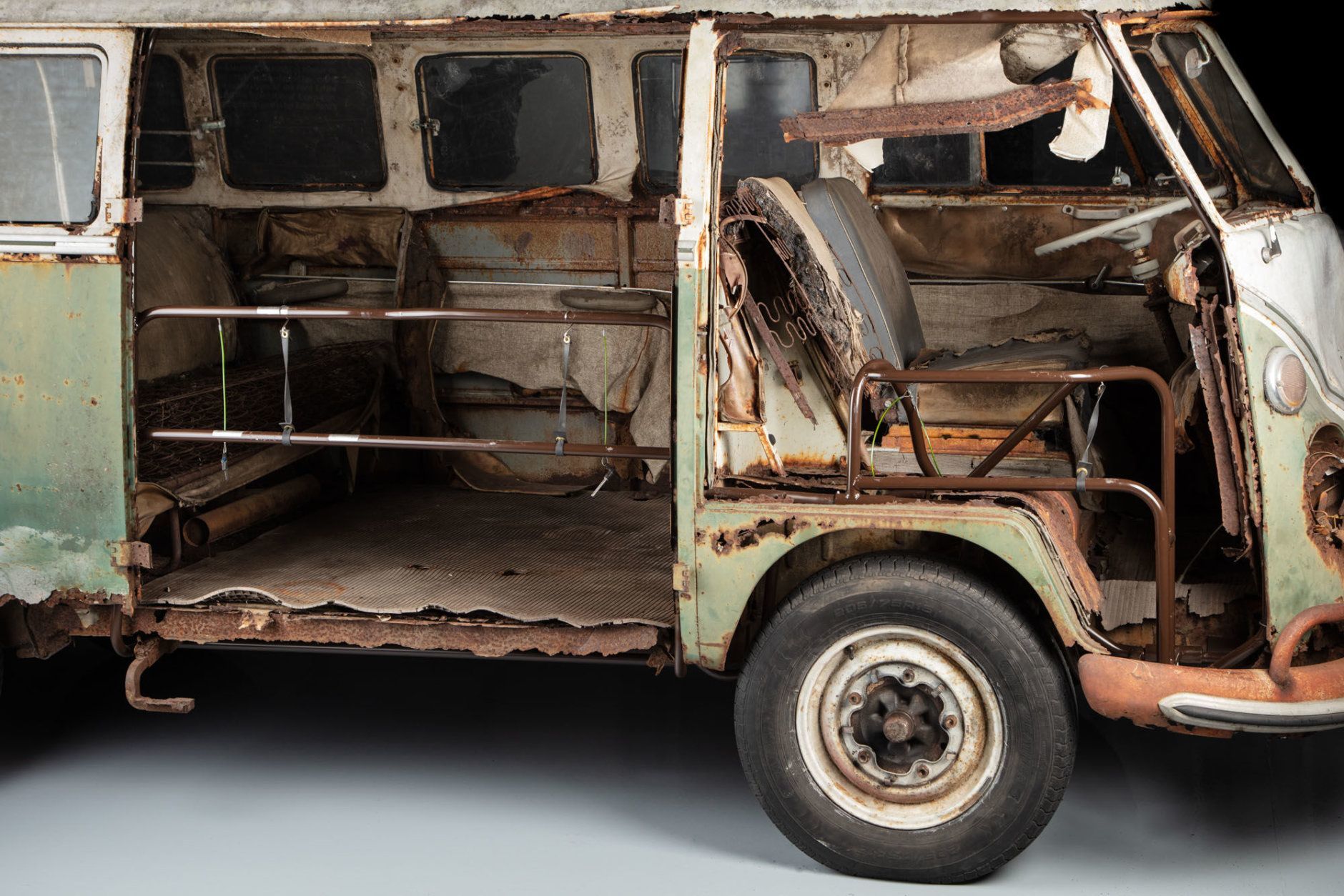 5/6
The Vokswagen Microbus with a storied past will be on display on the National Mall.

“They were pioneers in the civil rights movement for Johns Island, South Carolina, and beyond,” Parker said. “They actually obtained a fleet of larger buses, and they would transport African Americans from the island … into Charleston for work. But during that ride they would teach them about the Declaration of Independence and the things that they needed to know in order to pass a test so they could vote.” 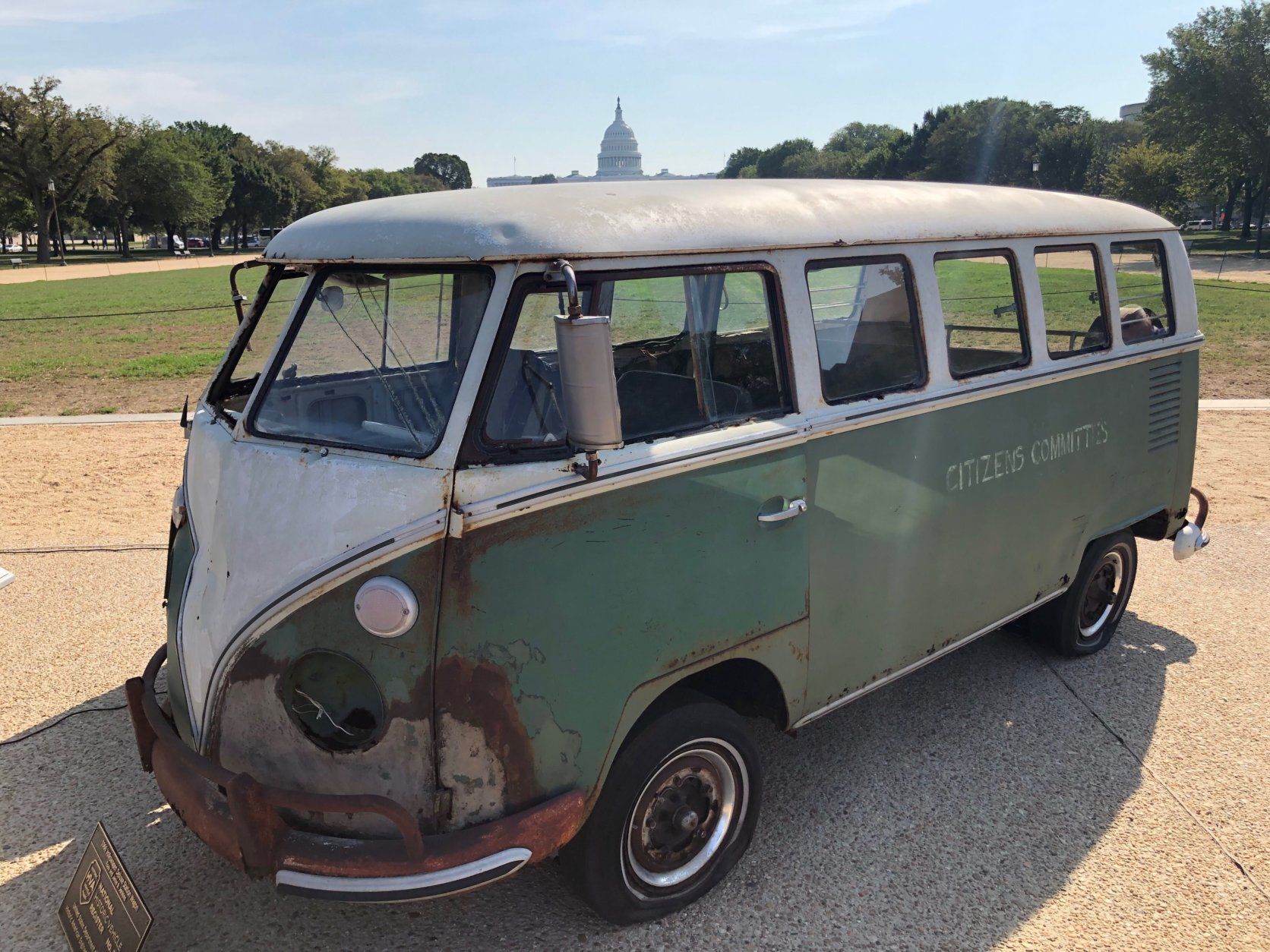 6/6
From Sept. 20 to Sept. 27, visitors on the National Mall can learn what role this Volkswagen Microbus played in the Civil Rights movement.

The Corvette and Volkswagen are part of the National Historic Vehicle Register program, which is a partnership between the Historic Vehicle Association and the U.S. Department of the Interior.

Details about the historically significant vehicles are permanently archived in the Library of Congress. Twenty-six vehicles are now on the National Historic Vehicle Register.

Helena Zinkham of Library of Congress said the program helps lead people to material they otherwise might not have come across, “so the car-lovers get introduced to history, and the history people, like me, get introduced to cars,” she said.