Maybe you rocked out or swooned to Elvis Presley, or maybe your parents or your grandparents did.

He topped the music charts starting in the 1950s, 1960s and 1970s with hits that included “Love Me Tender,” “Blue Suede Shoes” and “Suspicious Minds.”

Elvis changed pop culture in the U.S., from his swiveling hips to his movies to his bell-bottomed jumpsuits.

Tens of thousands turned out at his Graceland estate in Memphis, Tennessee after he died.

See photos from his life below. 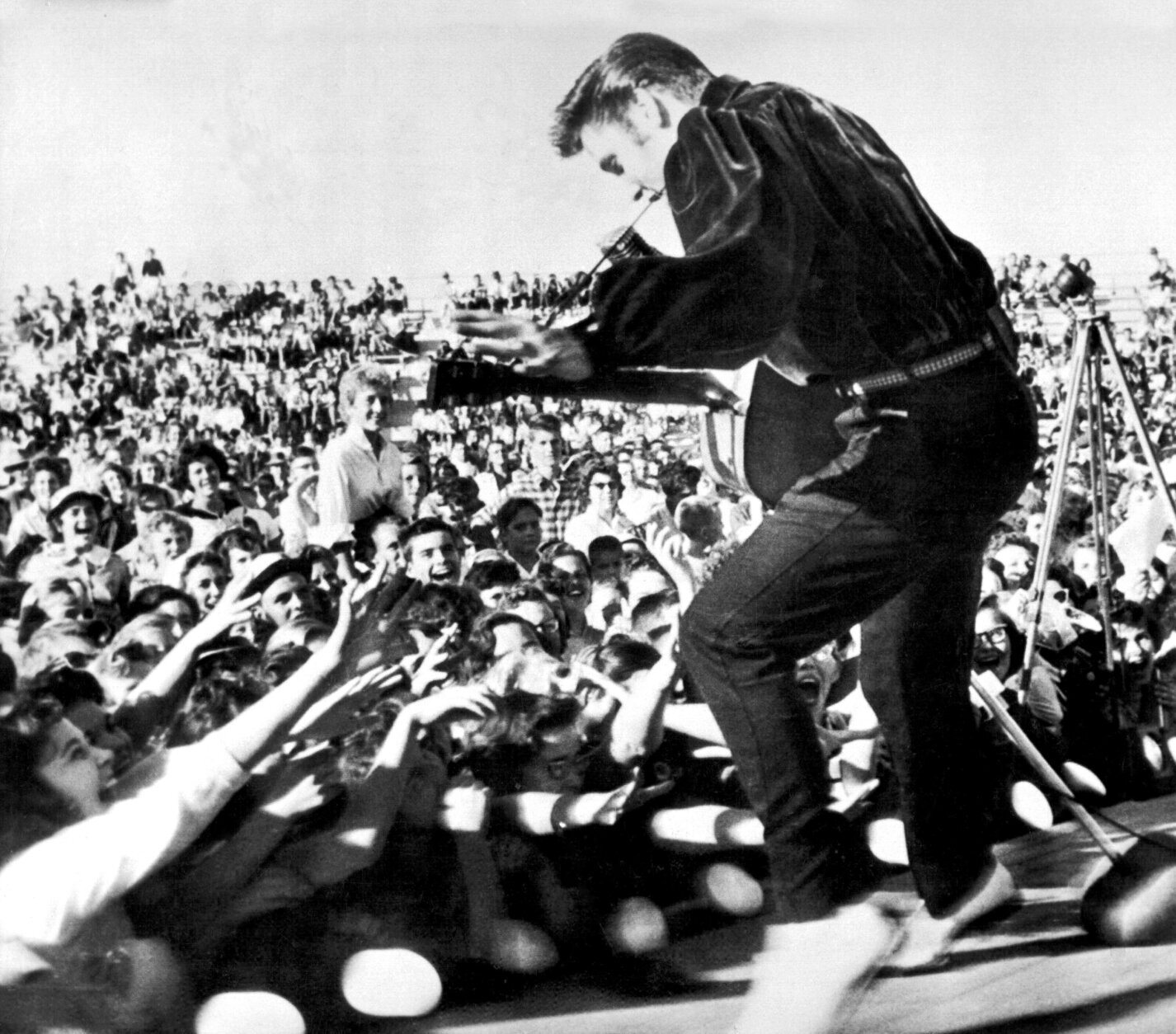 1/13
Rock and roll singer Elvis Presley performs outside to adoring fans on Sept. 26, 1956 in his hometown of Tupelo, Mississippi. (Photo by Michael Ochs Archives/Getty Images) 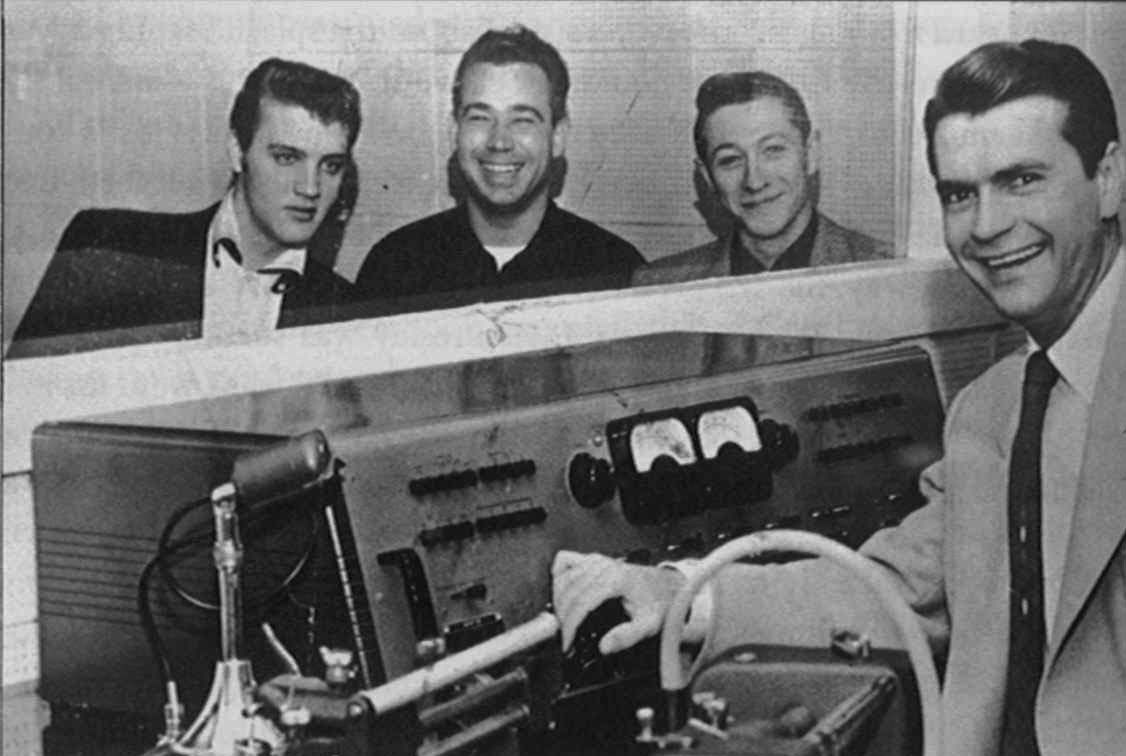 2/13
In this photo released by Sun Records, Elvis Presley, left, with, from second from left, bass player Bill Black, guitarist Scotty Moore and Sun Records and Memphis Recording studio head Sam Phillips, are shown during a break from a recording session in Memphis in 1954. Presley cut his first records in the studio owned by Florence, Ala., native Phillips. (AP Photo/The Daily Times, File) 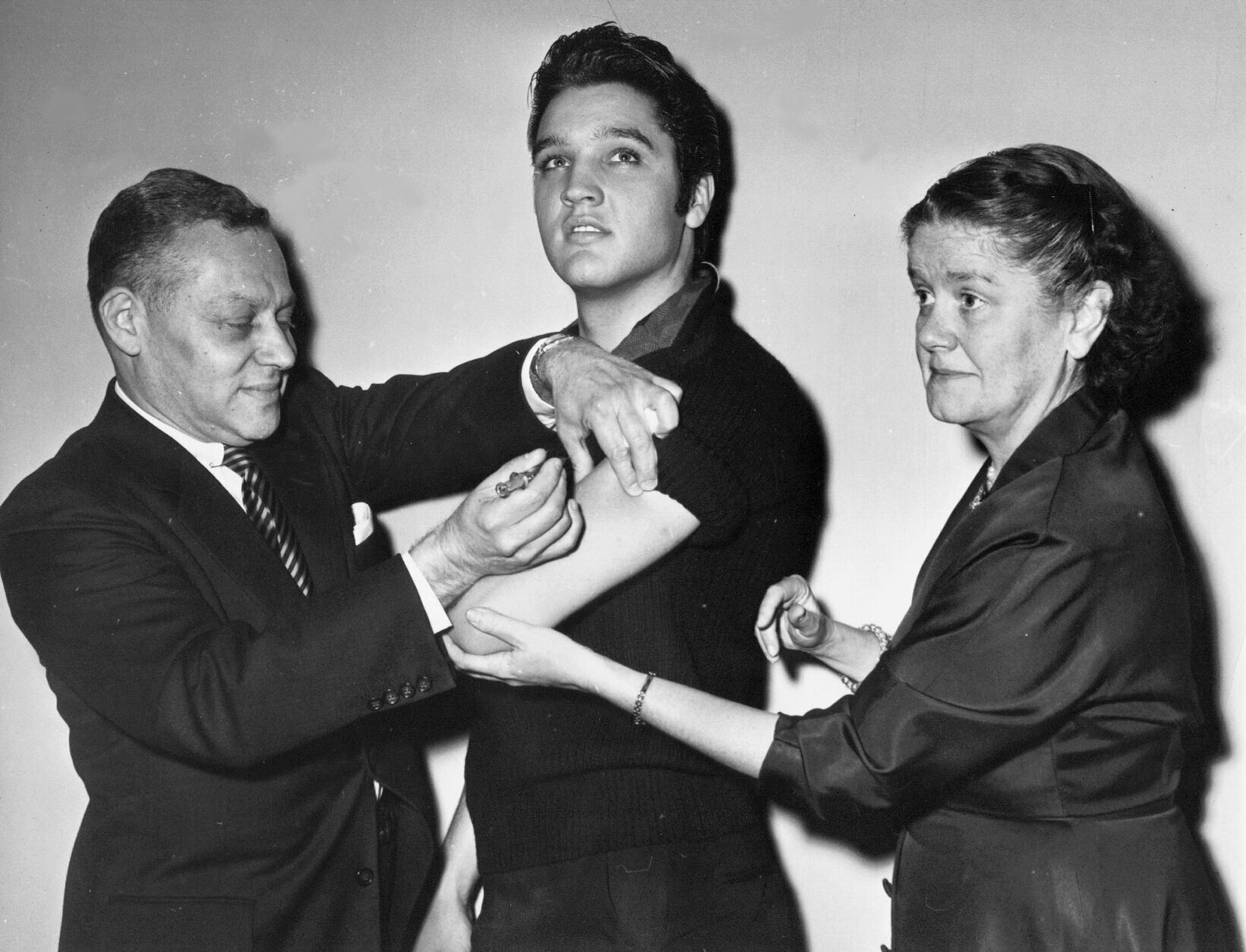 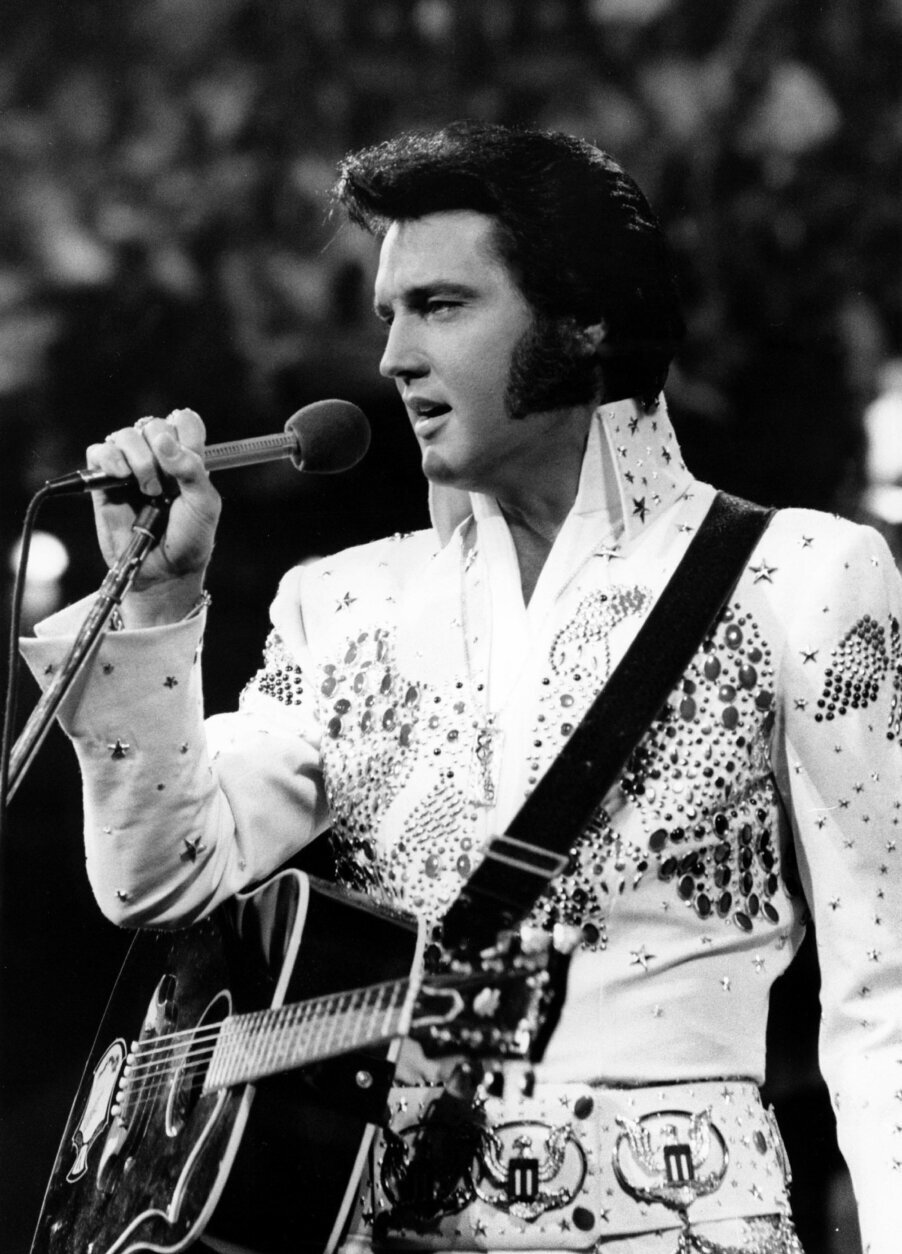 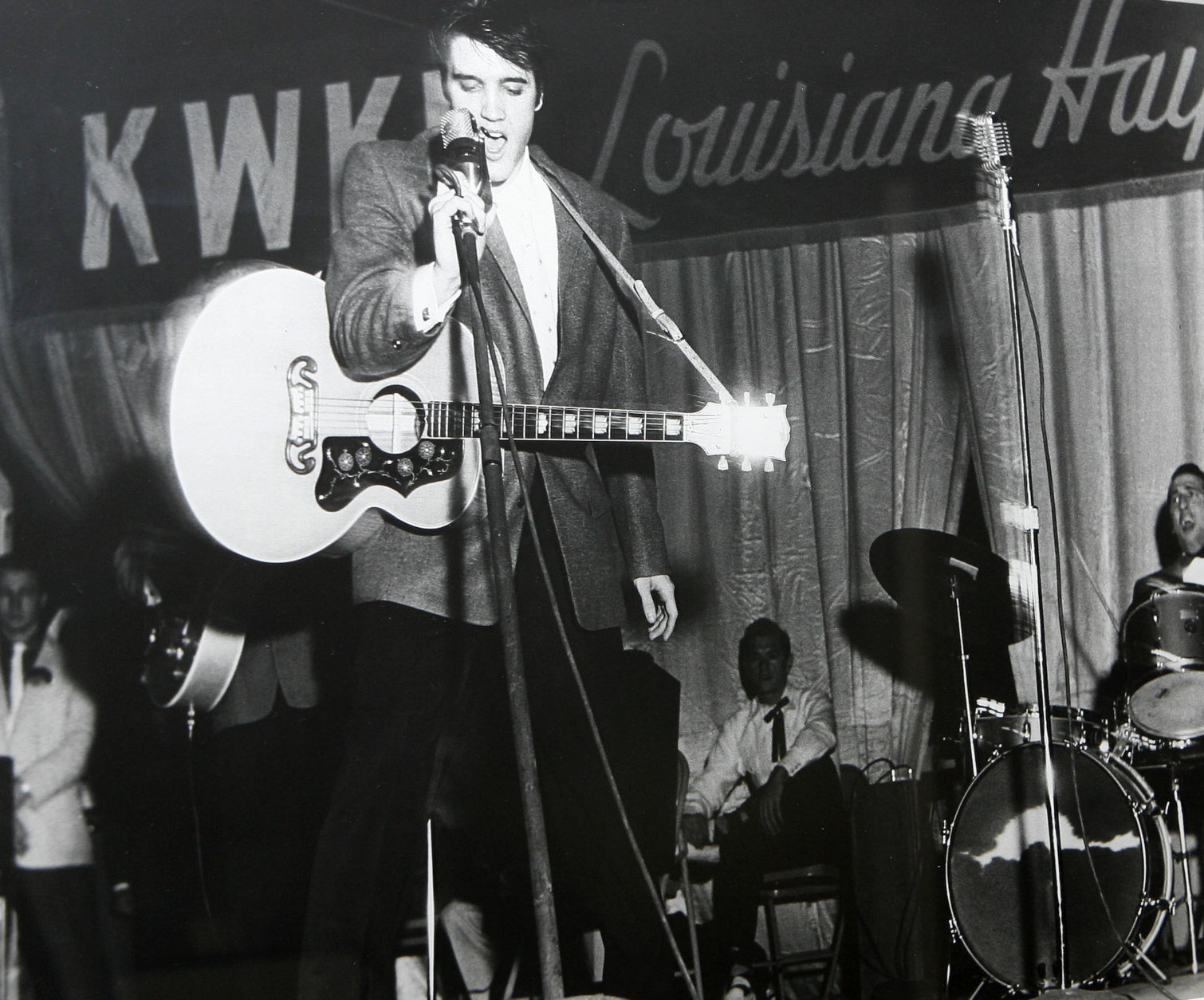 5/13
A new exhibit is going up at Masur Museum in Monroe, La., features photographs of a young Elvis Presley on the stage of the Louisiana Hayride in Shreveport, La. The show focuses on 40 black and white photographs taken by Shreveport photojournalists Jack Barham and Langston McEachern, most depicting Elvis in his final performance in Shreveport on Dec. 15, 1956. (AP Photo,file)

6/13
An exhibit is at Masur Museum in Monroe, La., featured photographs of a young Elvis Presley on the stage of the Louisiana Hayride in Shreveport, La. (AP Photo,file) 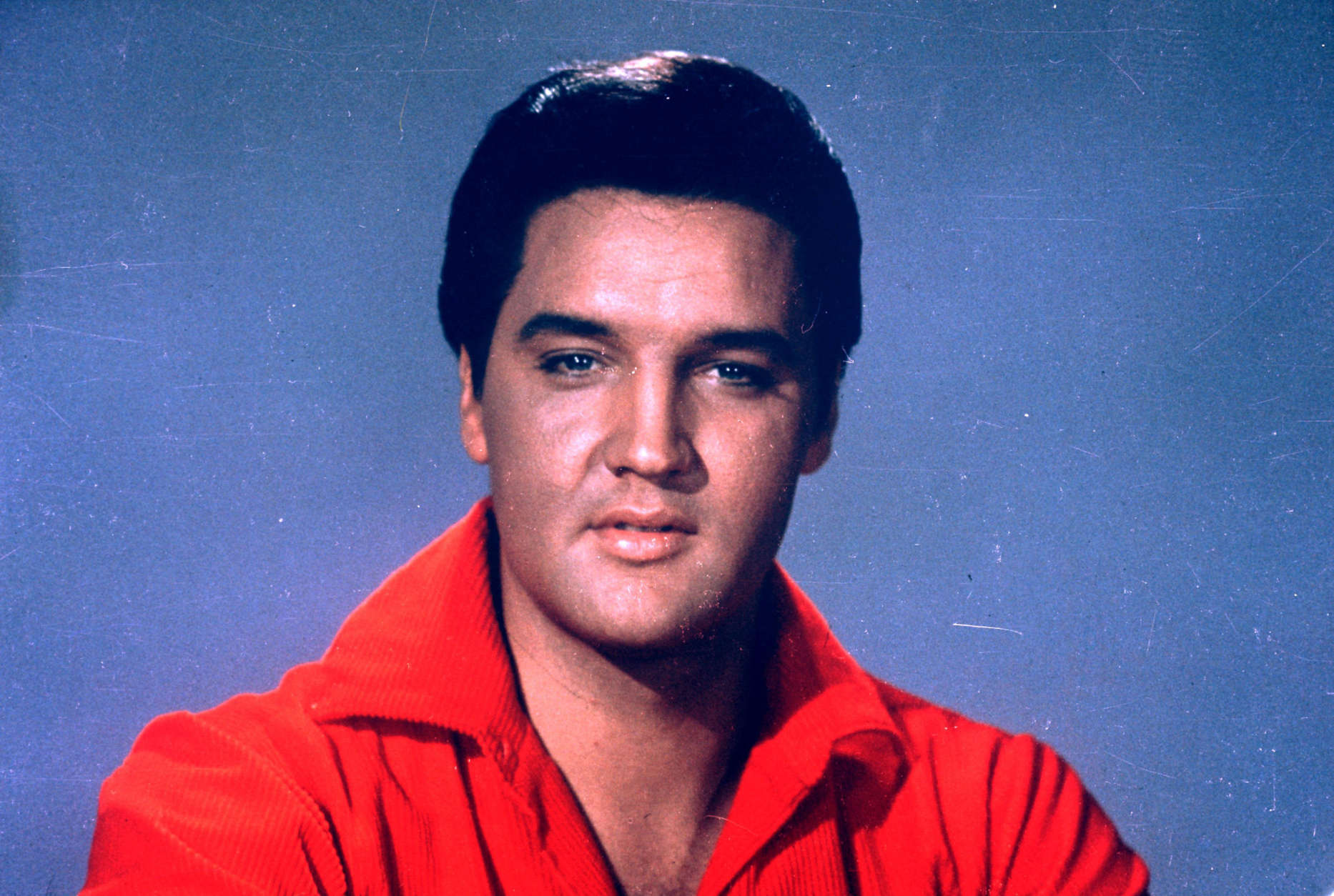 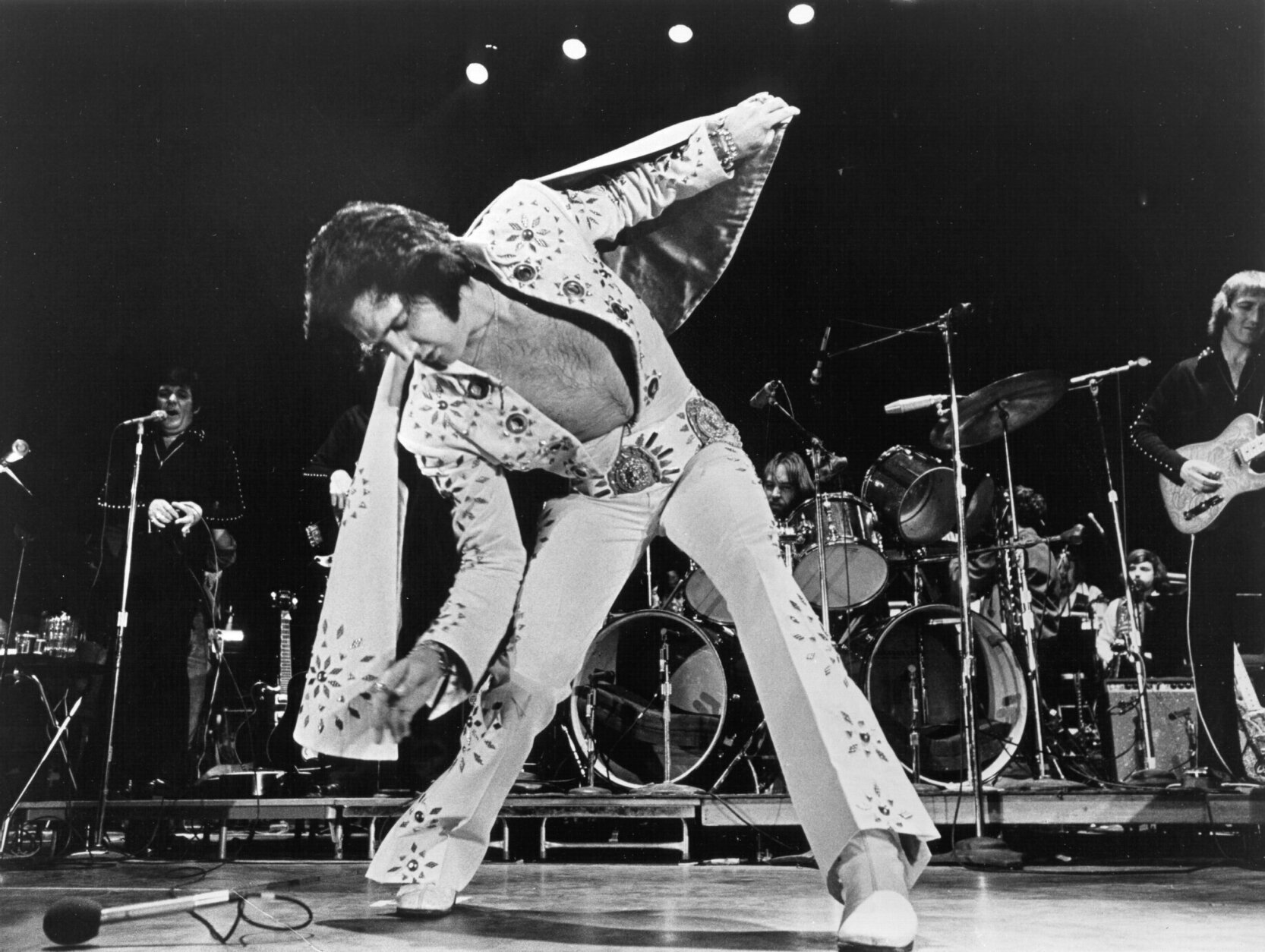 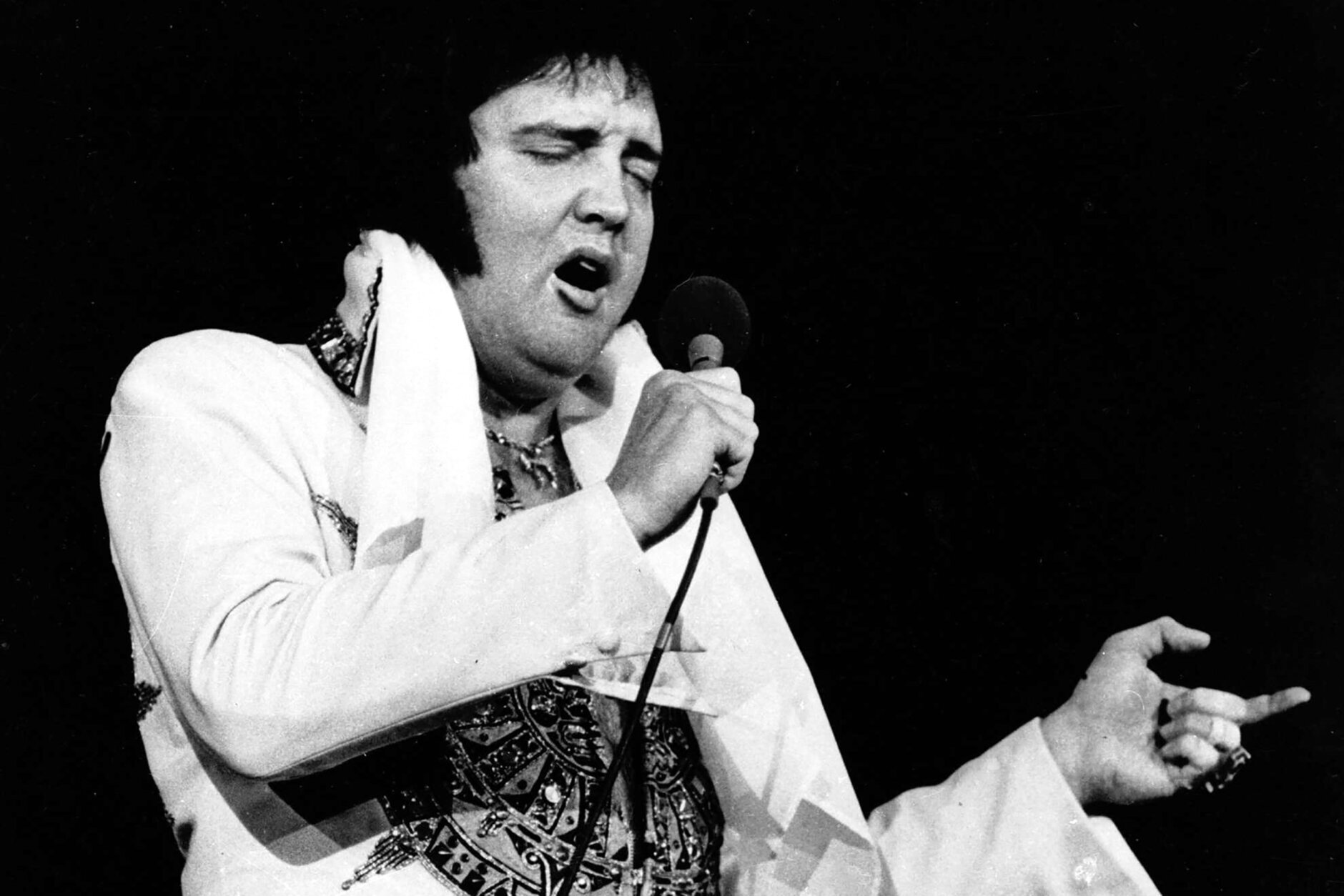 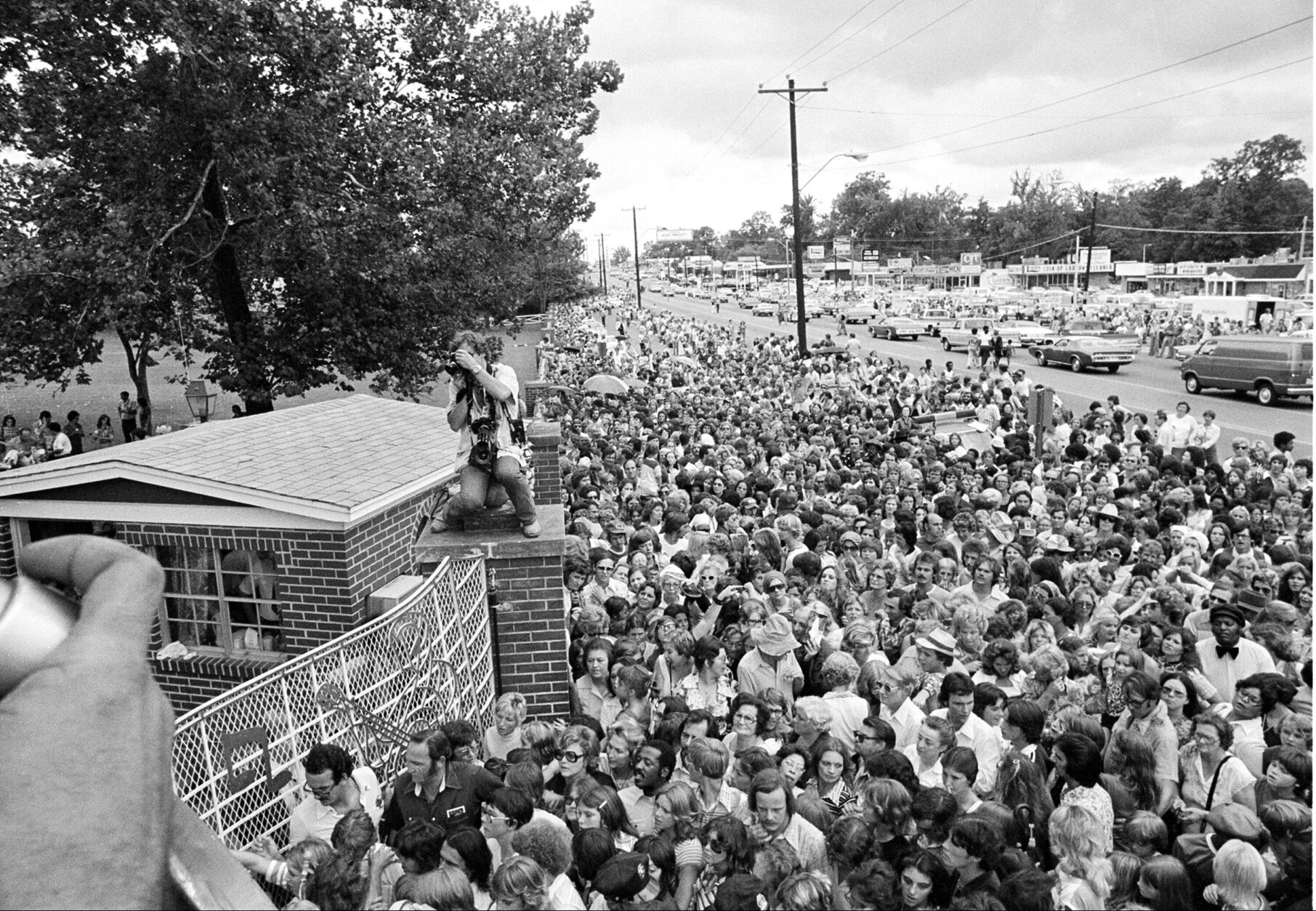 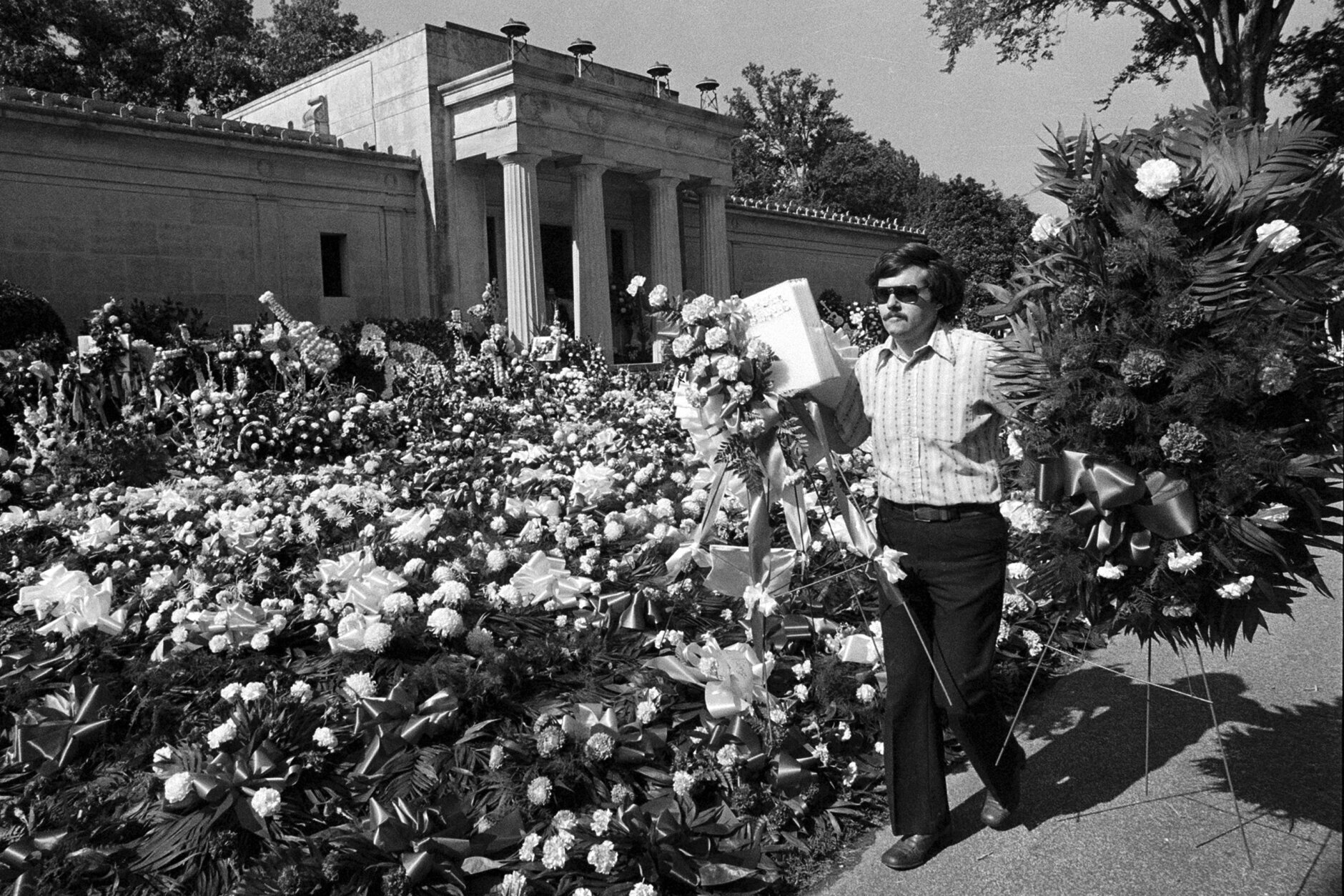 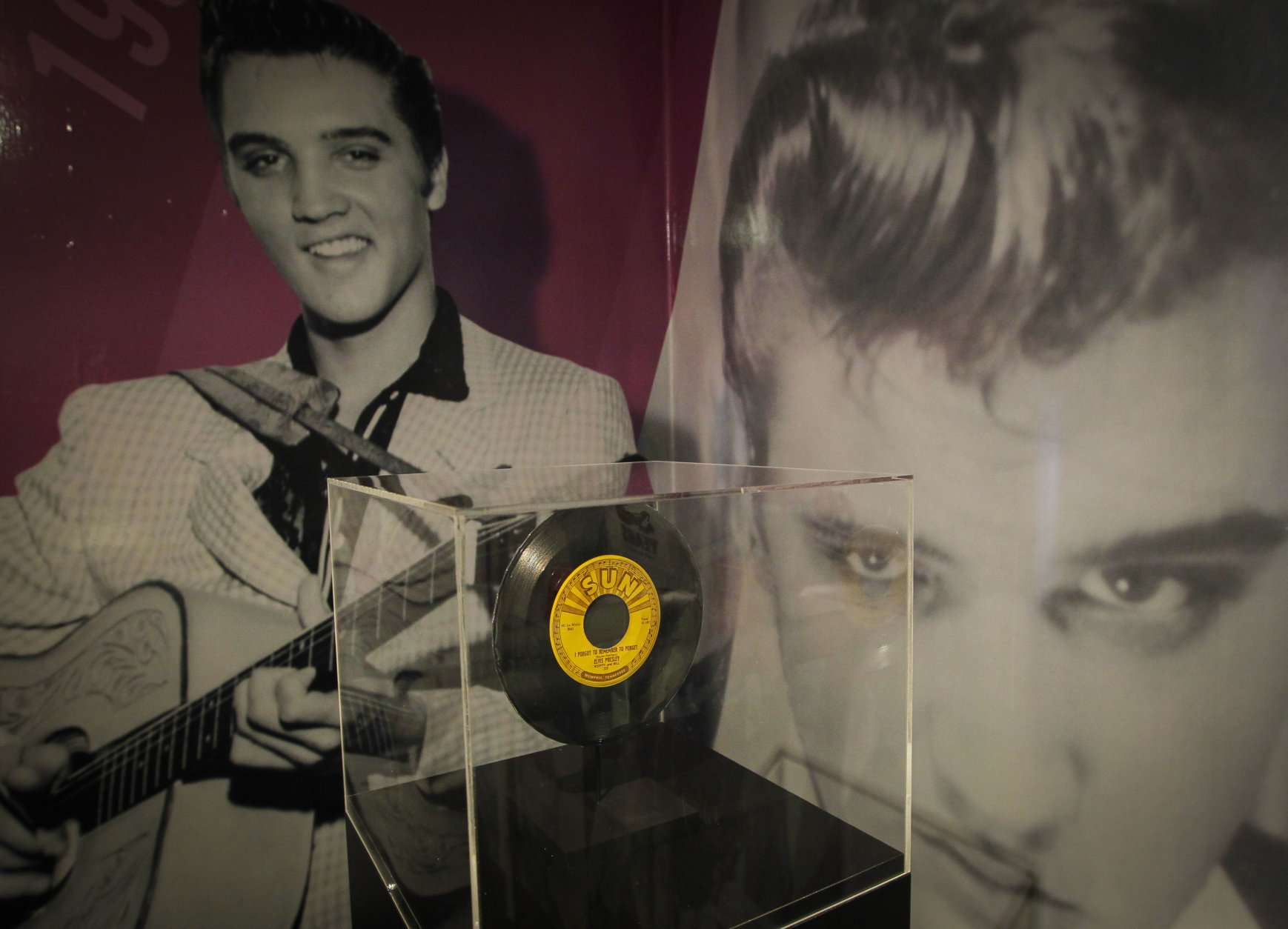 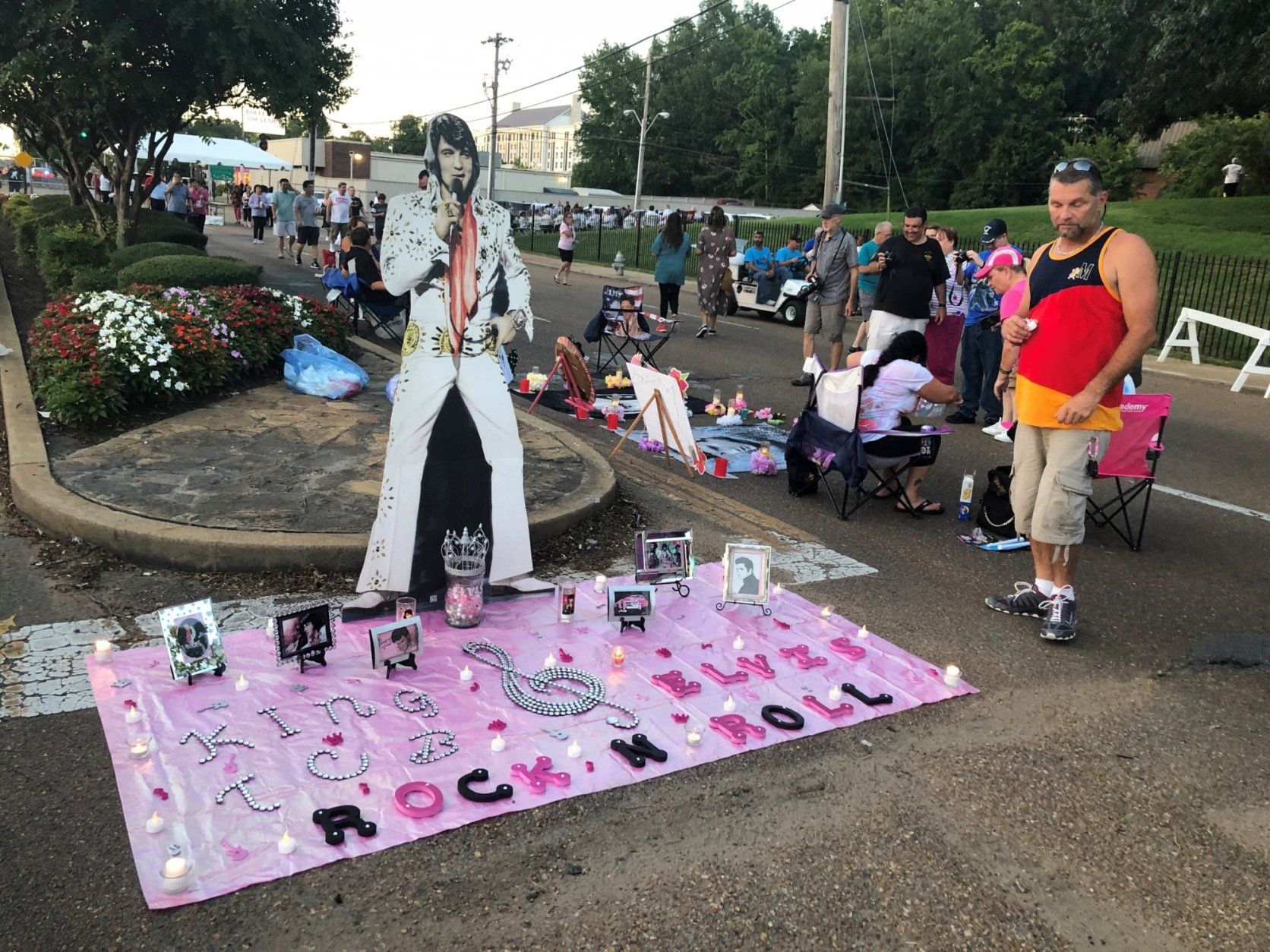 13/13
A street art display honoring Elvis Presley is shown at the candlelight vigil at Graceland in 2019 commemorating his death. Presley fans flock every year to the Graceland tourist attraction for Elvis Week, a celebration of his life and career as a singer and actor. (AP Photo/Adrian Sainz)