Maryland’s Jay Fleming, boat captain, photographer and author, has a new book out.

“Island Life” is packed with compelling images that reflect the beauty and the fragility of the islands of the Chesapeake Bay.

Fleming, whose first book “Working the Water” focused on the families that have made their livelihoods on the waters of the Chesapeake Bay, now spotlights the communities of Tangier and Smith Islands, along with some of the uninhabited islands of the bay. 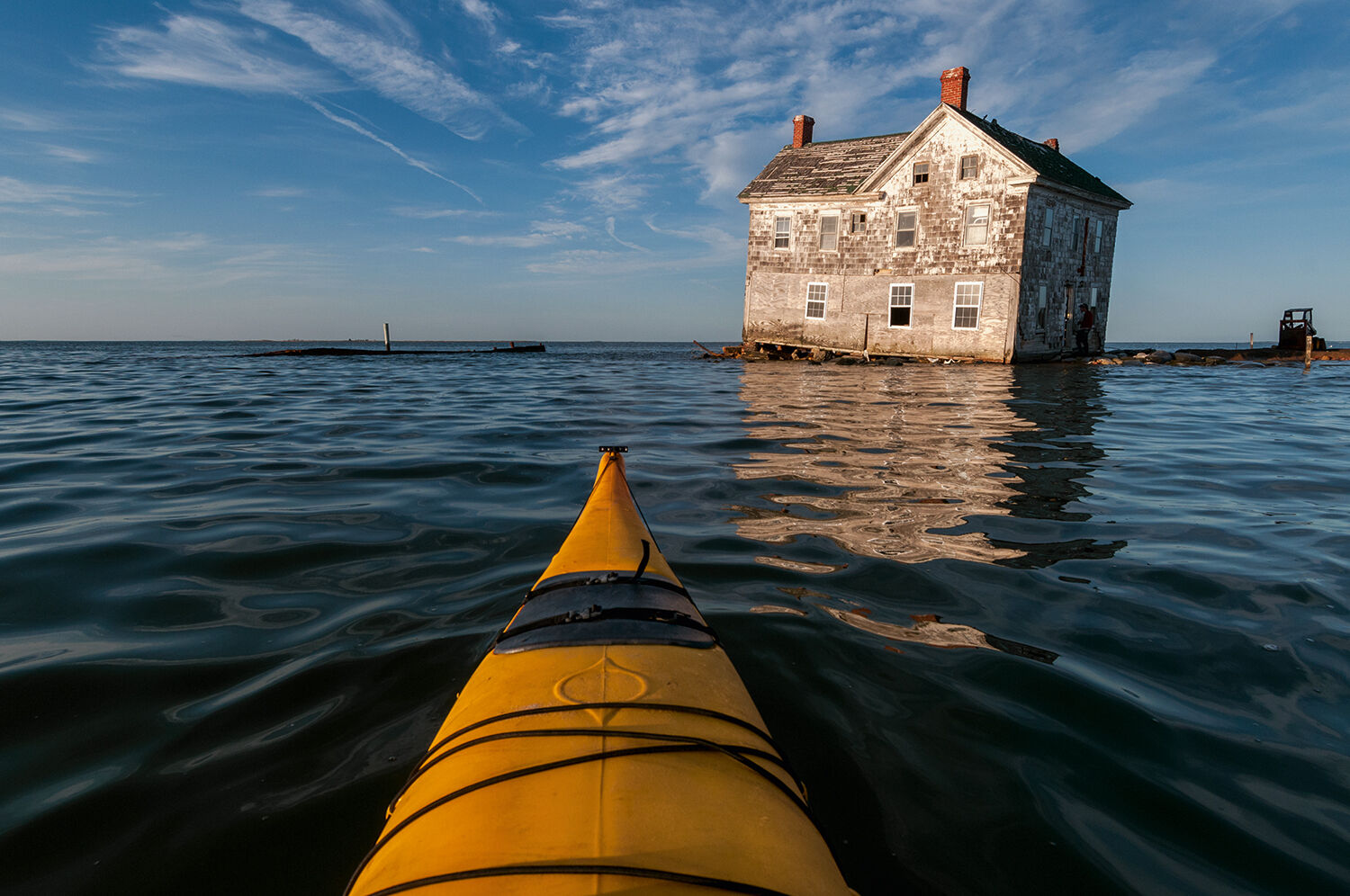 1/6
Jay Fleming took this photo in 2010 of the last house standing on Holland Island. Six months after the photo was taken, the house collapsed. (Courtesy Jay Fleming)

One of his favorite images from the new book is the image of a dilapidated house on Holland Island. He took the photo in 2010 from a kayak.

Six months after he took that shot, the house was gone. It had collapsed into the waters of the bay. 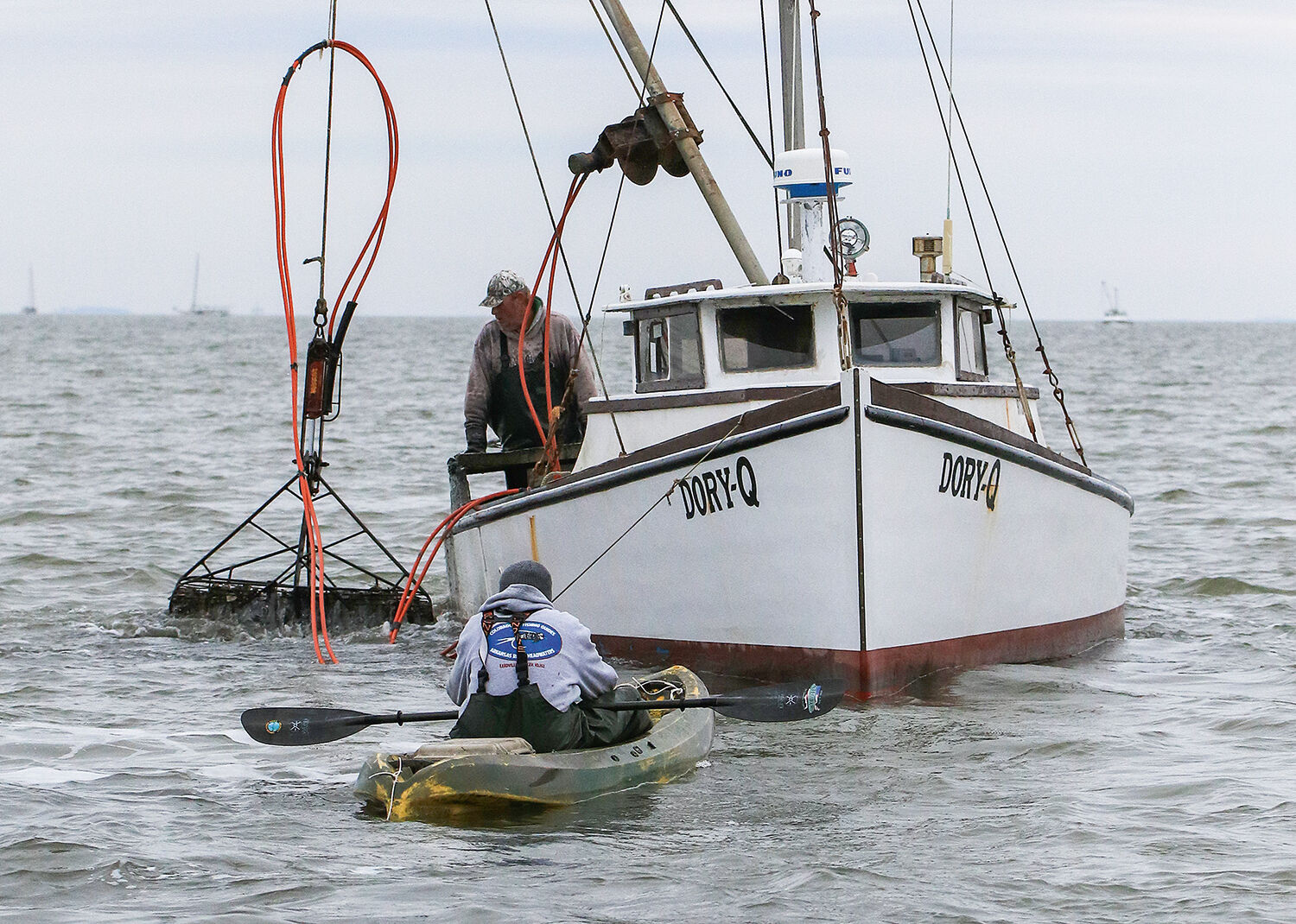 2/6
Jay Fleming has kayaked, scuba-dived, and even hired a pilot to get aerial shots of the Chesapeake Bay that he treasures. Here, he is getting low into the kayak to get a shot of a waterman at work. (Courtesy Jay Fleming)

Fleming says there’s irony in what’s happening to the islands now. Erosion pulls chunks away from the shoreline. Rising waters and more frequent floods are hastening what seems like an inevitable process.

“The very forces that have sustained these communities for approximately 300 years, those same forces threaten to take them away,” Fleming said. 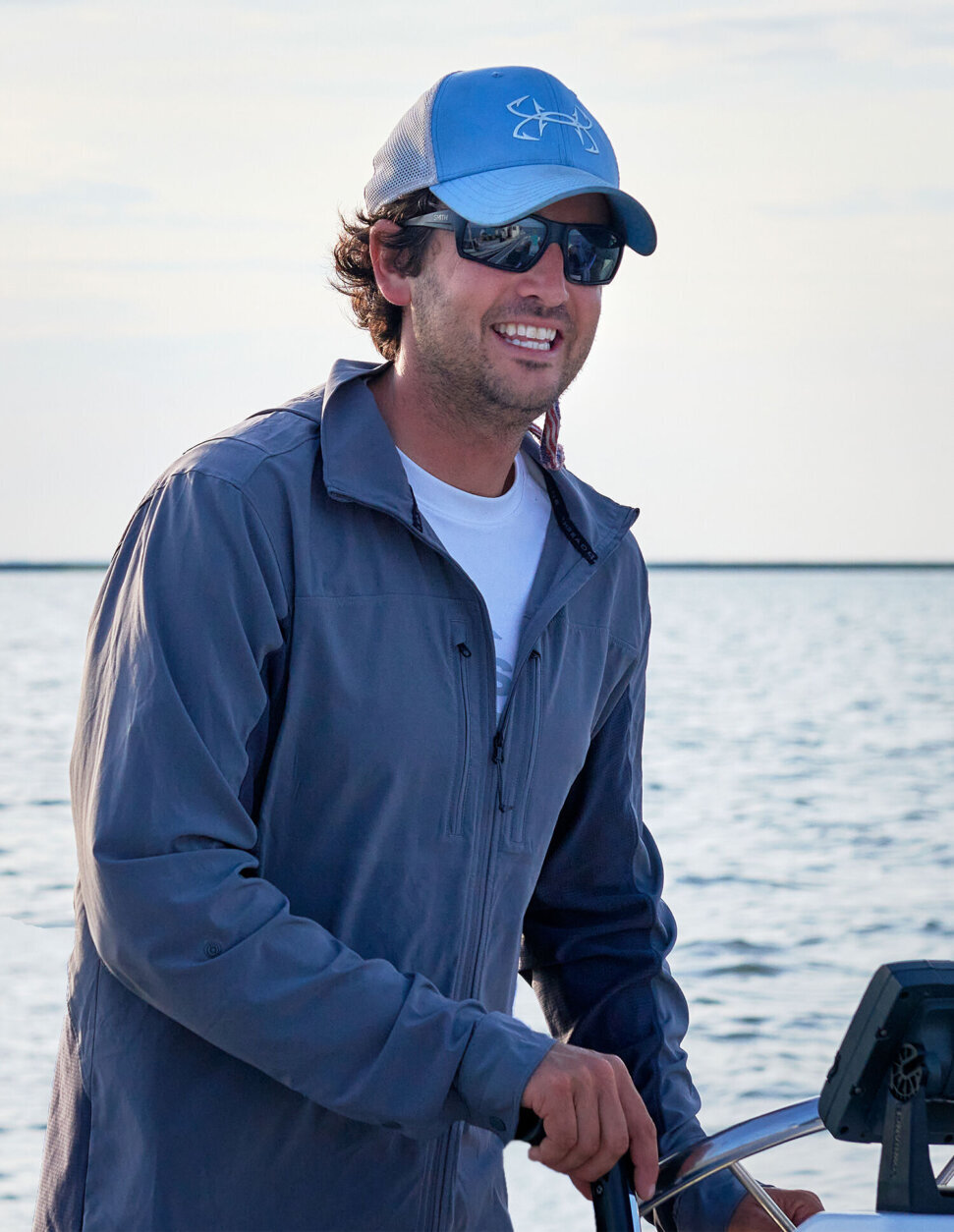 3/6
Jay Fleming, of Maryland, has published “Island Life” a book on the islands of the Chesapeake Bay, including Smith and Tangier Islands. (Courtesy Jay Fleming)

Not all the images are taken at the waterline. He’s outfitted cameras with underwater housings and dived below the surface to document the bay we don’t see from the land or even when out on the water in boats. He has even hired a pilot to take him above Tangier Island to, quite literally, get a bird’s-eye view.

“I’ll do anything to get a picture,” he said. 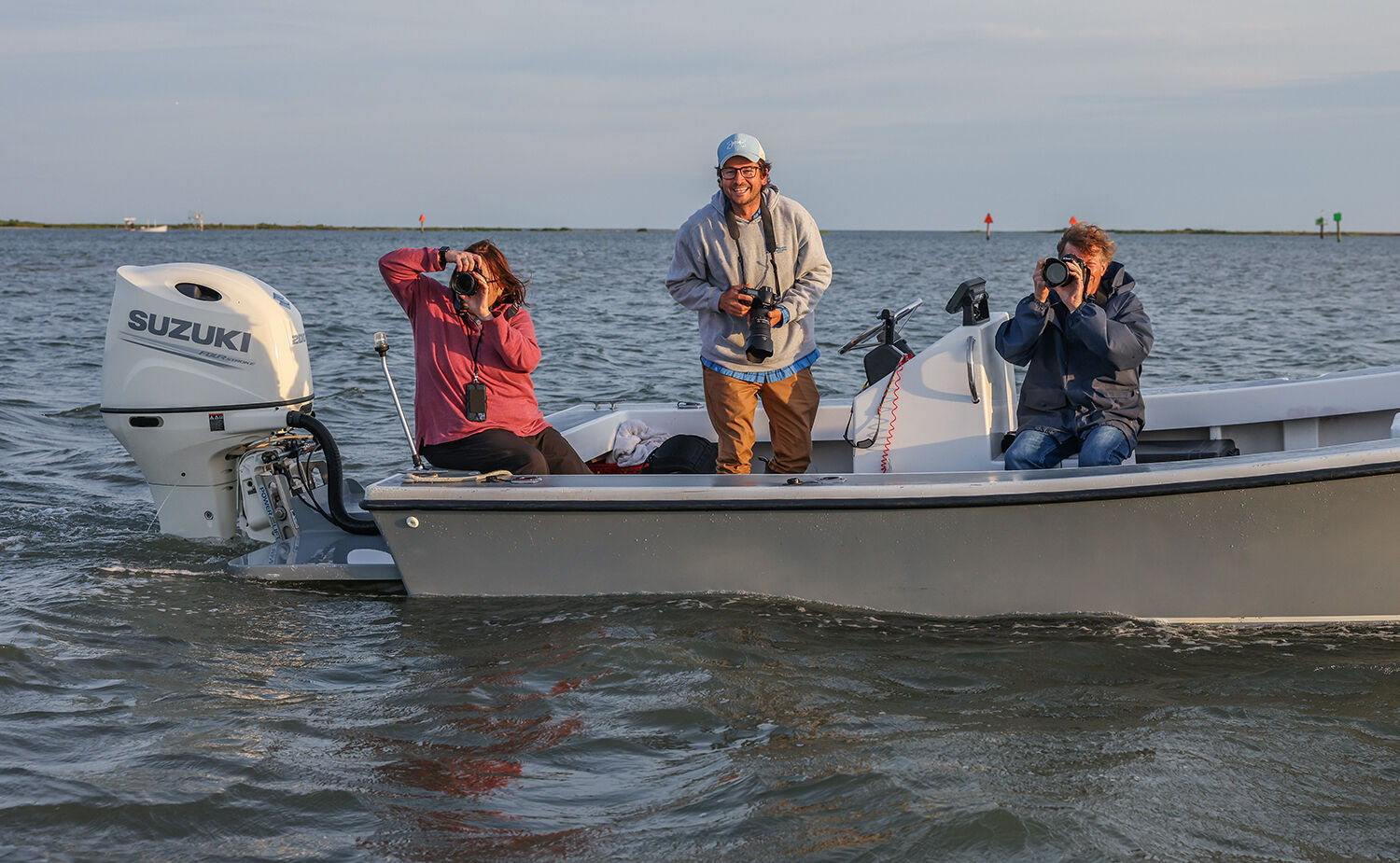 4/6
Jay Fleming takes people out onto the Chesapeake Bay for a chance to see it as he does. He’s well known by wildlife and landscape photographers who sign up for his in-depth workshops, some of which offer dayslong excursions to Tangier and Smith Islands. (Courtesy Jay Fleming)

But there was one time in Feb. when he wondered if he and the crew of the boat he hired would make it back on dry land.

He went out with a waterman to Tangier Island.  The weather was frigid and the water was choppy.

“And the guy who I went with, Lonnie Moore, he had the smallest boat in the whole fleet of all the Tangier Island work boats. I was kind of pushing Lonnie to go out because I knew that I could capture some pretty dramatic images from a rough day,” he said.

He said the winds were blowing probably 40 mph, and the waves stacked up. He did get some incredibly dramatic images of these boats working in rough water that really convey what the watermen have to go through to make a living.

The image from that morning appears in the chapter Blessing of the Fleet. It shows the workboat Castella’s stern caught between two waves. “And it looks as if the boat’s sinking,” Fleming said. 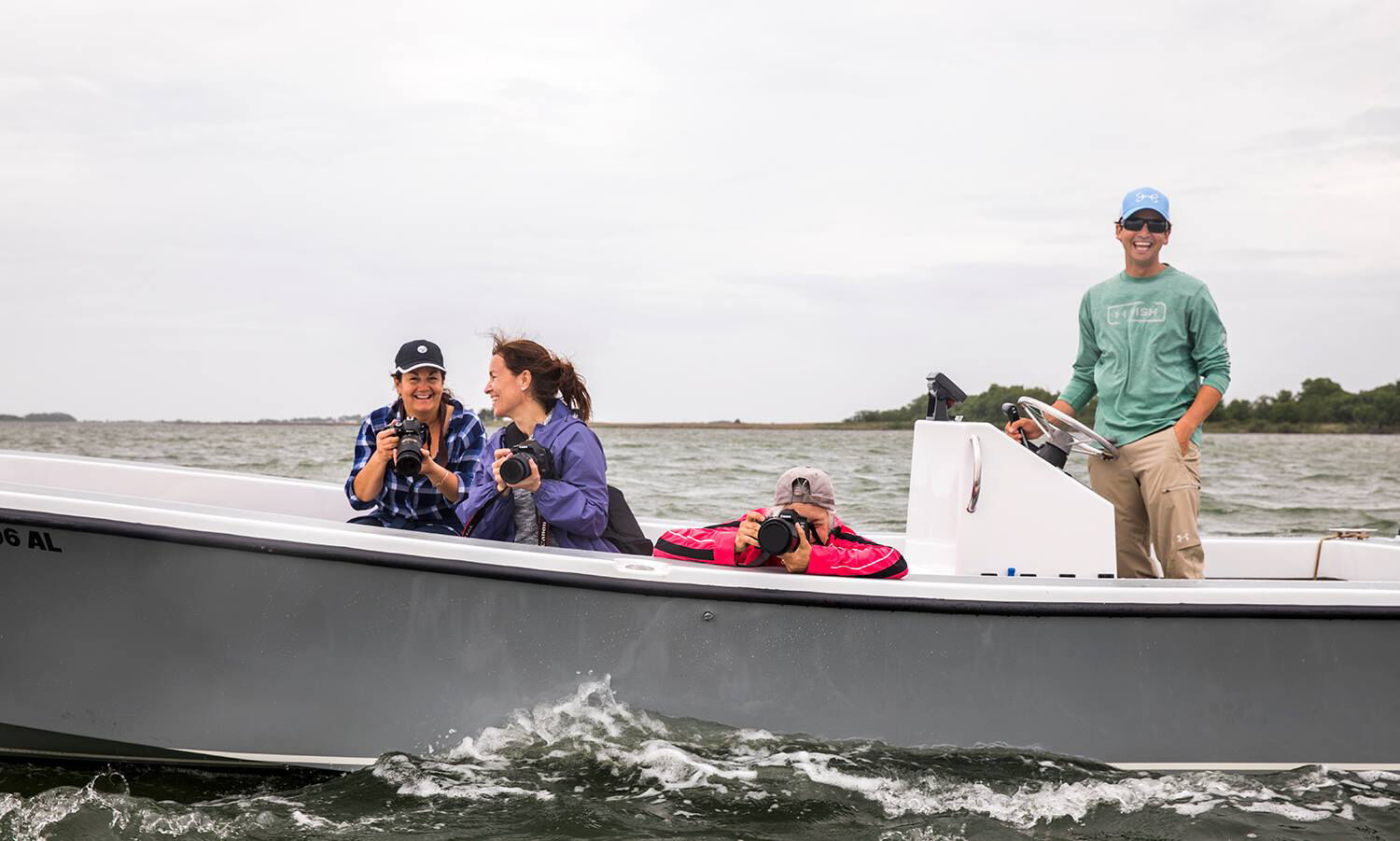 5/6
Jay Fleming is an experienced boat captain, and his trips allow photographers to get close to the water to capture images that would otherwise be hard to get. (Courtesy Jay Fleming)

From his Kent Island studio, Fleming gives workshops for amateur and professional photographers. It’s a chance for them to see the life of the Chesapeake Bay that he sees.

“They become fully immersed in what they’re shooting. So they’re there, meeting the watermen that they’re photographing,” and they get a chance to enjoy the bounty of the bay as well.

“They’re eating soft crabs that they caught that day, so on and so forth. So, it’s really a full immersion trip,” he said. 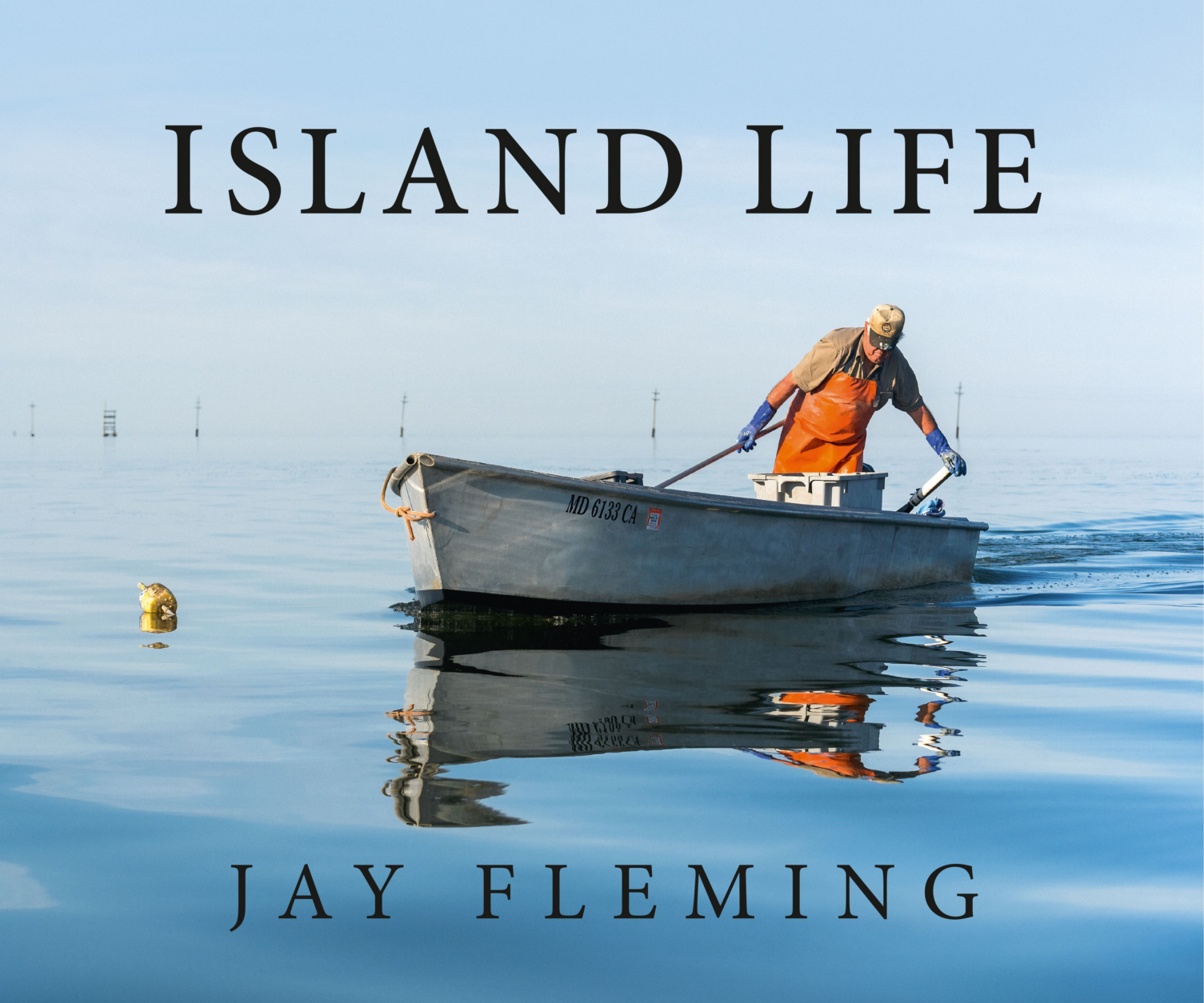 6/6
“Island Life” is produced and published by Fleming himself, and he is spending the holiday season promoting it at signing events throughout the coming months. (Courtesy Jay Fleming)

Fleming is optimistic despite documenting a way of life that may disappear like some communities have in the past.

“Island Life” is produced and published by Fleming himself, and he is spending the holiday season promoting it at signing events throughout the coming months.

“You can catch me at a book signing event. I’ll be doing quite a few in the Annapolis area before the holidays, and then I’ll be doing some studio hours at my studio in Kent Island, right before Christmas.”