After a few brainstorming sessions at the bar in Dupont Circle’s Floriana Restaurant, bar manager Dito Sevilla knew what the theme of the D.C. restaurant’s annual Christmas tree had to be.

Ideas like D.C. parking tickets were briefly considered, Sevilla said Thursday, while constructing the tree, but the conversation kept coming back to teachers, and the challenges they faced during the pandemic. Sevilla imagined the joy the tree would likely bring to nearby students at Ross Elementary.

With last year’s “Kamala Tree” entering the spotlight after the then-vice president elect stopped by to take a picture with it, Sevilla and Floriana owner Jamie Branda decided it would be appropriate to honor one of the country’s most well-known educators: Dr. Jill Biden.

“This year’s tree honors America’s teachers and the legacy they leave behind each student,” Sevilla said. “And it will be topped by America’s No. 1 teacher Dr. Jill Biden.”

Sevilla started assembling the tree Monday and anticipates it will be complete early next week. The 17-foot tree is among the largest the restaurant has displayed on the corner of 17th Street Northwest.

Still in the process of being constructed, the tree features what Sevilla described as symbols that remind him of his favorite parts of school: an apple on a teacher’s desk and supplies, such as rulers and protractors.

When it’s finished, the tree will feature 12,000 LED lights, and if Sevilla and Branda are granted permission, it will also include small chalkboards with local teachers’ names.

The tree will be topped off with a cutout of Jill Biden, in addition to several photos. Sevilla said he’s hoping the first lady will stop by.

“Teachers have been through an incredibly difficult last couple of years,” Branda said. “And hopefully, this can keep it in people’s minds, that teachers’ lives are not getting any easier just because things are getting slightly more back to normal.”

The tree also features elements that have been included in previous years’ trees, including cutouts of President Joe Biden, mini mailboxes that were used to represent mail-in votes and suffragette ribbons that honor the 2016 Hillary Clinton-themed tree.

The tree, which Sevilla said will remain on the corner until mid-January, has become a neighborhood staple, with some visitors stopping by for Christmas card or engagement photos.

But this year, the pair wants the attention to be on the country’s educators.

“Everybody has a teacher that they think of that is someone that was really important to them that helped shape them, and their life wouldn’t be the same if they hadn’t met that person,” Branda said.

“There was no way we weren’t going to do the first lady,” Sevilla said. “They came in with such a positive and buoyant attitude. They really made everyone’s spirits in the city really happy.” 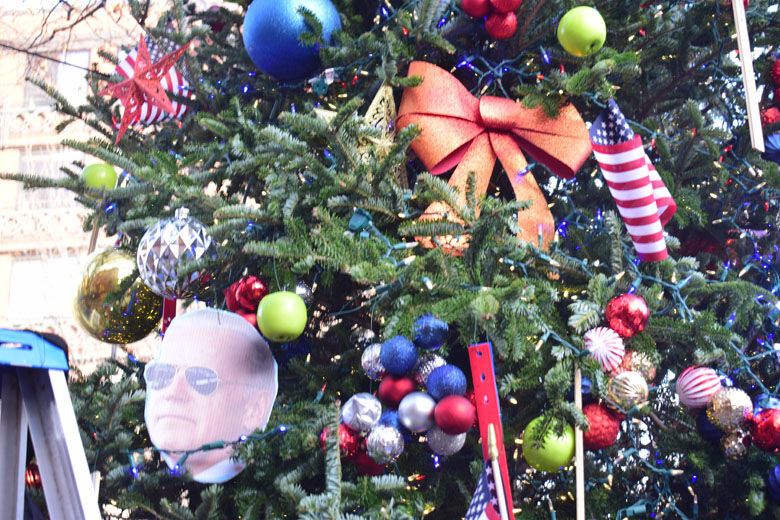 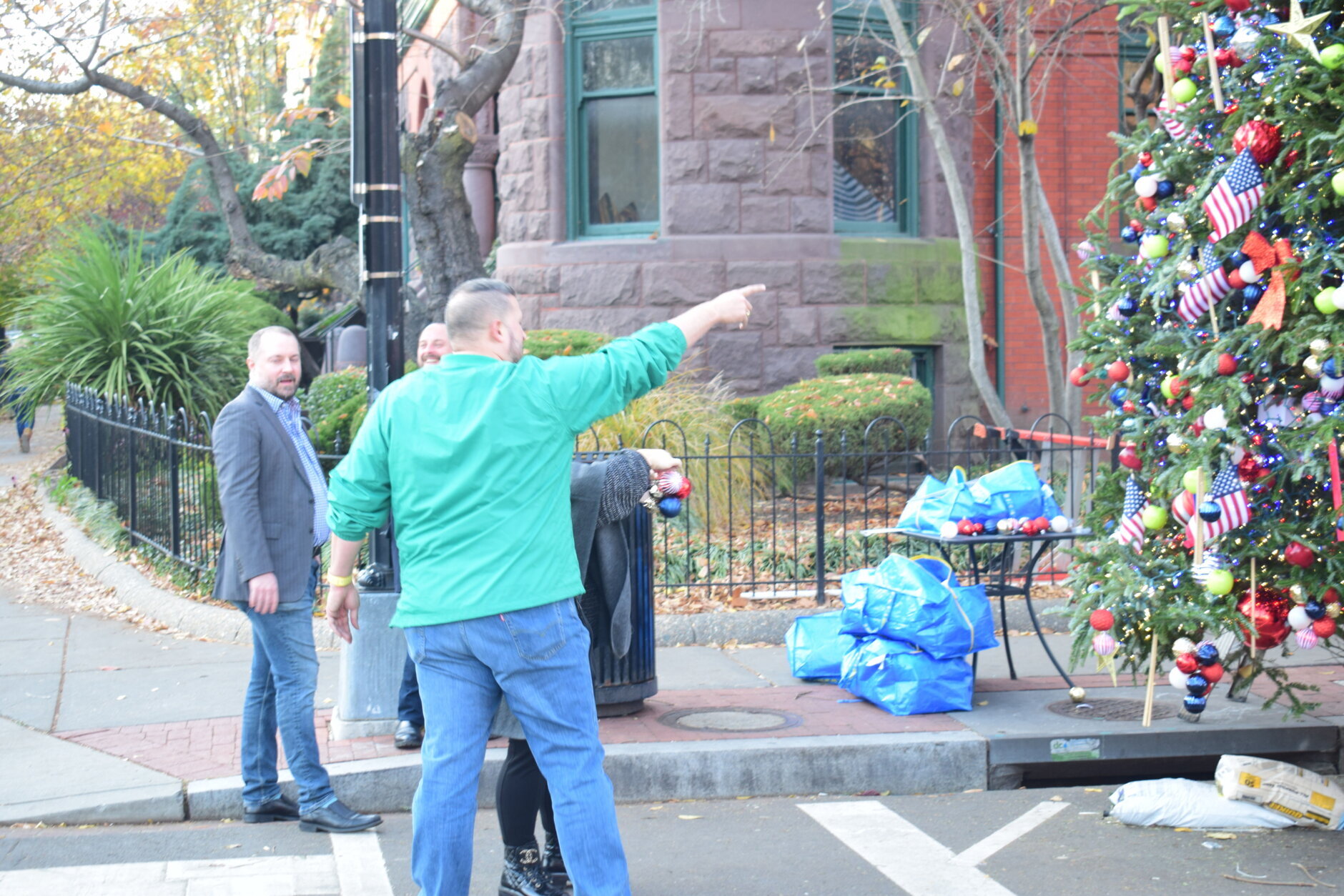 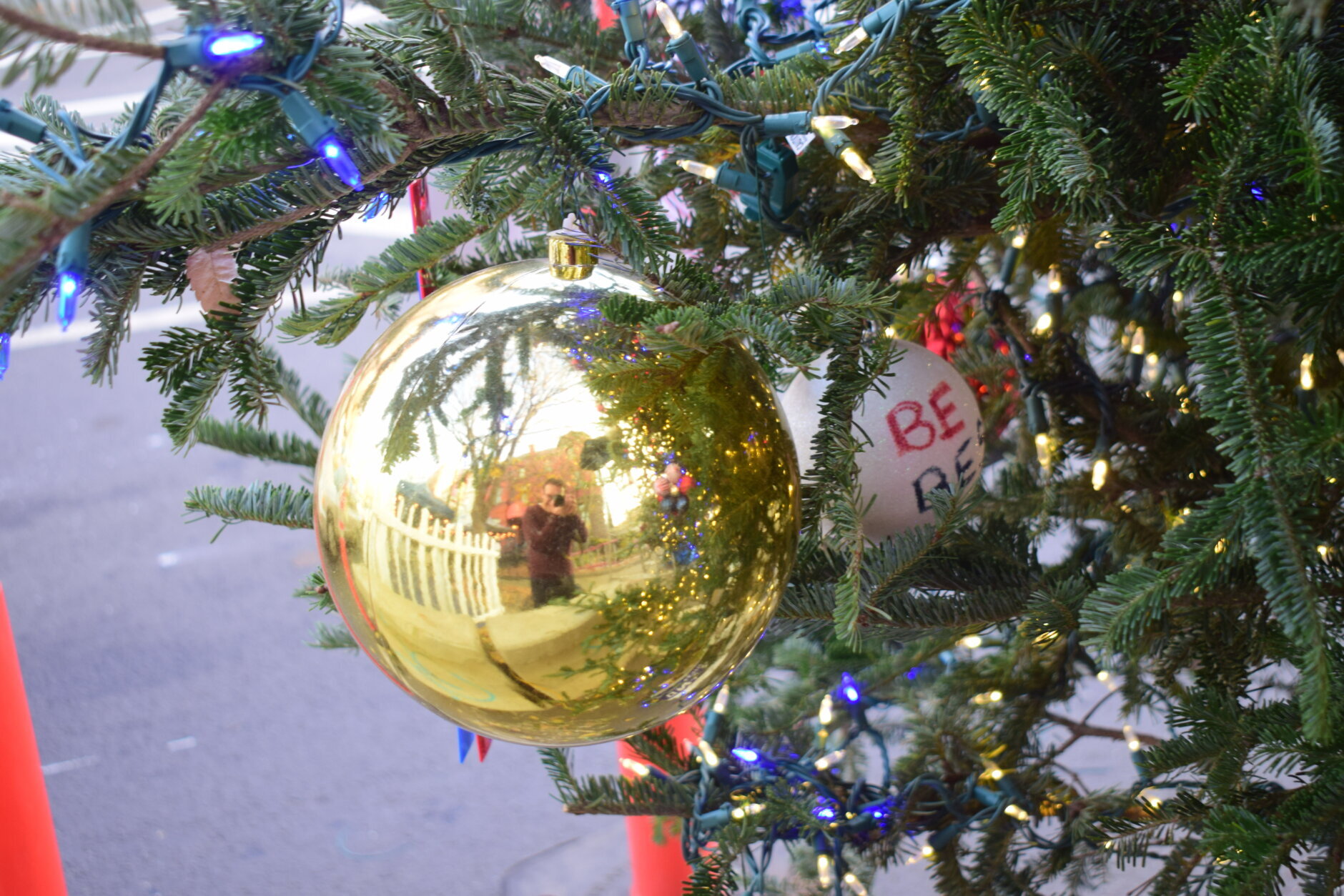 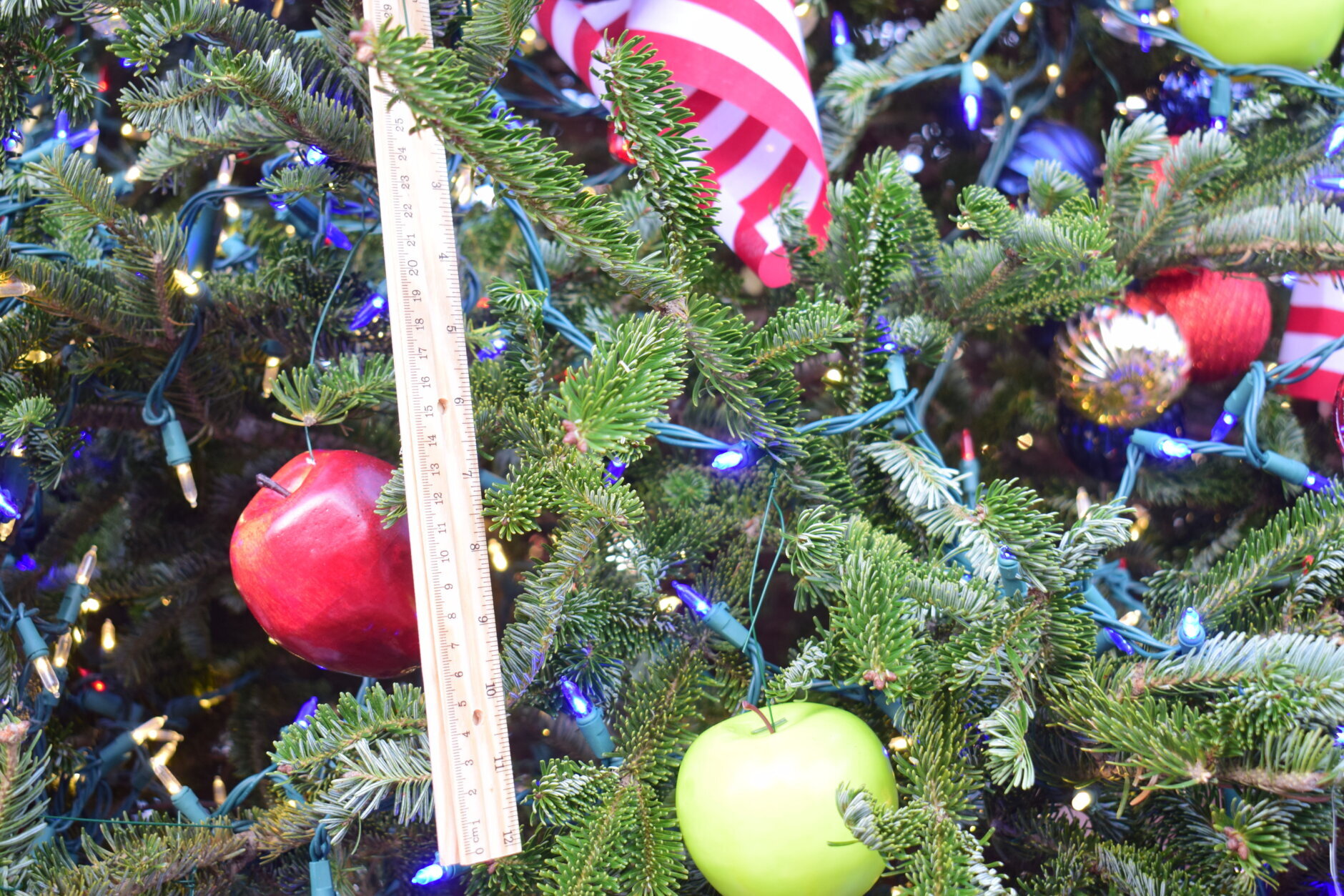 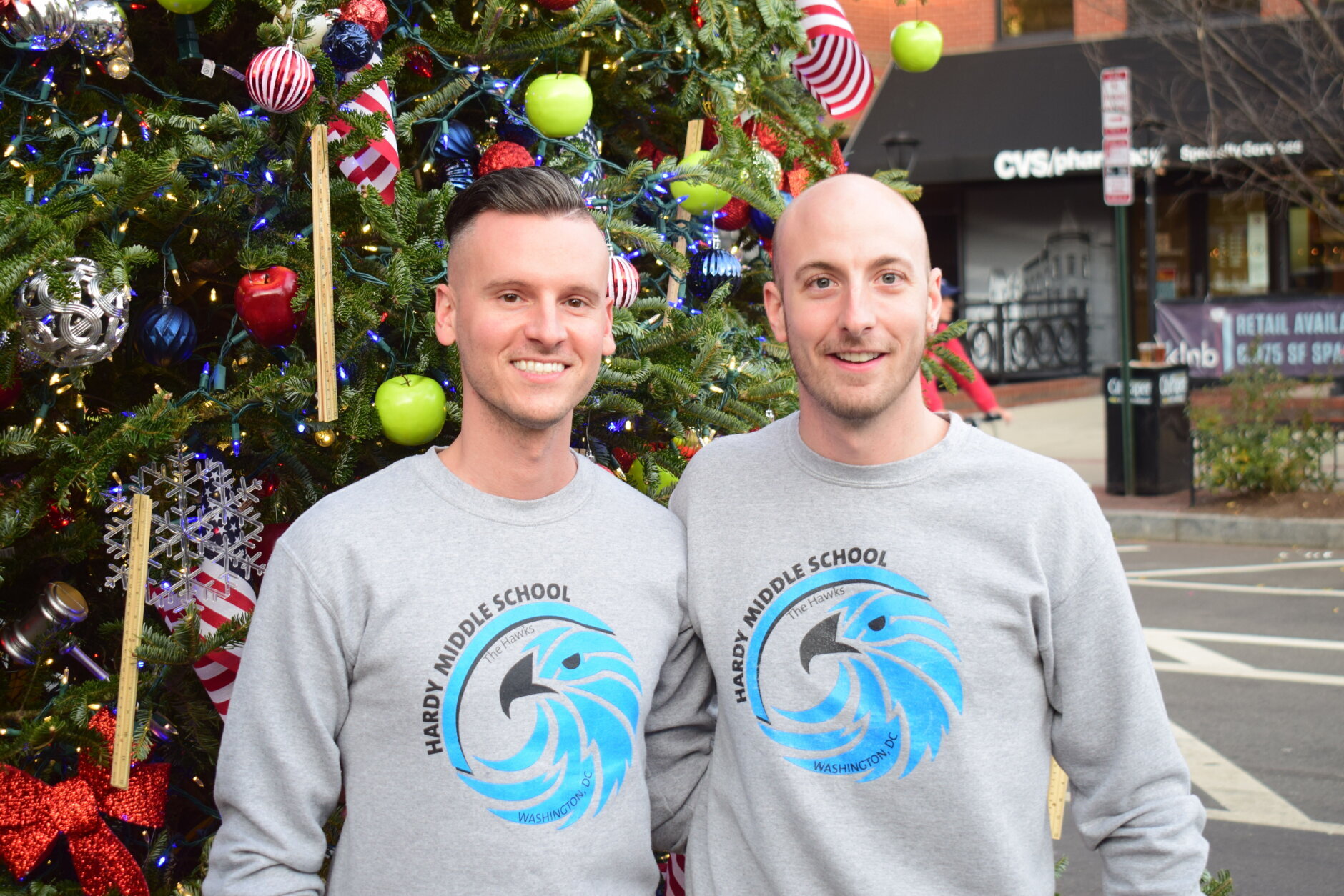 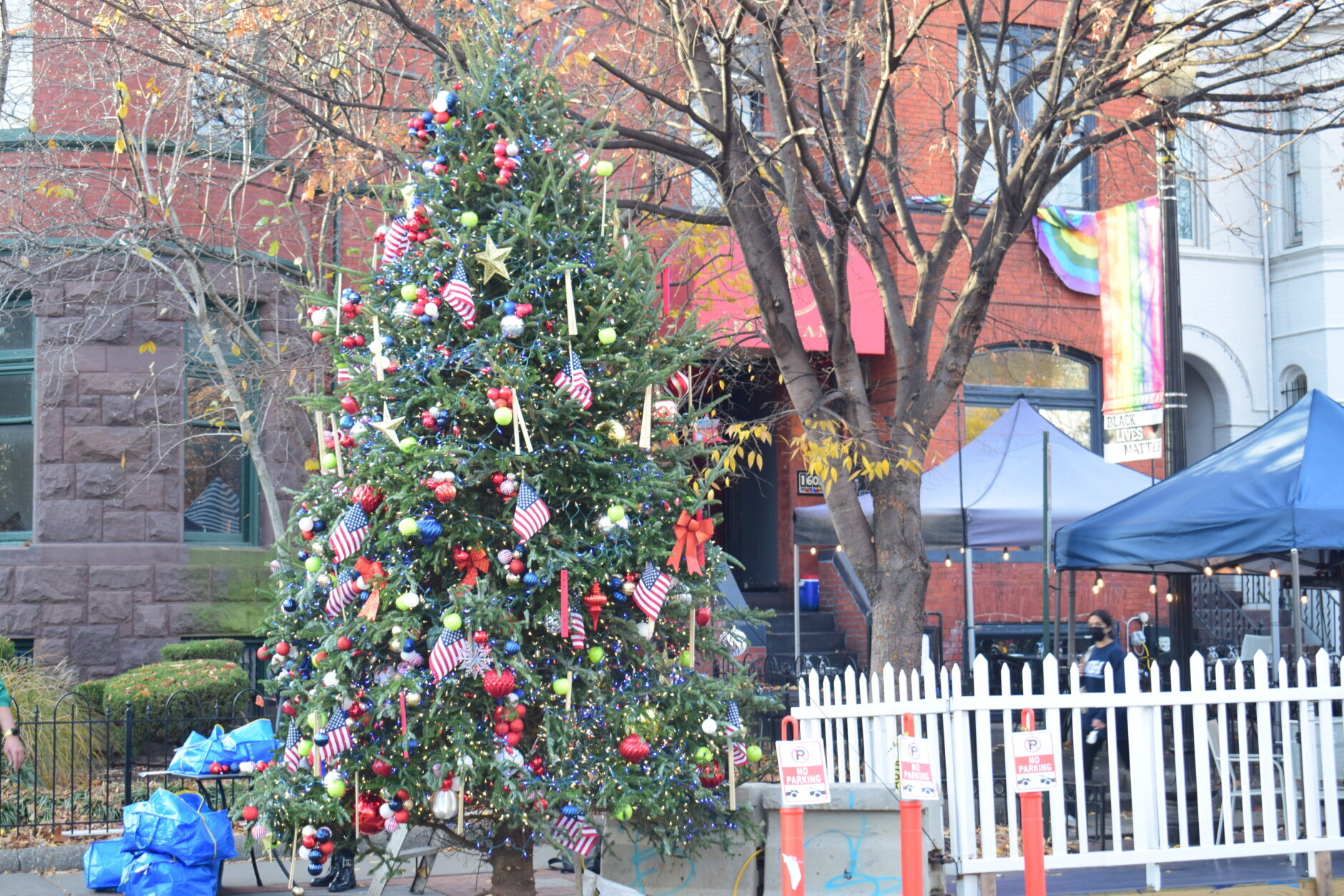 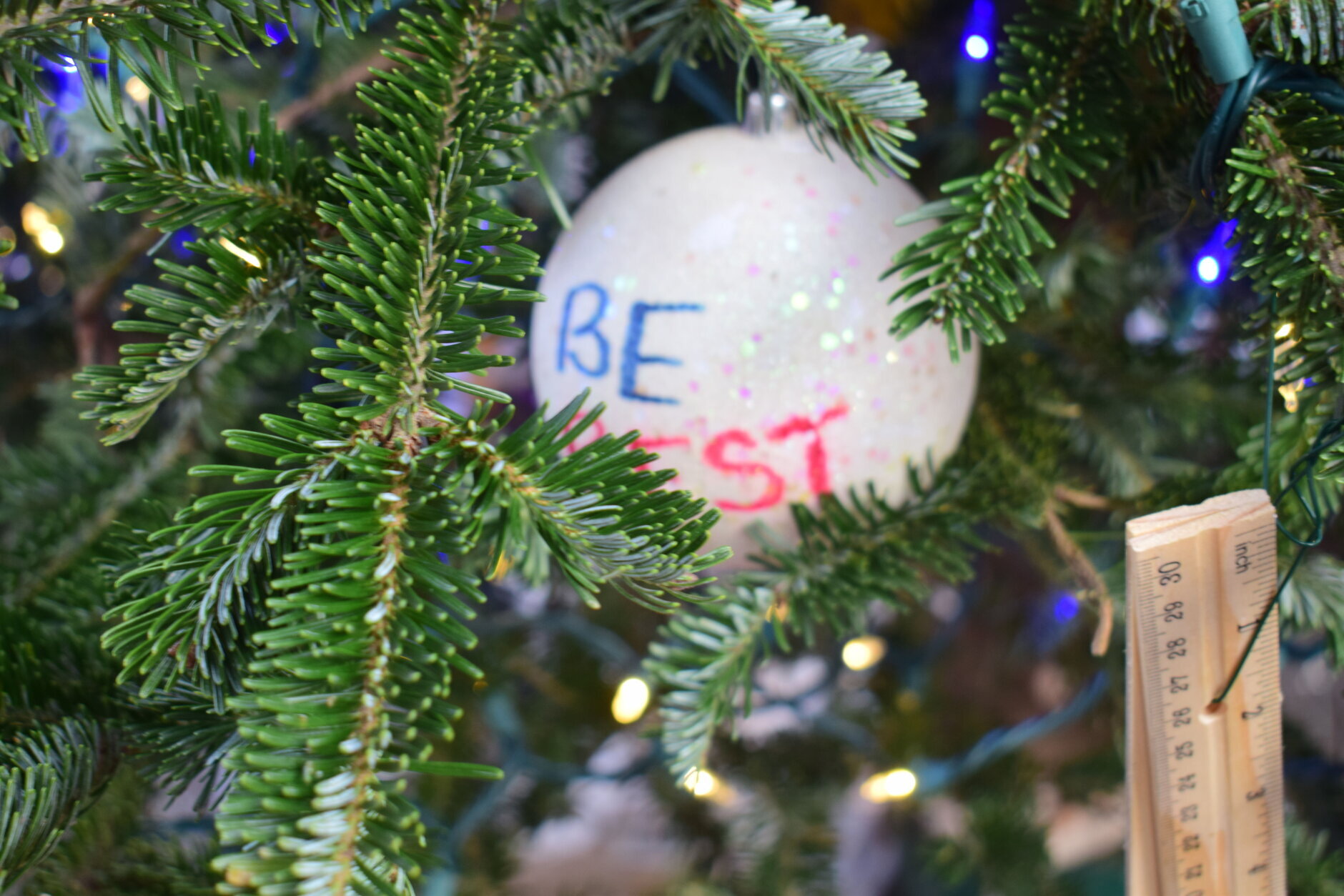 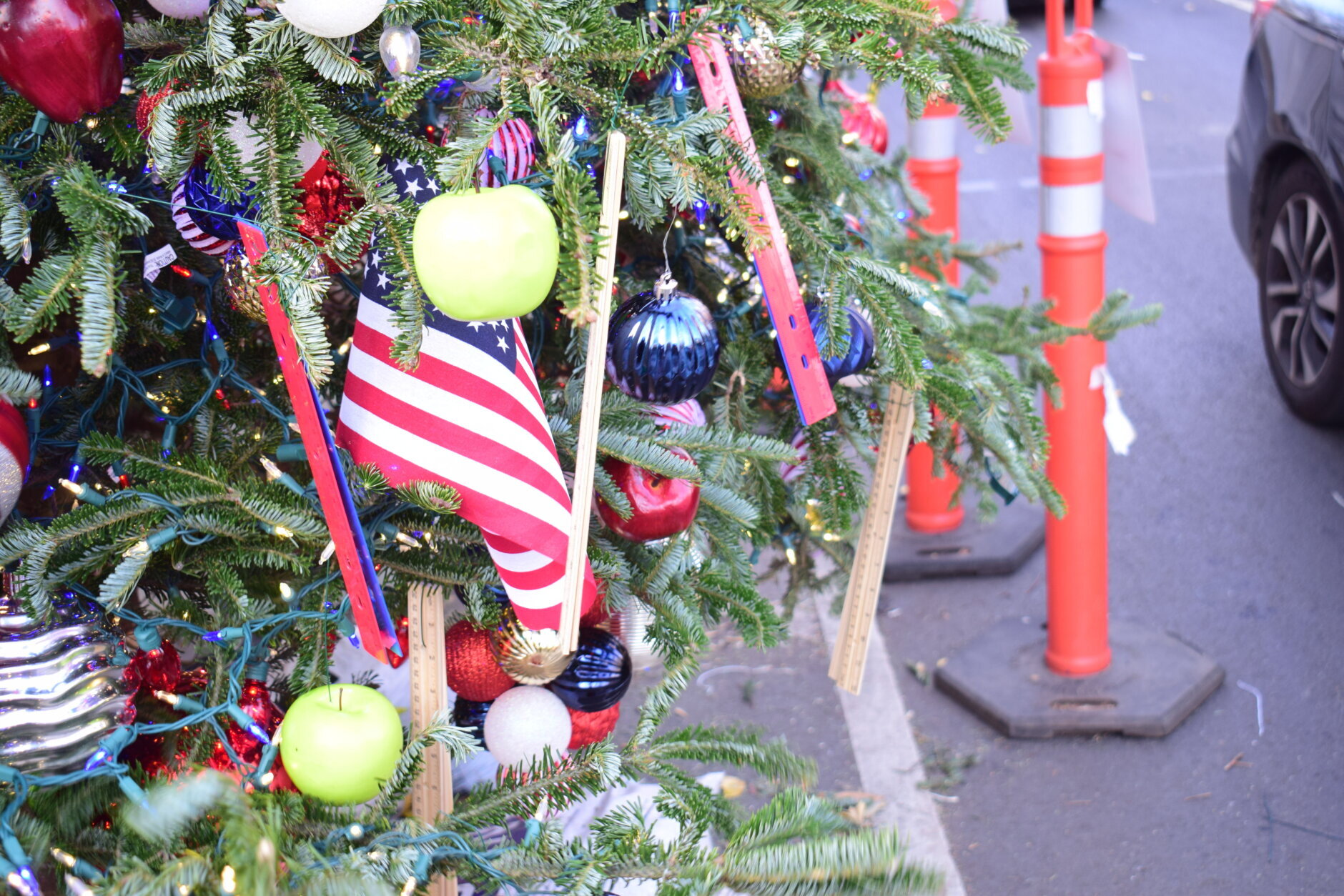 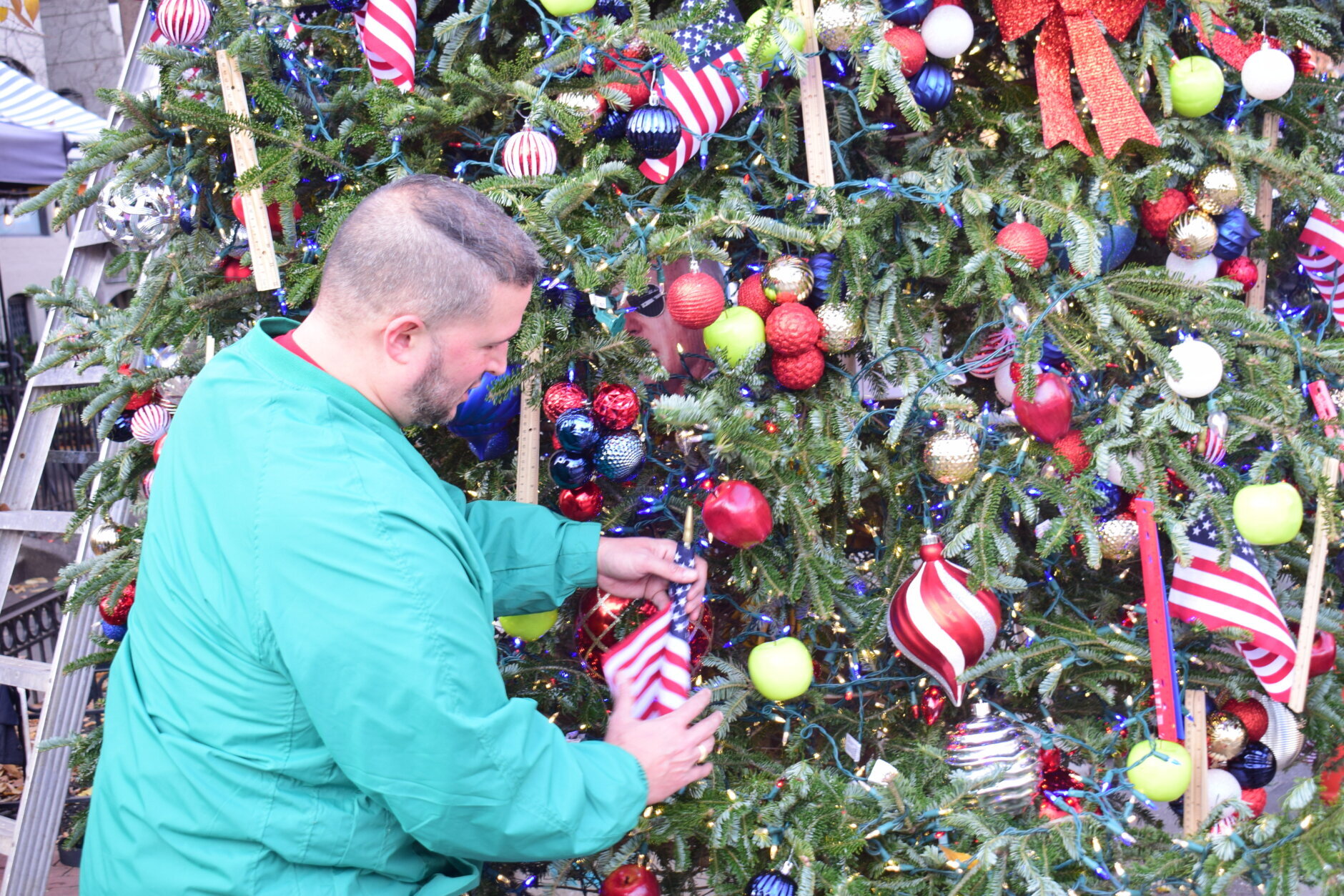 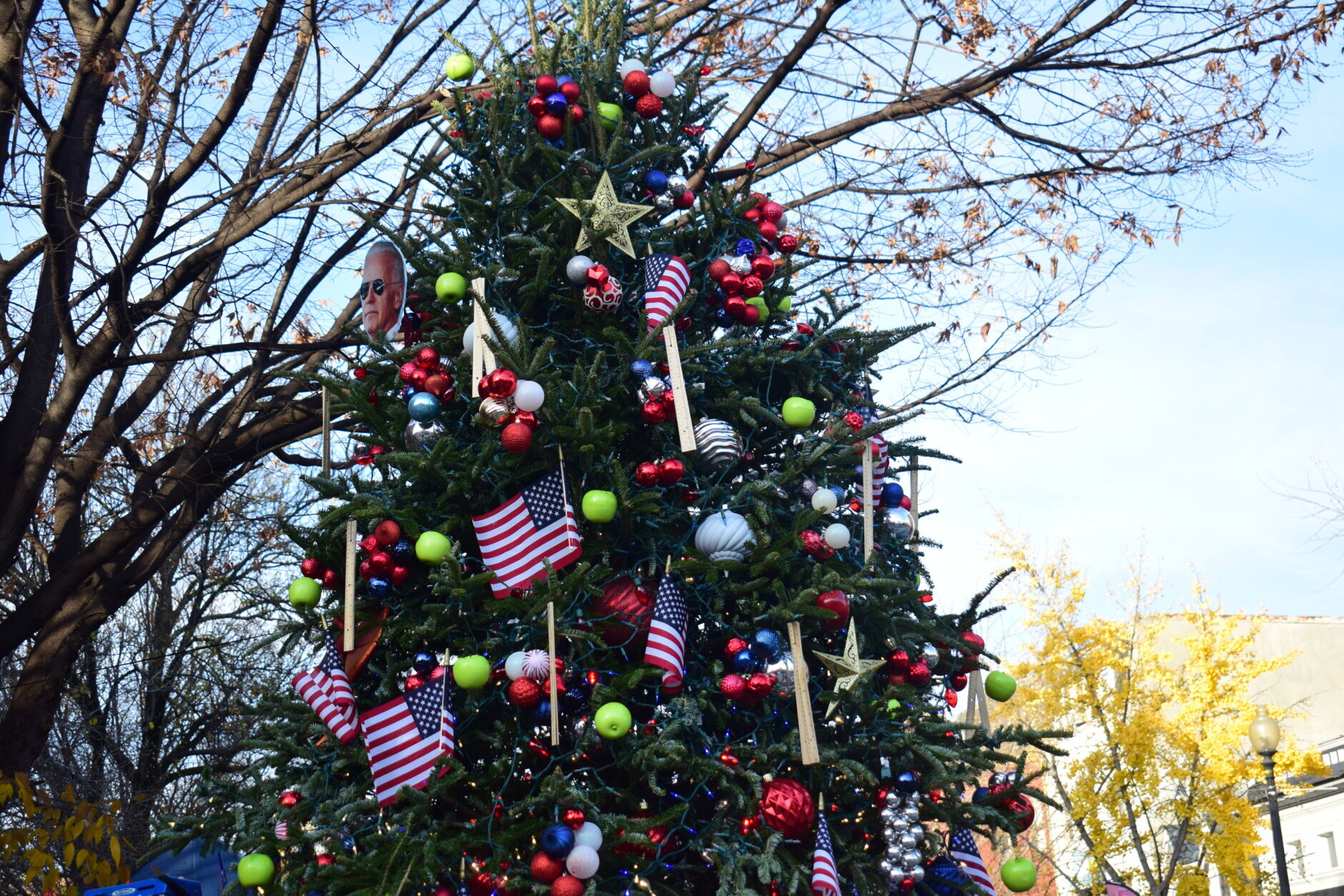