We’re only a few days into 2020 and already the local sports world is buzzing. There are new coaches in Ashburn, a new reliever in Navy Yard, and promising local hoops teams on the hardwood.

But what are the biggest local sports storylines we have our eyes on this year? Behold … 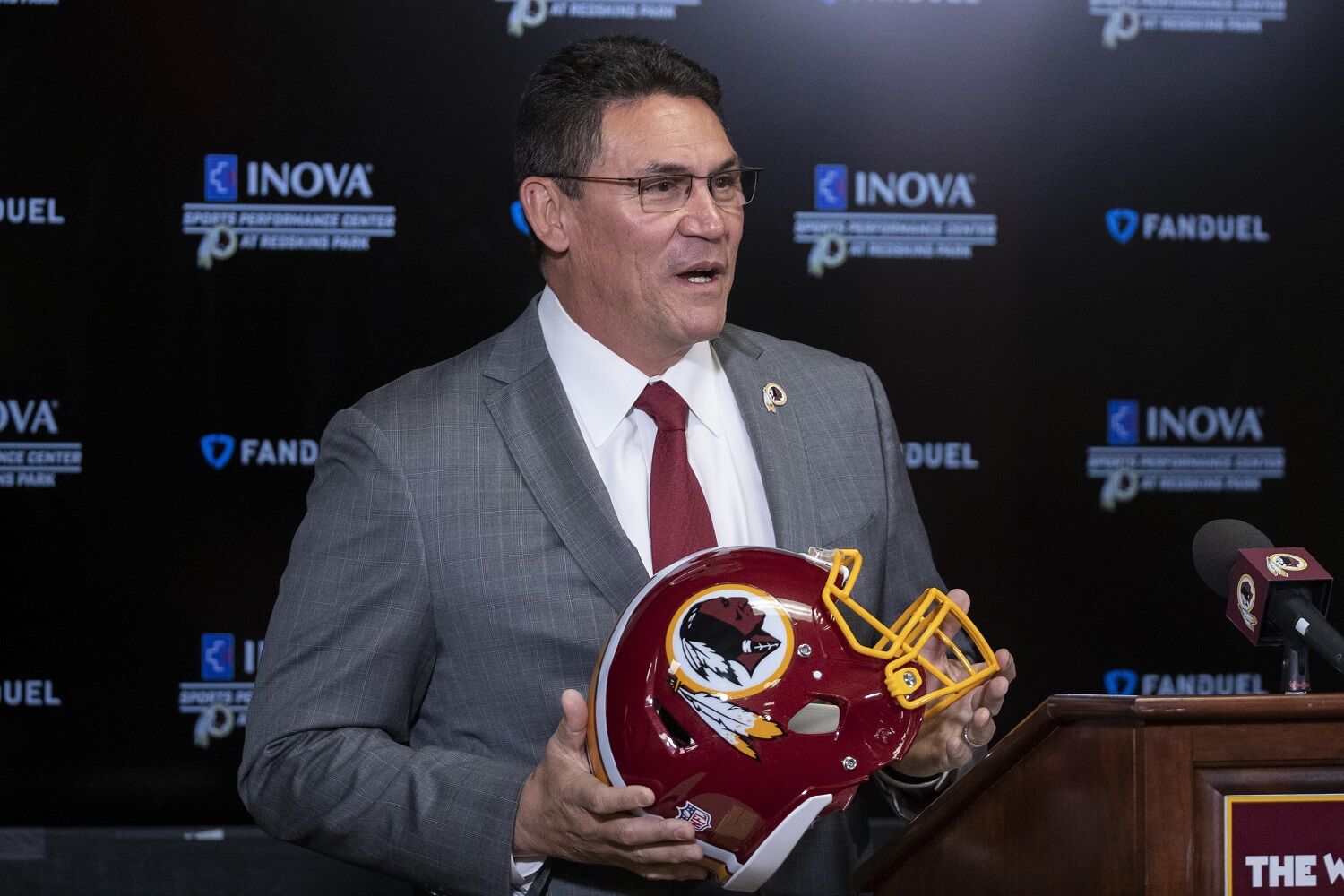 There’s a new head coach (and defensive coordinator) in town, but the Burgundy and Gold enter 2020 still without either a GM or team president, following Bruce Allen’s ouster. How will they address that void? If the head coach has any say in the hiring process, how will that dynamic play out? Will Daniel Snyder still meddle with top picks, specifically the No. 2 selection the ‘Skins now own heading into April’s draft? Can Ohio State’s Chase Young help kick start the turnaround from the defensive side of the ball? Can Rivera turn Dwayne Haskins into a top flight NFL starter? Has Ashburn fully shifted feeding from Tuscaloosa to Columbus? Rivera and Del Rio are the first two answers, but many more questions remain. 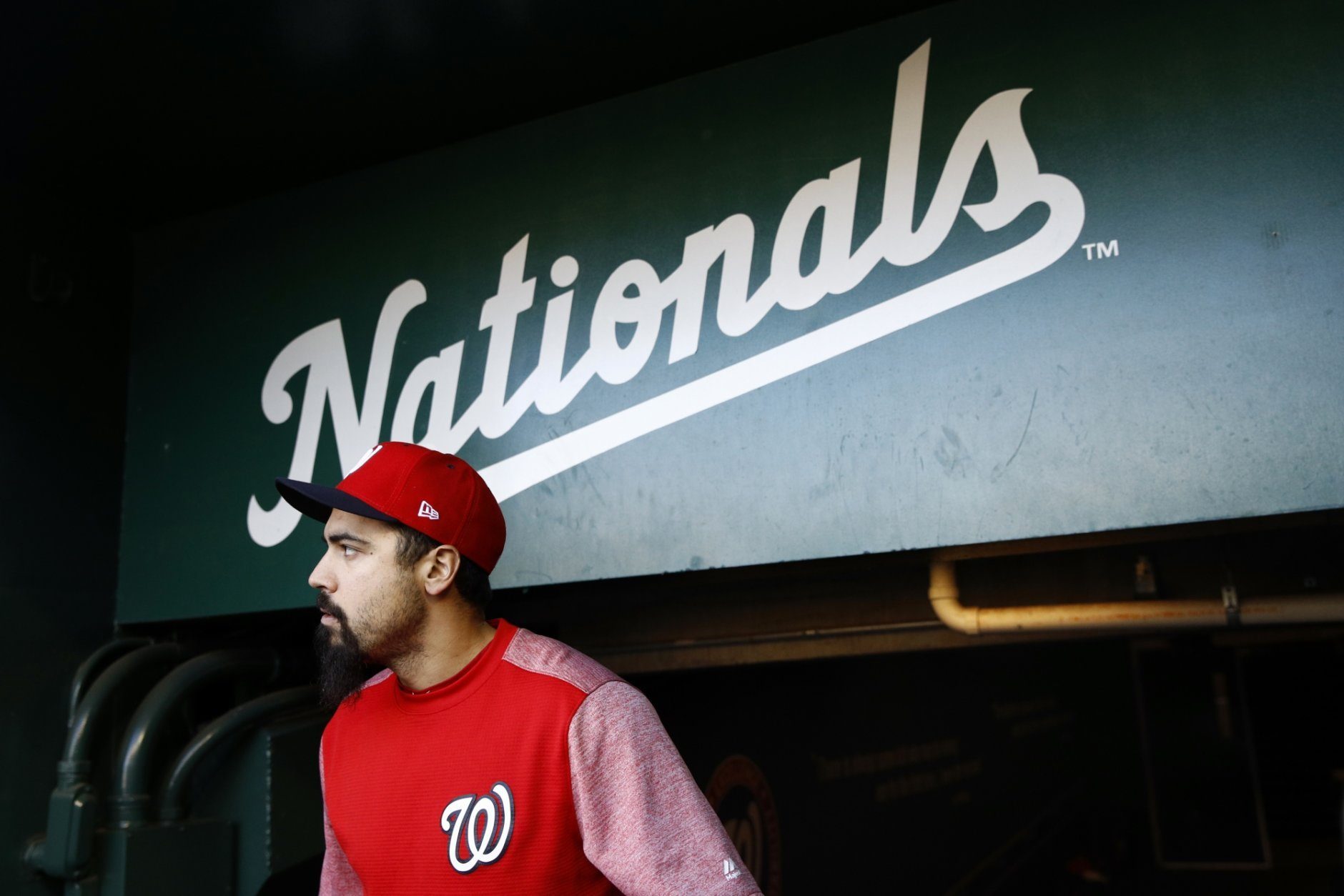 2/10
Washington Nationals third baseman Anthony Rendon walks out of the clubhouse to participate in a baseball workout, Friday, Oct. 18, 2019, in Washington, in advance of the team’s appearance in the World Series.

How will the Nationals replace Anthony Rendon?

The Washington Nationals are World Series Champions. They also haven’t won the NL East since 2017 and, after losing and not yet replacing Anthony Rendon, can’t be considered division favorites without some upgrades. Will they get Josh Donaldson, or will he return to Atlanta? How much will they be willing to give up in a trade for Kris Bryant or Nolan Arenado, and if those returns include big league talent, how much will that negate the gains? And if Washington can’t make a splash at third base to at least mitigate some of the loss of production that Rendon’s departure leaves both offensively and defensively, will the Nats try to make a major upgrade elsewhere? 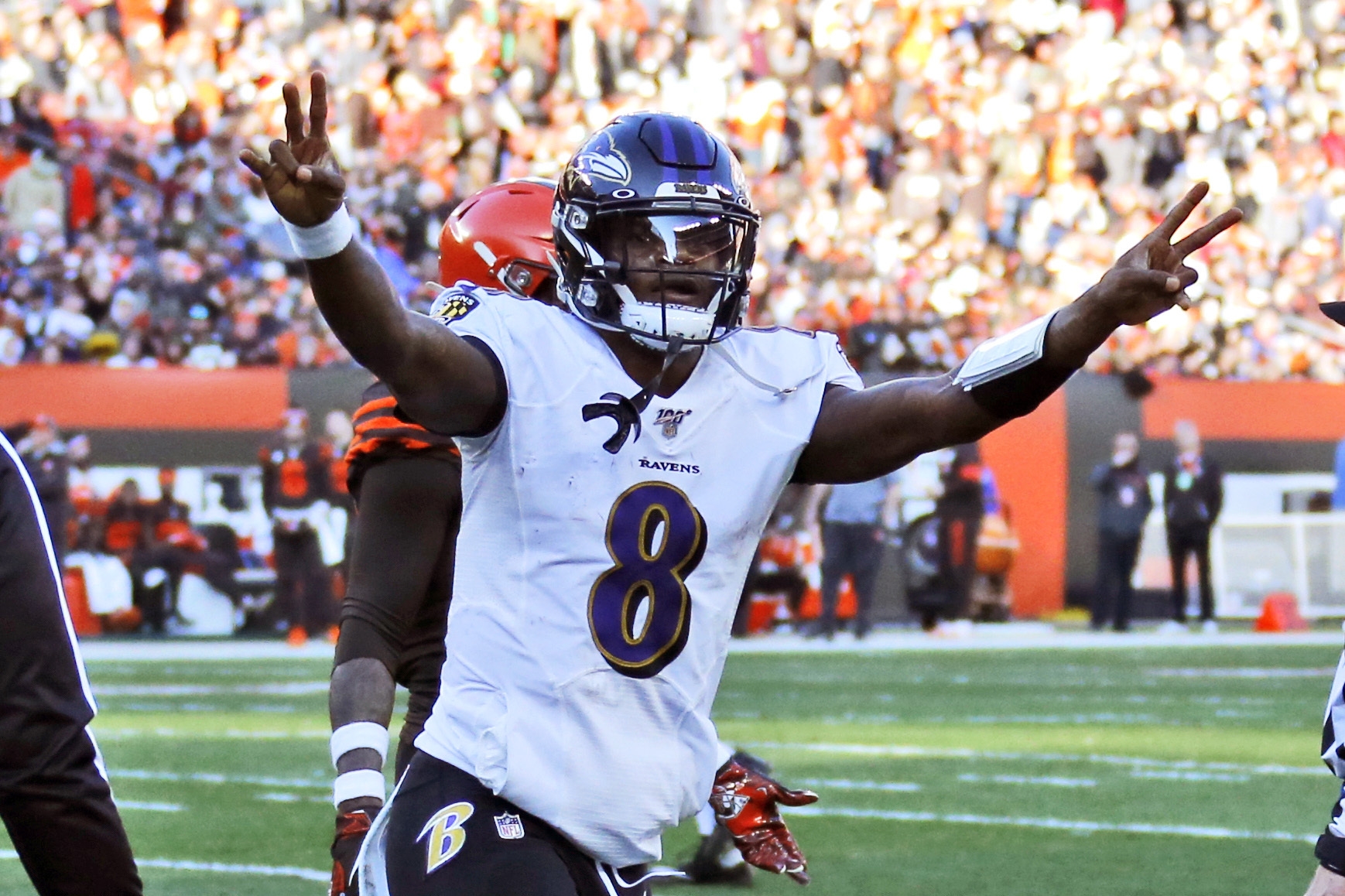 3/10
Baltimore Ravens quarterback Lamar Jackson celebrates a 12-yard touchdown pass to running back Mark Ingram during the second half of an NFL football game against the Cleveland Browns, Sunday, Dec. 22, 2019, in Cleveland.

Can Lamar Jackson pay off his MVP season with a title?

Lamar Jackson’s winning the NFL MVP. And with the New England Patriots giving themselves a torturous road through the AFC playoffs, the Baltimore Ravens are sitting pretty with both the first round bye and homefield advantage throughout the playoffs to get back to the Super Bowl. They’ll likely have to get past either the Pats or last year’s breakout team, the Kansas City Chiefs, to get there. But with a year as wide open as we’ve seen in a while, a title could set Jackson and the Ravens atop the heap as not only the best team in the game this season, but for years to come. 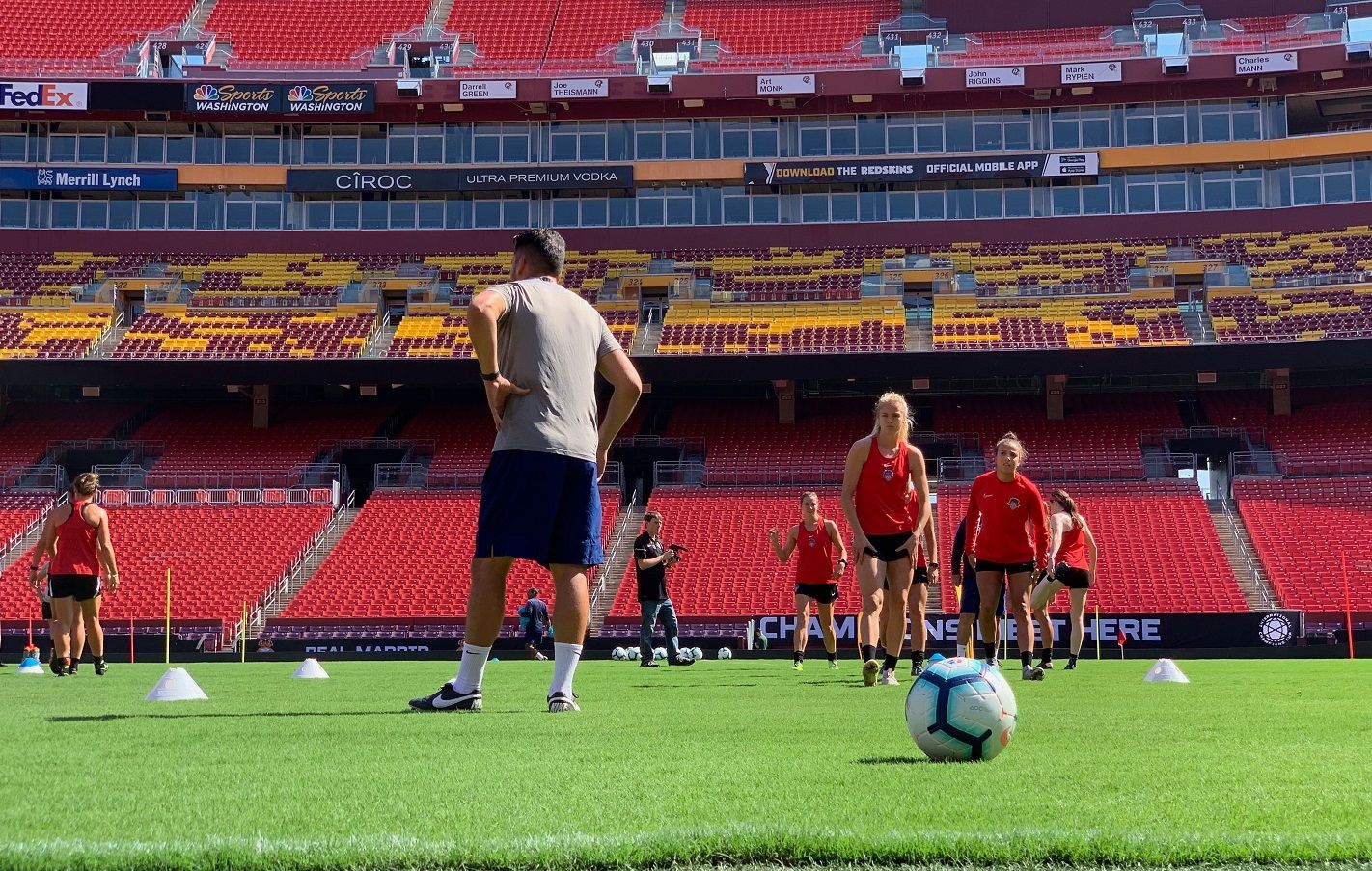 Is this the Spirit’s breakthrough year?

The ideal place of hope for any professional franchise is when the cupboard is full of young, promising talent. Last year’s leading scorer Ashley Hatch (24) will have support in full, hopefully healthy seasons from USWNT stars Rose Lavelle (24), Mallory Pugh (21) and Andi Sullivan (24). The club might lose all three for the Olympic break, but that’s only through Aug. 8, giving them plenty of opportunity to make a playoff push, especially with one of the league’s best keepers, Aubrey Bledsoe (1.05 GAA, 9 clean sheets in 24 games), in net behind them.

Can these Caps pull it off again?

The realities of hockey economics mean that, at the end of the year, the Caps will likely have to choose between keeping Braden Holtby and Nicklas Backstrom. While no team stays fully intact from one year to the next, the Caps went to great lengths to keep the core that won the 2018 Stanley Cup together in Washington these past two seasons. On some level, that will end this year. But will the Caps pull off another title before it does? After a scalding start, they’ve slowed a bit of late, but still hold the Metro Division’s top spot as the year begins. 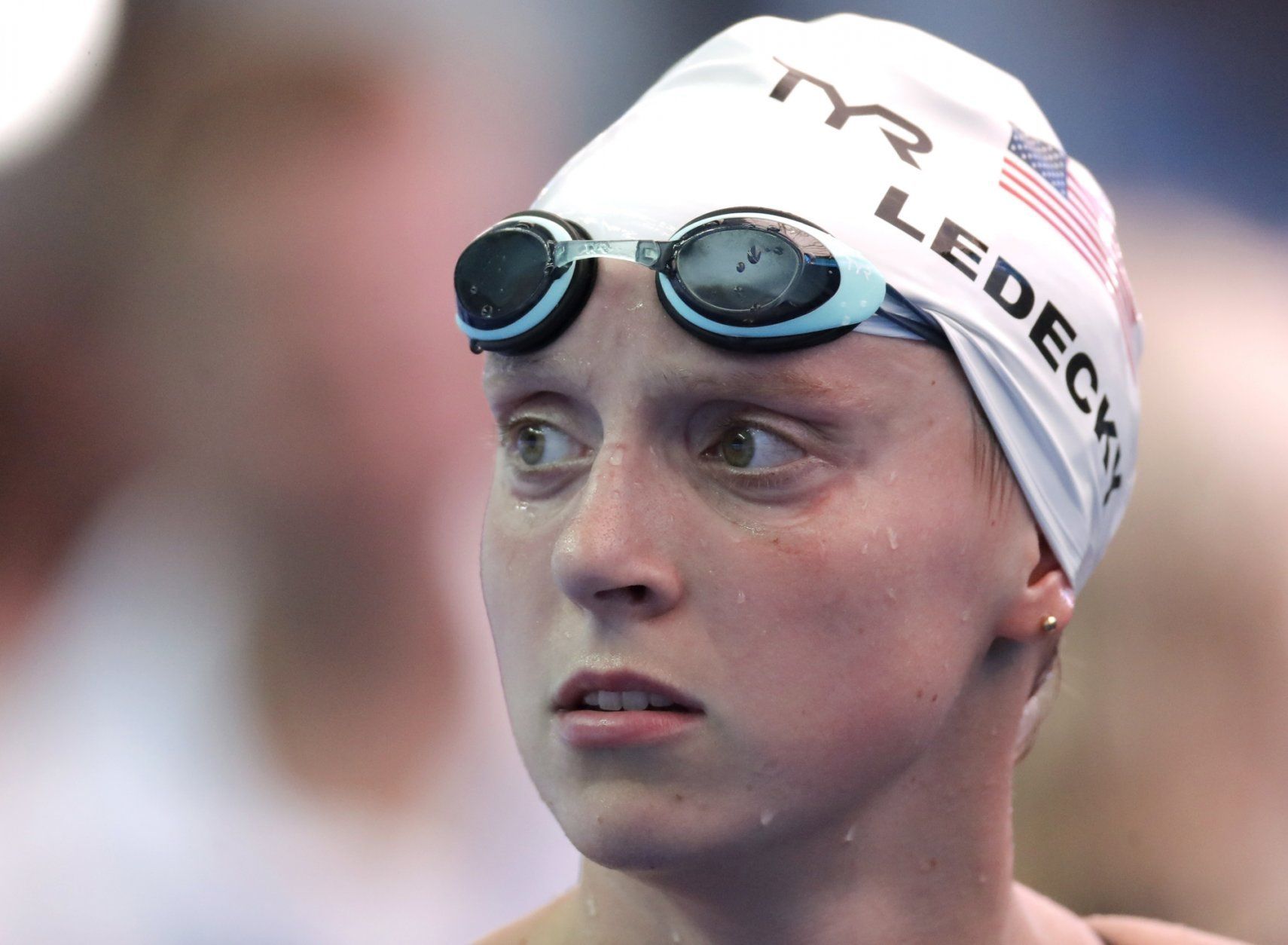 What will Katie Ledecky do next?

Amazingly, she’s still just 22, but that means the 2020 Summer Games in Tokyo are hitting right at her athletic peak. Ledecky is expected to take on a big load of events this summer, beyond just the 800 meter swim that shot her to superstardom. Will she dominate the Games like Michael Phelps did for a generation before her? Will she stake her claim as one of the greatest swimmers of all time? 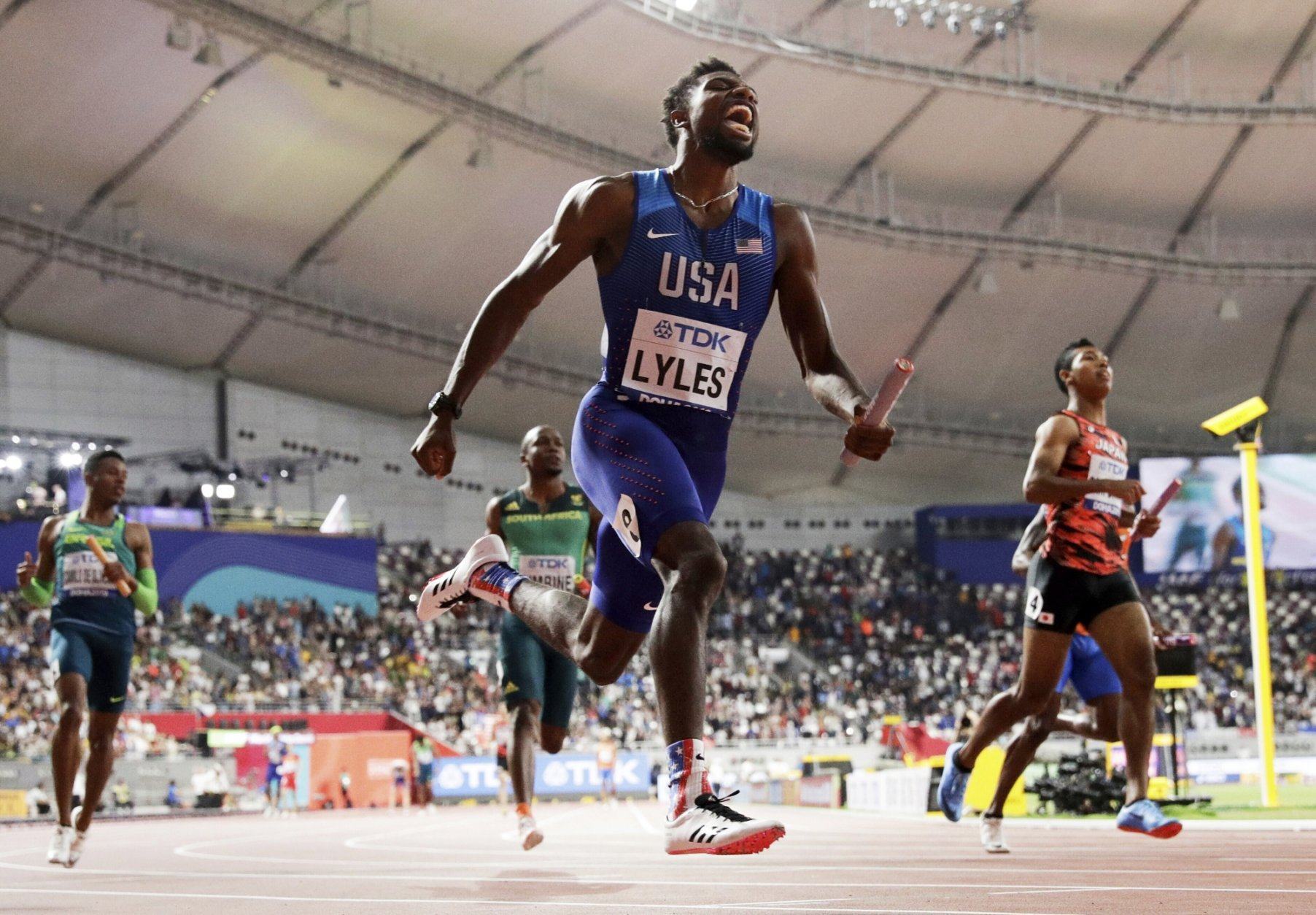 7/10
Noah Lyles of the United States leads the team to gold in the men’s 4×100 meter relay final at the World Athletics Championships in Doha, Qatar, Saturday, Oct. 5, 2019.

Speaking of 22-year-olds to know for next summer, if you don’t already know who Noah Lyles is, now is the time to learn. The T.C. Williams alum is the top American sprinter heading into the 2020 Games, fresh off a World Championship win in the 200 meters last year. Lyles skipped the 100 meters at U.S. Nationals in 2019, but he’s expected to run both in Tokyo, and will be a medal stand contender — if not the outright favorite — at both distances. 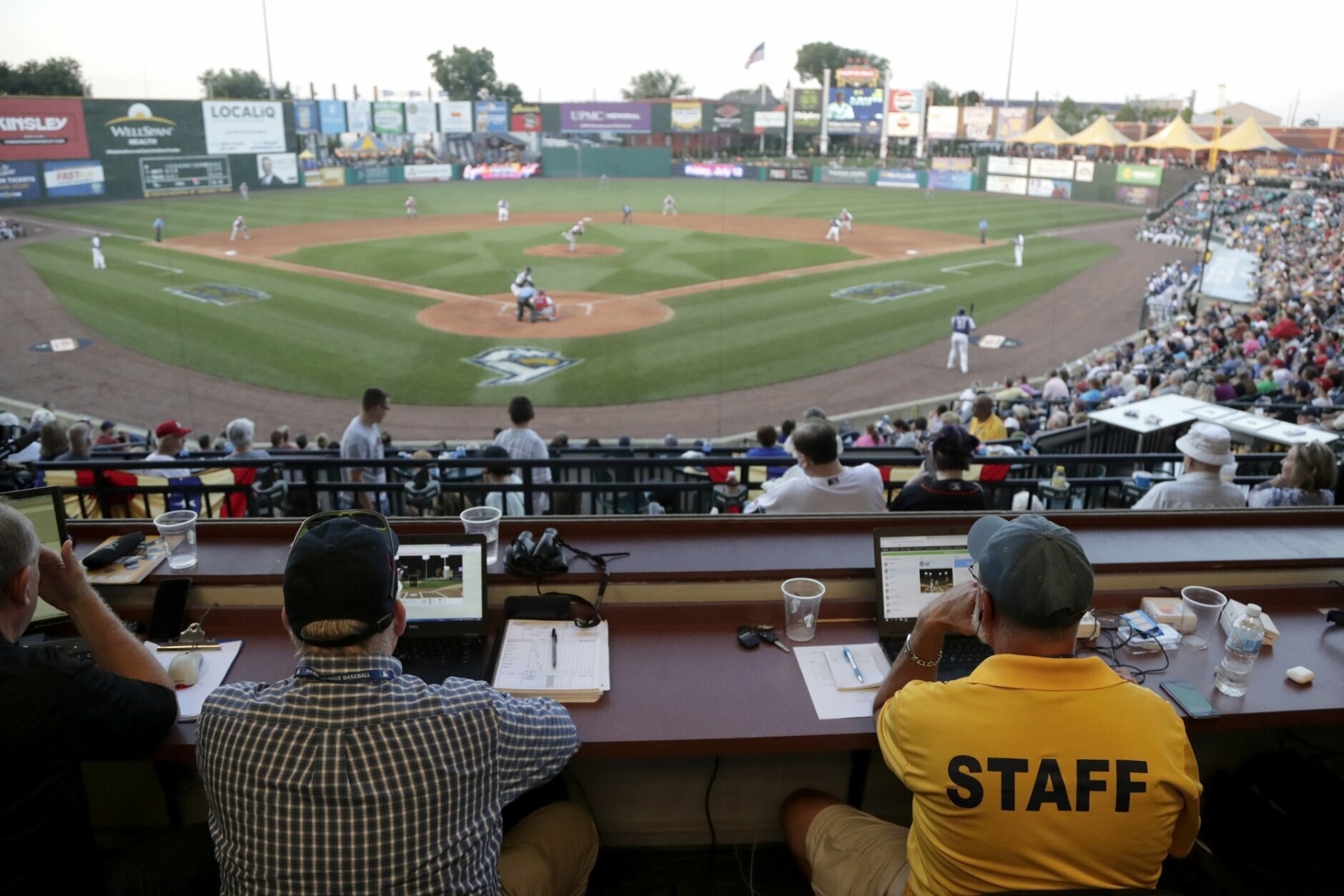 8/10
FILE — In this July 10, 2019, file photo, Ron Besaw, right, operates a laptop computer as home plate umpire Brian deBrauwere, gets signals from radar with the ball and strikes calls during the fourth inning of the Atlantic League All-Star minor league baseball game in York, Pa.

Despite swimming in record revenues while watching player payrolls fall, Major League Baseball is proposing cutting a full quarter of its severely, intentionally underpaid minor league workforce — including eliminating the Hagerstown Suns and Frederick Keys — all in the name of making even more money. As talks have escalated, so has the rhetoric from the commissioner’s office, threatening to walk away from 100 years of shared prosperity altogether. The two sides have until September before their current deal expires, but the longer things go without a viable agreement, the worse things will get. 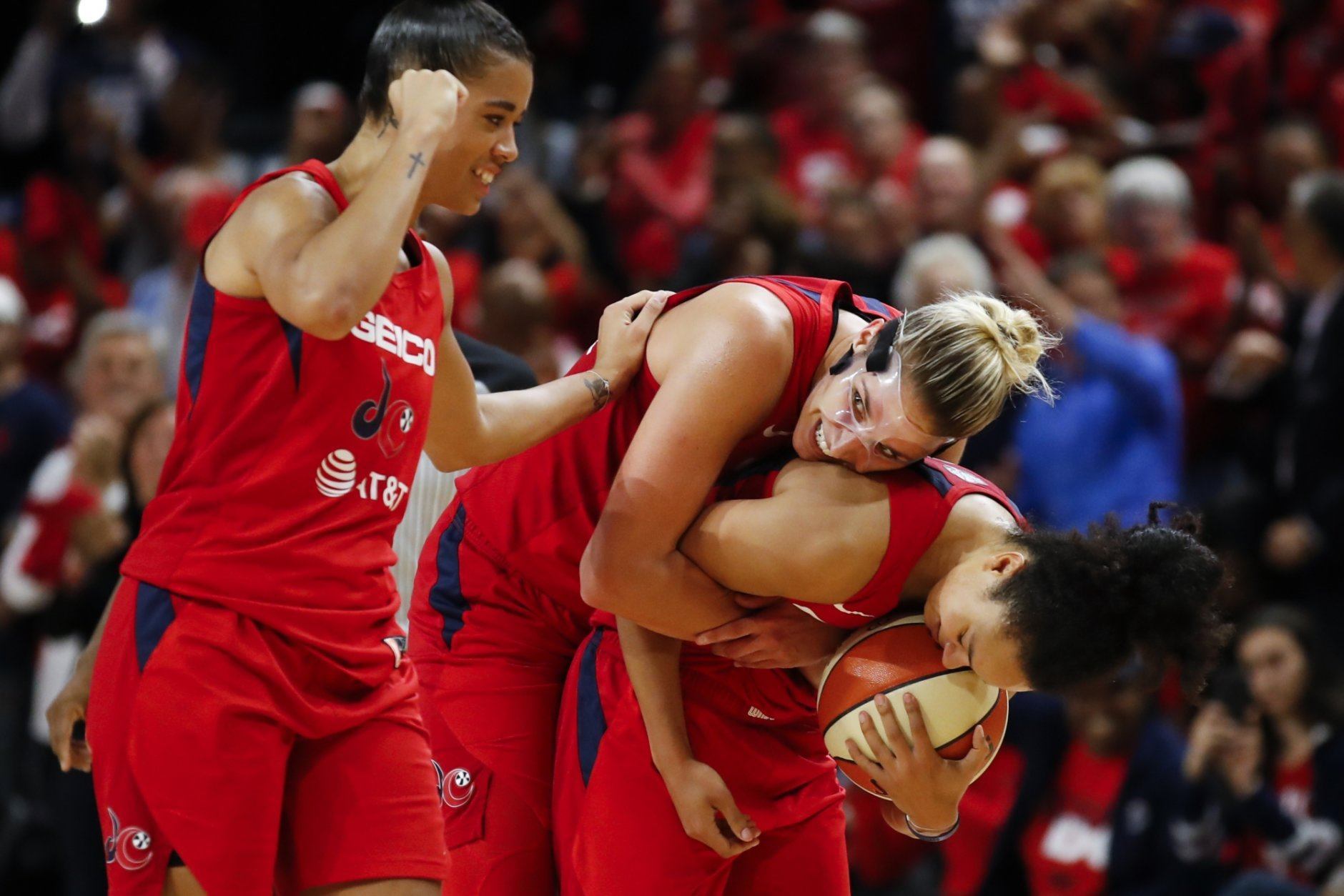 Can the Mystics run it back, again?

The Washington Mystics joined D.C.’s sudden championship glut with the franchise’s first title this fall. It signaled redemption from a lost shot at the title the year before when injuries were their undoing. But the biggest component in answering the question of whether they can repeat may not involve the Mystics at all. The Seattle Storm, who beat Washington for the 2018 title, were missing league MVP Breanna Stewart last season, who should be back in the fold for 2020. That created the potential for a definitive best-of-three titles championship showdown this fall. 10/10
Washington Wizards’ John Wall (2) sits on the bench during a timeout in the second half of the team’s NBA basketball game against the Boston Celtics, Tuesday, April 9, 2019, in Washington. The Celtics won 116-110.

This has been a pleasantly surprising (if not competitive) Wizards season, with potential future mainstays like Dāvis Bertāns and role players like Jordan McRae and Garrison Mathews emerging alongside promising rookie Rui Hachimura. But none of the above would have the kind of instant infusion of promise to Washington’s future as the return of a healthy, fully operational John Wall. Beset by multiple surgeries, Wall last played a full season in 2016-17, but he’s still not even 30. If he can return to his previous playmaking ways with a solid core around him and Bradley Beal, the Wizards could jump right back into the playoff mix next year. If not? That supermax extension could become an albatross that even masterful salary cap dodging can’t overcome.

Art Collector pulls away to win Blue Grass at Keeneland